From Pigskin Past To Record-Setting Cheers: Boning Up For Super Bowl LV

Will Brady lead the Bucs to a hometown victory, or will Patrick Mahomes secure back-to-back rings as the real M.V. Chief? 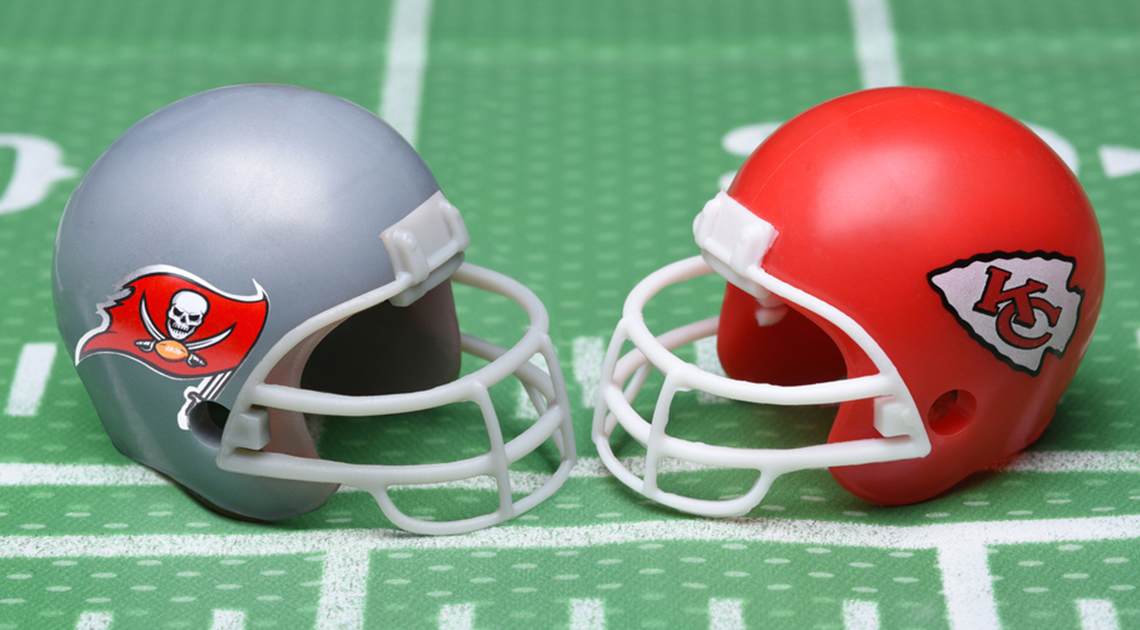 Super Bowl LV goes down this weekend and defending champs Kansas City Chiefs are taking on the Tampa Bay Buccaneers at Tampa’s Raymond James Stadium. This will be the first time in 55 years that a Super Bowl contender competes on its home turf—but that isn’t the only game-related curiosity worthy of snack table small talk. Let’s tackle a few of the game’s other conversation pieces.

In the early days, footballs were made from pig bladders.

Way, way back in football’s early days, a pig bladder was wrapped in leather and inflated by players to game-time perfection. Thankfully, the means of ball production has evolved—but the nickname sticks around to this day. Wilson Sporting Goods, which today manufactures approximately 700,000 football annually, has supplied the NFL’s footballs since 1941.

The first Super Bowl tickets were only $6 each!

Until this year’s game, the lowest recorded Super Bowl attendance was at its first contest in 1967—61,946 attended that year. Tickets that day averaged about six bucks! A juxtaposition to the entertainment spectacle we know the Super Bowl to be today, this 1967 game was not even televised! In fact, the only known recording was taken by a stadium employee and sits in a vault to this day. This year, attendance will be capped at just 22,000 fans—7,500 of which are healthcare workers who were selected to receive complimentary tickets.

And about that very first Super Bowl: The Kansas City Chiefs were at that one, too, facing off against the Green Bay Packers. Cheeseheads celebrated that day, as Green Bay walked away with a 35-10 win.

All eyes are on Chiefs star quarterback Patrick Mahomes, who was born with innate athletic talent. His father, Patrick Mahomes, Sr., was a pitcher for not just one but seven different Major League Baseball teams! In high school, the younger Mahomes played baseball as well and even threw a 16-strikeout no-hitter. He was drafted by the Detroit Tigers in 2014 but had bigger plans to play football for Texas Tech. He was eventually drafted again, of course, by the Chiefs in 2017. 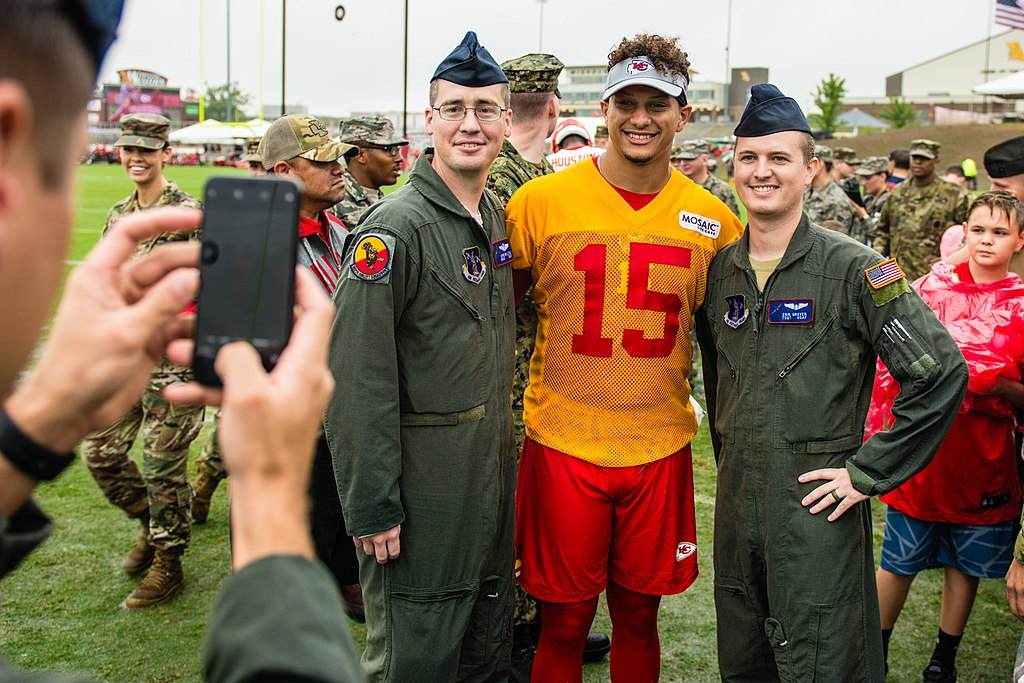 After enduring three years of losing seasons, Super Bowl LV marks the Tampa Bay Buccaneers’ first appearance since 2003, when they emerged victorious (that year was also their first Super Bowl appearance). They’ve got a star quarterback, as well: Tom Brady, who’s already competed in the Super Bowl a record nine times. At 43, Brady holds nearly every quarterback record on the books. Like Mahomes, Brady was first drafted by an MLB team—the Montreal Expos—but opted instead for a future in football. By leading the New England Patriots to a victory in 2002’s Super Bowl XXXVI, Brady became the youngest-ever quarterback to win a Super Bowl in just his second season. 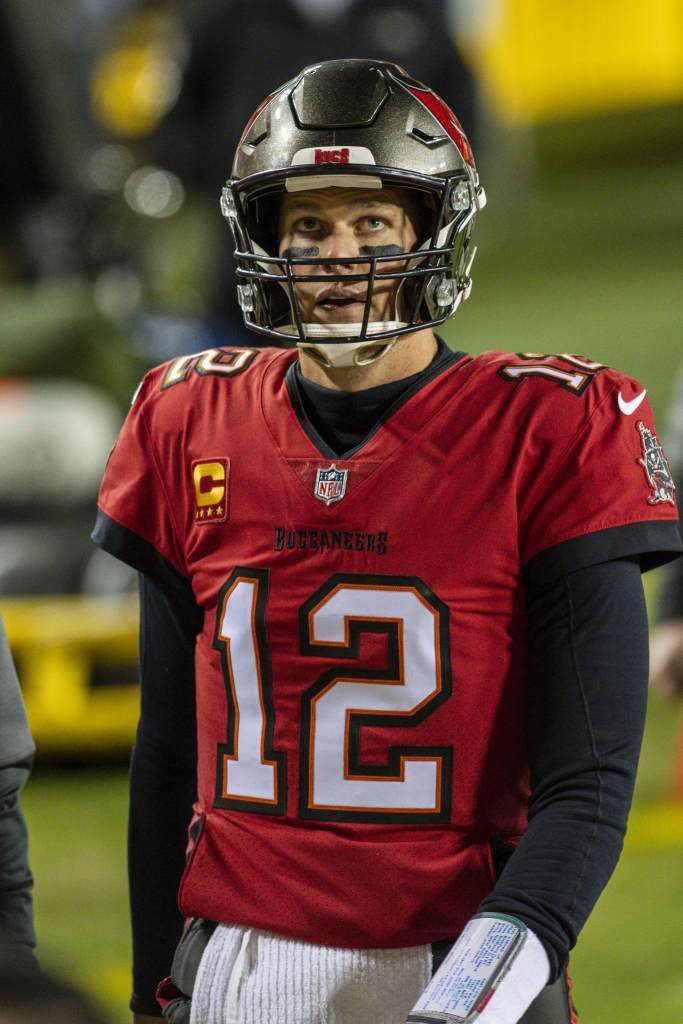 The halftime show was once performed by marching bands.

Of course, plenty of us tune in specifically for the halftime show, during which pop music’s biggest stars shine bright. Coldplay, Lady Gaga, and Bruno Mars are a few in recent memory—a far cry from marching bands performing “The Sound of Music,” which kicked off the very first Super Bowl’s halftime show. In fact, almost all of the halftime entertainment in early years was delivered by marching bands: tributes to Duke Ellington and America’s Bicentennial, among them. Chubby Checker appeared in 1988, but the first time a full-blown contemporary pop sensation took to the stage was in 1991, when New Kids on the Block performed. Their full set didn’t air, however, due to Gulf War-related news updates. Despite their precedent-setting appearance, the “Boys in the Band” don’t all look back on the experience fondly; it seems the memory is one that’s still “Hangin’ Tough” for some.

Tampa Bay has ended with the same final score on 11 different occasions!

Wondering where this year’s Super Bowl final score might land? Tampa Bay’s most frequent final score is Tampa 20, opponent 17. It’s happened a remarkable eleven times—but, not once during any of the team’s last eight seasons. The record for the biggest blowout was at Super Bowl XXIV when the San Francisco 49ers topped the Denver Broncos by a whopping 45 points!

The Chiefs have volume on their side, however. Kansas City football fans hold the world record for loudest stadium cheers, recorded at 142.2 dbA. With limited attendance at this weekend’s game, fans who do make it into the stadium will have their work cut out for them.

Will Brady lead the Bucs to a hometown victory, or will Patrick Mahomes secure back-to-back rings as the real M.V. Chief? Tell us your predictions in the comments below!