Funeral Homes Were The First To Provide Ambulances

Law enforcement had a list of funeral homes they would call for emergency assistance. 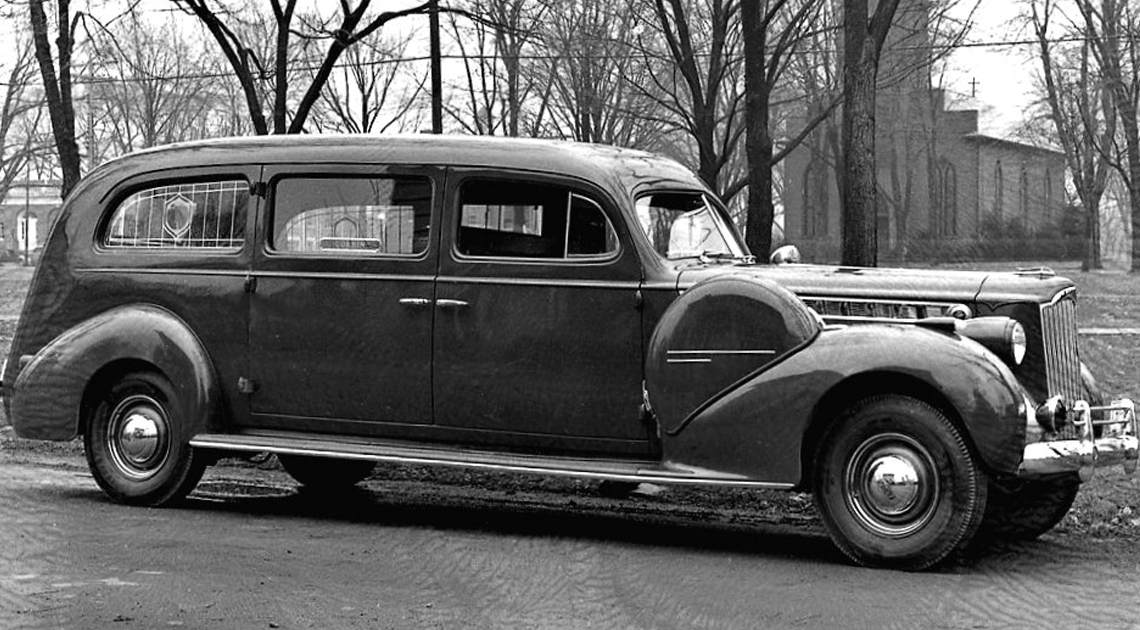 Ambulance services became common after the Civil War, and funeral home directors were some of the first to get in on the gig. In the early days, the lifesaving vehicles were powered by horses and featured sparse equipment—usually just a stretcher, blanket, and some whiskey to numb the pain. 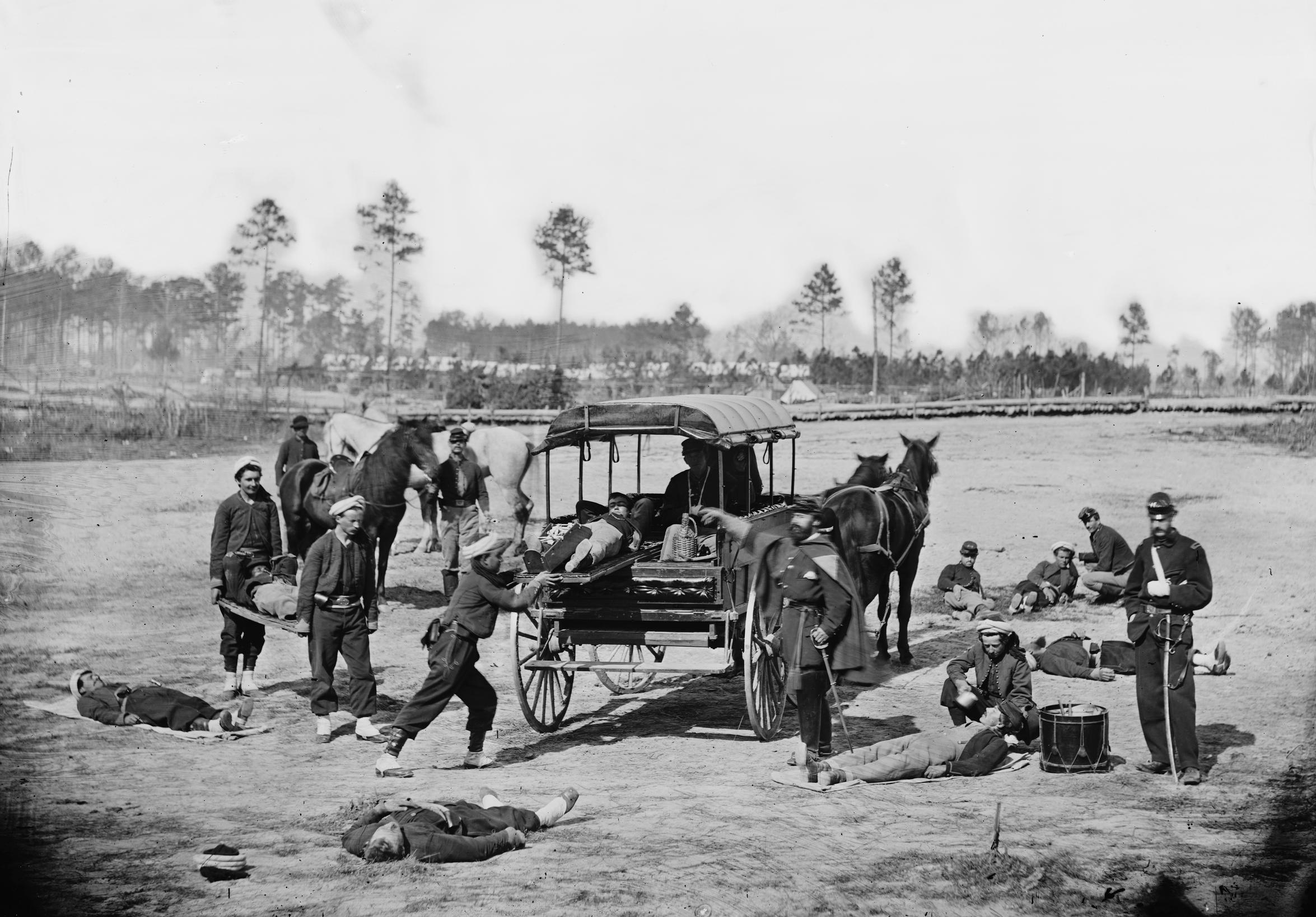 Funeral directors were involved in the ambulance business through the early 1970s. It made sense, as a major requirement for transporting patients was a vehicle that could accommodate a person lying down—hearses were perfect for the job. Not only that, those in the funeral business were also available 24 hours a day and had some medical know-how.

Hearses served as both vehicles to transport coffins to funerals and to take sick and injured individuals to hospitals. These vehicles required just a few quick changes to serve one purpose or the other. By the 1960s, more than 50 percent of ambulances were hearses, station wagons, trucks, and vans. 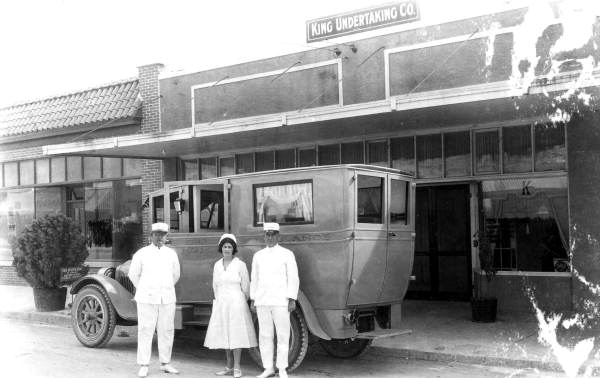 Funeral homes typically had at least one vehicle that doubled as an ambulance, according to Kevin Kirby, a coroner and owner of J.C. Kirby & Son Funeral Chapels in Kentucky. Eventually, the ambulances were equipped with two-way radios and oxygen. Law enforcement had a list of funeral homes they would call for emergency assistance. Police officers even helped funeral directors load patients into the ambulances. 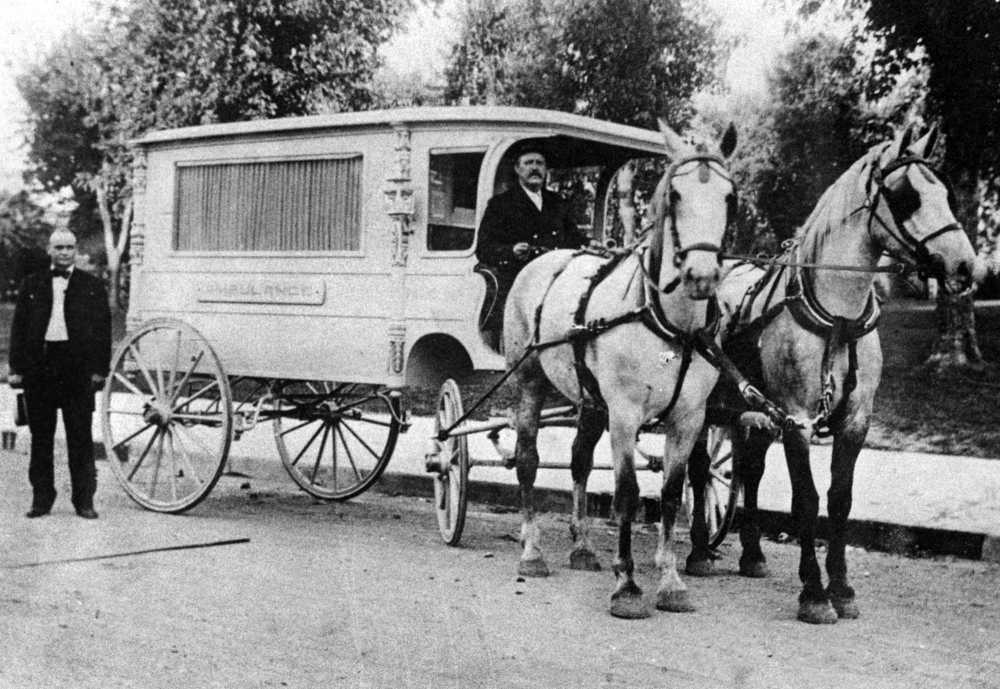 A photo from Cape Girardeau, Missouri, taken in 1911 depicts Southeast Missouri Undertaking Co.’s new ambulance, which was the first one in the county. The image shows embalmer E.P. Thomas at the back of the vehicle. A newspaper at the time described the vehicle as “one of the latest designs” and “equal to those used in the largest cities.” The undertaking company also received a new hearse on the same day.

Cape County’s ambulance had alarm signal gongs and was ahead of its time by providing a speaking tube that fostered “instant communication” between the driver and attendant. The horses and equipment were on call 24/7. The majority of patients involved injured or sick passengers from the county’s railroad depot.

The horses were replaced with modern motorized ambulances in 1917. By 1968, nine funeral homes in Cape County had ambulances, but that year they stopped providing services due to new regulations on medical transport.

The ambulance business changed drastically in 1966 after Congress passed the Highway Safety Act, which set regulations on ambulance design and emergency medical care. New standards on medical training, equipment and vehicles made it hard for funeral homes to abide by the regulations. Ambulance services also became very costly. This forced many funeral directors to give up the ambulance side of their businesses. Hospitals, fire departments, and private and volunteer operators took up the slack.

By the late ’60s and early ’70s ambulances transformed from basic transport vehicles into mini mobile hospitals. This was partially due to the Vietnam War, which expanded trauma treatment and demonstrated that well-trained combat medics who didn’t have medical degrees could save lives by providing on-the-spot care.

Next post Mama Lou, A Strongwoman In A Strongman’s World