Exhibit No: BION5054 - They claimed their enemies heads and displayed them—reduced to fist size—as war trophies. 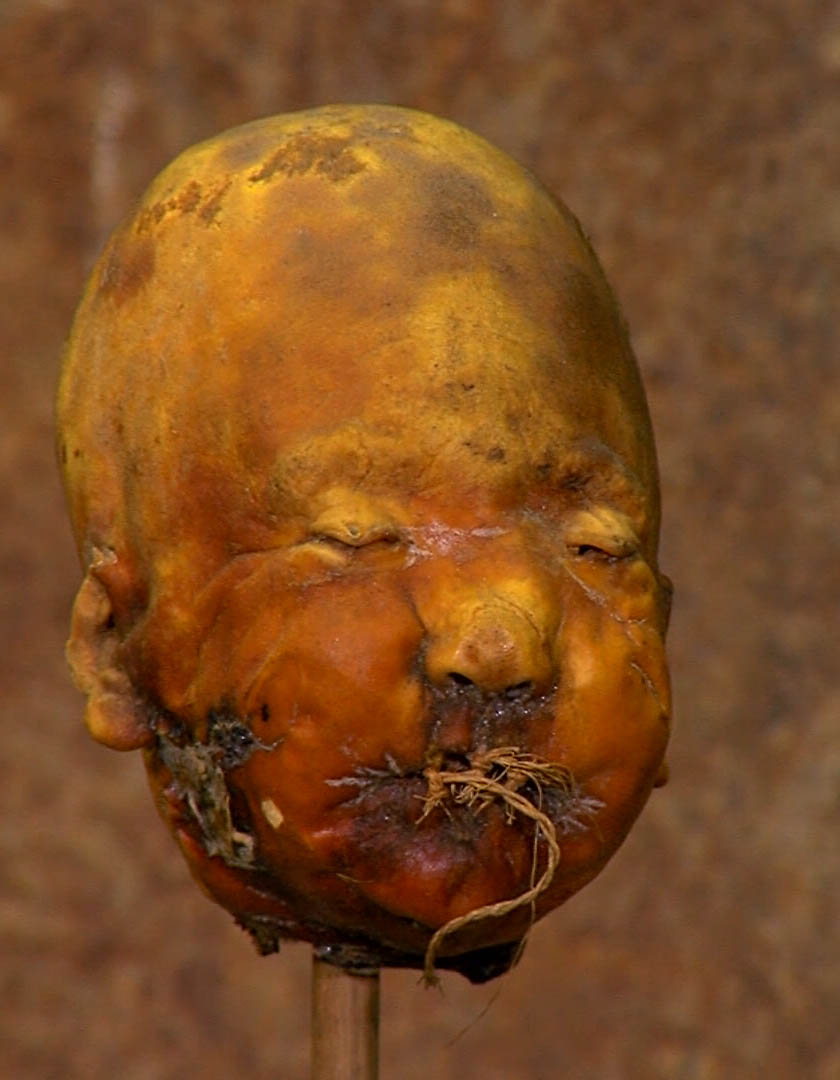 Shrunken head from the 15th Century

Believe It or Not, this head came from  a normal sized person!

The Shuar (Jivaro in Spanish) Indians of Ecuador claimed their enemies’ heads as symbols of bravery and displayed them—reduced to fist size—as war trophies.

How do you make a shrunken head?

To shrink a head, the Shuar would cut an incision in the back of the neck and peel the skin away to remove the skull. Hot stones and sand were poured into the vacant cavity and the head was boiled in a broth of secret herbs.

Finally the miniaturized head, known as a tsantsa, was cured over an open fire to give it a distinctive leathery texture.

From War Trophies to Souvenirs

In the 17th– 19th centuries heads were shrunken as ritualistic tribal war trophies, but by the 20th century they were being made using whatever heads could be obtained—including white European explorers—as articles of trade exclusively for tourists!

Next post Fireball Run & "It Happened One Night" Miniature Oscar