GIANT SLOTHS OF DOOM: Ground Sloths and Their Tunnels

Besides being adorably cute, present-day sloths come in two and three-toed varieties and are closely related to anteaters and armadillos. They lead solitary, peaceful lives hiding from predators in treetops only coming down to find food, a mate or relieve themselves. Believe it or not, only descending ONCE A WEEK to do so. It takes a sloth about 6 hours to go to the bathroom and back, a month to digest a leaf and about a minute to move 15 feet. These quirky cuties, however, are very different from their ancestors, the prehistoric giant ground sloth. These beasts were as intimidating as they sound! 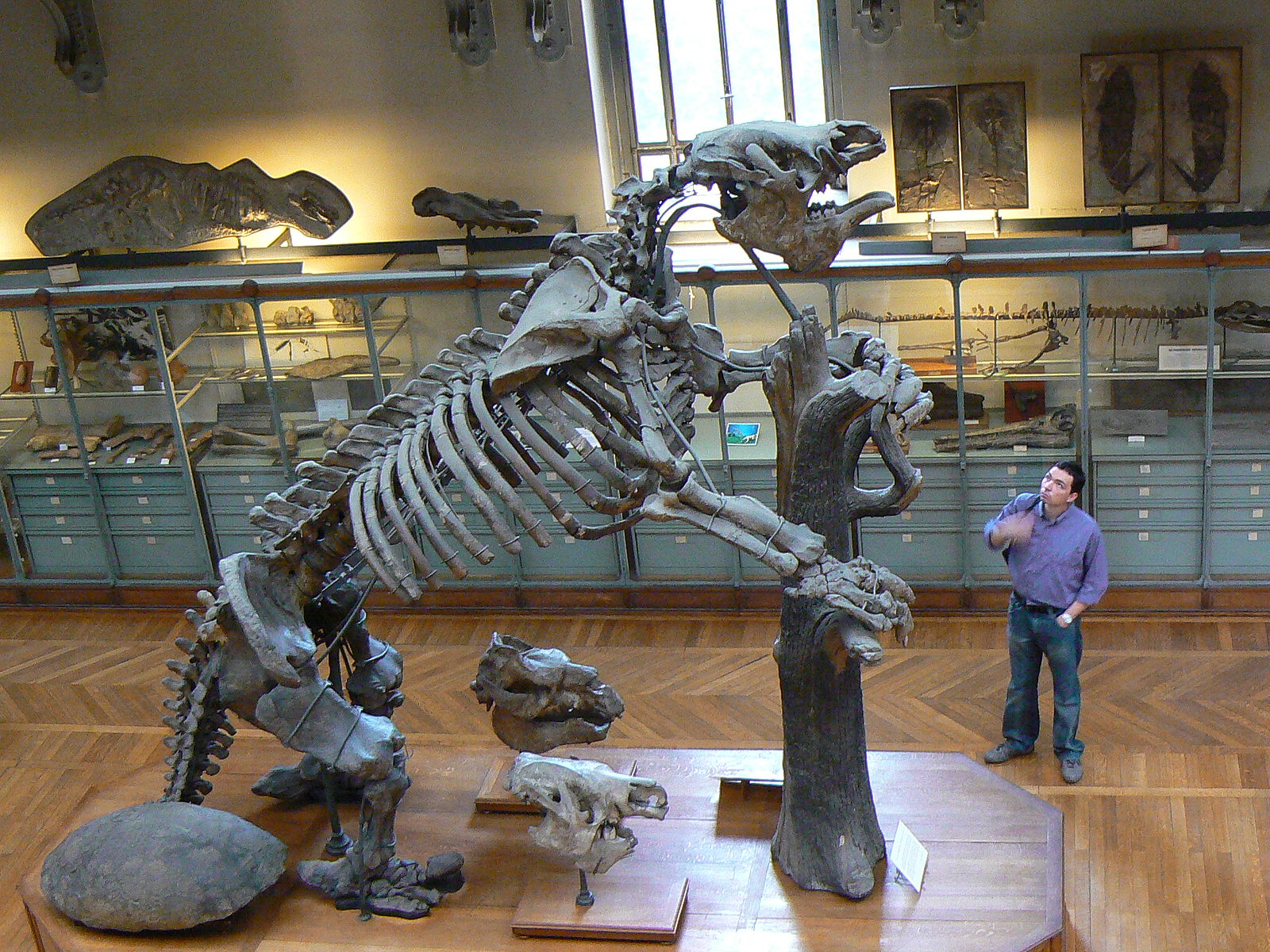 Paleontologists have identified fossils of at least 23 types and sizes of prehistoric sloths with the largest, the Megatherium—“giant beast” in Latin—measuring 20 feet in length and weighing in at a whopping 7 tons. They also had the capability of walking on two feet.

Early on, it was believed that this behemoth used its large claws for climbing trees, but really, what treetop could have held such a beast? Later, scientists realized giant ground sloths led a subterranean lifestyle, using their large, powerful claws to dig. Tunnels excavated by giant sloths in ancient South America still exist today.

Some are simple shafts while others are complicated works of underground engineering, with branching passages that twist and turn to form networks—the longest stretching 130 feet from end to end. Giant claw marks can be found on the walls thanks to their great strength, which is another contrast to their cuddly cousins.

While today’s sloths may seem like they have superman strength and limbs of steel, clinging on to trees with their death grips, they are actually only 25% muscle. This lack of muscles mass means they can’t even shiver when they are cold!