When Civil War soldiers were injured at the Battle of Shiloh, their wounds emitted something they called Angel's Glow. If only they'd known the truth. 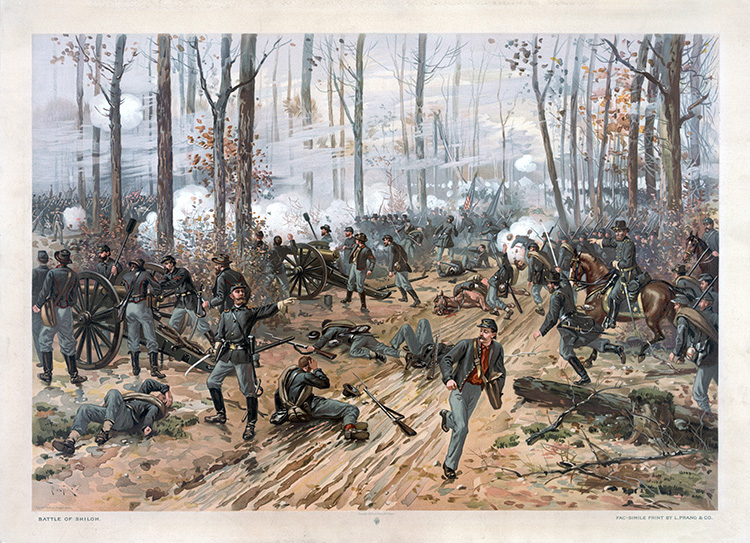 Battle of Shiloh|CC Library of Congress

During the Civil War, the Battle of Shiloh produced more than 23,000 casualties and was the bloodiest battle in American history at the time.

On April 6, 1862, Confederate soldiers surprised Union soldiers camped near the Tennessee River. The Confederacy made a strong showing that first day, but Union reinforcements arrived the following day and ended the battle.

The fact that the South nearly won this decisive fight wasn’t what was so illuminating about the battle. Following the fight, the surviving soldiers were stuck waiting for medics to arrive, sitting in the rain and mud for two days straight. As night fell on the wounded survivors, they noticed something creepy: their wounds were glowing.

Ignoring the fact that glowing might not be the most tactically intelligent situation for war, the fact is that the human body shouldn’t glow. And as if a gaping flesh wound isn’t scary enough, imagine looking down at your bullet wound and seeing a light blue glow coming from it.

At a time when a small cut could get infected and kill you, I doubt glowing battle wounds would have been a welcome sight. But as the soldiers ended up in field hospitals, they started to notice that the ones afflicted by the glowing had a better survival rate than the ones who didn’t.

As a result, the strange phenomena came to be known as “Angel’s Glow.”

The Bright Light of Truth 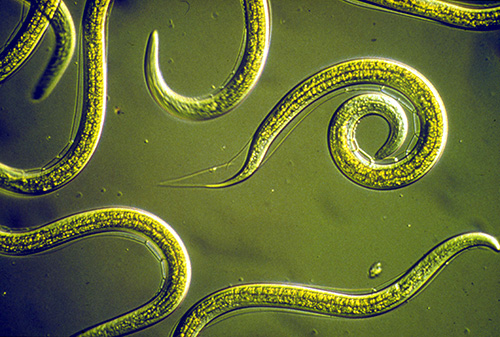 While the soldiers might have thought it was the healing touch of angels causing their wounds to glow, the truth isn’t as comforting.

Nematodes, or roundworms, are a typically parasitic worm. There are thought to be a million different kinds of nematodes, but the ones in question fed on insects found in the dirt and mud in the area.

These nematodes hunt for insect larvae in the mud, burrow into their bodies, and then regurgitate a bacteria into the larvae which kills the host from the inside out. This bacteria is called Photorhabdus luminescens, and it’s bioluminescent and glows a soft blue.

The soldiers had nematodes living in their wounds vomiting up a kind of bacteria! The idea of having roundworms in your gunshot wound is gross, but the ability to see the bacteria they’re vomiting is a new kind of creepy.

Luckily for the soldiers, the P. luminescens were working to devour the germs and bacteria that otherwise would have lead to an infection. So having worms might not be a bad thing.. But just for the record, if I’m ever injured on a battlefield, I’d much rather a round of antibiotics to this alternative.

Next post Robert Chesebrough ate a Spoonful of Vaseline a Day

Previous post A Giant Squid's Food Passes Through Its Brain