Secrets Of A Greek Fire Grenade From 800 A.D.

Greek fire was said to burn when it came into contact with water or even mere sunlight! 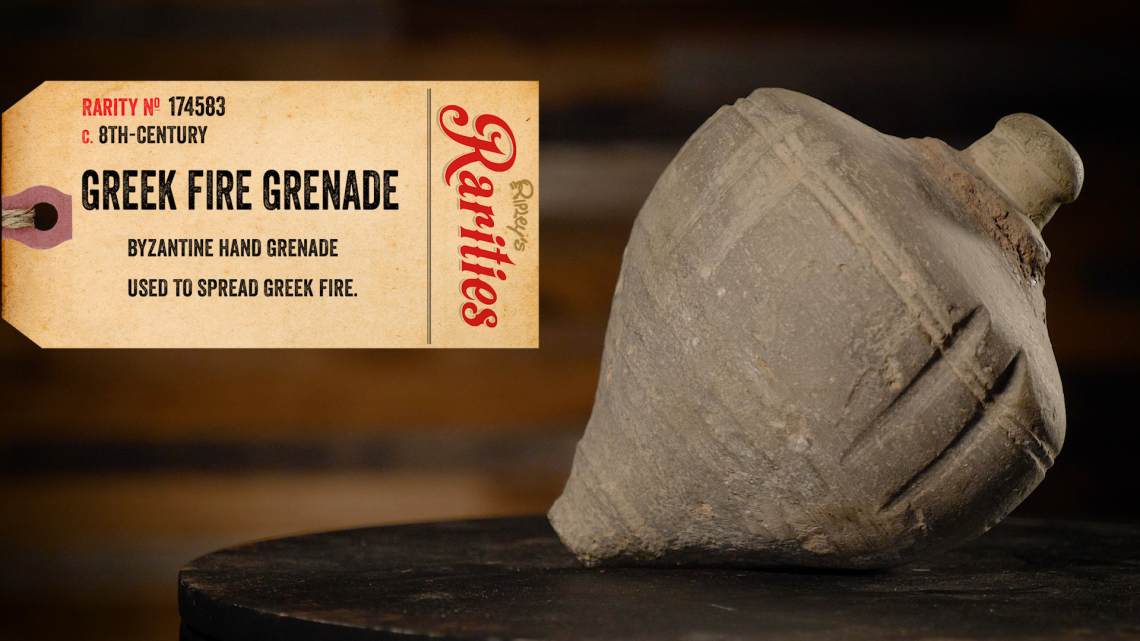 Greek fire was a weapon wielded by the Eastern Roman Empire for centuries. Militaries used the combustible compound to raze ships, besiege cities, and secure the survival of empires. Despite Greek fire’s importance, its chemical composition was lost to history…

Fire has been one of the deadliest weapons of war since ancient times. Everything from fire arrows used against siege engines to napalm used to burn forests in Vietnam, fire has been a near-universal element of destruction throughout history.

Though flammable petroleum mixtures had been slung from catapults and applied to arrows before, the development of Greek fire by the Byzantines proved a step up in thermal warfare. 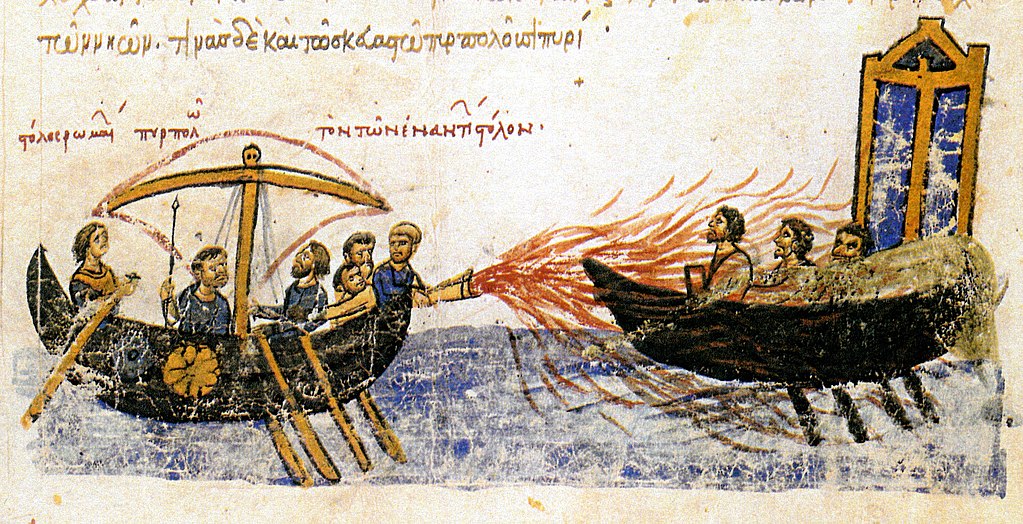 As the Greco-Roman world fought to repel Muslim Conquest, Greek fire became an indispensable weapon for destroying wooden ships. No one is certain of when or how Greek fire originally came to be, but many believe it was the combined product of chemists and scholars working in Constantinople.

The stories of Greek fire are varied and exaggerated. In some, the compound ignites when it touches water or if it is exposed to sunlight at all. What we’re sure of, however, is that Greek fire was sticky and could burn atop of water.

While Greek fire could be used like older compounds and be slung inside ceramic grenades or pots, Byzantine ships could also project Greek fire like a flamethrower from ship to ship using bellows and siphons.

The fire became such an essential weapon that keeping its formula a secret became paramount. According to some stories, the recipe was whispered to Emperor Constantine himself by an angel, and anyone who attempted to divulge it to enemies would be struck down by holy thunder.

While the mystery of Greek fire’s composition has become a sensation itself, the story of its secrecy likely made it an even more effective form of propaganda. Exaggerated stories, the fire’s ability to burn on water, and the loud noises it made while ignited would have made the Byzantine forces all the more frightening.

Greek fire could be delivered via large ship-mounted siphons, handheld flamethrowers, or in the form of grenades. These grenades were light enough to be tossed by hand, left in the road to be stepped on by horses, or could be hurled nearly 500 yards by small catapults.

Next post Is It Dangerous To Wake A Sleepwalker?

Previous post A Beast In The Woods: The Legend Of Boggy Creek