The Morbid Remains Of A Harpy Eagle Home

Researchers at the Harpy Eagle Conservation Program watched from the ground as a mated pair of harpy eagles tended to their egg. The parents would hunt and guard the egg, bringing their prey to the nest to eat. After their family feast, the occasional body part would rain down from the tree while the remaining accumulated in the nest—like a collection of oddities. But after two months of this behavior, the diligent eagle parents abruptly stopped paying visits to their nest.

This odd activity—or lack thereof—puzzled Dr. Alexander Blanco, a vet at the Fundacion Esfera; something unusual was happening in this nest. Dr. Blanco scaled the tree to investigate. There, he found an abandoned harpy egg, as well as a treasure trove of other items.

Amidst the remains of the nest, Dr. Blanco uncovered beaks, nails, skins, feathers, hair, and armadillo shells. There were pellets, or “Egagrópilas,” which are balls of material that the birds can’t digest, like hair and bones, so they regurgitate them.

There were also dozens of bones: arms, legs, backbones, pelvises, and skulls. The skulls, in particular, looked eerily familiar—almost human. 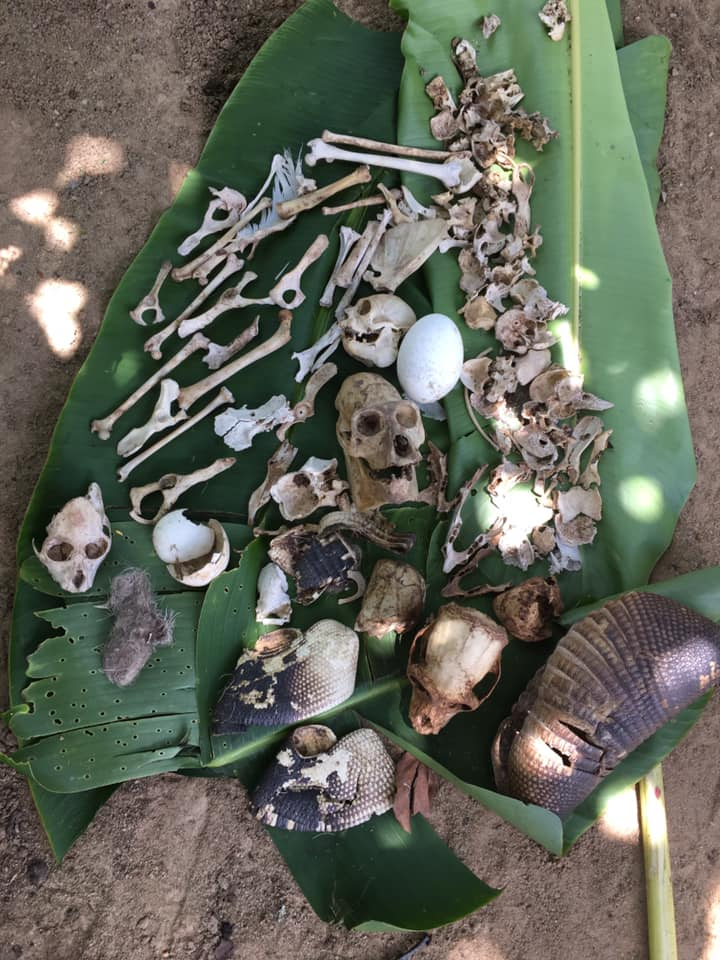 Of course, the harpy eagle doesn’t hunt humans—as far as we know. As for their typical diet, these eagles are on the hunt for all sorts of monkeys that share their Venezuelan habitat. They also eat armadillos and almost any other animal they can get their claws on. Weighing in at about 11 pounds and equipped with sharp beaks and talons, it’s nearly impossible to escape a harpy eagle once it has you in its grasp. As formidable predators, harpy eagles are basically at the top of their food chain. Even larger predators, like ocelots and jaguars, rarely attack these birds.

The researchers examined and documented the contents they found within the nest—all the refuse and leftover material from their meals, as well as the dead egg that the eagle parents left behind. From their research surrounding harpy eagle nests, they found that the animals have a wide, carnivorous diet. In fact, they eat so much meat that they often incorporate bones into the structure of their nests! 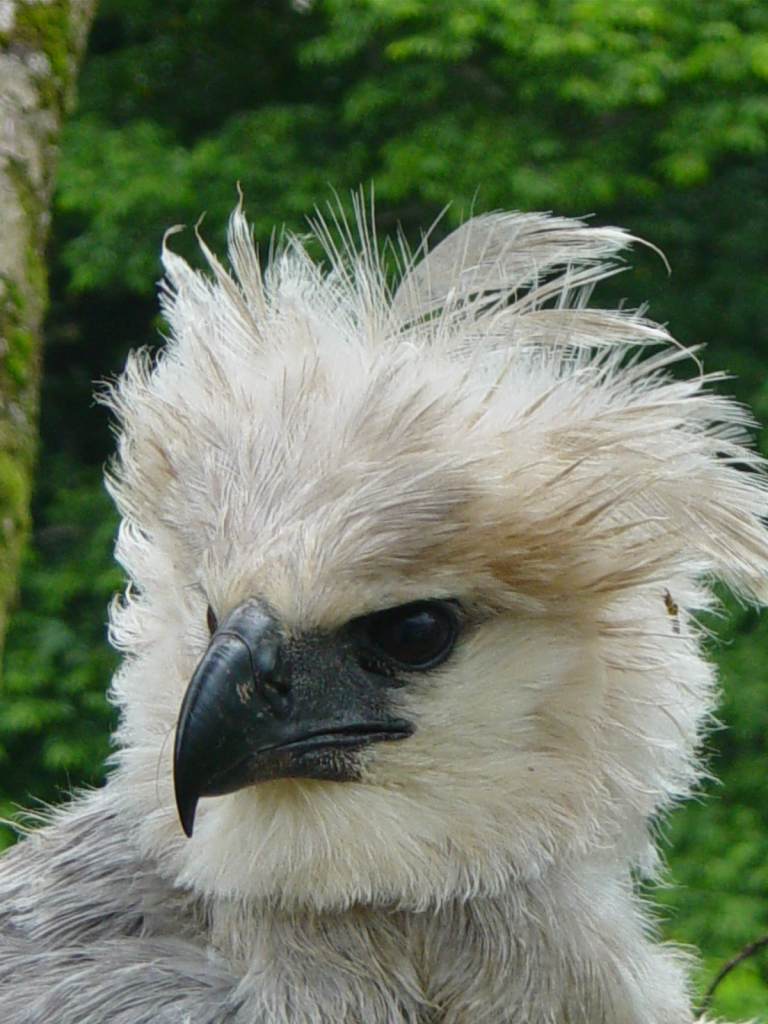 A month and a half later, the pair of eagle parents returned to their now-empty home. “Indeed, the eagle realized that elements were missing,” Dr. Blanco explained. But, the animals stayed anyway, started hunting and bringing home food, and laid another egg. They kept the egg warm and, this time, succeeded in the successful birth of a new harpy eagle baby chick. Bring on the monkey feast!

Next post How Columbus Failed To Prove The Earth Was Round