Initial investigations found it to be an accident, but... 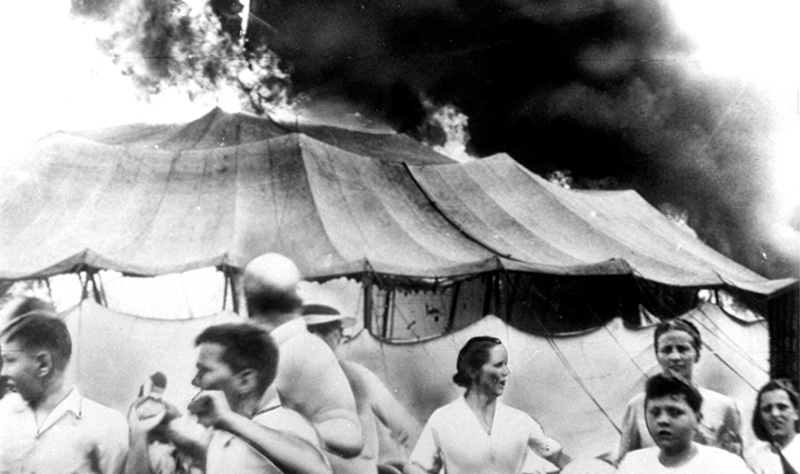 On July 5, 1944, trains carrying the Ringling Brothers and Barnum & Bailey Circus pulled into Hartford, Connecticut. The circus was unusually behind schedule, so much that two of the daytime performances had to be canceled. The trains were quickly offloaded into a field on Barbour Sreet to avoid any further bad luck that was believed to come from canceling performances. The circus completed setup in just enough time to put on the last nighttime show.

The following day the first show began without so much as a hitch. Not even the hot mid-summer Hartford sun could dissuade upwards of 8,000 people from milling about the circus grounds. All would eventually make their way into the show’s main attraction: the 500 foot big top. On the bill for the performance alongside the usual menagerie of animals, lion tamers, and clowns was a daredevil group known as The Great Wallendas.

The big top burgeoning with circus-goers, the show was ready to begin. Excitement, along with the smell of popcorn and hot peanuts hung in the air as the Wallendas wowed the crowd with stunts and aerobatics. Twenty minutes into the performance, though, circus bandleader Merle Evans spotted a fire growing up the sides of the enormous tent. Immediately, he brought the band into “Stars and Stripes Forever”—known throughout the circus community as a universal distress call.

Upon hearing the opening strains of the warning tune, ringmaster Fred Bradna took to the floor, attempting to address the crowd, but Evans wasn’t the only one who had noticed the flames. The crowd was already in a full-on panic, witnessing 100-foot flames burning the sides of the big top’s outer tent. Mayhem quickly ensued with men and women, boys and girls all struggling to escape the thick black smoke from the collapsing burning canvas.

The panic, fire, and smoke were just the beginning of the circus-goers problems, however. Horror ripped through the crowd when it was discovered the exit was blocked by cages used to bring the show’s animals in and out of the performance. Show-goers alike struggled against the burning tarp, cutting or even tearing at it with bare hands, trying to escape the asphyxiating smoke. 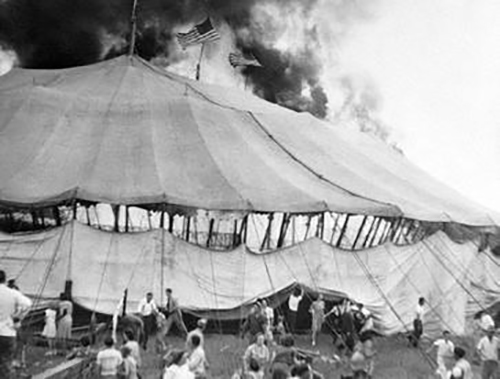 Within the span of ten minutes, the supports of the tent had collapsed, smothering the crowd with 19 tons of burning circus tent, ultimately killing 100 children and 68 adults.  Of the estimated 8,000 circus-goers that were in the tent, 700 had been injured and taken to local hospitals. 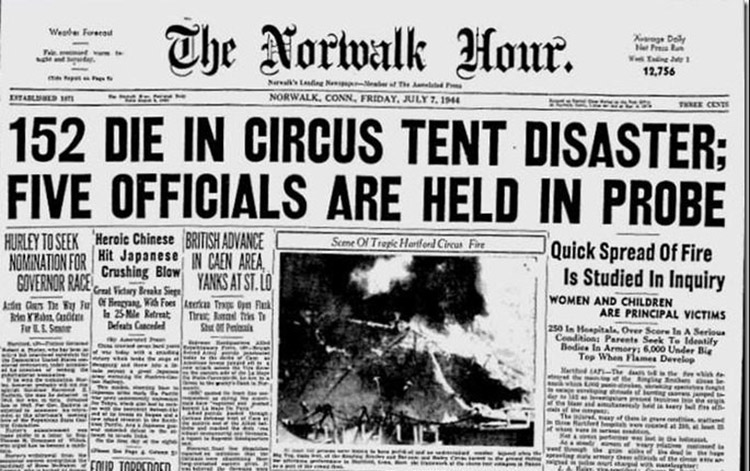 The initial investigation called the fire an accident, stating the disaster a result of a carelessly tossed cigarette butt. The waterproofing treatment—consisting of flammable paraffin and gasoline—helped fuel the flames.

Within days of the fire, five Ringling Brothers officials on circus grounds that day were arrested and charged with involuntary manslaughter. Four would be convicted, but eventually pardoned, with the organization forced to pay out five million dollars in damages. 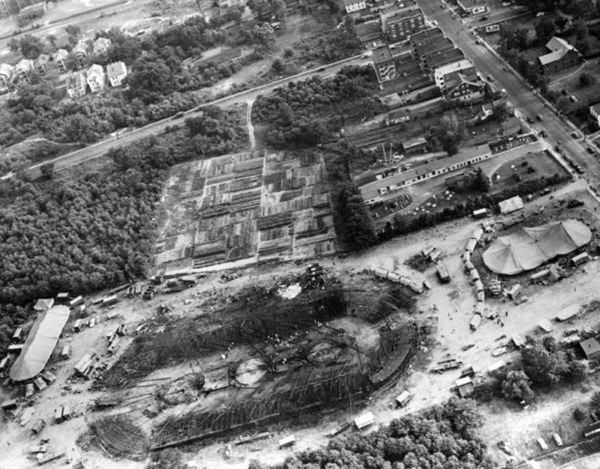 Six years after the fire, loner Robert Dale Segee was picked up by authorities for setting a fire, in his home state of Ohio. During questioning, Segee confessed to committing at least two dozen arsons, the Ringling Fire in Hartford being one of them. 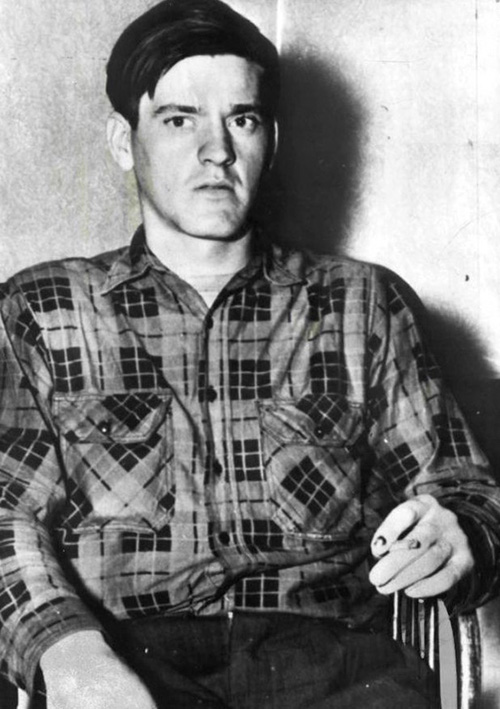 When questioned further by authorities about the Hartford fire, Segee acknowledged that he worked for Ringling Brothers from June 30th through July 13th, joining the circus in Maine where, coincidentally enough, a fire was reported to have been set on circus grounds.

Although convicted of several counts of arson in Ohio, no real evidence was ever uncovered linking Segee to the Ringling fire. In an interview a few years before his death in 1997, Segee backed further away from his 1950 confession, saying that he did not set the fateful fire in Hartford.

To this day, the true cause of the fire remains a mystery.