Hetty single-handedly accumulated somewhere between $100 to $200 million—or $2 to $5 billion today. 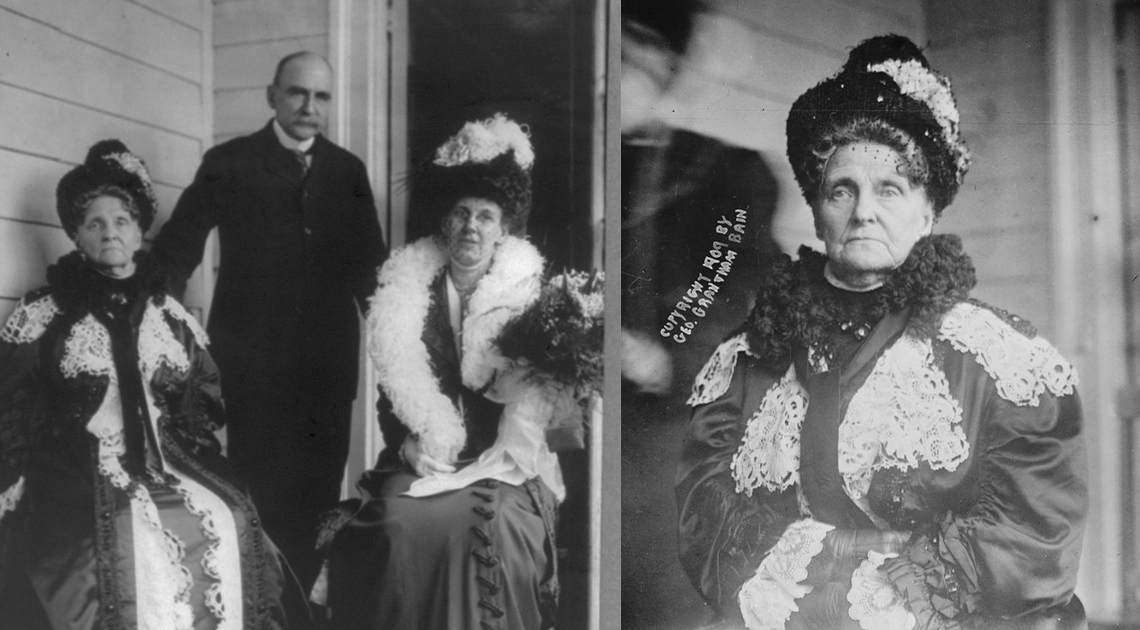 Photos courtesy of Library of Congress

A woman of both surly demeanor and stock market savvy, Hetty Green rose to the top of the male-dominated world of finance to amass a fortune worth as much as $3.8 billion today, making her the wealthiest woman of the Gilded Age.

Hetty’s staunch frugality and questionable hygiene inspired the nickname “Witch of Wall Street.” Still, many others were inspired by her fierce independence and astonishing success, opting for the label “Queen of Wall Street,” instead.

While there’s no question that she was a rare breed of her time, here are some fascinating details about the life of this feisty financier to help you decide: was Hetty Green a miserable witch or feminist queen?

Born November 21, 1834, in New Bedford, Massachusetts, Henrietta Howland Robinson was primed for a life of luxury. Both of her parents came from established Colonial families. Her mother, Abby Slocum Howland, was an heir of Isaac Howland Jr. and Company—the country’s most prominent whaling fleet. Whereas her father, Edward Robinson, acted as a business partner.

Robinson, a man obsessed with money, married Howland for the sole purpose of having a son to inherit and increase the family fortune, having already done so 20 times over himself. Not long after the birth of their daughter, Howland got pregnant again. Their only son passed a few weeks after birth.

Though at first enraged by the scenario, Robinson eventually made peace with having a female heir. He dedicated himself to preparing her for the job: reading him the financial papers, teaching her how to trade stocks, and giving her sage advice like “never to give anyone anything, not even a kindness.”

By the age of six, Hetty was spending hours reading the daily newspaper. At eight, she opened her first bank account with her saved allowance; and by 13, she was managing finances for the family business.

When she turned 20, Hetty was expected to present to society for marriage. Her father bought her $1,200 (worth tens of thousands today) in dresses with the expectation that she hit both the Boston and New York circuits. Instead, she sold the dresses and invested in government bonds.

Hetty wasn’t afraid to take matters into her own hands when it came to her inheritance.

When Hetty was 25, her mother died, leaving her entire estate to her father. Although Hetty wanted to contest the will, she did not want to anger her father and jeopardize her future inheritance.

With Howland’s death, Robinson decided to sell his interests in the dying whaling industry, move to New York, and get into the shipping business. Hetty followed him to make sure her sole beneficiary status wouldn’t be threatened by the prospects of remarrying and starting a new family.

As a safety precaution, Hetty set out to ensure her position as the sole heir of her Aunt Sylvia’s estate, receiving a verbal confirmation that the will would not change. 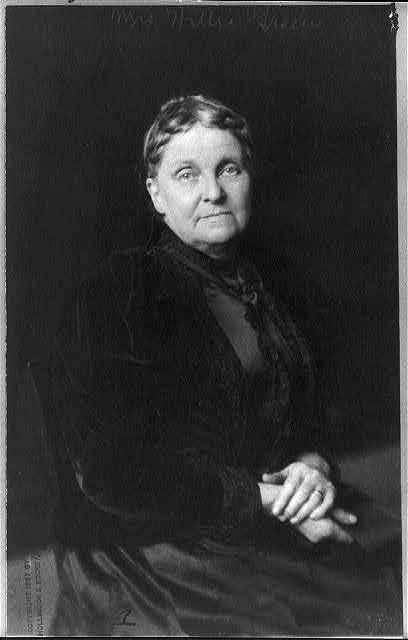 Robinson died in 1864, leaving Hetty $7.5 million—about $100 million by today’s standards—and a warning that he had been poisoned and “they” would come for her, too. Instead of granting her the money outright, Hetty was given immediate access to only $1 million with the rest in a trust, leading her to become increasingly preoccupied with the prospect of her aunt’s estate.

Sylvia died that same year and indeed had changed her will, leaving Hetty little else aside from shocked and outraged. Believing she was entitled to the entire inheritance, Hetty challenged the will, forging her aunt’s signature onto what she claimed was an earlier version that should be held as valid.

Hetty lost the very public battle, and the “Robinson v. Mandell” lawsuit became famed as one of the first times the court used forensic mathematics as evidence to prove the signature was forged.

Keeping her father’s advice in mind, Hetty trusted no one with her finances.

Two years after her father’s death, Hetty married Edward Henry Green, a millionaire 14 years her senior who had made his money off silk trading. Ever her father’s daughter, Hetty had Green sign a prenuptial agreement ensuring that their finances would be kept separate.

This prudent move was almost unheard of at the time, especially for a woman, as men were still granted rights to their wives’ rights and property under coverture doctrine.

After losing the lawsuit for her aunt’s estate, the newlyweds escaped to London to avoid indictment for fraud. During their time in the city, Hetty gave birth to a son, Ned, or The Colonel, and daughter, Sylvia. The family lived well in London, spending only Green’s money, until returning to the states when the statute of limitations on potential charges had run out in 1875. 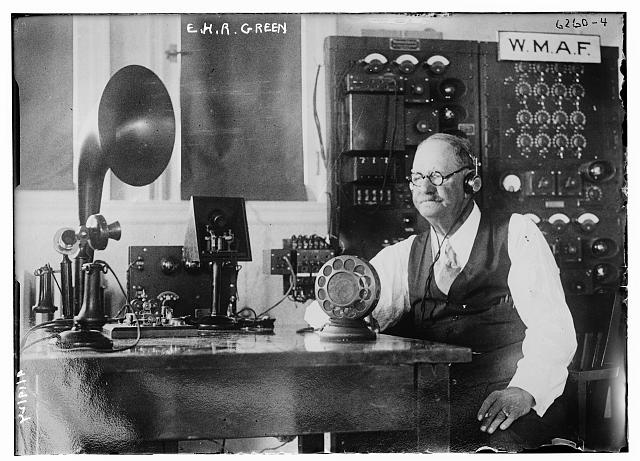 Hetty and Green had vastly different lifestyles, with Green relishing in lavish affairs and investing wildly—to the point where he went bankrupt in 1885. After covering his poor investments one too many times, Hetty took the children and left him.

The Queen of Wall Street

Hetty’s biggest stretch of financial success began when she returned from London and used her inheritance to invest in mortgages, railroads, banks, real estate, and even a gold mine. She was careful with her investments, thoroughly researching and hand-selecting each opportunity. Her system, based on value, has been adopted by major financiers like Warren Buffet.

By 1905, Hetty was the only woman placed on a list of the world’s two dozen richest people, alongside John D. Rockefeller, whose net worth was considerably higher, and King Edward VIII of Britain, whose was significantly lower.

In one interview, Hetty describes how she predicted the Panic of 1907 three years prior when men began coming to her to sell expensive cars and homes. After secretly being asked for loans by big banks, she “saw the writing on the wall” and began withdrawing her funds from investments. When the crash came, she was one of few people with cash on hand, which forced people to need her for a loan.

“Some of them I lent money to, and some I did not. That was my privilege. Those to whom I loaned money got it at 6%. I might just have easily had secured 40%,” said Hetty, “But never in my life, no matter what has been said against me, have I practiced usury, and no one knows it better than the wealthy men who have had business dealings with me.”

In the 50 years between her inheritance and death, Hetty single-handedly accumulated somewhere between $100 to $200 million—or $2 to $5 billion today.

The Witch of Wall Street

Hetty was doing unprecedented business for a woman of the Gilded Age. She was beating the men at their own game when women had very few rights and were expected to stay home and make nice. Naturally, many wanted to bring her down. 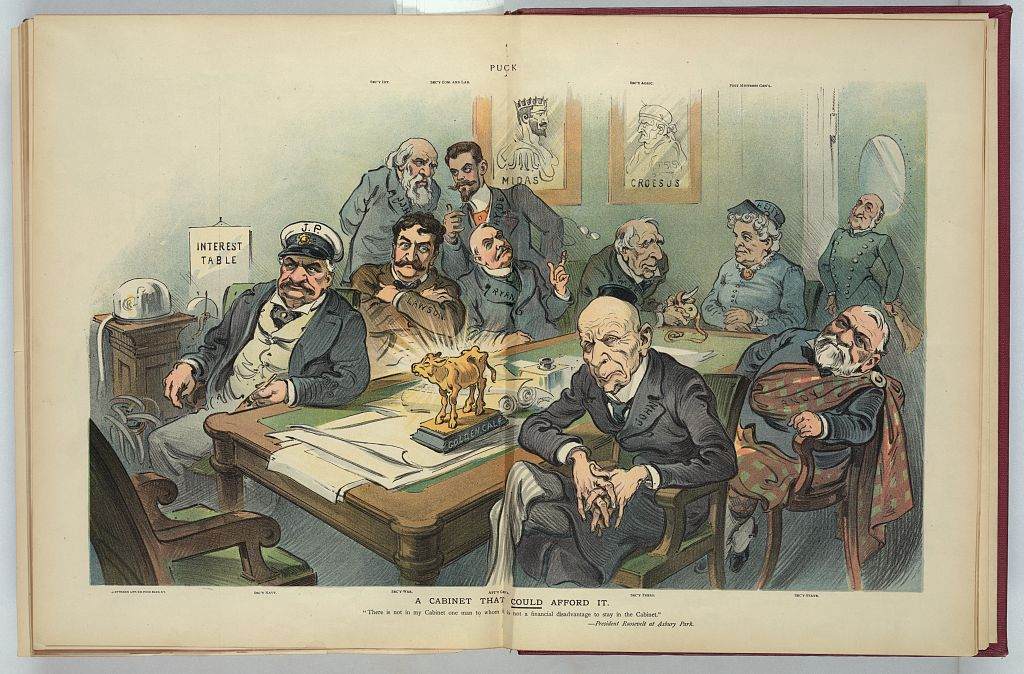 Illustration depicting a cabinet of male businessmen with Hetty Green at the head of the table. || Photo via Library of Congress

While unverified, the press presented a slew of unflattering stories about Hetty Green’s eccentricities, including: 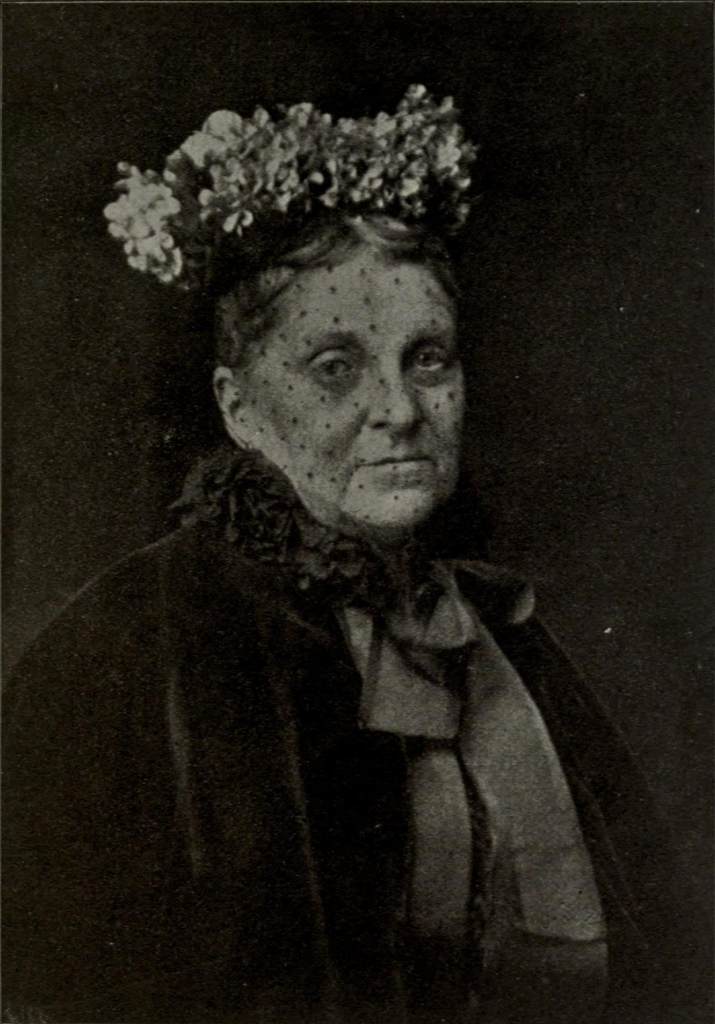 She found humor in the press’s portrayal of her, saying, “My life is written for me down in Wall Street by people who, I assume, do not care to know one iota of the real Hetty Green. I am in earnest; therefore, they picture me as heartless. I go my own way. I take no partner, risk nobody else’s fortune, therefore I am Madame Ishmael, set against every man.”

The truth of whether Hetty Green was a savvy businesswoman or eccentric shrew probably lies somewhere in between.

There’s little doubt that Hetty lived a frugal lifestyle, which she attributed to her Quaker upbringing. In interviews, Hetty said that her family’s fixation on wealth was merely to leave it in better condition for the next generation. They believed in spending off profit if you like, but ensure that the family money was not touched.

While some believed Hetty took advantage of those in desperate situations, her son revealed after her death that she quietly donated to charities and churches, even regularly supporting families with income. She also spoke publicly supporting the 1895 Brooklyn trolley workers’ strike saying, “the poor have no chance in this country.”

Hetty died from pneumonia in 1916, leaving her estate to be split evenly between her children. Her children enjoyed the money much more than their mother. After her son died, he left the rest of his inheritance to his sister, who died childless and gave everything to charity.

Witch, queen, or somewhere in between, there’s no denying Hetty was in a class of her own. Hetty Green, a woman whose love of money and blatant refusal of society’s expectations changed the investment game forever, paving the trail for future billionaires and female entrepreneurs alike.

“I am able to manage my affairs better than any man could manage them; and what man has done, women can do.” – Hetty Green

Next post Japanese Entrepreneur Wants to Analyze Your B.O.