What do Uber and the U.S. Air Force have in common? You might be surprised. 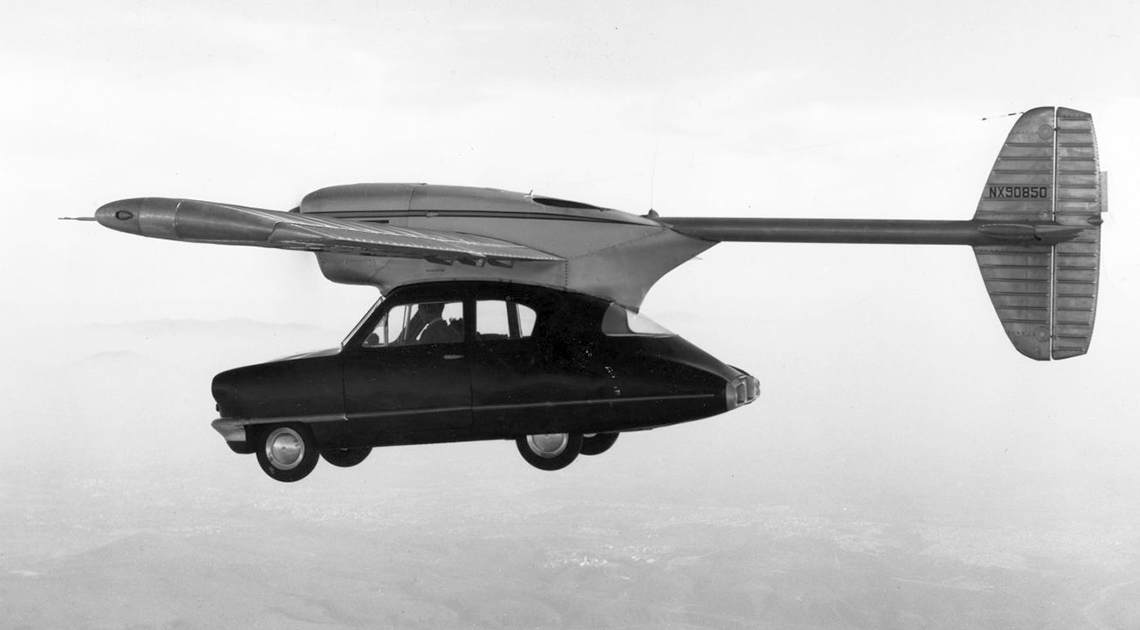 For decades, people have dreamed about the possibility of hitting the skies in their own personal flying car. Think about it — wouldn’t it be nice to trade in the headache of rush-hour traffic for a relaxing ride through the sky?

Fortunately, thanks to some forward-thinking startups, the future of flying cars is closer than you think. Financial services company Morgan Stanley even predicts that the air mobility market could be worth a whopping $1 trillion by 2040!

Companies such as Joby Aviation and Archer Aviation are already developing electric vertical take-off and landing vehicles (eVTOLs). And everyone from Uber to the U.S. Air Force is jumping on the bandwagon, with the latter planning to use flying cars to carry passengers and cargo.

But while the idea of flying cars seems like it was dreamed up by a team of Hollywood script writers or Silicon Valley startups, the concept has actually been around for more than 100 years.

A Century of Flying Car Concepts

The first concept of an aviation vehicle that a person could drive was patented way back in 1910. Henry Ford even had big hopes for an experimental single-seat aircraft that he dubbed the “Ford Flivver,” though his plans never came to fruition.

Developers didn’t see success until 1937, when the Waterman Arrowbile sailed through the skies. Sadly, the nifty little tailless two-seater wasn’t wildly popular and only five were ever produced.

Nine years later in 1946, the Fulton FA-2 Airphibian, a roadable aircraft, was created. Though not very practical, the vehicle did come with removable tail sections and wings.

Several others tried their hands at flying car concepts, including the ConvAirCar of the 1940s, which was basically just a sedan strapped to the bottom of an airplane (pictured at the top of this article).

In 1959, the Canadian and British military developed the Avrocar, the first flying car specifically intended for military use. The machine looked more like a flying saucer than a car.

US National Archives via GIPHY

Far from the UFO design of the Avrocar was the adorable Aerocar, a concept created by aeronautical engineer Moulton Taylor. It was designed to drive, fly, then drive again without any disruptions. Ford even considered marketing the vehicle.

One of the most valiant efforts to bring flying cars to the market was Paul Moller. He spent millions of dollars and nearly 40 years developing his Skycar. He listed his vehicle on eBay in 2017 with a Buy-It-Now price of $5 million.

While nobody wants to fly a minivan bolted to a plane, today’s flying cars look much more promising than their precursors.

The Aeromobil 4.0, Klein Vision AirCar, and Renault AIR4 are all strong contenders for the sky highways of the near future.

Next post Up Close & Peculiar With Vintage Spy Gear!