Florentijn Hofman likes to concentrate on 3 things: Humor, Sensation, & Maximum Impact. And “Maximum Impact” is right because it sure is hard to miss... 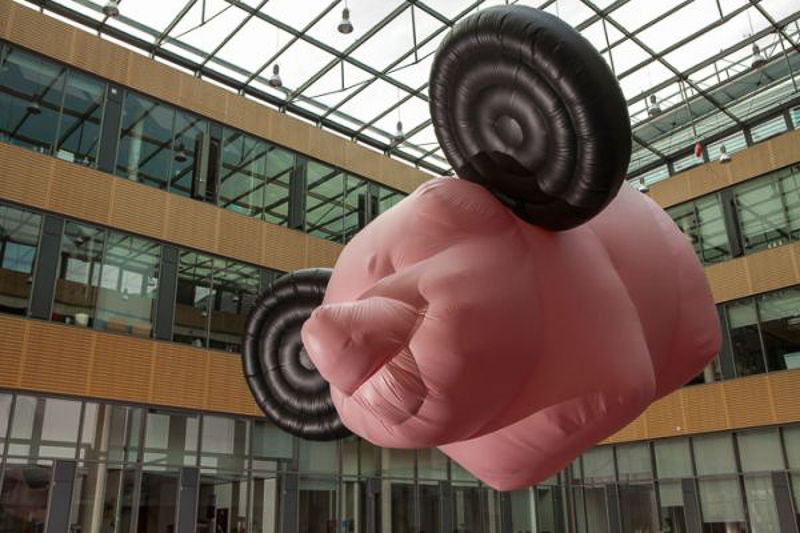 “Maximum Impact” is definitely right because it sure is hard to miss his work.

The sculptures he puts up can be as big as a house. Big enough to climb on! They come in various shapes from giant bunnies lounging on the side of airplane hangars to a bear holding a pillow watching the side of a park.

Hofman travels to places to learn its traditions, the culture, and most importantly, the people. Then he creates pieces that reflect the people except they are many time bigger than any person!

You may have seen on of his work recently when he laid a rabbit the size of a few airplanes over an air hanger! The project was called “Moonrabbit” from a passage of Chinese myth. 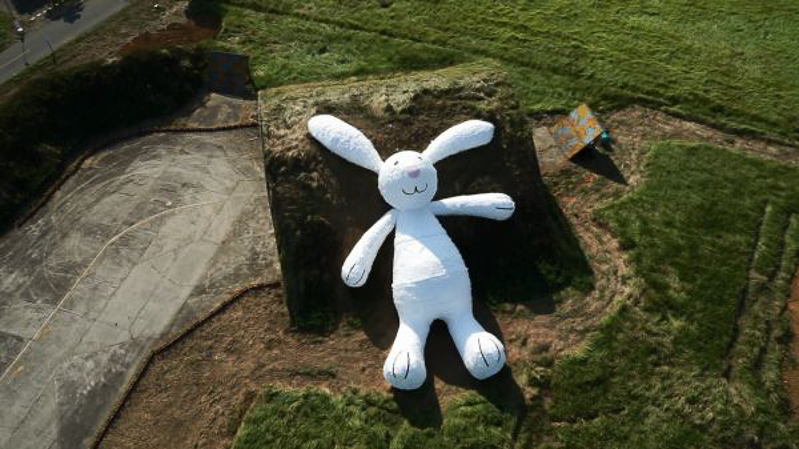 The rabbit was 25 Meters Tall! 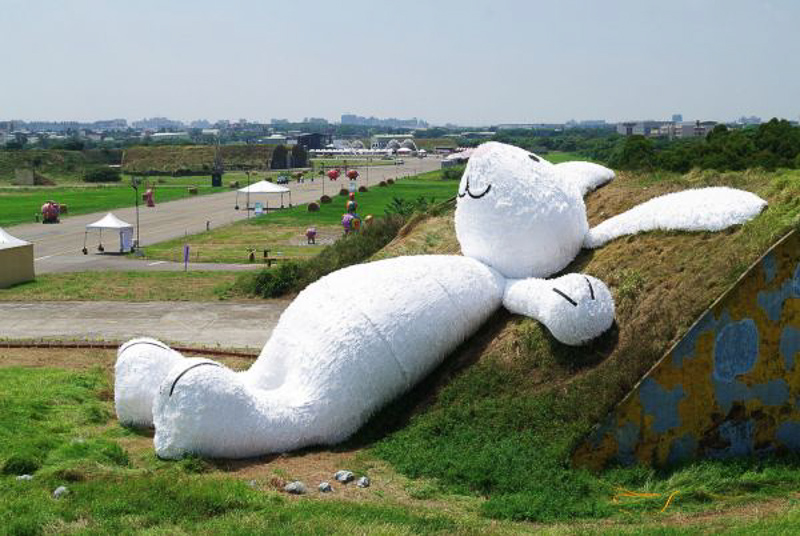 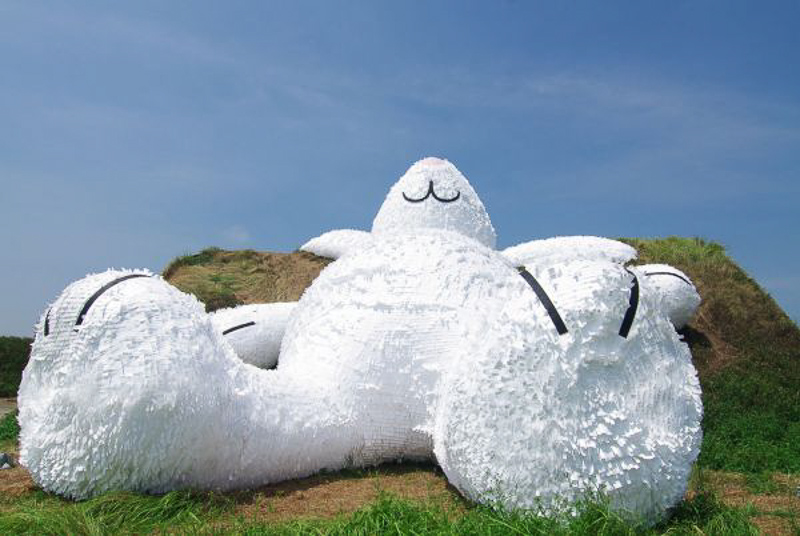 Or you might have seen his GIANT Hippos riding on the Thames River in London. They called it the Hippopothames a fantastic play on words as well as being a 21 meter long wooden hippo boat that was towed around the river! 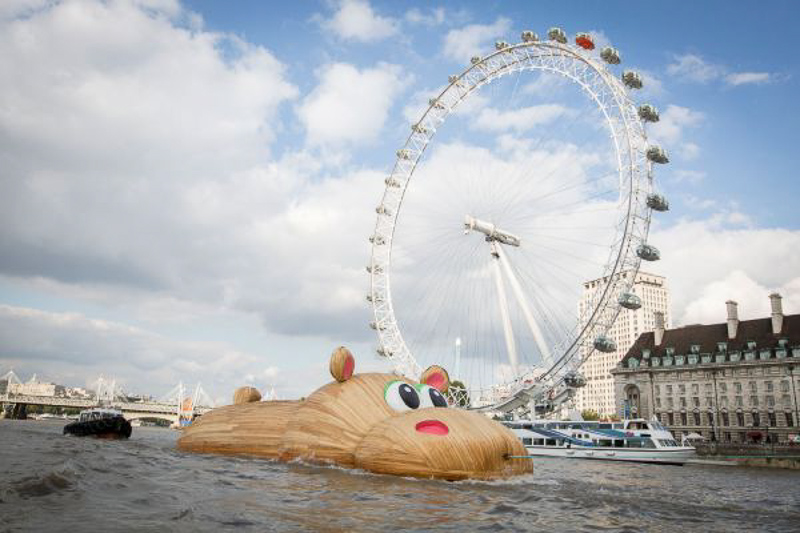 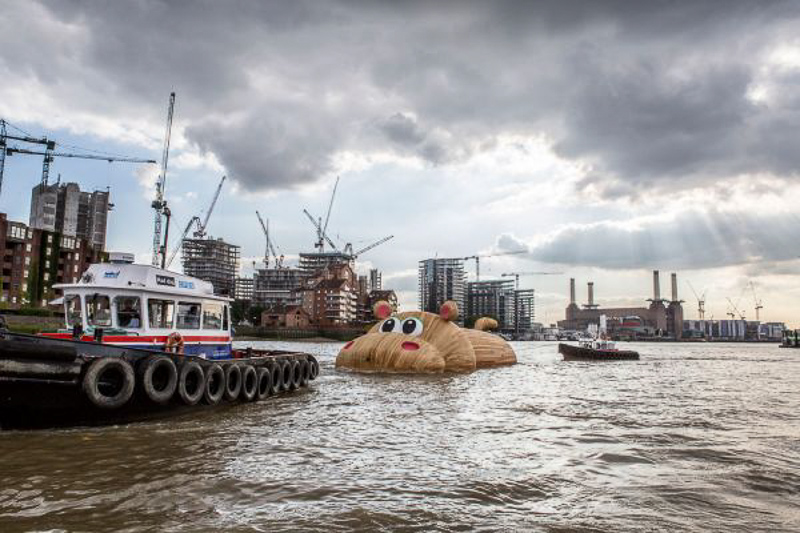 Hofman: “My sculptures cause an uproar, astonishment and put a smile on your face. They give people a break from their daily routines. Passers-by stop in front of them, get off their bicycle and enter into conversation with other spectators. People are making contact with each other again. That is the effect of my sculptures in the public domain.” 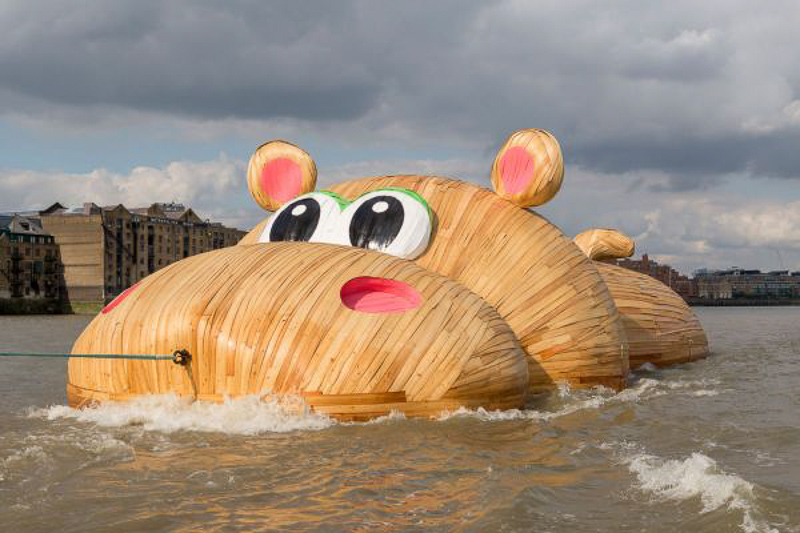 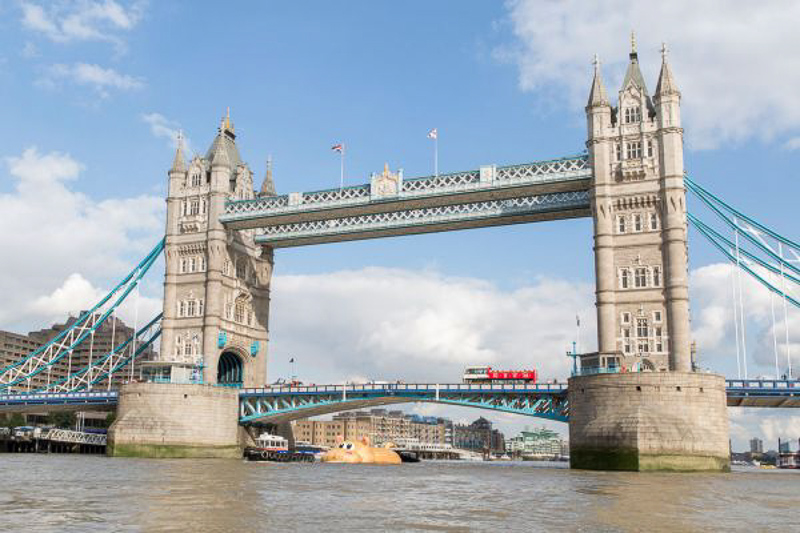 Max is a 12 meter tall “watchdog” dog looking over the Dutch village of Leens! 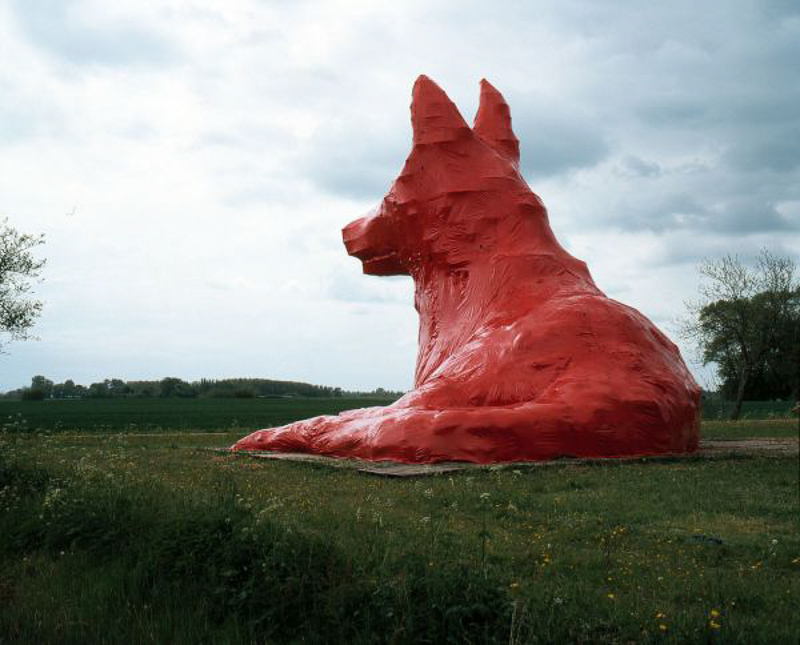 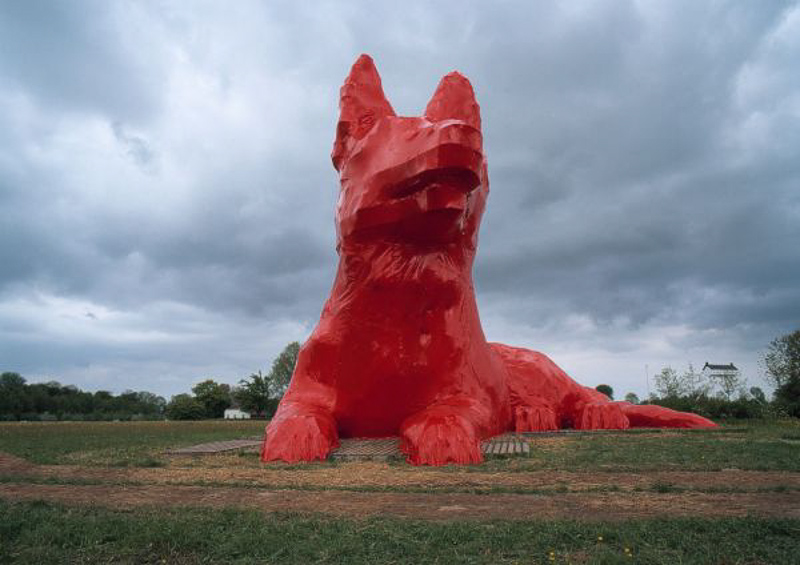 This giant floating rubber duck is 26 meters (85 feet) tall! And he and his look-alike rubber duck friends made appearances in more than 14 places around the world including Beijing, Pittsburgh, Hong Kong, Sydney, Osaka, Sao Paulo. 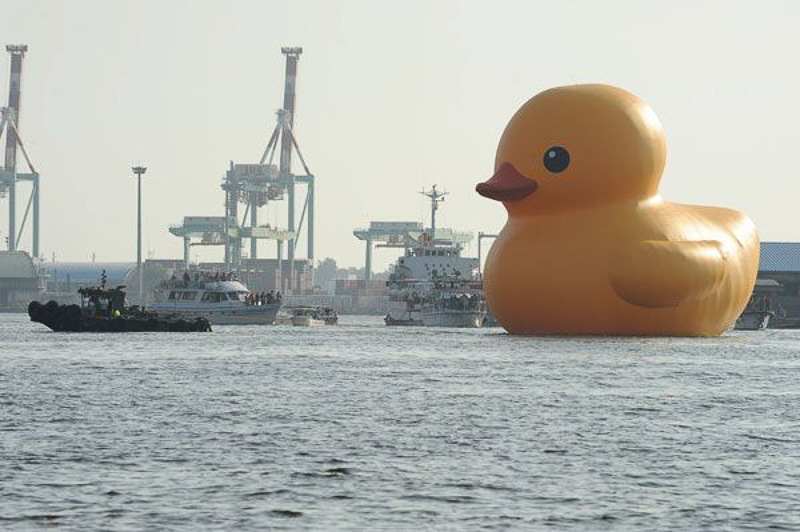 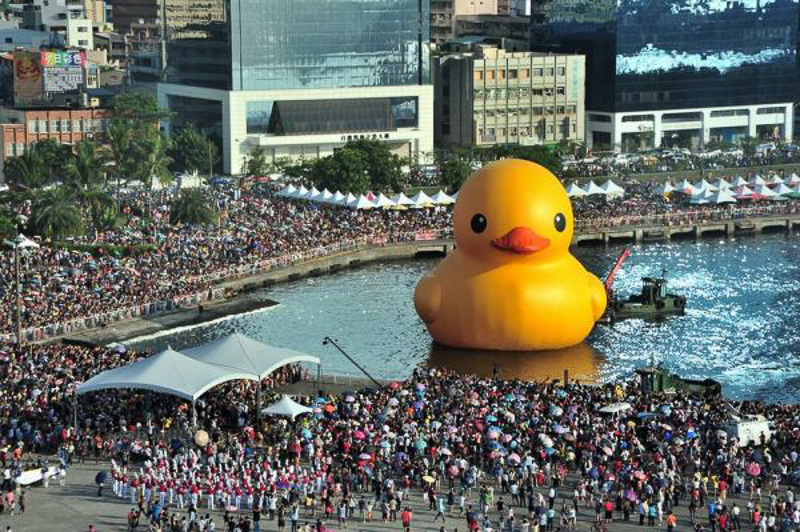 The giant bear is 36 feet tall and carries a similarly big pillow with him. He stands at the corner of a park near Amsterdam. 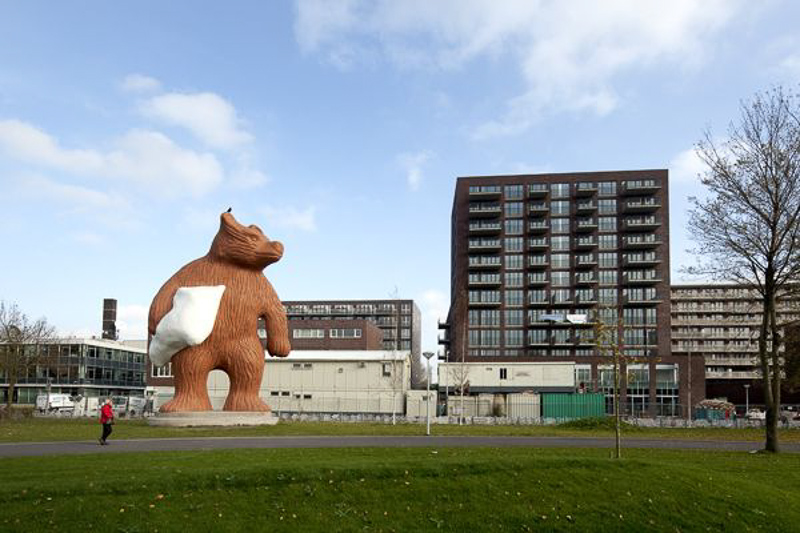 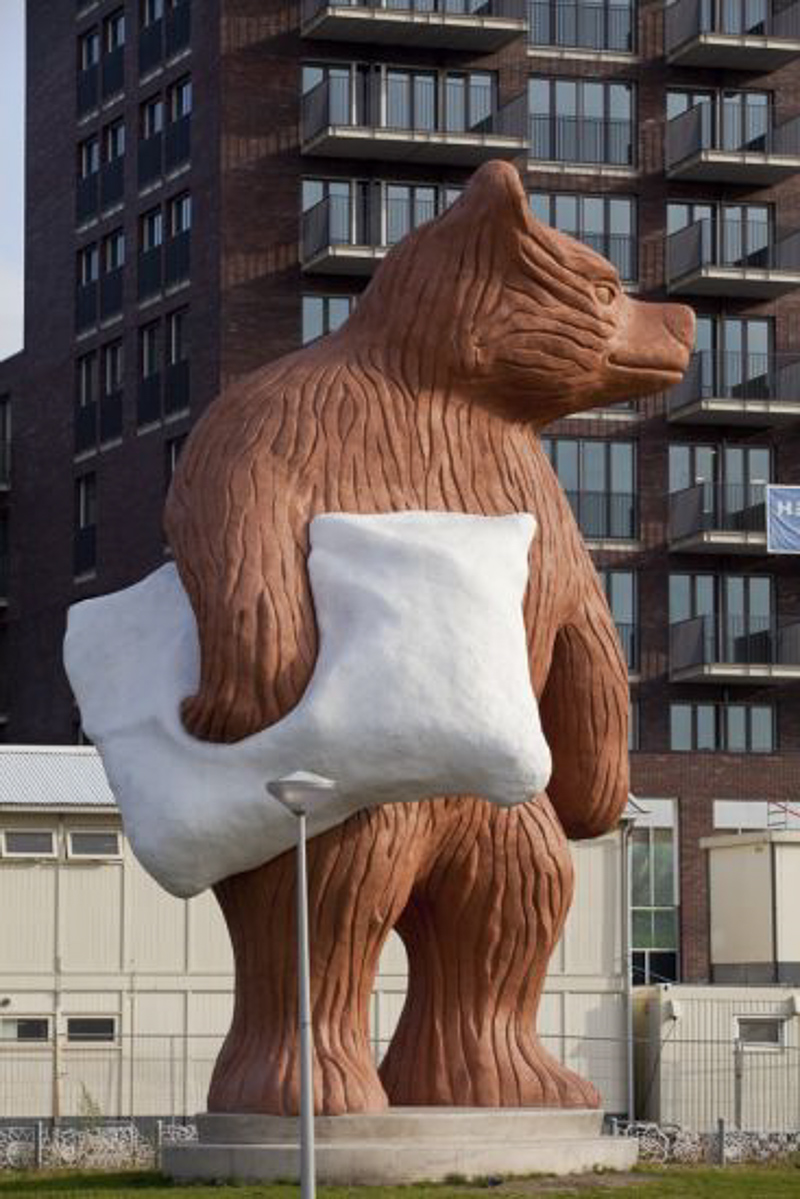