This golden retriever traveled 60 miles and crossed a river to return to her home... which her and her family moved out of two years ago! 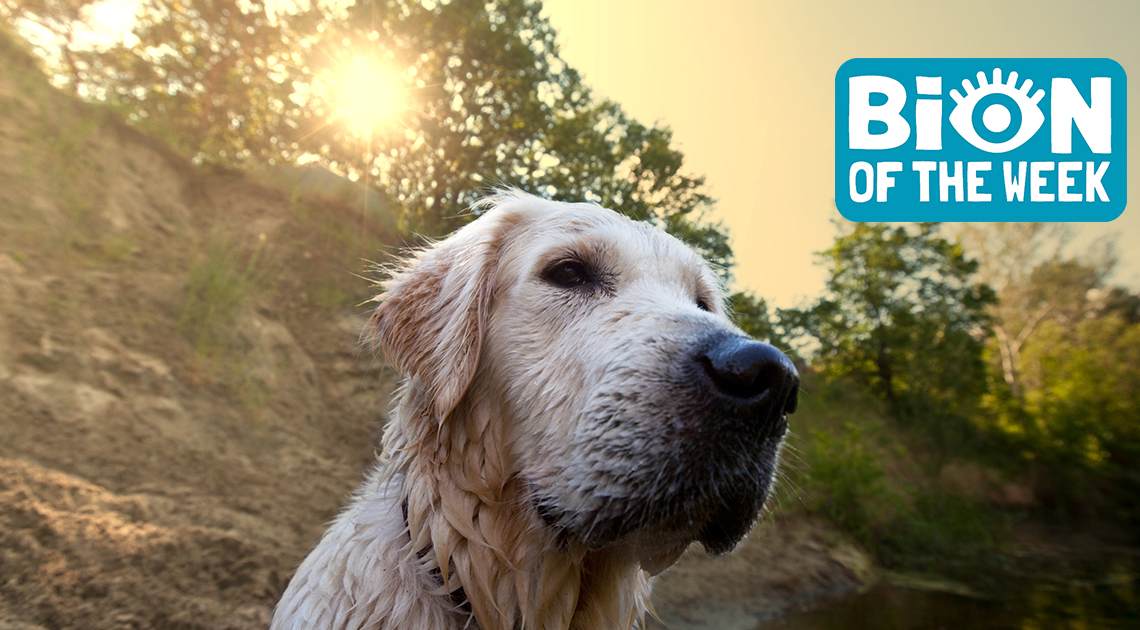 [July 20-July 26, 2020] Our San Diego Comic-Con panel might be the weirdest thing you see/hear this week, but Homeward Bound  became a reality, a rare yellow turtle was found, and a Fenn-inspired search for treasure has begun—all round-up in this week’s weird news from Ripley’s Believe It or Not!

This Turtle Had Us at Yellow

A mellow turtle rescued by a farmer in India has turned out to be a rare find due to its yellow coloration. The Indian Forest Service was contacted Sunday, July 19th, when the little-lemony turtle was found in Sujanpur village. An unusual sight, conservation experts were immediately called in. They identified is as an adult Indian flapshell turtle, commonly found in parts of South Asia and commonly colored like your average turtle. This ray of sunlight stands out from the rest due to albinism, a congenital disorder characterized by complete or partial absence of pigment. The turtle has since been released back into the wild.

Most probably it was an albino. One such aberration was recorded by locals in Sindh few years back. pic.twitter.com/ZHAN8bVccU

Chris Dens of Brainerd, Minnesota, really leveled up his water skiing game this week. He took the sport to new heights by cruising the lake on 11-foot-tall stilts! Although Dens is a pro—a founding member of the Brainerd Ski Loons Water Ski Show Team—this was no easy feat, as seen in footage of his failed attempts. To get the hang [ten] of it, he started off with three-and-a-half-foot stilts and incrementally worked his way up to 11—six inches taller than the current record holder, Glenn Sperry.

After a few years and many failed attempts, I am excited to say that I set a world record today! It was always a goal…

Attention, Michigan! The Hunt is On!

Johnny Perri is a business owner from Washington Township, Michigan. He’s been serving the community and trading precious metals, diamonds, and antiques for over two decades. When Covid-19 forced Perri to close his doors, he wasn’t sure how to spend is time—let alone hustle his goods—until news of the Forrest Fenn discovery broke. It was an “A-Ha!” moment and he began traveling all around Michigan’s forests burying his unique treasures, from the entirety of his jewelry store to thousands of dollars of gold, silver, diamonds, and more.

Now, if you slept on the hunt for Fenn’s finds, Perri has opened his hunt, Johnny’s Adventure Quest, to anyone ready for an adventure. For a registration fee of $49, participants will receive clues from Perri, who is tracking his treasures with GPS, and can either keep what they find or return them in exchange for their cash value.

Look what we did last night!
Credit: https://www.facebook.com/stolengnome/
Spreading some Peace & love to the…

It’s a tale as old as time (for any early ’90s child): An adventurous golden retriever worries that they will never see their home again, embarking on a treacherous wilderness journey to find their way back. Believe It or Not!, the plot of Homeward Bound: The Incredible Journey just turned from fiction to fact.

Cleo, a four-year-old golden retriever, traveled 60 miles on her own to return to her home… which she and her owners moved out of two years ago! Traveling from Kansas to Missouri over the course of a week, Cleo appeared on the front porch of her former home. When home’s new owner checked on the pup’s microchip, they were surprised to find out Cleo belonged to the home’s former residents. Tracking down Cleo’s owner on Facebook, they were soon reunited, but both parties are at a loss trying to explain Cleo’s long journey—she would have had to cross a river to make it back (just like in the movie!). 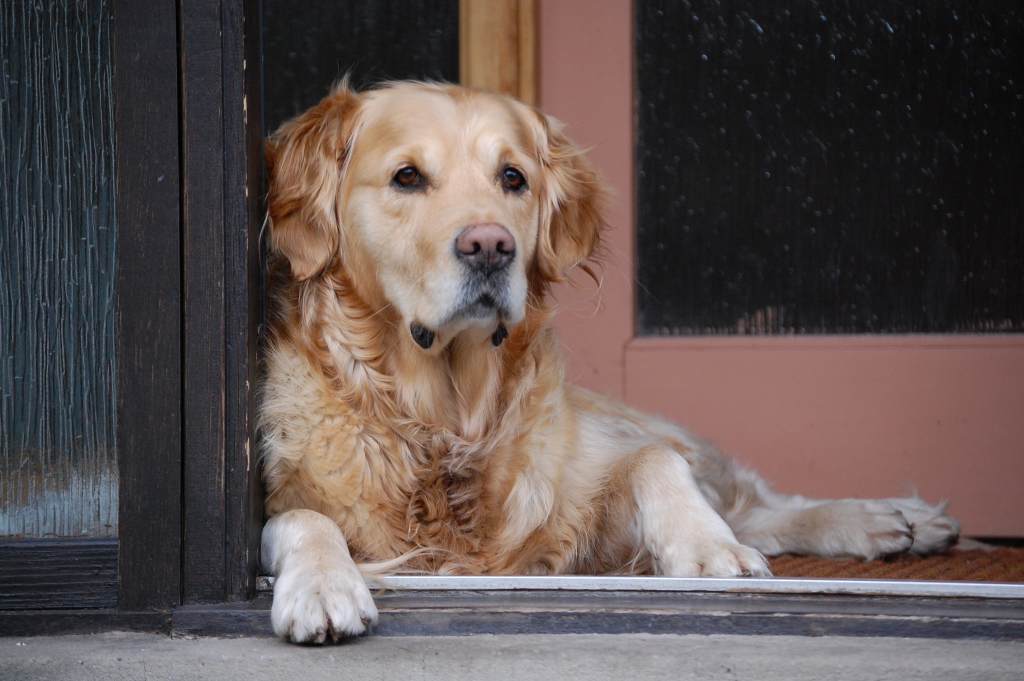 PLUS, Rounding Out the Week, is Ripley’s San Diego Comic-Con@Home Panel

Ever wondered what treasures are hidden inside the Ripley’s vault? Now’s your chance to find out! Join us for our ComicCon@Home virtual panel, Inside the Vault, Sunday, July 26th at 6 p.m. EST.

Expanding on the legacy of explorer and world traveler, Robert Ripley, the Ripley’s Believe It or Not! team continues to acquire the most bizarre, iconic, and truly terrifying artifacts in history. Ripley’s Creative Content Manager, Sabrina Sieck, leads an intriguing discussion between Colton Kruse (Digital Content Producer), Kurtis Moellmann (Exhibit Buyer), and Jordan Orlando (Ripley Publishing Editor). Together, this curious team gives you an inside look at a few of these hidden gems that fandom junkies simply have to see to believe. From a comic book painted with human ashes to screen-used props and the odd origins behind them, there’s no telling what will be pulled out of the vault! 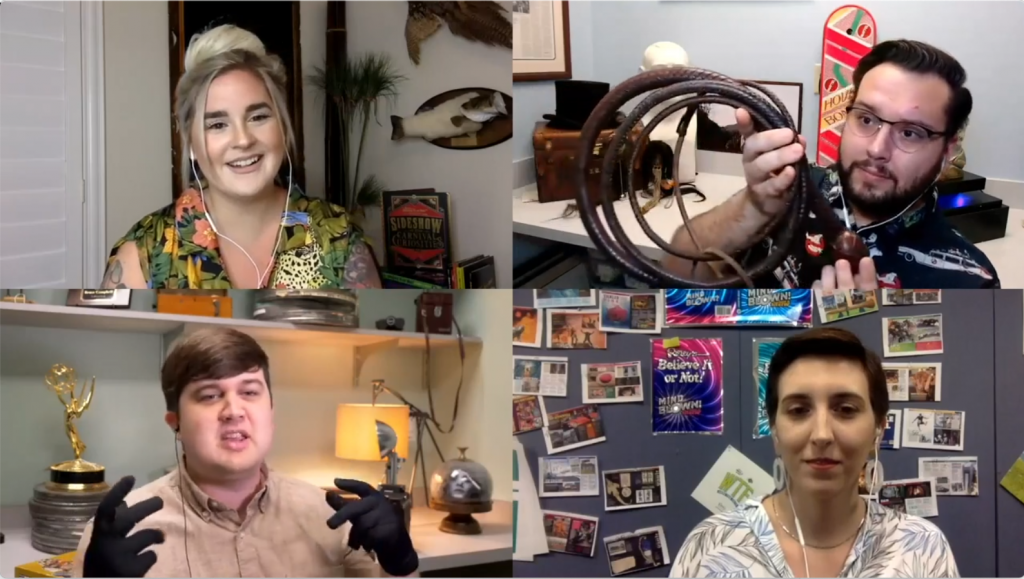 We’ll be live on Facebook & Twitch following the panel at 7 p.m. to answer all of your curious questions!

Next post Watch Ripley's San Diego Comic-Con@Home Panel: Inside the Vault of Ripley’s Most Exclusive Finds!