Some say this successful flight paves the way for manned flight. 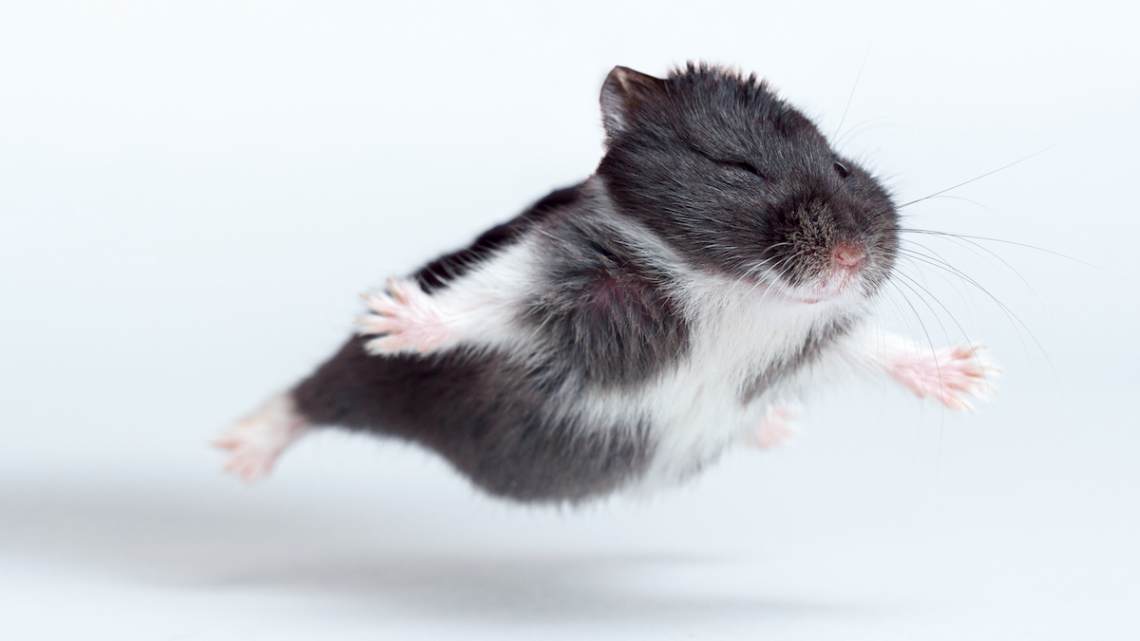 When it comes to space travelers, most people think astronauts. But history tells a different story.

Animals have a long legacy of space exploration dating back to the 1940s. The first critters sent to space were fruit flies carried on a V2 rocket that left Earth’s orbit on February 20, 1947, and this swarm would soon be followed by many other lifeforms, from canines to monkeys, apes to cats and even adorable water bears. Hamsters have also fallen into the extraterrestrial mix, although most have been packed along on rockets or other conventional space vehicles.

But recently, one brave hamster did the unprecedented: He took a ride on a flying balloon into the outer stratosphere, reaching a height of more than 14 miles above the planet! For a little context, that’s high enough to see the curve of the Earth. Here’s what you need to know about this remarkable flight and what it could mean for the future of space travel.

Fly Me to the Moon

Hamsters in space may be nothing new but accessing extraterrestrial heights in a balloon is. Although the concept of reaching space via a balloon sounds like something out a Jules Verne novel, Sapporo-based Japanese space firm K.K. Iwaya Giken says it’s the stuff of tangible, scientific reality.

Based on this hunch, the firm is revamping the way humans think about venturing to outer space. In the process, they may open up new opportunities for individuals bent on flying to the Moon (or at least a bit closer to it).

1. A hamster has safely returned to Earth, after it was launched into the stratosphere on a flying balloon.

The balloon was launched from a city in Okinawa by Japanese company Iwatani Giken.

The company said the hamster could be seen comfortably snoozing during its journey. pic.twitter.com/HLpgjFzOvk

The hamster left the Earth’s surface on June 9, 2022, floating upwards in a balloon from Miyakojima, Okinawa Prefecture. As for the furry voyager, it chilled out in a cabin the company custom-tailored for the journey. The balloon traveled upwards gaining approximately 20 feet per second and traveling at a speed of 14 miles per hour — a gentle ascent for the little creature. K.K. Iwaya Giken hopes to use the data gathered about this journey to facilitate a human expedition.

No Hamster Was Harmed in the Making of This Flight

Throughout the journey, K.K. Iwaya Giken relied on a variety of high-tech sensors to ensure the hamster passenger enjoyed a comfortable trip. The little guy’s plastic cabin measured 23 inches high by 20 inches in diameter and was cylindrical in shape. This design allowed the cabin’s internal levels of pressure, oxygen, and heat to remain relatively constant. These conditions almost mirrored those on the planet.

As a result, the hamster enjoyed an uneventful and harm-free ride. To date, the fearless passenger remains in good health. Of course, the successful experiment begs the question: What’s the next step for K.K. Iwaya Giken?

Perhaps they’ll stair-step up the food chain as NASA once did by sending a dog, monkey, and finally an ape into the stratosphere before the first humans pioneer the trip? Company officials haven’t laid out such plans publicly, yet. But it has hashed out plans to get humans onboard as soon as possible.

Officials are already working on a manned flight that’ll climb nearly 16 miles into the heavens. This will allow space tourists to see the same planetary curvature that the hamster got to witness. As a spokesperson from the company explains, “We will continue to carry out experiments so that people can get on board and return safely.”

While the leap from hamster to human appears gulf-sized, one thing’s for sure: K.K. Iwaya Giken has big plans for the future of space travel, thanks to their pipsqueak astronaut.

Next post Patient Played Saxophone Throughout His Own Brain Surgery