A project that is out of this world... literally! 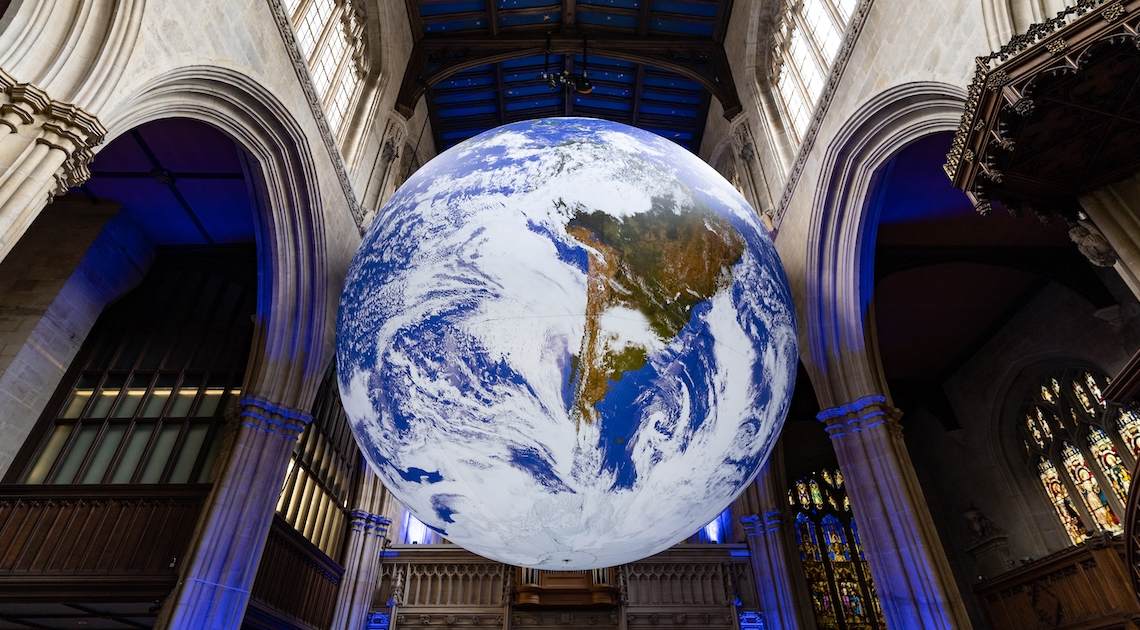 Luke has over 25 years experience as an artist, and in 2021 alone, he had 104 exhibitions in 17 different countries! Alongside his touring installations, Luke’s art can be found in over 50 permanent collections around the world including the Metropolitan Museum of Art in New York and the Wellcome Collection in London.

For Luke’s captivating celestial projects, he relies on highly detailed NASA imagery. Luke then recreates the heavenly bodies at an astonishing size! For example, his 23-foot-diameter Museum of the Moon piece is at a scale of 1 to 500,000 — that means every inch of the orb is equal to almost 8 miles of the actual lunar surface! 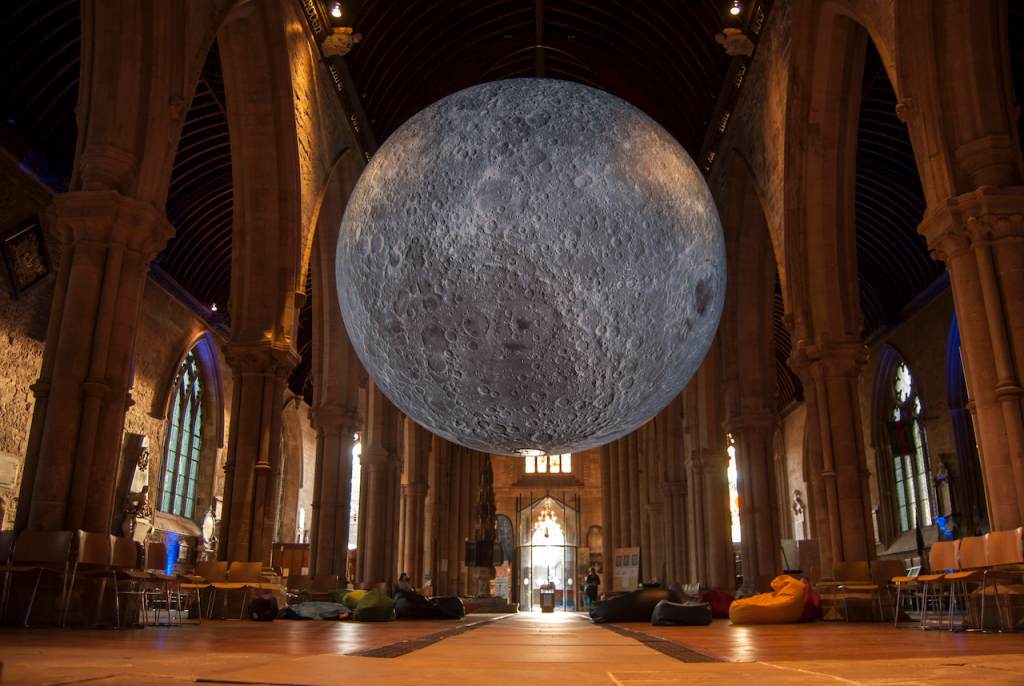 “Museum of the Moon” by Luke Jerram at St Wulfram’s Church in England. Editorial credit: Carla Isabel A Nascimento / Shutterstock.com

The statement at the exhibit reads: “Throughout history the moon has inspired artists, poets, scientists, writers, and musicians the world over. The ethereal blue light cast by a full moon, the delicate crescent following the setting sun, or the mysterious dark side of the moon has evoked passion and exploration. Different cultures around the world have their own historical, cultural, scientific and religious relationships to the moon.”

You could say the moon was Luke’s muse from which he was able to craft a mind-blowing project that continues to captivate audiences today due to its sheer size and fabulous detail.

Why only shoot for the moon? Luke has also taken the Earth under his wing in a similar project creating giant Earth replicas! With his Earth orbs, Luke hopes to provide his audience with the “overview effect” experienced by astronauts, which instills people with “a profound understanding of the interconnection of all life, and a renewed sense of responsibility for taking care of the environment.” 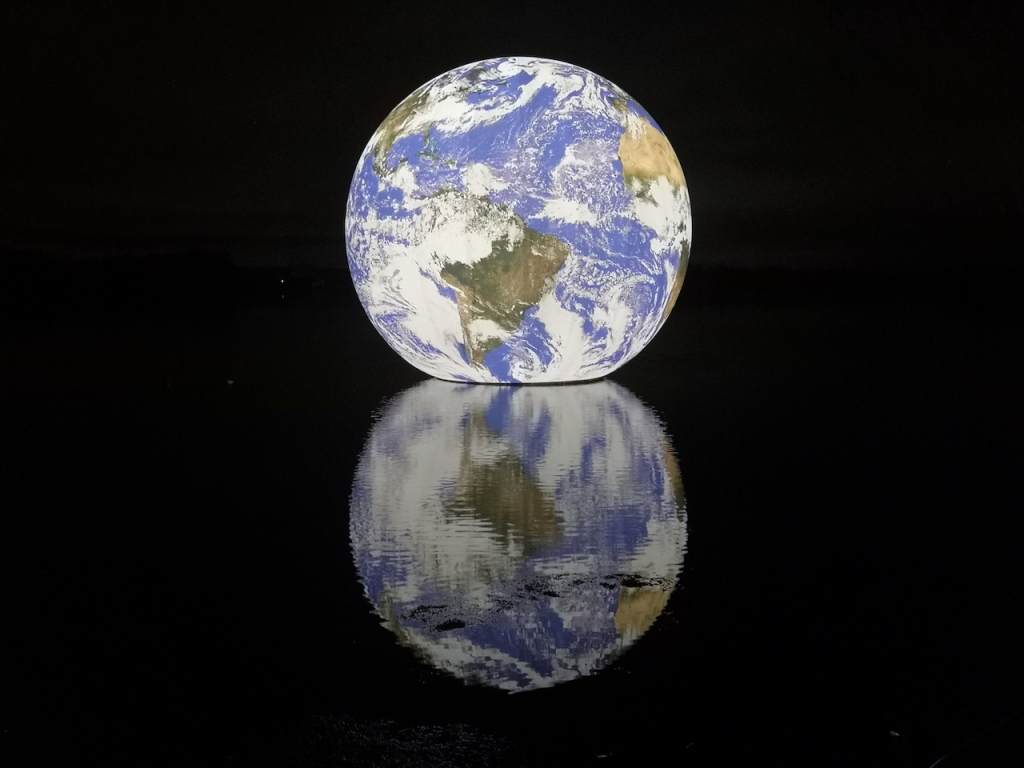 Believe It or Not!, if you stand about 690 feet away from Luke’s piece titled Gaia, it appears the same size as it would if you were looking at the real thing from the surface of the moon. Talk about an out-of-this-world experience!