Dive into the curious life of the inventor of the Slinky and the woman who gave the toy its iconic name.

Who walks the stairs without a care and makes the happiest sound? But of course, it can only be the Slinky! A crowd-favorite classic coil toy, the Slinky had a bit of an accidental origin.

The story begins in the small town of State College, Pennsylvania, where 1939 Penn State graduate, Richard T. James began his career as an engineer. In the years to follow he would obtain quite a few other titles: wartime employee, children’s toy inventor, and you know, Bolivian cult member.

Out on a shipyard in Philadelphia, Richard James worked the livelong day away as wartime engineering employee. He was responsible for devising plans for new naval battleships during World War II. It was here, amid stabilizing technology development, that he accidentally knocked a sample of tension springs off the shelf, sending them into a frenzy we find ourselves familiar with today! Tipping, toiling, and turning over on themselves, the springs were the accidental brain children of Richard’s soon-to-be hit toy, the Slinky.

DYK the slinky was invented by accident? Richard James was designing a device for the Navy in 1943 when he dropped the coiled wires and watched them tumble across the floor. He thought it would make a good toy.
Read @SmithsonianMag: https://t.co/pKZFGdQcpE#SlinkyDay pic.twitter.com/Q4QB19S2fB

From this clumsy move came the age of experimentation. Richard and his crew, comprised of two colleagues, Coleman Barber and Dylan Gedig, as well as his wife, Betty, spent about two years testing different lengths, coil sizes, metals, materials, and formulas until they finally landed on the winner — our solo stair-walking Slinky.

A fellow Penn Stater, Betty became instrumental in the development and marketing of the toy. With full confidence in her husband and his brilliantly simple contraption, Betty accompanied him in founding James Industries — built from a $500 loan and a little spring in their step.

It was also Betty who picked the iconic “Slinky” name. Chosen from a Swedish word she found in the dictionary, the spring’s namesake stems from the sound it makes as it tumbles along down the stairs. 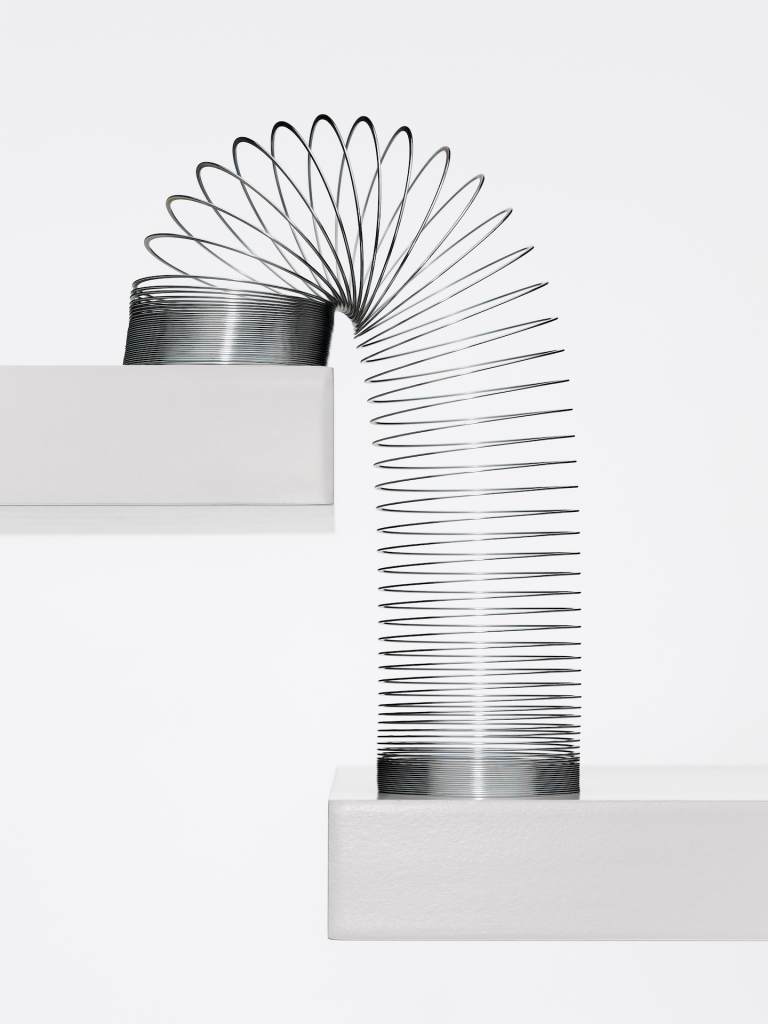 The couple’s first run was at a Gimbels department store in Philadelphia. They were given a sloped apparatus for demonstration, and after just a few climbs down the slant, money started flying their way. In just an hour and a half, the James pair sold out of their 400-toy stock. While it seems they could only go up from here, the pep in their Slinky step faded quickly.

With the initial fame and publicity filling his head with hot air, Richard’s demise from Slinky stardom came quickly. By the late ’50s, the fad had begun to fizzle, and Richard grew restless and eager for more. After making many hefty donations to shady religious organizations over the years, Richard picked up and moved to Bolivia to join a religious cult.

Betty, on the other hand, wasn’t ready to let her success go to shame. She refused to accompany him on his road to cult life and kept the legacy of the Slinky alive as she and their six children moved back to her hometown of Hollidaysburg, Pennsylvania.

Picking up the pieces from her husband’s poor financial and business decisions, Betty rebuilt the bones of their once-shared brainchild. She brought along the original design and manufacturing equipment — all of which is still in use today — and launched the Slinky’s television debut with a catchy jingle.

From here, the Slinky had nowhere to go but up. With Richard completely removed from the process and the family business, Betty became the queen of this Toy Industry Hall of Fame-inductee. She had a nearly 40-year-long stint as the President of James Industries before passing away at the age of 90.

The youngest of the James’s six children, Rebekah, said that her mother’s abilities to bring the company out of the ashes following her father’s departure — all while raising six children — was simply “amazing.” According to the New York Times, when Betty passed in 2008, there were enough Slinkys sold to circle the globe 150 times. 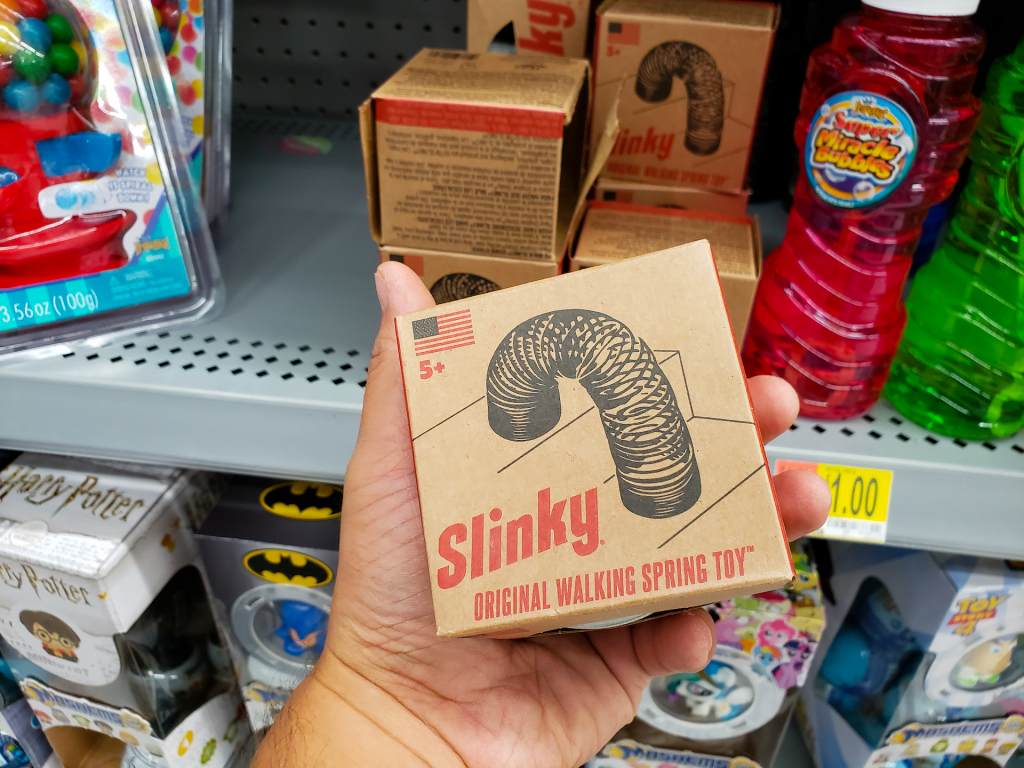 Today, more than 360 million Slinkys have been sold. And by our calculation, that number is going to be blown out of the water sooner rather than later. If you ask us, we’re glad Richard took a hike and left the Slinky legacy to our gal, Betty. She took care of our childhood favorite toy to give it an everlasting era!