The non-profit organization, Bush Heritage Australia, recently made a shocking discovery in the wooden boxes they built as nests for pygmy possums. Massive colonies of huntsman spiders invaded them! And if these colonies aren’t the stuff of nightmares, then we don’t know what is.

Part of the Sparassidae family, huntsman spiders can grow up to one foot in length and are known for their speed and ability to capture prey. The social species of flat huntsman spiders, Delena cancerides, typically reside beneath tree bark, but some communities have decided they like the possum boxes better. The result? Spine-tingling photos you can’t unsee.

As nectar feeders, they pollinate their habitat while eating. They play a significant role in maintaining ecosystems across Australia, Papua New Guinea, and Indonesia. Unfortunately, they also exist near the bottom of the food chain. This position makes them fair game for everything from feral cats to dingoes to monitor lizards. Deforestation and loss of habitat have also negatively impacted these environmentally-beneficial little creatures. 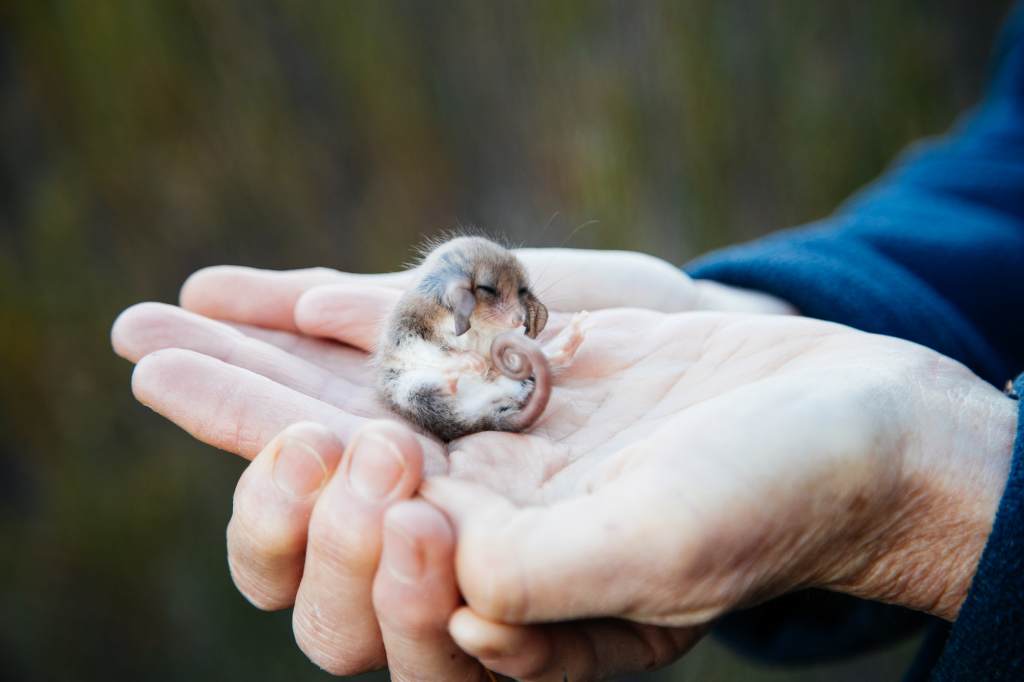 Since 1991, Bush Heritage Australia has intervened to help restore the Australian wilderness to its former natural glory. They’ve attempted to help pygmy possums in the process. By controlling populations of feral cats, dogs, rabbits, goats, and other animals that prey on the possums or compete for the same limited resources, Bush Heritage Australia has effectively aided in protecting three of the four remaining species of pygmy possums.

They’ve also established a program of building wooden boxes to serve as pygmy possum nests in the wake of deforestation and loss of natural habitat. Unfortunately, other species affected by the same issues are taking advantage of these boxes. Bush Heritage recently realized these nests face violent overthrow by highly social huntsman spider colonies.

Huntsman spiders are the largest in the world, by leg span, and display a bundle of bizarre behavior. They don’t spin webs or rely on them to catch prey. Instead, they’re aggressive hunters who live in colonies of up to 300 members. Surprisingly social within their own ranks, they even share prey. When they get around other colonies, however, all bets are off. They turn downright violent and cannibalistic to foreign spiders.

Bush Heritage members started noticing the spiders around the same time pygmy possums began relocating into the boxes. Upon lifting the lids, some of the boxes contained large colonies of the arachnids whizzing around inside. Now that their typical habitat of trees to live inside are in short supply, they’re turning to the boxes for new real estate.

Known equally for their size and speed, these unwelcome guests pose a danger to human beings, although attacks remain rare. For those unfortunate enough to experience the painful bite from these creatures, symptoms include localized swelling, heart palpitations, nausea, and vomiting. Medical attention is recommended.

According to his eyewitness statement, and an accompanying photo, the spider clung to the side of the door with its prey clutched in its powerful jaws. The scene couldn’t have been creepier. 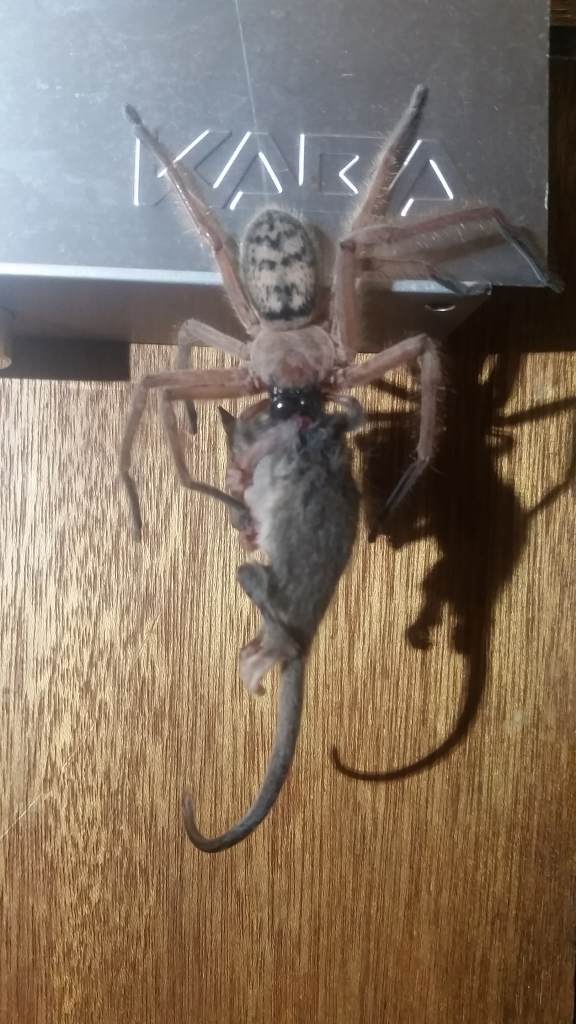 Adam Latton was staying at a ski lodge in Mount Field, Tasmania, when he spotted this huntsman spider with a Tasmanian Pygmy Possum. || Photo courtesy of Justine Latton

Since Tasmanian Pygmy Possums are among the smallest of the pygmy possums, the unfortunate victim measured about the size of a walnut, making it an easy and convenient meal for the crawling critter.

That said, researchers believe pygmy possums are a rare feast for the eight-legged creatures. They prefer chowing down on frogs, geckos, and small birds.

Though Bush Heritage has seen one or two huntsman spiders in a box with snuggling pygmy possums, they have yet to see any furry friends cuddled within a colony. The verdict’s still out on whether or not these spiders are preying on the pygmy possums meant to nest in Bush Heritage’s boxes, or if they’ve become unlikely neighbors.

Next post Is Bobby Mackey's Music World A Portal To Hell? - Ripley's Believe It or Notcast Episode 29

Previous post Physicists Learned How To Make The Biggest Bubbles