Whether it's getting scratched by an Argentine black and white tegu or sprayed with acid, it's just another day of pet care for the prolific collector. 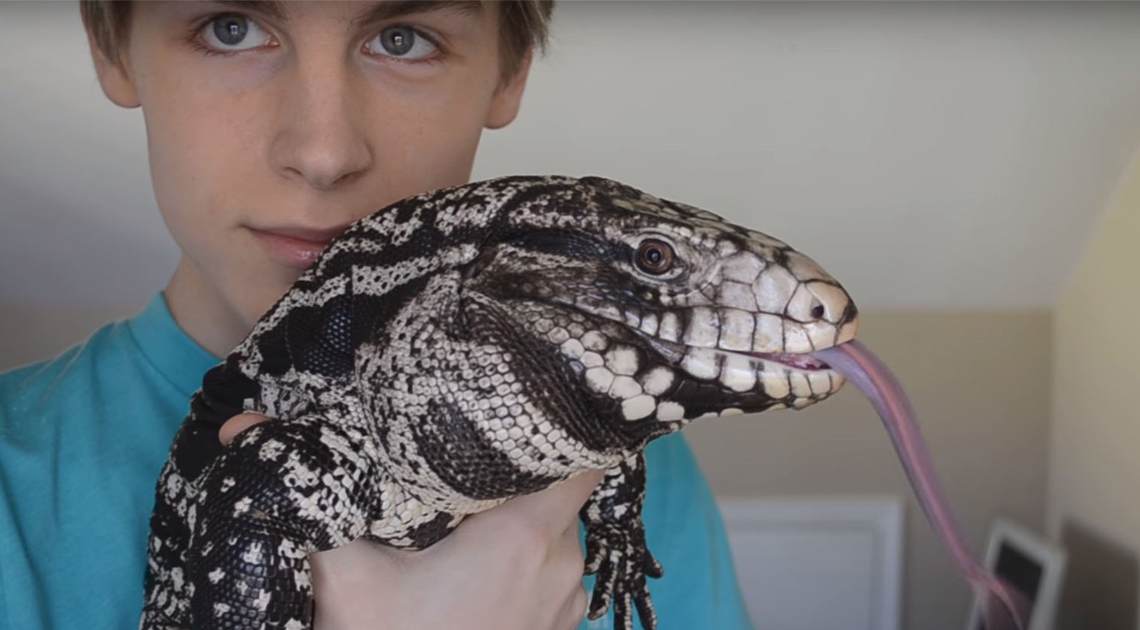 Tomas Pasiecznik—better known as Tomas Pasie—has owned more than 100 different species of animals! The 19-year-old YouTuber lives in New Jersey where he keeps his amazing pet collection. Most of his pets are exotic or extremely rare, so he uses his channel to share his collection with others. He offers tours of his animals, feeding videos, educational sessions, and pet-care explainers.

His collection is filled with spiders, snakes, scorpions, lizards, millipedes, and of course a couple dogs. Feeding all these animals alone is a monumental task, but because of the special requirements and potential dangers his pets present, Pasie has had to become an animal expert. Whether it’s getting scratched by an Argentine black and white tegu or sprayed with acid, it’s just another day of pet care for the prolific collector.

The most venomous animal in Pasie’s collection, the Vietnamese centipede requires particular attention. Describing the invertebrate as an expert escape artist, he keeps it in a locking enclosure with high sides to keep the centipede—and himself—safe. 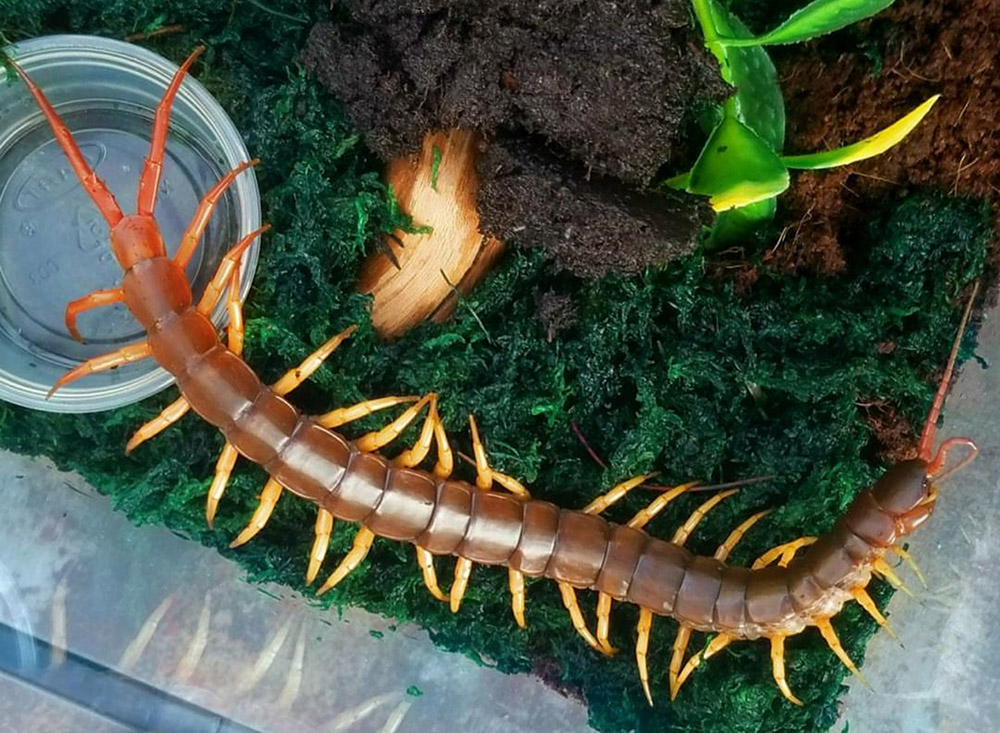 Pasie has owned over 110 tarantulas so far, but he admits the gooty sapphire ornamental tarantula is his all-time favorite. Though they’re readily available in pet shops, this spider is critically endangered in their home country of India. Pasie actually owns a pair of the tarantulas, which he hopes to mate. 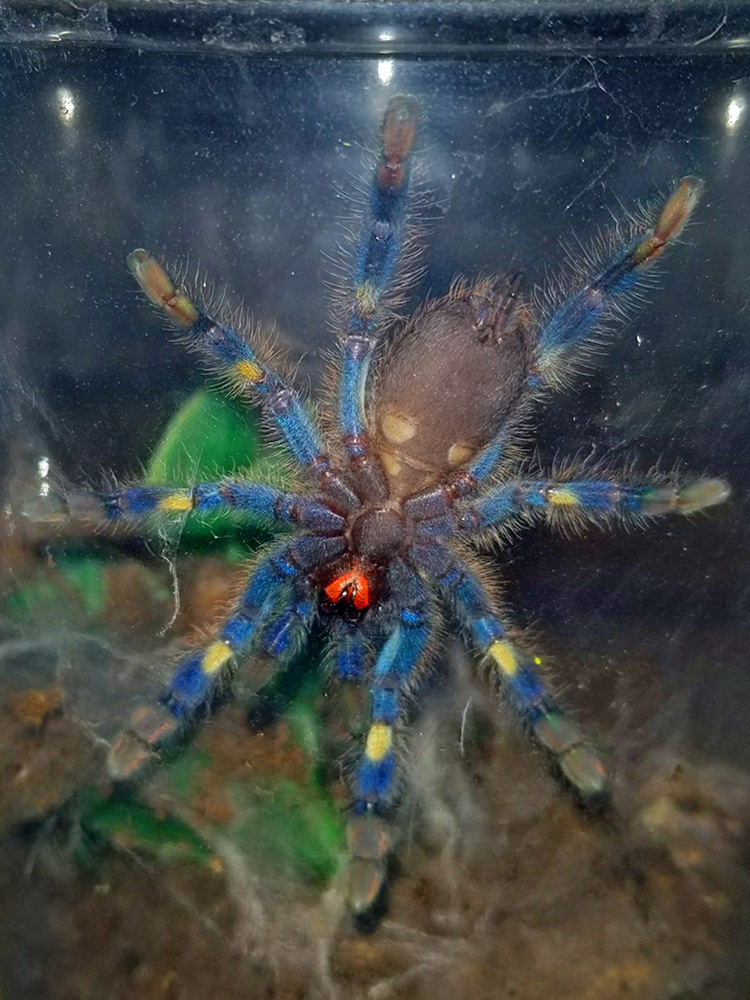 Perhaps one of the scariest arthropods in Pasie’s collection, the tailless whip scorpion is actually quite harmless to humans. Unlike most scorpions, they don’t have a stinger. Instead, they have a sac on their abdomen that shoots acid! Pasie says he’s been sprayed before, but says it’s no big deal as long as you wash it off. 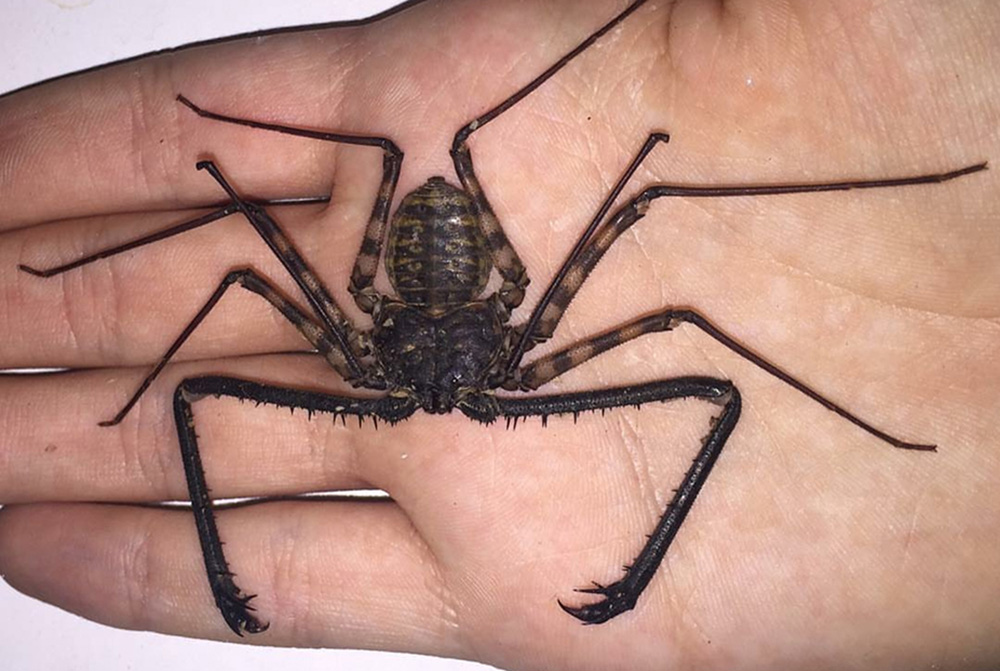 Pasie hopes his videos and pets can help teach people that pets besides cats and dogs are cool too. Likewise, he’s trying to help revitalize some species that are facing existential peril at the hands of the exotic pet trade and habitat destruction.

“I hope that people realize that my animals aren’t as bad as the mainstream media makes them out to be. I want people to love all animals, not just the furry ones.”—Tomas Pasie

I’m in Ripley’s Believe It Or Not! ? Thank you to @ripleysbelieveitornot as well as everyone who supported me and helped me get to where I am today! Don’t forget to look for me if you ever see this giant purple book in stores! Check out my newest video on my channel about this book to learn more! LINK IN BIO ? . . . . . @ripleysny @ripleysaquaca @ripleysmyrtlebeach @ripleysamsterdam @ripleysatlanticcity @ripleysniagarafalls #ripleys #ripleysbelieveitornot #ripleysodditorium #ripleysaquarium #believeitornot #oddities #animals #exoticpets #tarantula #tarantulas #reptile #reptiles #tarantulasofinstagram #reptilesofinstagram