Hiring people for background crowds in movies is time consuming and costly. The Inflatable Crowd Company can produce on-demand crowds with none of the hassle or cost of corralling thousands of people.

People are demanding, and expensive. They expect wages, reasonable working conditions, breaks, meals, insurance, benefits, and to be treated like decent human beings.

Joe Biggins recognized an opportunity to get rid of a certain sector of real humans in movies and replace them with – you guessed it – blow up dolls! 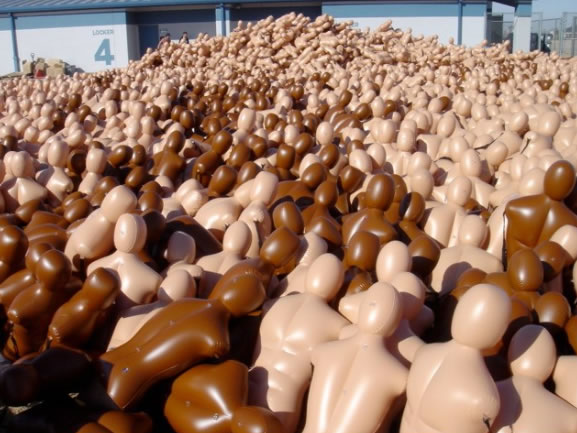 The Inflatable Crowd Company was created for SEABISCUIT in 2002. Since then, our Inflatable Crowds have been seen (but not noticed) in over 80 feature films & many TV shows & commercials.

Hiring people for background crowds in movies is time-consuming and costly.

The Inflatable Crowd Company can produce on-demand crowds with none of the hassle or cost of corralling thousands of people. 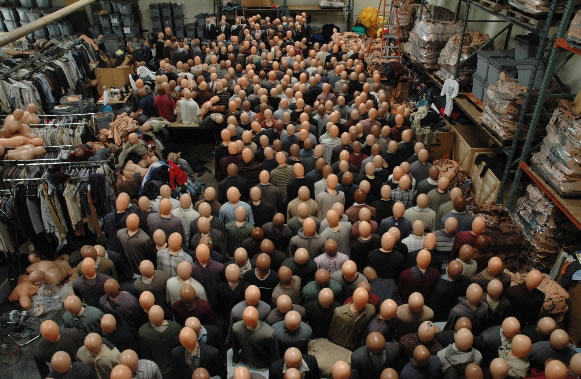 Each doll is dressed, inflated, and given custom masks. If you have seen a large crowd in a movie lately, chances are, they were provided by Joe Biggins’ Inflatable Crowd Company.

Want to know exactly which movies his crowds have shown up in? Check out this list.

Previous post There’s a Typo on the Lincoln Memorial