In a plan ripped from the pages of a Pixar script, Inky the Octopus made a daring escape from his aquarium tank and traveled to the ocean. 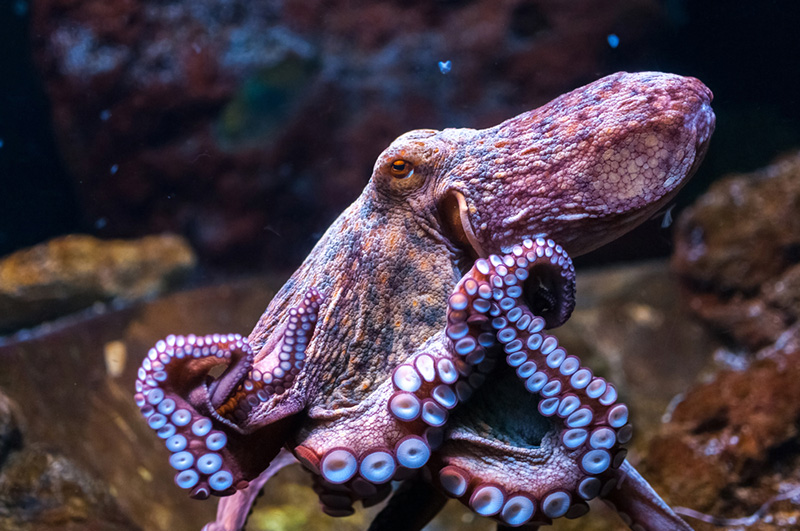 In a feat that would make the dentist office fish in Finding Nemo proud, Inky the octopus escaped from his tank at the National Aquarium of New Zealand.

Inky was a common New Zealand octopus of indeterminate age. Fishermen who caught him on Pania Reef brought him into the aquarium.

When they bought him in, Inky had been a little battle-scarred from his fights with fish. But at the aquarium, he’d been recovering nicely. He had a safe place to live, regular meals, and even had a friend to share his tank with, Blotchy.

But none of that was good enough for Inky; he seems to have been dreaming of his life in the open sea for some time.

Based on visual evidence acquired by aquarium employees, Inky the octopus’ escape seems to have looked something like this:

He also had to make the entire trip alone because Blotchy couldn’t be bothered to go with him. The employees of the aquarium returned to work the next day to find Inky missing and Blotchy sitting where they’d left him as if nothing had happened.

Why No One’s Surprised

Inky’s actions, while impressive, aren’t unique for an octopus.

Known to be smart and curious with great eyesight and excellent memories, Octopuses have caused problems for aquarium workers in the past.

Their ability to compress their boneless bodies to fit through tiny openings combined with their intelligence at escaping make these creatures prime candidates for just this kind of feat. Just when you think they’re trapped, they find a way to escape.

So while Inky may not be the first octopus escape artist, he does seem to be one of the few to make it from captivity all the back to the ocean.

Wherever he is today, we wish him the best.