A stolen bicycle inspired this 12-year-old from Louisville, Kentucky to take up boxing. 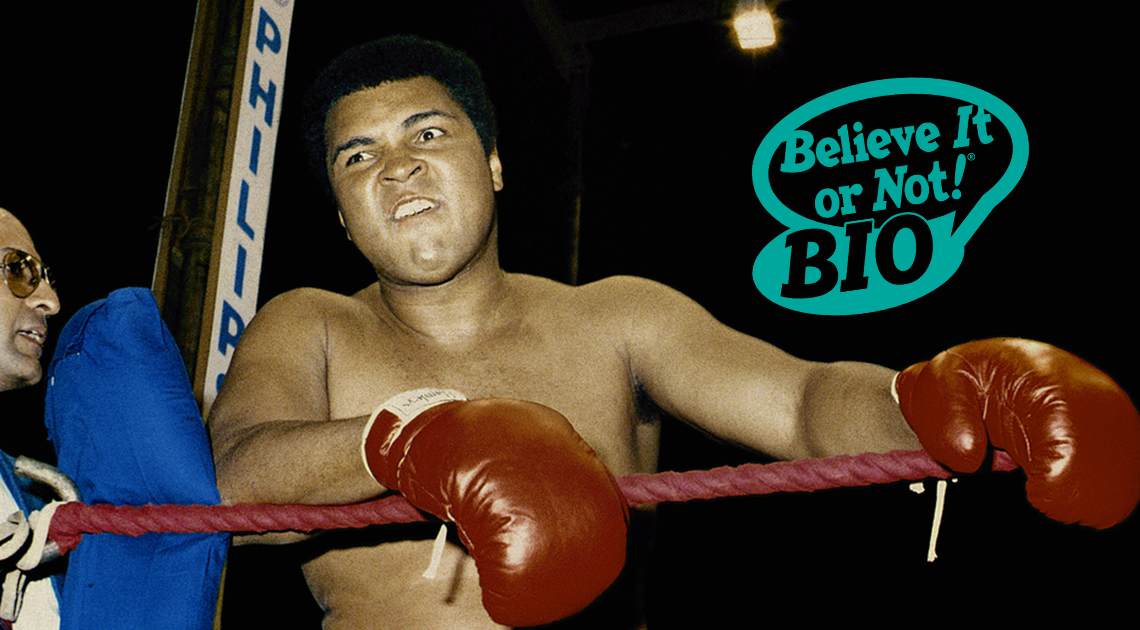 It’s no hidden feat that Muhammad Ali tops the charts as one of the world’s most renowned and talented boxers. Over the course of two decades, he has won 56 fights and lost only five. He also spouted one of the most iconic quotes in the history of sports, “Float like a butterfly, sting like a bee.” And while much is known about the boxing legend, there are some things that may surprise you. From what ignited his interest in fighting to his debut in a Broadway musical, let’s enter the ring with one of the most unbelievable athletes in history.

A stolen bicycle spurred him to try boxing.

Muhammad Ali, who was born Cassius Marcellus Clay Jr., grew up in Louisville, Kentucky. His mother was a housekeeper, while his father earned a living painting signs and billboards. In October 1954, when he was 12 years old, someone stole Clay’s red and white Schwinn bicycle. He reported the theft to the local police, specifically an officer named Joe E. Martin. 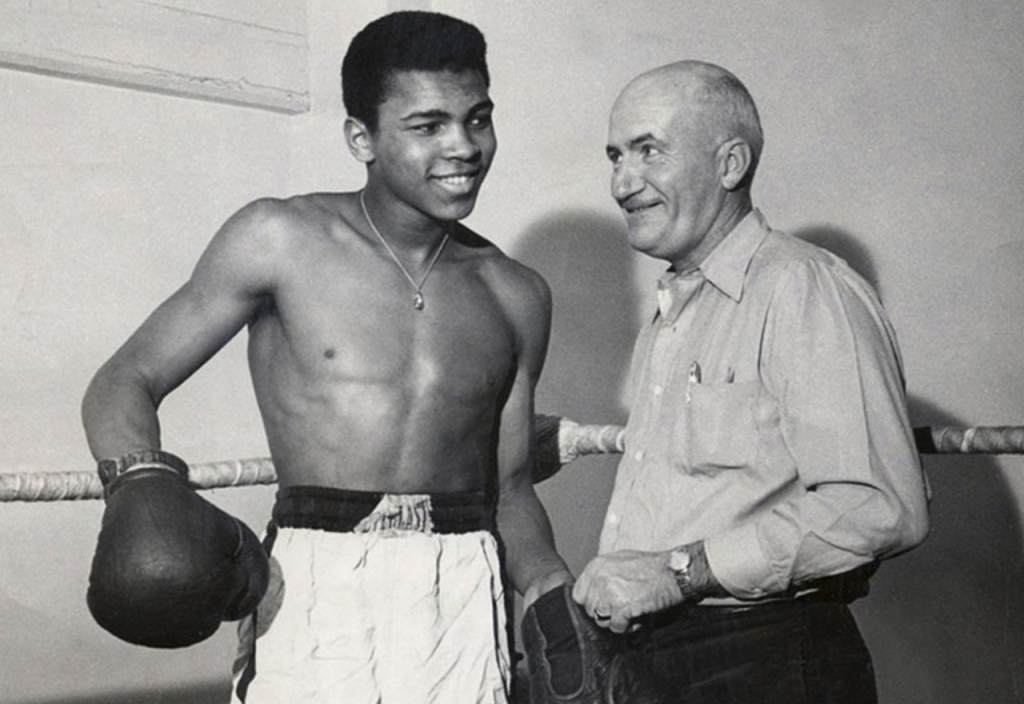 Clay was so angry about the incident that he swore to “whup” whoever took his bike. And while those were fighting words, Clay had no actual experience fighting at all. Officer Martin, who also happened to be a boxing trainer, suggested that Clay learn how to properly box before he confronted the thief.

Clay watched some amateur boxing bouts on television and soon after decided to take Martin up on his offer. He won his first bout (in a split decision) a few weeks later. Clay, who later changed his name to Muhammad Ali, eventually worked with a man named Fred Stoner, whom he credited with teaching him his style of boxing.

In 1960, the USA boxing team selected Ali for the Rome Olympics. The 18-year-old boxer was afraid to fly, but his trainer, Joe Martin, convinced him to go after reasoning that the only way to become a heavyweight champion was to take part in the Olympics. Ali competed in the light heavyweight division and emerged victorious over the more experienced Zigzy Pietrzykowski, landing a gold medal in the process. 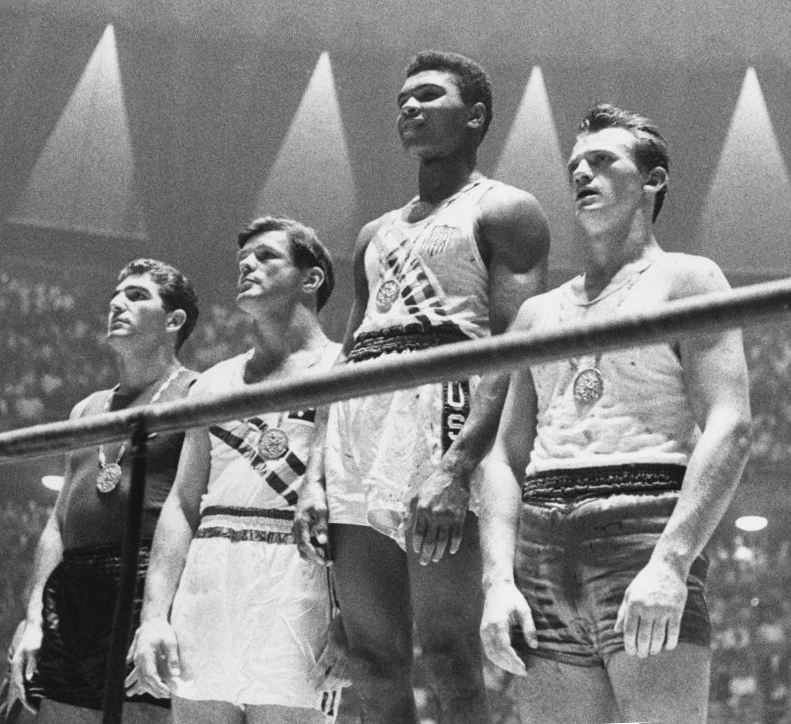 Ali wrote about the incident 15 years later in his biography, but some question whether this incident actually occurred. Even Ali once said, “I never knew what I done with that medal.”

All in all, things ended up all right. He received a replacement medal during the 1996 Atlanta Olympics where he also lit the Olympic Flame.

One year after the United States entered the Vietnam War, Ali was drafted. But, after refusing to serve, he was arrested and sentenced to five years in prison. In addition, he was fined $10,000 for dodging the draft. While he made an appeal and didn’t serve the time behind bars, the New York State Athletic Commission subsequently revoked his boxing license and took away his title.

Ali’s actions greatly affected his boxing career and led to a three-year ban in the sport. From 1967 to 1970, he wasn’t allowed to fight. He appealed the decision and was finally allowed to get back in the ring in October 1970. Initially, the public was appalled by Ali’s stance. However, not long afterward, many Americans started opposing the war and thinking along the same lines.

During his time off, Ali’s supporters grew. He spoke publicly and traveled to various colleges to voice his anti-war stance. The New York State Supreme Court reinstated his license in 1970, and in 1971, the U.S. Supreme Court overturned his conviction in a unanimous decision.

During his time away from boxing Ali focused his energies on a totally different career: acting and singing! He appeared in the 1969 Broadway production “Buck White,” in New York City. Ali was friends with actor-producer Ron Rich and often spent time with the cast backstage. When he showed off his singing ability, producer Zev Buffman was quite impressed and decided to put Ali in the show and turn it into a musical.

“I was amazed at his ability to carry a tune—his voice was as attention-grabbing as his charm as a fighter,” Bufman told the New York Times in 2019. He added, “The [last] preview was the most astonishing theatrical event I ever lived through. Ali was brilliant. Forget Harry Belafonte. Forget anyone who ever did ‘Porgy and Bess.’ I have never seen anyone or anything like it, the way he captured the stage with a charisma that got people on their feet for five straight minutes.”

Unfortunately, the show didn’t resonate with audiences, and it shut down just four days after its debut. It’s unclear why it failed, but it’s an interesting footnote to Ali’s career.

The famous “Rumble in the Jungle” fight took place at 4 a.m., and Ali was paid $5 million.

One of Ali’s most famous fights was nicknamed “The Rumble in the Jungle.” His opponent, George Foreman, was considered one of the sport’s hardest hitters. The legendary bout took place on October 30, 1974, in Kinshasa, Zaire.

At the time, Foreman, 25, was undefeated and known for being quite intimidating. Meanwhile, Ali wasn’t quite as fast as he was when he was in his 20s. Still, he was raring to go at age 32. And, of course, it helped that he was being paid $5 million from Zaire’s president, Mobutu Sese Seko. In order to accommodate an American audience, the bout started before the sun rose in Africa. 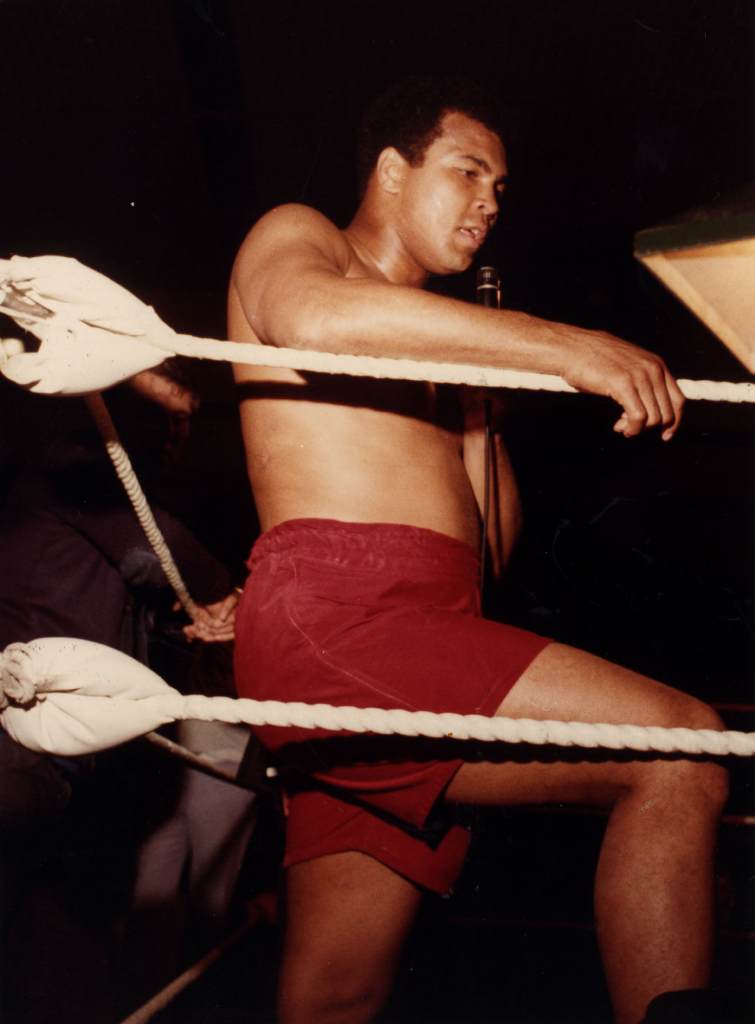 Ali was so psyched for the event, he told reporters beforehand, “I’ve done something new for this fight. I done wrestled with an alligator, I done tussled with a whale; handcuffed lightning, thrown thunder in jail; only last week, I murdered a rock, injured a stone, hospitalized a brick; I’m so mean I make medicine sick.”

Ali beat Foreman with a knock-out in the eighth round and reclaimed his heavyweight title.

Walter Cronkite compared Ali to a superhero on January 20, 1981, after the boxer saved a man who tried to take his own life. Police spent hours trying to talk the man down from the ninth floor of a building in Los Angeles, but it was Ali who ended up preventing a tragedy. At first, law enforcement officials refused Ali’s help, but the boxer was just a mile away and went to the scene after his public relations manager made the suggestion.

The military veteran threatened to jump because he was “no good,” yet, somehow, Ali managed to talk him down. The boxer leaned out of an adjacent window to speak to the man in a conversation that lasted about 20 minutes.

Ali proceeded to accompany the man to the police station, followed by the Veterans Administration Hospital. Ali told the media: “I’m going to go home with him to meet his mother and father. They called him a nobody, so I’m going home with him. I’ll walk the streets with him and they’ll see he’s big. Every day I’m going to visit him in the hospital. I told him I’d stay close to him.”

German newspaper Der Spiegel referred to it as “the most megalomaniacal book in the history of civilization, the biggest, heaviest, most radiant thing ever printed.” Is it? You’d have to see it to decide. Some versions of the book, such as the Champ’s Edition, cost a little more—around $10,500. However, these deluxe books are sold with a sculpture by Jeff Koons and are signed by both the artist and Ali, himself. Today, you can get the original book at a deep discount of $6,000 from the publisher.