The Irish Giant and a Hunter Named Hunter

The giant remains in his captor's museum to this day. 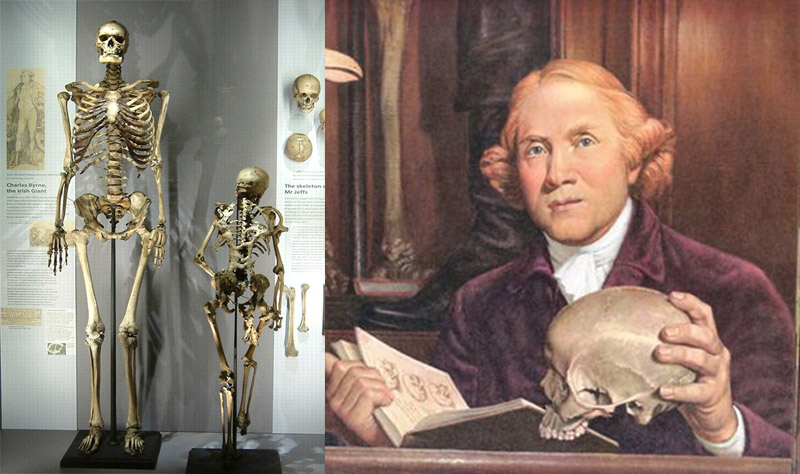 Born in 1761, Charles Byrne would grow to seven feet seven inches tall. The world at large knew him as the Irish Giant.

From a remote village in Ireland, Byrne’s family was not particularly tall. As their son continued to grow, they came to explain his great height was due to his conception atop a haystack. 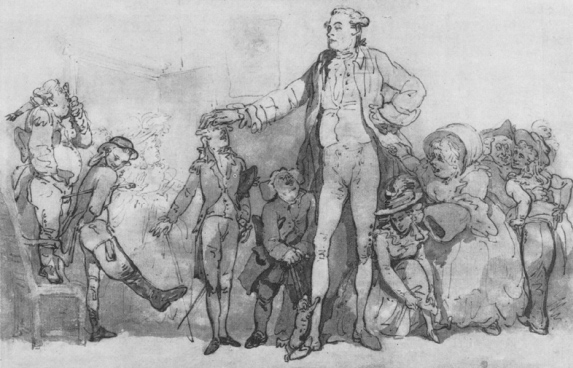 Destined to see the world (and the world to see him) he left for Scotland as a teenager, where he became an instant celebrity. The watchmen, in particular, were flabbergasted when he lit his pipe from the city gas lamps without effort.

As he made his way towards England, his success doubled, and he was paid to make appearances at hotels and at Piccadilly Circus.

Newspapers loved him, he wasn’t just a human curiosity but possessed a charisma that other performers lacked. By 1782, he had even inspired a hit stage show. 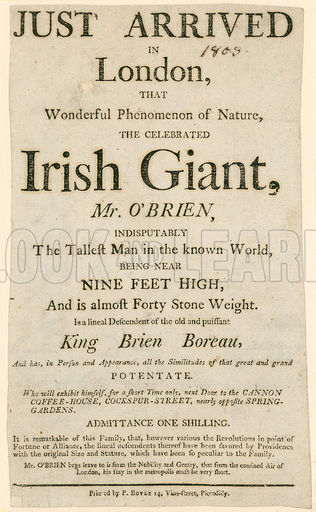 Byrne’s claim to fame would also lead to his death. The actual cause of his towering height wasn’t a haystack, but a tumor in his pituitary gland.

Byrne had made a decent living as a sideshow act, but he carried all of his wealth with him. Who would steal from the nearly 8-foot giant?

After a night of drinking at the Black Horse pub, a pickpocket managed to make off with all of Byrne’s banknotes. His poverty, coupled with a bout of bad health, killed the giant at 22 years old.

John Byrne knew his body would be stolen.

He lived in an era of undertakers working with underground medical research teams bidding top dollar for human cadavers. In hushed rooms and back alleys, they were called “resurrectionists.”

To the lay person, these doctors and scientists-to-be were nothing but corpse grabbing necromancers of their day, and the Irish Giant knew they’d be after the secrets of his body.

He also knew who was likely to end up with his remains: John Hunter. 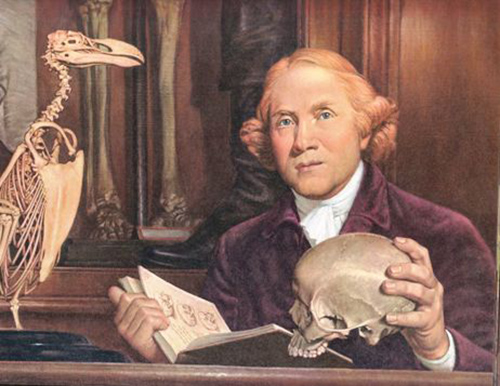 To prevent his body from falling into the hands of renowned surgeon and specimen collector, John Hunter, Byrne made his friends to promise he would be buried at sea, far from the hands of corpse stealing doctors.

They thought they complied with the Giant’s wishes, but were instead deceived.

Hunter wanted the Irish Giant’s body. Little had gotten in his way before. Paying undertakers or grave robbers was nothing but an inconvenience, but how would he fish Charles Byrne from the bottom of the English Channel?

Hunter had Byrne’s embalmer snatch the body before it was sealed in a lead-lined coffin destined for the sea.

Charles Byrne’s friends indeed left a coffin at sea, but that coffin was empty.

Hunter kept his possession of the Irish Giant’s body secret for a year. He studied it in the secret confines of his residence, removing the flesh and retaining its skeleton. 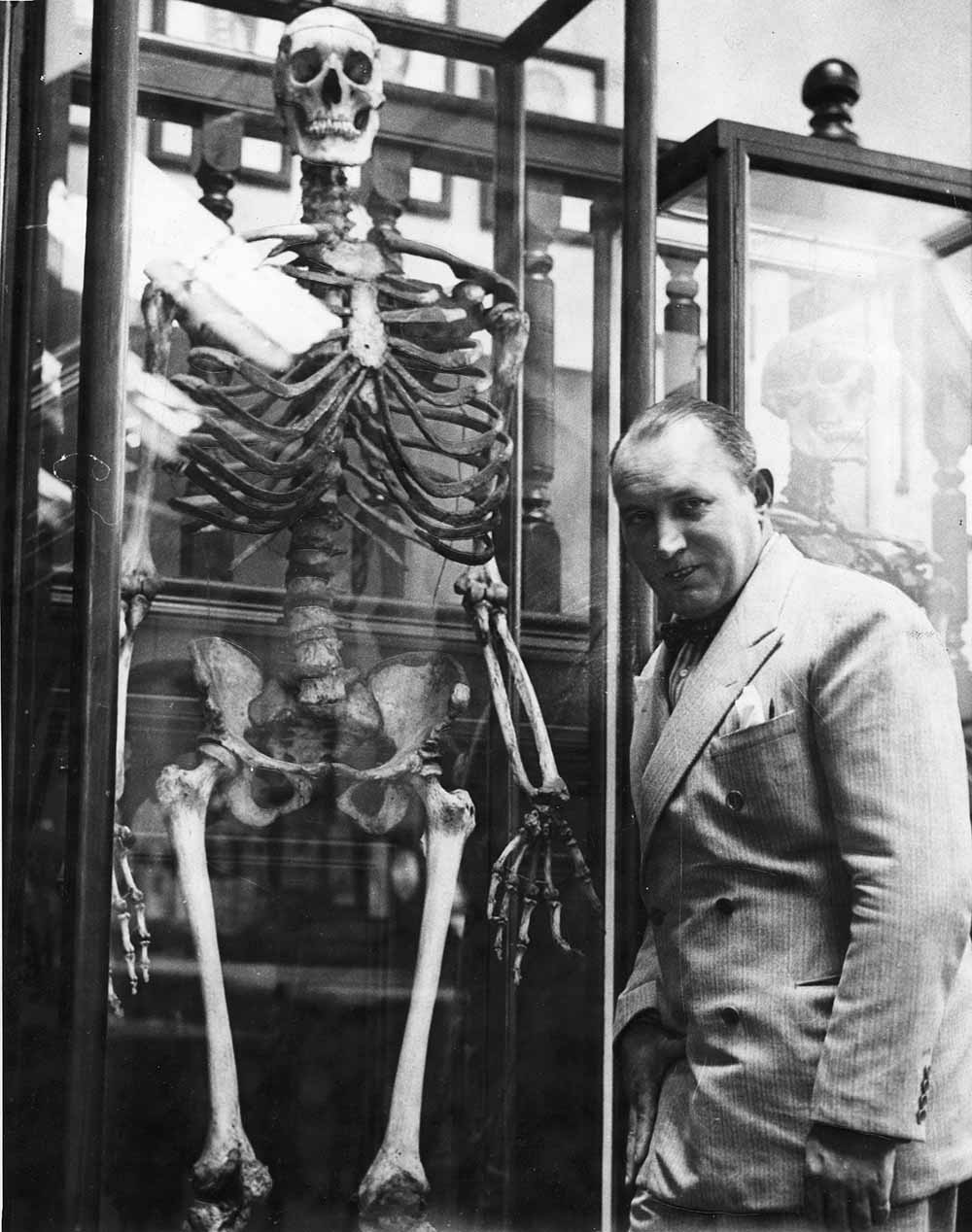 The skeleton would end up in the Hunterian Collection, the central display of the museum honoring the 18th-century surgeon.

While there is a great deal of knowledge that John Hunter was able to add to the medical community through his many studies, many more think that the Irish Giant still deserves the burial he asked for.

Despite protests, and swells in public opinion, the Royal College of Surgeons (who officially possesses the museum and the remains contained within) has repeatedly decided to keep their central showpiece in the museum.

To this day, the Irish Giant remains in his captor’s shrine. 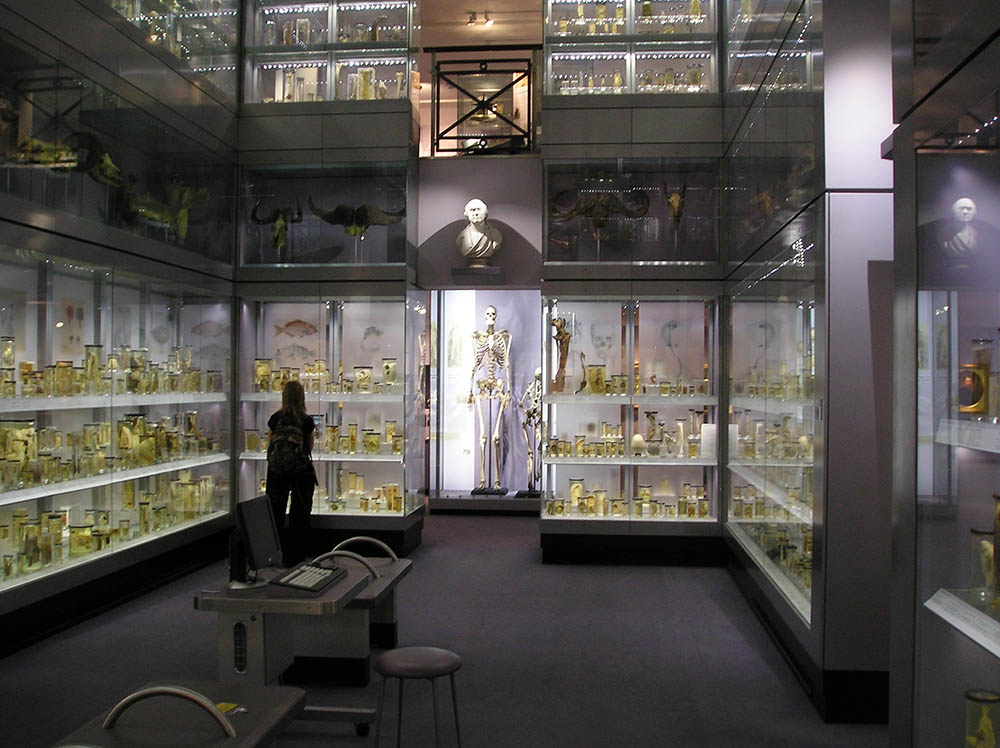 At the center of Hunter’s museum.

Previous post Skydiving Beavers Were Relocated via Planes in Idaho