Possibly the only magnetic animal. 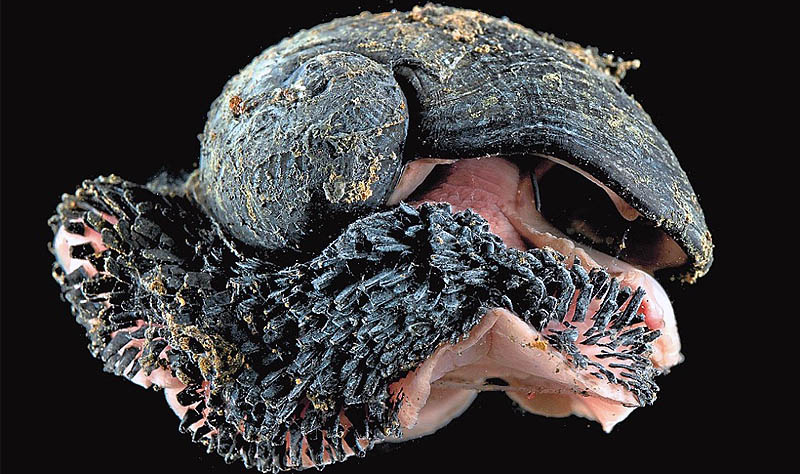 Snails are amazing creatures. They’ve been around for hundreds of millions of years and are found everywhere from roadside ditches to the deepest abysses of the ocean.

They’re also incredibly diverse and have an array of peculiar self-defense mechanisms that grow increasingly creative.

Apple snails, for example, lay their eggs with a special enzyme that keeps them from being digested if eaten by predators. Some Japanese land snails are known to survive digestion while they’re alive, using birds to travel vast distances to new habitats.

Alternatively, the Cooper’s nutmeg snail hunts for dangerous parasitic companions. They will travel the sea-floor looking for electric rays, climb on top, and ride them around the ocean while drinking the ray’s blood for sustenance. The exact sort of freeloader I’d expect a vampiric snail to be.

A sub-species of he scaly-foot snail, in my opinion, however, blows all that away. Living in the dark depths of the Indian Ocean under the plumes of deep sea vents, the Longqi scaly-foot snail actually has an iron shell. 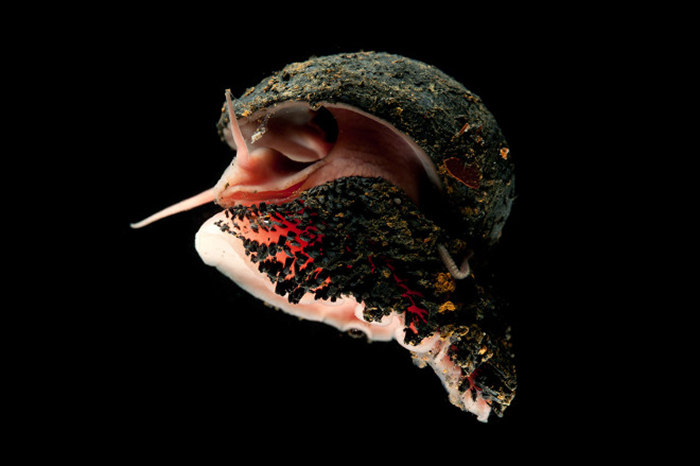 As far as any scientists know, this is the only animal to use iron as armor, besides the Knights of the Round Table, and it’s not just boring old gray iron, it’s dark knight of Camelot black iron.

Not only is its shell coated with iron, but overlapping iron plates also over its soft body to help protect it from predators. It wears a suit of armor!

The Longqi’s armor easily deflects the poisonous projectile harpoons of carnivorous snails and resists the crushing grip of predatory crabs. Some deep-water crabs are known to clamp down for days on snail shells to break through normal-calcium based shells. As a bonus, the Longqi is also magnetic.

How is this possible?

The whole shell isn’t exactly iron; it has a calcium base covered by a soft organic material which is below the iron. Scientists also theorize that the snail doesn’t make the iron by itself. Instead, they think a special type of bacteria turns minerals pouring out of underwater vents into the iron.

This theory would suggest that water coming out of underwater geothermal vents is highly toxic to most forms of life, and the bacteria would theoretically be turning those toxins into the iron sulfide covering the snail.

The Longqi’s not just metal, but its iron is literally made from poison.

This snail, however, doesn’t just have an incredible physical defense; it also doesn’t need to eat.

Inside its stomach is a culture of bacteria that turns the sulfurous water around it into energy, which the scaly-foot snail uses for sustenance.

Scientists don’t argue that the Longqi doesn’t need to be tough. At 1.5 miles deep, no sunlight reaches the hydrothermal vents where these snails live. Speaking of those vents, temperatures reach up to 600° F around the “smokers”, but the water doesn’t boil because of the immense pressure.

Despite these conditions, however, scientists point out that other organisms have managed to inhabit the same conditions without metal armor.

“I don’t think there’s anything special about the predatory challenges on them, but still it looks like they have really beefed up their shells for some reason.” –Shana Goffredi, Biologist at Occidental College

To further complicate things, another variety of the scaly-foot snail grows a normal shell and is white.

A third variety creates an armor of pyrite—which is better known as fool’s gold.

While scientists try to learn more about these snails by culturing its bacteria in labs, the US military has already provided funding to find combat uses for the snails’ iron armor. 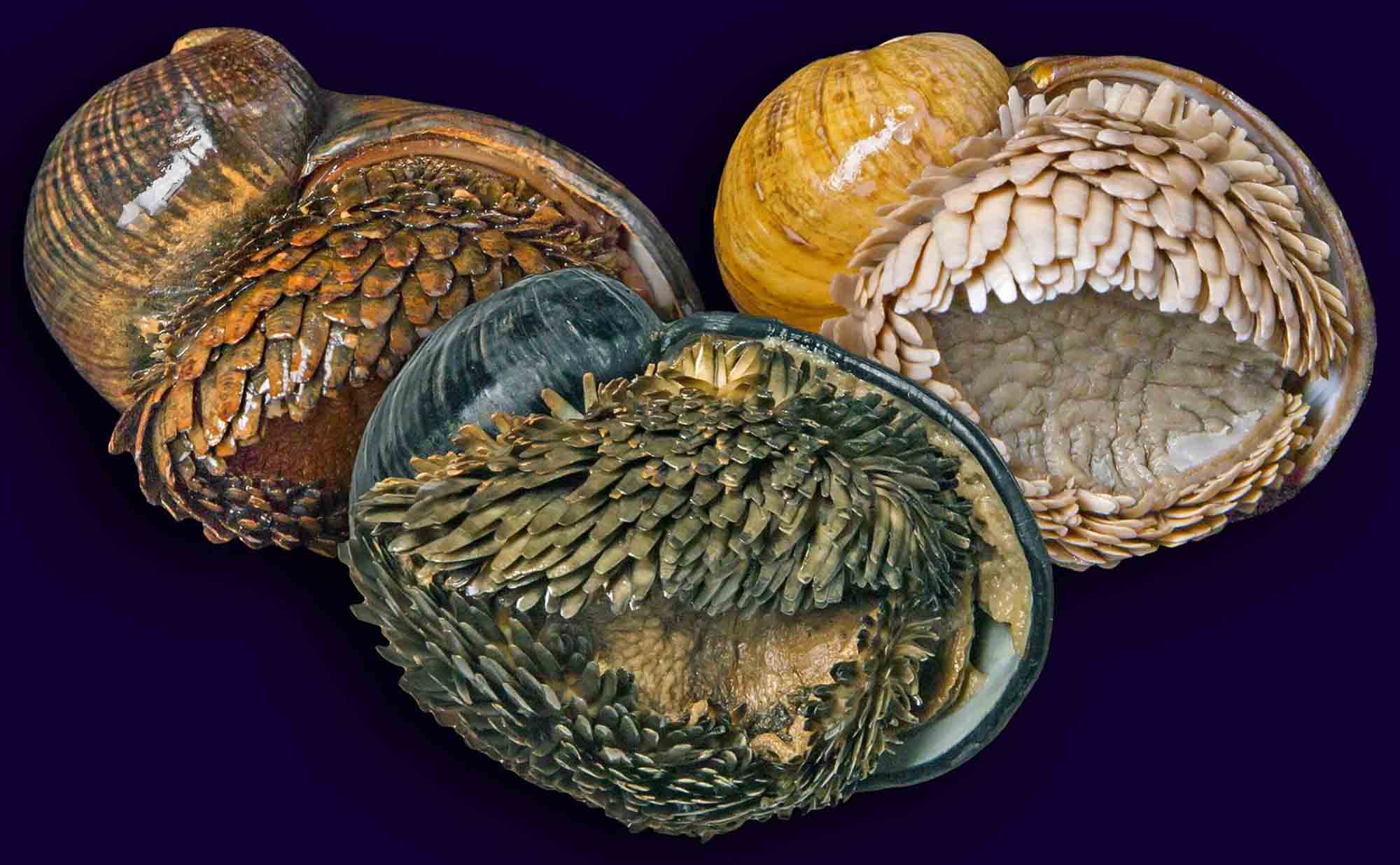