Is A Dog’s Mouth Actually Cleaner Than A Human’s?

Many of us enjoy kisses from our pups safe in the belief that dogs’ mouths have fewer germs than our own. But how does canine oral cleanliness really stack up to that of humans? 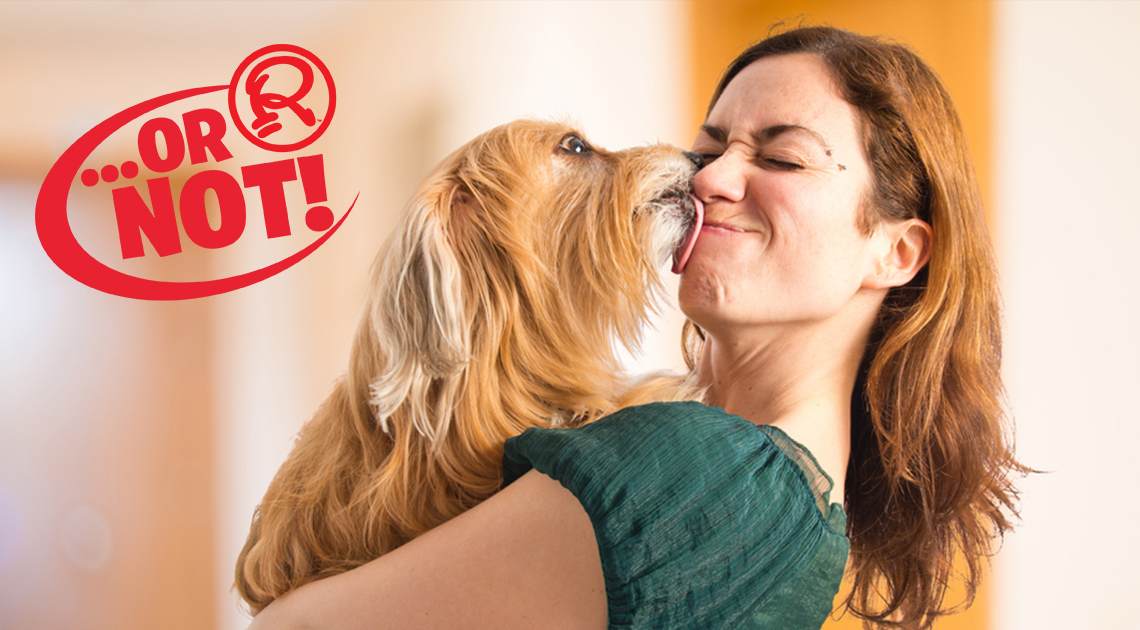 As any dog lover will attest, there’s no feeling quite like waking up or returning home to the adoring, drooly kisses of a beloved pet. Many of us enjoy this adoration safe in the belief that dogs’ mouths have fewer germs than our own. But how does canine oral cleanliness really stack up to our own? Let’s take a closer look!

In the human world, many people hesitate to hug or kiss friends and family when either party is ill for fear of either contracting an illness or passing it on to them. While we care for ailing pets in the same way we would any other family member, that specific consideration usually isn’t as much of a concern. This is simply because there are several diseases humans can have that dogs cannot, and vice versa. In turn, this contributes to a potential lack of caution about the contents of our canine companions’ mouths.

My, Grandma, What Big Capnocytophaga canimorsus You Have

This isn’t to say that there aren’t sometimes great dangers lurking in there, though. The bacteria Capnocytophaga canimorsus is just one potentially deadly little passenger often riding along in their saliva. It’s a rarity in humans, by contrast, and that’s just the point: both species’ mouths can harbor a wide variety of bacteria. Around 400 different species of them apiece, in fact, and only an estimated 15% of them are common to both humans and dogs.

The concern is that several diseases can be passed from pet to owner through bites, such as the deadly rabies. Fido’s mouth is no healthy haven. Couple this with the fact that people don’t tend to sample interesting foods they spot on the sidewalk or lick themselves in socially inappropriate places, and it’s clear to see that doggy kisses are capable of dispensing a lot of germs, just like the human equivalent. The latter certainly can be a bacterial bonanza, too: human kisses can exchange around 80 million bacteria (depending on kiss length and other factors). 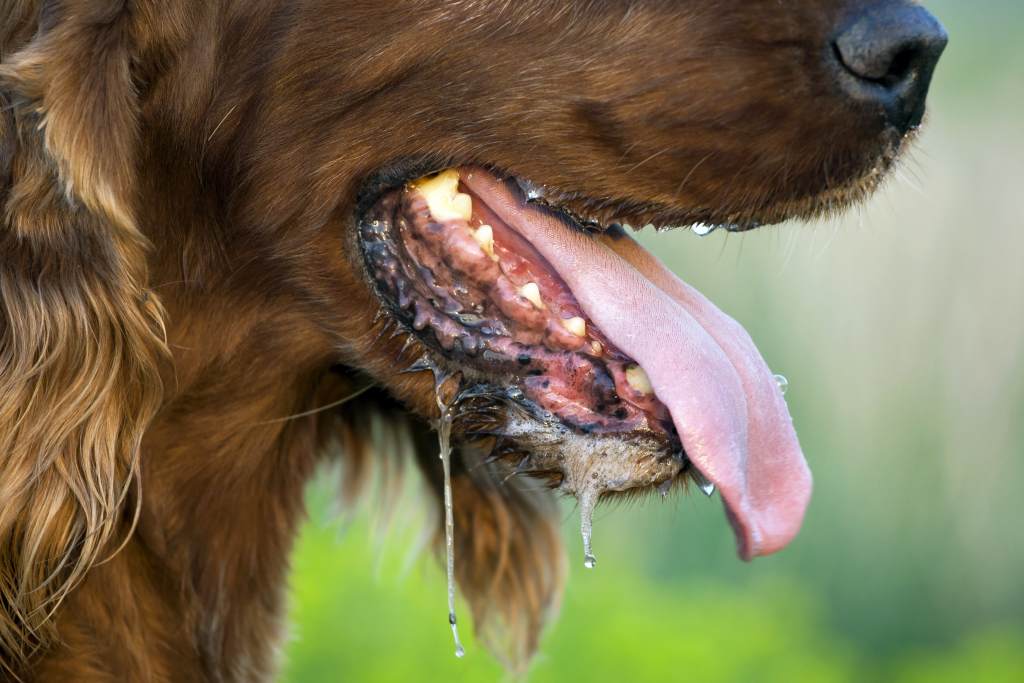 Why Do We Believe Doggy Mouths Are Cleaner?

Where did the belief that dogs’ mouths are cleaner than humans’ come from? Perhaps it’s partly to do with the fact that illnesses such as colds are so easily spread from person to person, and we’ve trained ourselves as a species to avoid people who are sick (and to trace back moments when we’ve come down with them to being in close proximity to fellow human sufferers).

While it’s true that dogs can catch colds and similar illnesses, and that they experience similar symptoms, they don’t suffer from the same particular germs that we do and can’t catch the common cold. As such, any human who willingly kisses a sneezy dog, but gives a human loved one with the sniffles a wide berth, will understand how this belief came about.

Another factor, of course, is that of oral hygiene routines. Some humans are particularly rigid in their tooth care routines, brushing between meals and utilizing all manner of toothpastes, mouthwashes, and flosses in the process. While dogs are incredibly intelligent in their own way, they haven’t quite mastered flossing yet, and they often don’t take kindly to their owners’ efforts to take care of their doggy teeth for them in general. It’s of equal importance, though, as dogs can suffer from bad breath and rotting teeth just as we can if their humans don’t keep on top of it for them. 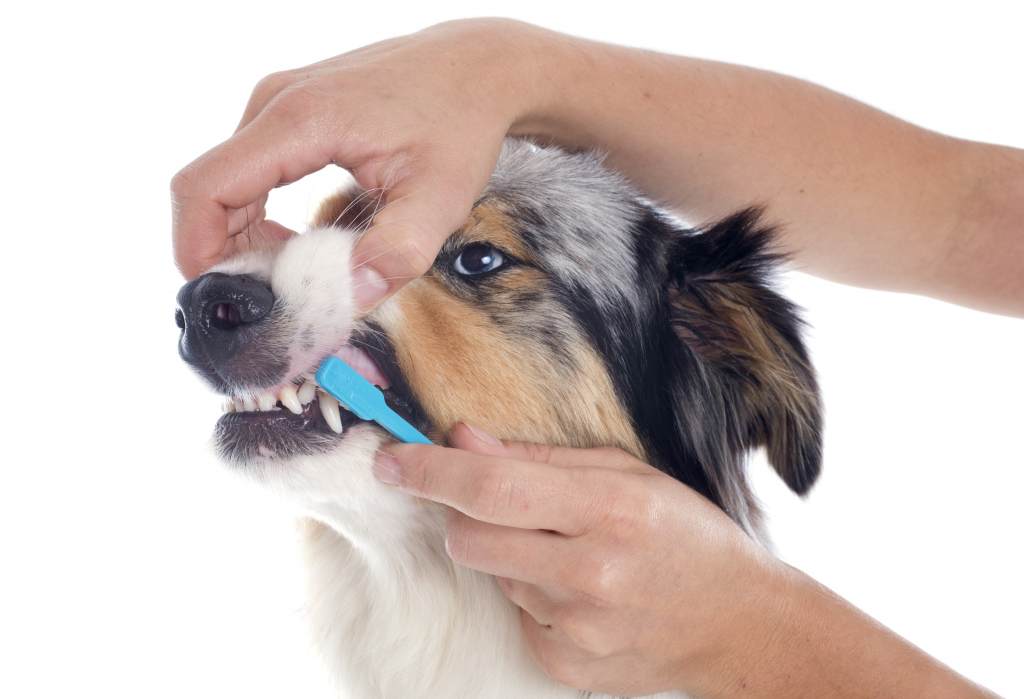 In short, in terms of the total amount of bacteria present, a dog’s mouth is as clean or less clean than a human’s, in general terms–taking anything questionable either species may have snacked on out of the equation. What is definitely true, however, is that a dog’s mouth is very different from our own as a bacterial (both friendly and unfriendly) environment. Our furry friends’ kisses are unlikely to make us ill, and vice versa, which is really all that matters!

Previous post Erin Blaire And The Art Of Hair Hanging