JC Sheitan Tenet lost his right arm when he was just a child. Being right-handed, you'd think his dream of being a tattoo artist was dead. You'd be wrong. 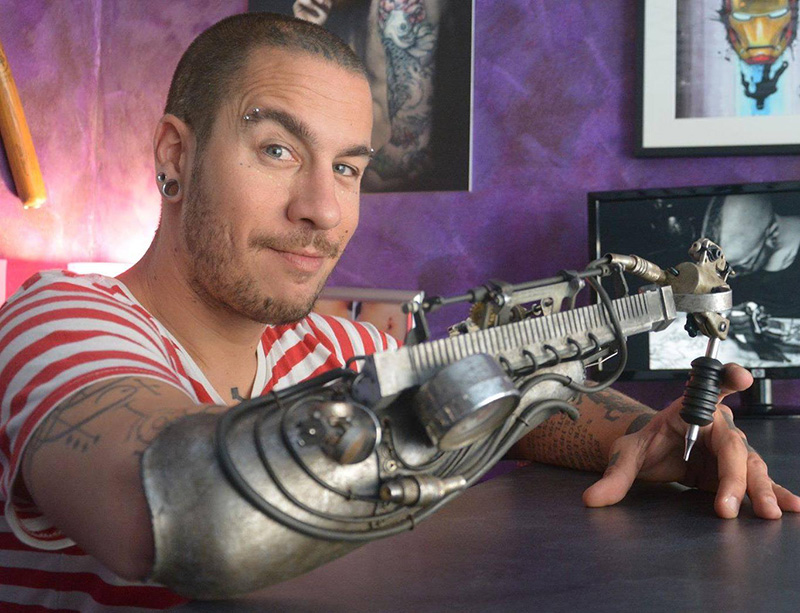 For JC Sheitan Tenet, there wasn’t another option. He lost his right arm below the elbow 22 years ago. Since he was right-handed, he not only had to learn how to perform tasks with one hand but with his non-dominant hand.

Sheitan Tenet didn’t allow the setback to stop him from pursuing a life as an artist. He taught himself how to draw with his left hand and progressed from there to tattooing. It wasn’t easy. Sheitan Tenet admits that he had a hard time finding an artist willing to take him on as an apprentice because of his disability.

But where there’s a will, there’s a way, and now he has a new way to tattoo. 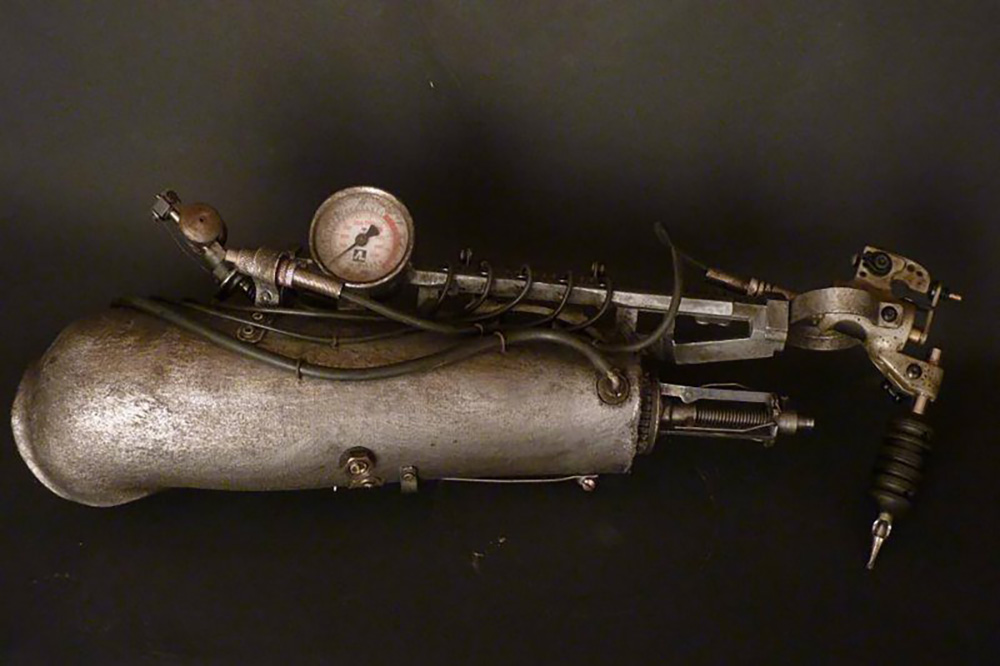 Tenet met artist JL Gonzal at tattoo conventions. The two of them talked about ways for Tenet to use his right arm to tattoo. As a result, the new prosthetic was born.

Gonzal mounted the kind of tattoo machine that Tenet was familiar with using onto an old prosthetic arm. He added parts from a mechanical typewriter and a gramophone to give it that steampunk look. He finished the effect by painting it with a rusty finish.

It should be noted that the arm is perfectly safe, and the tattoo portions are disposable. 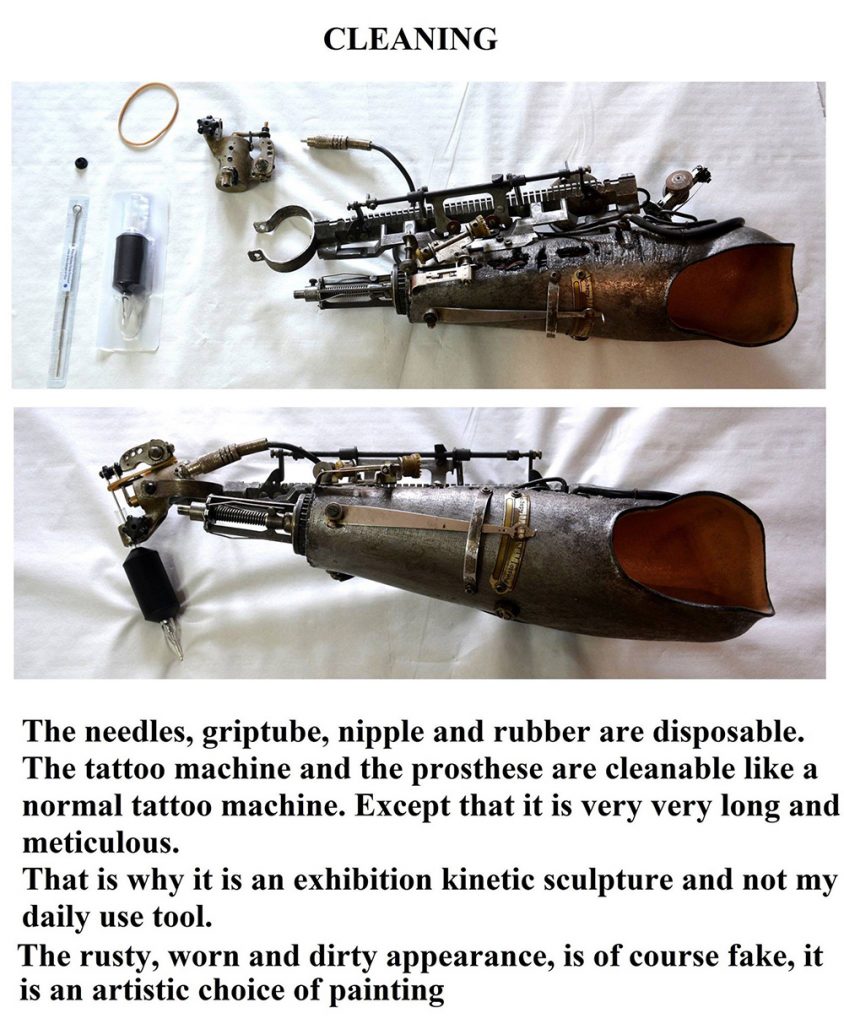 The arm may be a kinetic sculpture for now, but Tenet has said that this only version one. We’ll have to wait and see what version two has in store.

For updates and examples of JC Sheitan Tenet’s work, be sure to check out his Facebook page.

Next post Kenya has Nationwide Blackout Caused by Monkey

Previous post Days After a Swim, Woman Finds a Live Spider in Her Ear