Born on May 28, 1888, in present-day Oklahoma, Jim Thorpe was one of the most successful all-around American athletes of the 20th century. King Gustav V of Sweden dubbed him "the greatest athlete in the world.” 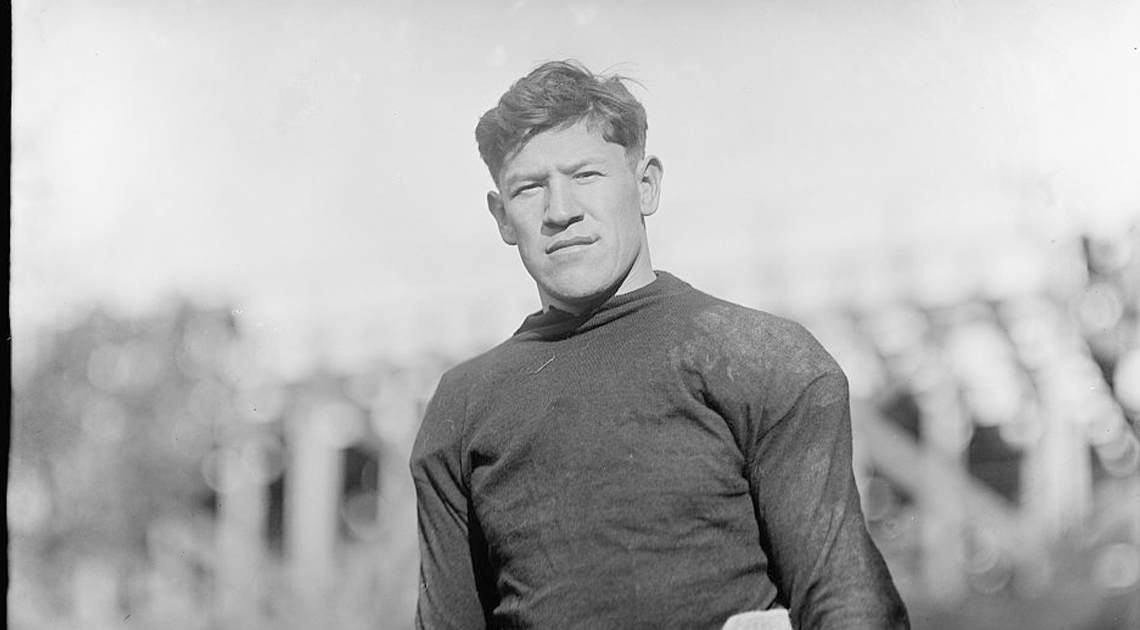 Jim Thorpe was the first Native American to win an Olympic gold medal for the United States. Also a professional baseball player, Thorpe played six seasons for the New York Giants. In 1954, a Pennsylvania municipality renamed itself after the all-American hero and bought his remains, despite Thorpe never residing in—or even visiting—the town. 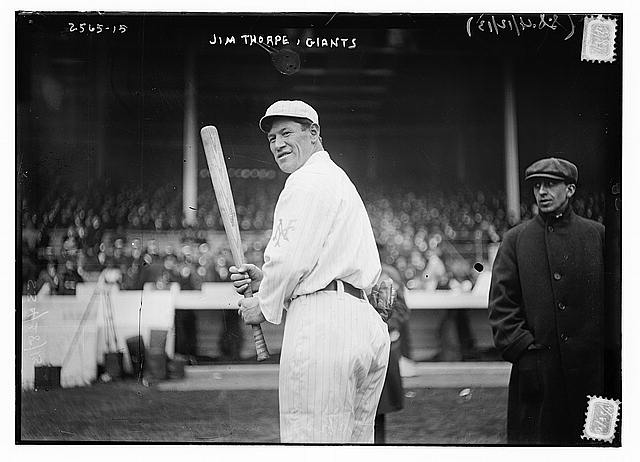 Born on May 28, 1888, in present-day Oklahoma, Jim Thorpe was one of the most successful all-around American athletes of the 20th century. At the 1912 Olympic Games in Stockholm, Sweden, he won two gold medals, one for the decathlon and the other for the classic pentathlon (in which he won four of five events). When being awarded his medals, King Gustav V of Sweden told Thorpe, “Sir, you are the greatest athlete in the world.”

However, only a year later, Thorpe was stripped of this honor after an investigation conducted by the Amateur Athletic Union revealed that he had played semiprofessional baseball from 1909 to 1910, disqualifying him from Olympic competition. Many people believe that Thorpe was deprived of his medals due to his ethnicity. It wasn’t until 1983 that the International Olympic Committee officially reinstated Thorpe’s medals and even that came at a cost—he was (and still is) listed as co-champion, rather than the all-out winner. 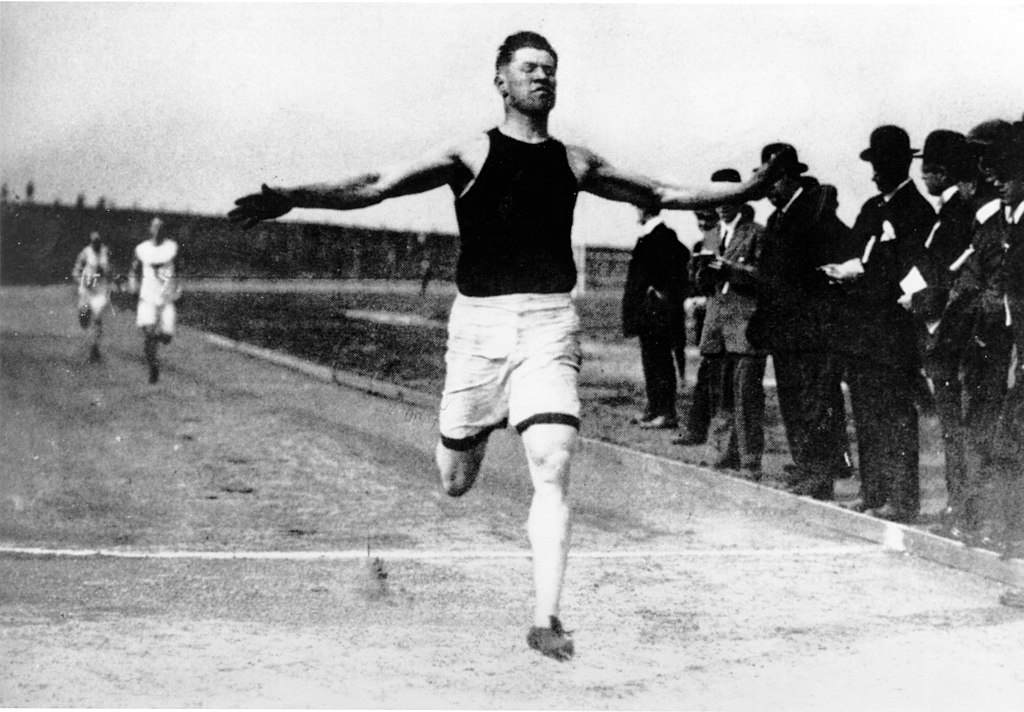 Thorpe passed away on March 28, 1953, at the age of 65 in Lomita, California. After his funeral in Shawnee, Oklahoma, and unbeknownst to his family, Thorpe’s third wife, Patricia Thorpe, shipped his body to two small Pennsylvania towns after hearing that they wanted to attract more tourists. The towns “bought” Thorpe’s body, built a monument in his honor, merged, and renamed the municipality Jim Thorpe, Pennsylvania. Thorpe had never lived in or visited the town, although he had attended an industrial school in Carlisle, Pennsylvania, 100 miles west of the borough.

In 2010, Thorpe’s son, Jack Thorpe, filed a federal lawsuit against the municipality. He wanted to have his father returned to his homeland of Shawnee and be buried closer to the family. In the lawsuit, Jack cited the Native American Graves Protection and Repatriation Act (NAGPRA) and claimed that the arrangement between Jim Thorpe, Pennsylvania, and his stepmother went against the wishes of the family. In 2013, a district judge ruled against Jack’s favor, stating that the borough amounted to a museum under the NAGPRA and was legally bound. In 2014, the U.S. Court of Appeals for the Third Circuit reversed the judge’s ruling, stating that the borough was not a “museum” and therefore could not legally be in possession of Thorpe’s remains. The court of appeals called the judge’s ruling “absurd.” In 2015, the U.S. Supreme Court dismissed the case, ending the legal proceedings for good.

Today, Jim Thorpe remains at rest in his namesake town. The monument site contains his tomb, a marker depicting his legacy, and two statues of him in athletic poses. The gravesite rests on soil from Thorpe’s native Oklahoma and from the Stockholm stadium where he competed in the 1912 Olympic games. 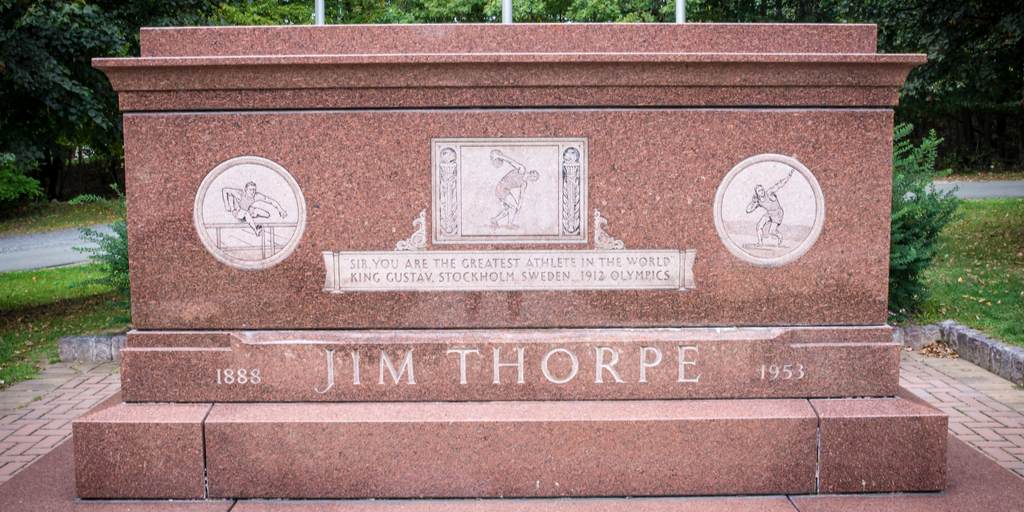 Although the borough originally bought Thorpe’s remains to generate more business, it didn’t seem to work out. Instead, thousands of tourists visit Jim Thorpe, Pennsylvania, every year for the area’s art festivals and outdoor recreational activities. Sadly, the memorial largely goes unnoticed.

Next post South Korean University Monetizes The Power Of Poop

Previous post Eden: The Survival Show That Didn’t Tell Contestants It Was Canceled