John Horwood Was Sentenced to Be Dissected!

He was found guilty of murder. 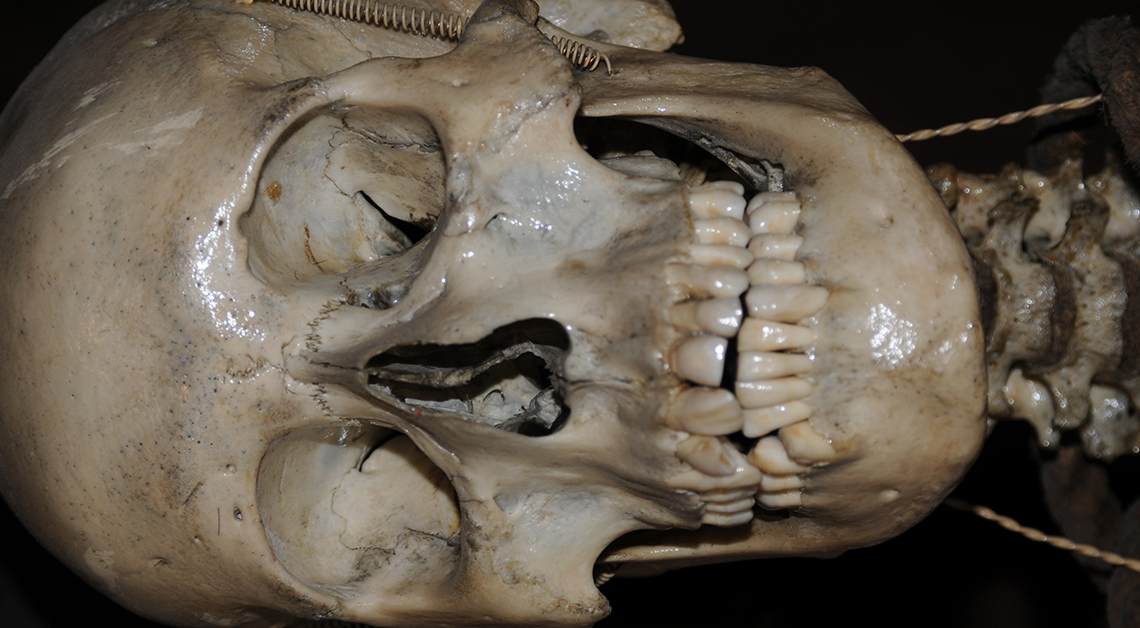 John Horwood was born in a cottage at Hanham Mills to Thomas Horwood and his Orkney-born wife. The youngest out of ten children, John became involved in the coal-mining industry. It was the district’s principal industry, and even though his family was fully involved, John only worked in it for two years.

John became infatuated with a girl by the name of Eliza Balsum. Enthralled, he began to follow her, and eventually losing his full-time employment to spend every waking hour with her.

While we don’t know if Eliza was ever attracted to John, he evidently didn’t care. His lust turned to obsession as he now began to harass and stalk her. One night in January 1821, John witnessed Eliza with a group of people, specifically with two men. Without hesitation, John flung a stone that hit the right side of her head. Eliza eventually made it home; however, she was vomiting and felt great pain. She was in and out of the Bristol Infirmary to have her head checked, but it wasn’t until late January that she was admitted. Unfortunately, Eliza grew ill. She was suffering from intrusive headaches and a fever she couldn’t sweat off. As for her wound, it was completely inflamed. It looked like the great stone caused a depressed fracture to her skull. Eliza later died of a brain abscess. 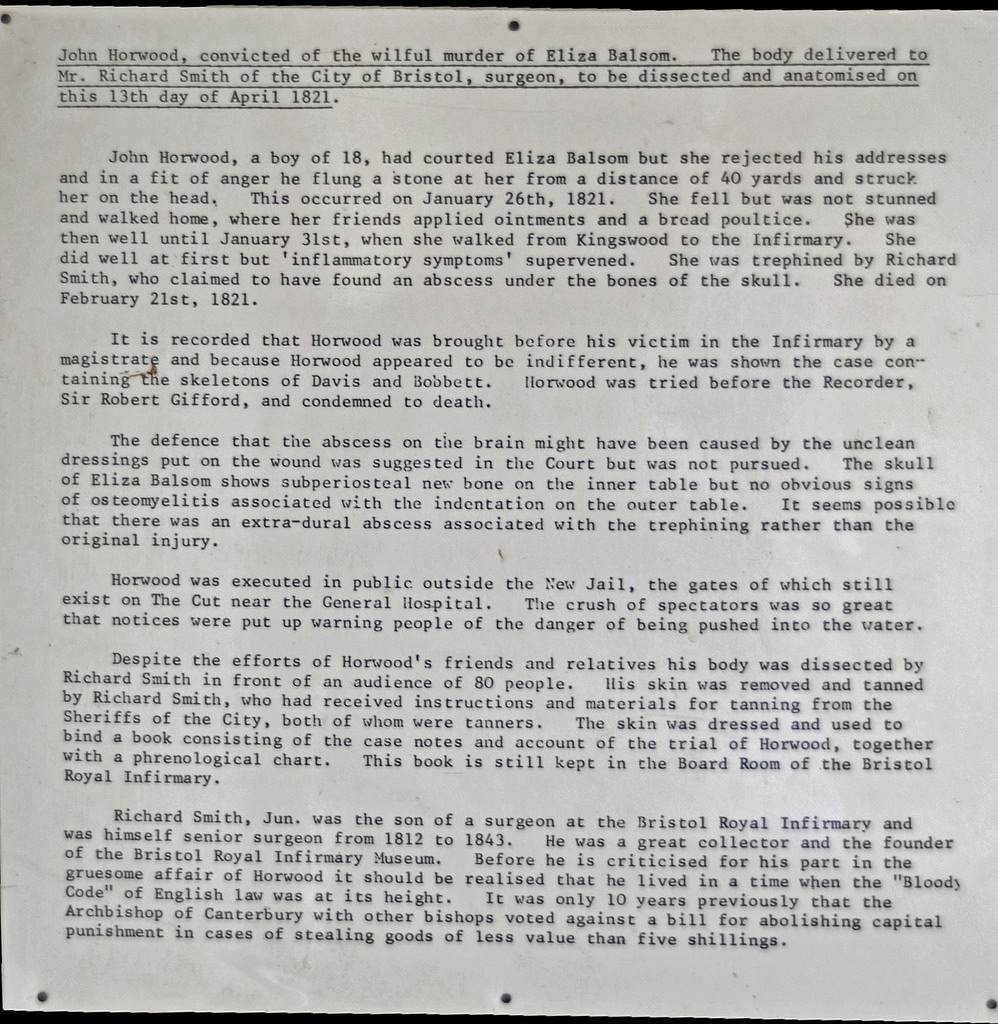 Found guilty of murder, eighteen-year-old John Horwood was sentenced to be hung, dissected, and to have his skin tanned by surgeon Richard Smith.

Believe it or not, his skin was peeled and turned into leather so Smith could bind the book containing a detailed record his findings on John’s body. The front cover of the book is embellished with crossbones and skulls. Written on the front cover of the book are the words Cutis Vera Johannis Horwood (‘The Skin of John Horwood’). Might we say this was probably the inspiration for Hocus Pocus‘ Winifred’s Book?

The archives of the Bristol Royal Infirmary include documentation attesting to the execution, dissection, and skinning of John Horwood.

So why was Horwood skinned and dissected? The archives state:

“Murders had increased in the early years of the 18th century to such a degree that it was decreed by Parliament to add ‘some further terror and peculiar mark of infamy’ to the punishment of death by hanging. A law was passed after Easter 1752: The bodies of criminals executed for murder should be handed over to surgeons for dissection”.

Did you know we have just a small square of Horwood’s skin here at Ripley’s? The post-execution surgeon scrawled some notes on it, seemingly as a makeshift toe-tag. Yup, take a look for yourself! 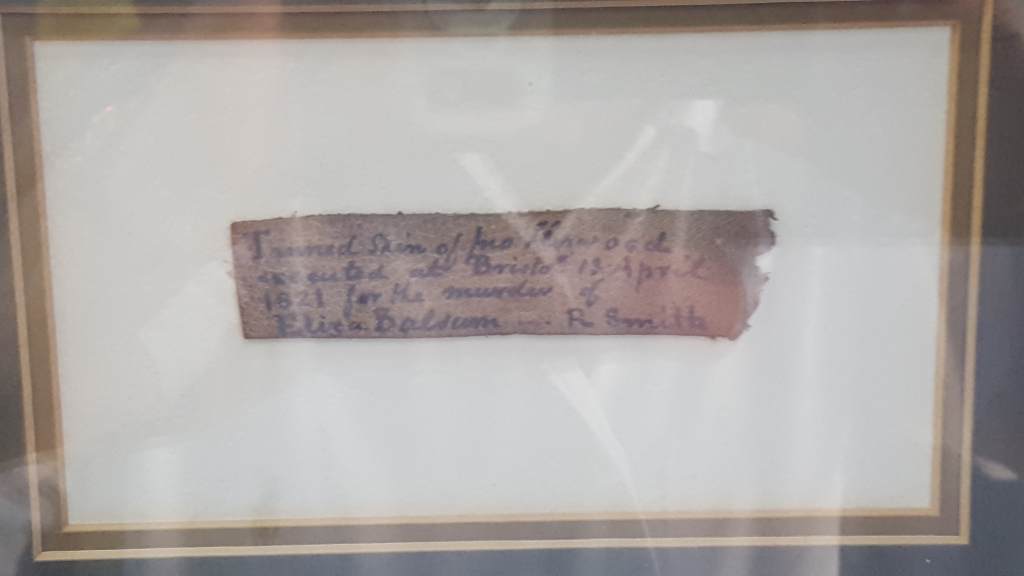 The skeleton of John Horwood was hanging from a rope in a Bristol University closet for many years. His body was finally laid to rest when Mary Halliwell discovered she was related to John. She even organized the funeral. 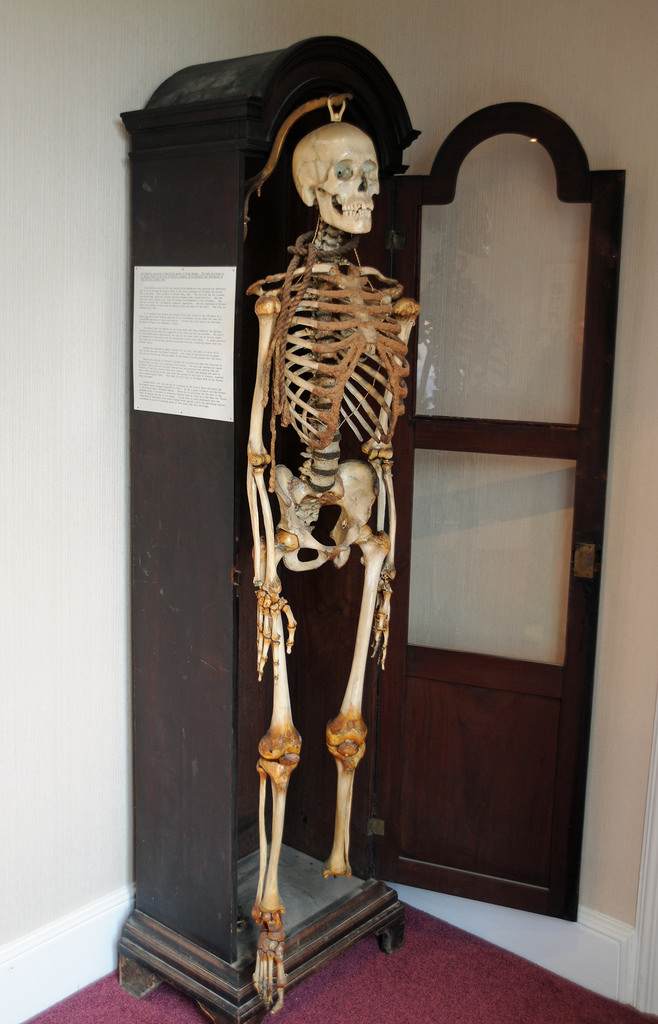 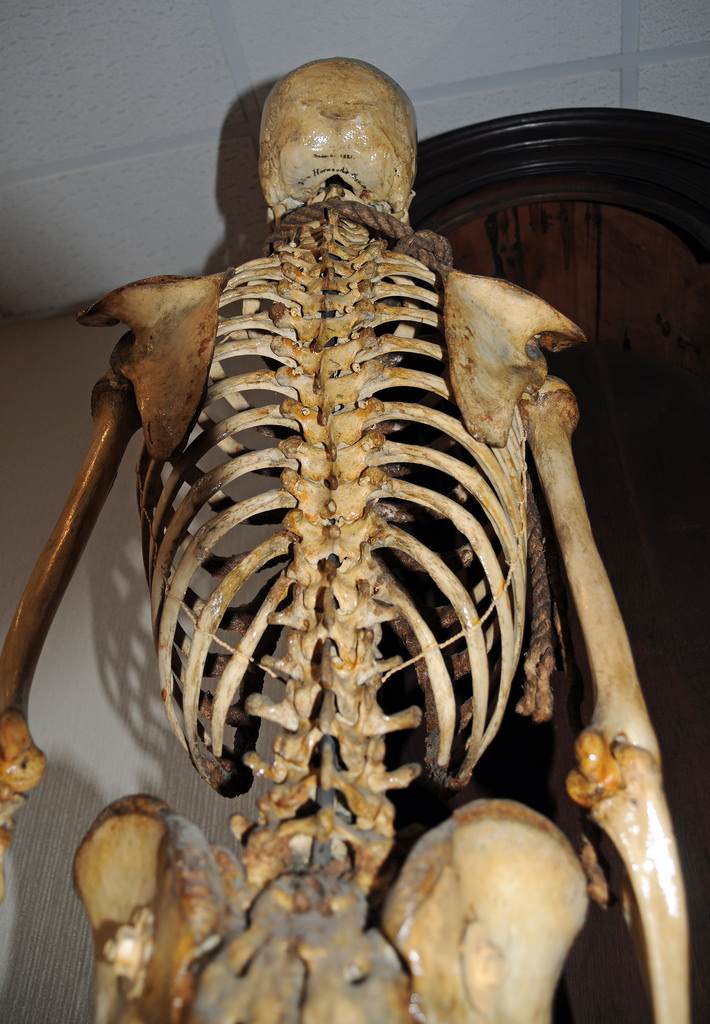 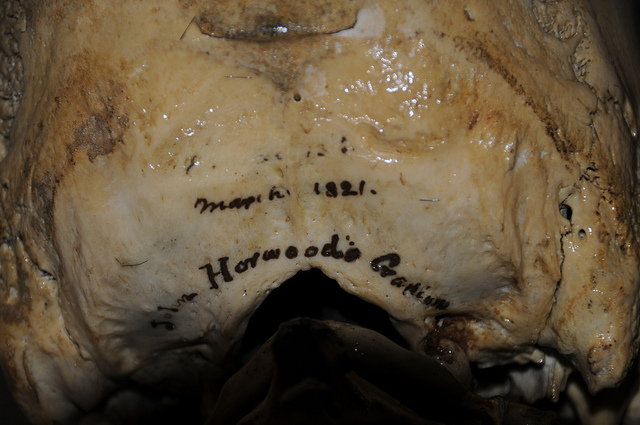 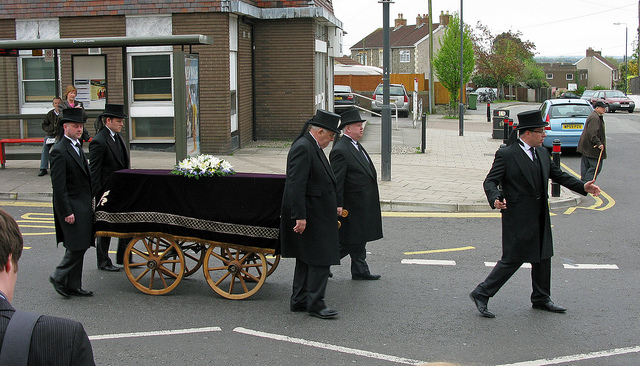 Next post Is It a Worm or Is It a Lizard? It's the Mexican Mole Lizard!