Ketchup Was Once Used as Medicine

Due to the false claims, the ketchup medicine empire collapsed in 1850. 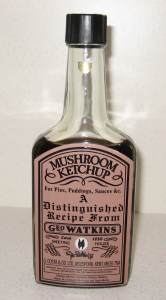 Ketchup was used as medicine

In 1834, Dr. John Cooke Bennet added tomatoes to ketchup. Previously, ketchup had been a concoction of fish or mushrooms.

The addition of tomatoes meant it added a a plethora of vitamins and antioxidants to the sauce.

He claimed his recipe could cure:

He had pill salesman, Archibald Miles, make his sauce into extract of tomato pills.

Once Dr. Bennet’s pills hit the market, brigades of copycats began selling their own tomato-based pills.

Unfortunately, some of these copycats simply sold laxatives with no trace of tomatoes. They also made wild claims that their pills could cure everything from scurvy to mend bones.

Due to the false claims, the ketchup medicine empire collapsed in 1850.

Previous post Mont Saint Michel: The Fortress on the Sea