Koala Fingerprints Are Almost Indistinguishable From A Human’s

Crime scene investigators have even confused them at crime scenes. 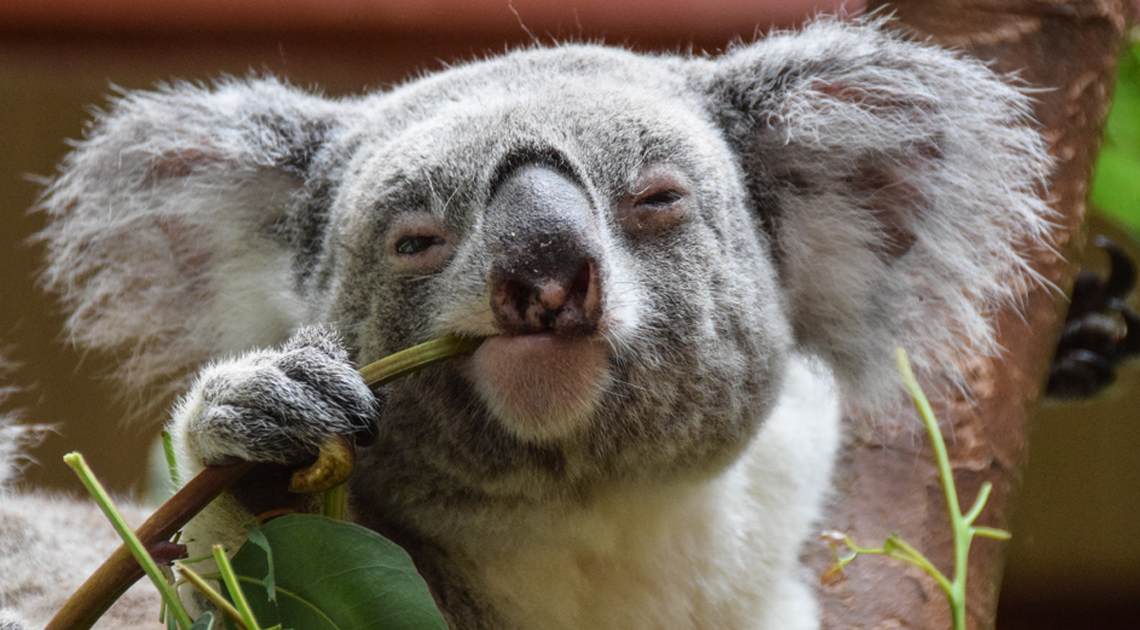 Now, we’re often told that monkeys (or apes, if you prefer) are our closest living relatives. The similarities are a little too close for comfort at times, as anyone who’s seen those guys lazily scratching their hindquarters at the zoo will tell you.

There’s a real humanity about these gentle, hairy souls, and an astonishing intelligence too. In the famous case of Koko the gorilla, they were shown to have the capacity to understand 2,000 words of English and use a vocabulary of 1,000 words of sign language. That’s amazing enough, but how about this: the similarities between chimp, koala and human prints are so strong that the Australian police once feared they’d be mixed up at crime scenes!

This curious story begins in 1975 when British police conducted a most unusual raid on the ape houses at London and Twycross Zoos. Their target? “Half a dozen chimpanzees and a pair of orangutans,” according to The Independent. The operation took place at a time when unsolved crime was becoming a bigger and bigger issue in the country, which somehow resulted in the fingerprints of these noble creatures being taken for analysis!

They weren’t found to be guilty of any criminal activity, funnily enough. All of this isn’t as absurd as it may sound, though. Steve Haylock, of the City of London police fingerprint bureau, explained the thought process. According to him, the operation took place partly because the police tend to refer to smudged or unclear fingerprints as ‘monkey prints.’

“If you passed a chimpanzee print to a fingerprint office and said it came from the scene of a crime,” Haylock said, “they would not know it was not human.”

In the event, the chimpanzees sat happily enough as their fingerprints were taken; and were not found to have committed any of the crimes that were baffling police at the time (again, unsurprisingly). If that was the end of the story, it would have been a fascinating little case study in and of itself, but there’s more to it. We’ll pick up this intriguing tale in Australia, where police feared that criminal investigations may have been hampered by koala prints! 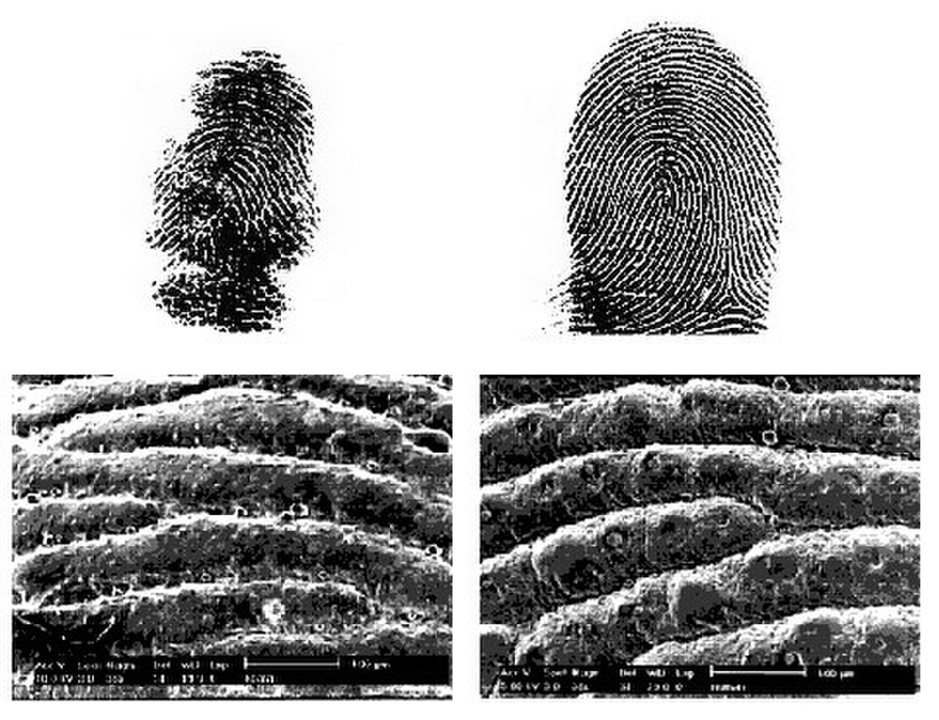 That’s right. As with the chimpanzees, koalas have fingerprints super similar to our own. The loops, the whirls, the fact that the patterns are completely unique to each individual koala… it’s uncanny. The reason why koalas have such prints is still a bit of a mystery to scientists (most tree-dwelling mammals don’t), but they’re here, they’re real, and they’re very, very human.

Maciej Henneberg, forensic scientist and biological anthropologist at the University of Adelaide, Australia, has stated that these iconic creatures’ prints could also easily be mistaken for our own: “It appears that no one has bothered to study them in detail… although it is extremely unlikely that koala prints would be found at the scene of a crime, police should at least be aware of the possibility.”

Some have gone so far as to say that, even after closely inspecting them under a microscope, investigators wouldn’t be able to tell human prints from a koala’s. Koala prints, they say, seem to have evolved independently, and much more recently than those of primates, as their closest relatives (kangaroos, wombats and such) don’t have them. 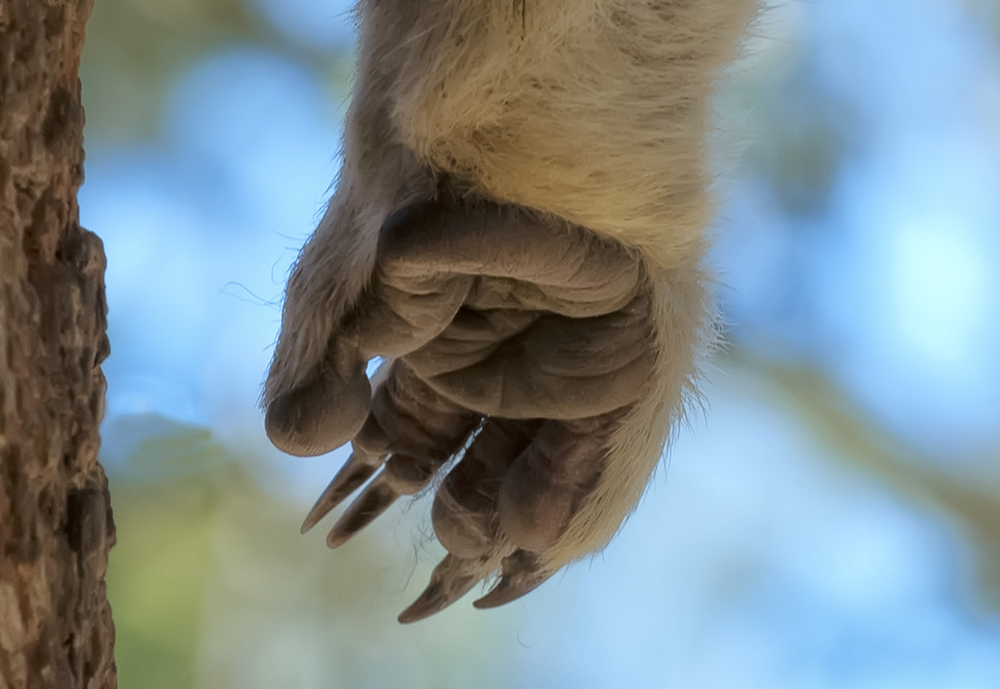 So Why The Prints?

What do humans, chimpanzees, and koalas have in common, then? The simple need to grasp things. As researchers at the University of Adelaide (who discovered koala prints in 1996) stated in their paper on the subject:

“Koalas … feed by climbing vertically onto the smaller branches of eucalyptus trees, reaching out, grasping handfuls of leaves and bringing them to the mouth… therefore the origin of dermatoglyphes [fingerprints] is best explained as the biomechanical adaptation to grasping, which produces multidirectional mechanical influences on the skin. These forces must be precisely felt for fine control of movement and static pressures and hence require orderly organization of the skin surface.”

With all of this in mind, we can only hope that koalas and chimpanzees never decide to go off on wanton crime sprees. Imagine the confusion.