Believe it or Not! Lake Michigan Littered with Shipwrecks

For a short while each year, Lake Michigan is clear enough that passing planes can see the shipwrecks littering its floor. 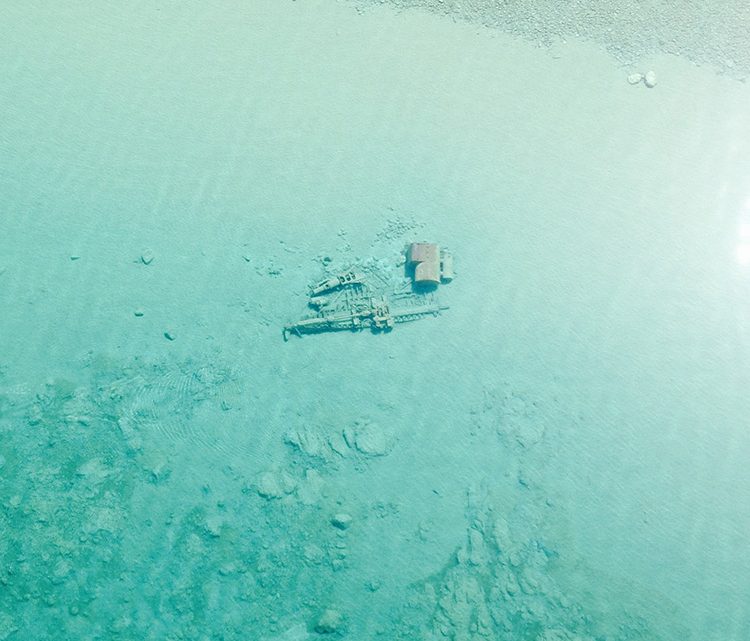 Lakes can be relatively small bodies of water that you can canoe or jet ski in. Most of the time, you can stand on one shore and look across to the other without difficulty.

People in the upper Midwest, however, are used to the Great Lakes – and those large bodies of water make most lakes look like puddles.

And like oceans, they feature their share of shipwrecks. Unlike oceans, the wrecks happened in water that’s shallow enough that they can be seen from the air when the conditions are just right.

Lake Michigan is the third largest of the Great Lakes by area (second largest by volume).

A section of the lake known as the Manitou Passage Underwater Preserve  rich with shipwrecks.

Because of the location’s popularity as a lumber transportation area, a lot of ships travel the passage to deliver wood and other supplies to different ports. When the weather would get rough unexpectedly, ships would seek shelter at one of the two islands. Sometimes that worked, and sometimes it didn’t. The result is that many ships found a new home on the lake floor not too far from the shoreline. 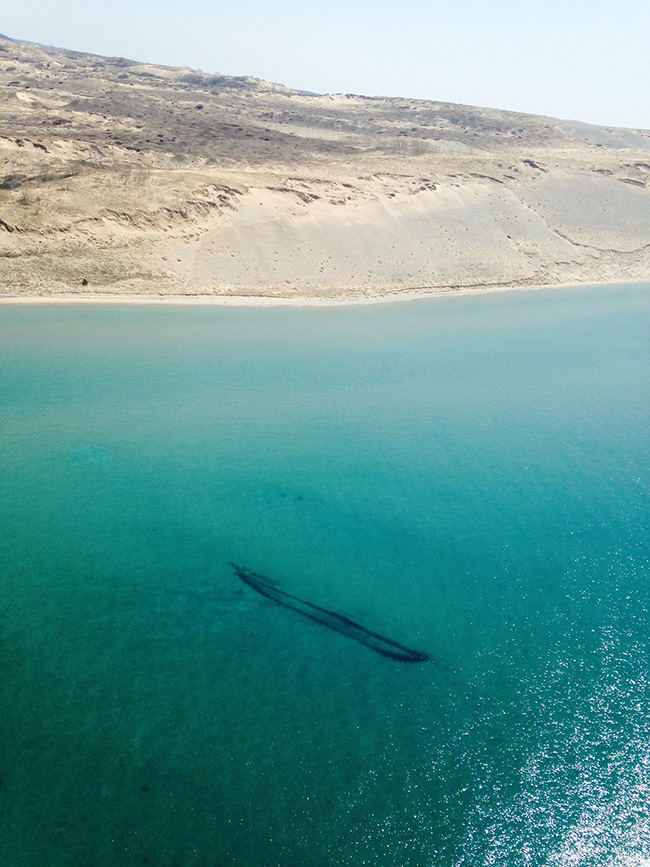 The shipwrecks aren’t visible all year round. Although the spot is popular for divers, certain conditions have to be met before the wrecks can be this clearly visible from the air.

Although the lake doesn’t experience the same tides and currents of the ocean, it does experience Inertial Waves. This is just a fancy way of saying that the waves mostly stay under the water’s surface. In addition to that, factors like the wind, rain, stream and river runoff, and algal bloom all contribute to the visibility of the lake.

The reason Lake Michigan was clear enough for these pictures is because it had been covered in ice for so long before hand. The lake freezing over has the effect of calming the water enough that all the sediment that’s usually churning at the bottom settles.

There’s a window of time after the ice melts and before conditions get choppy enough, and before any algae blooms, that the water is crystal clear. It’s during that time that these amazing images can be seen from above. 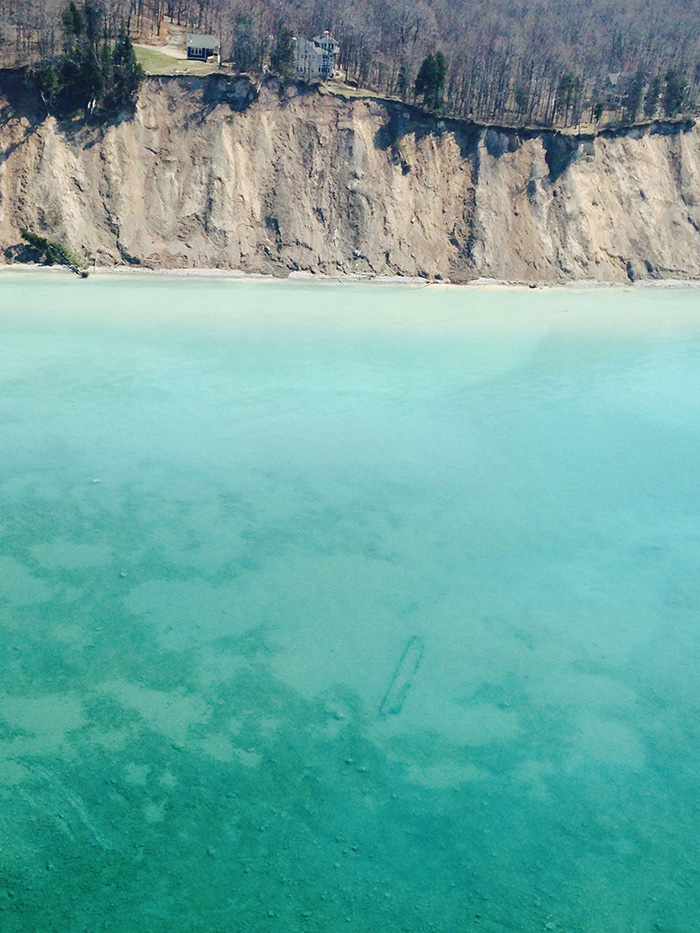 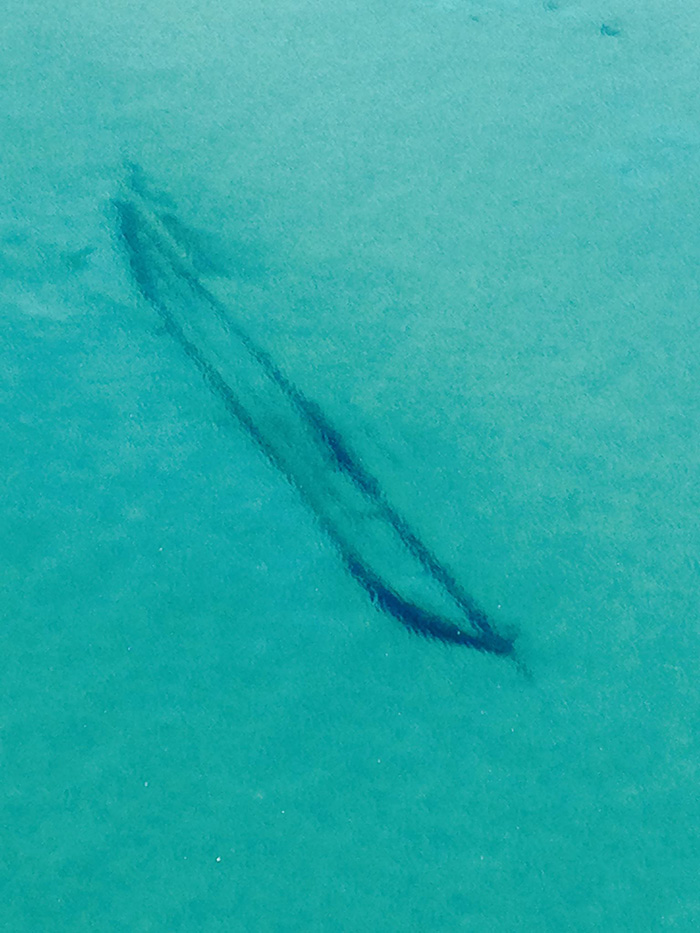 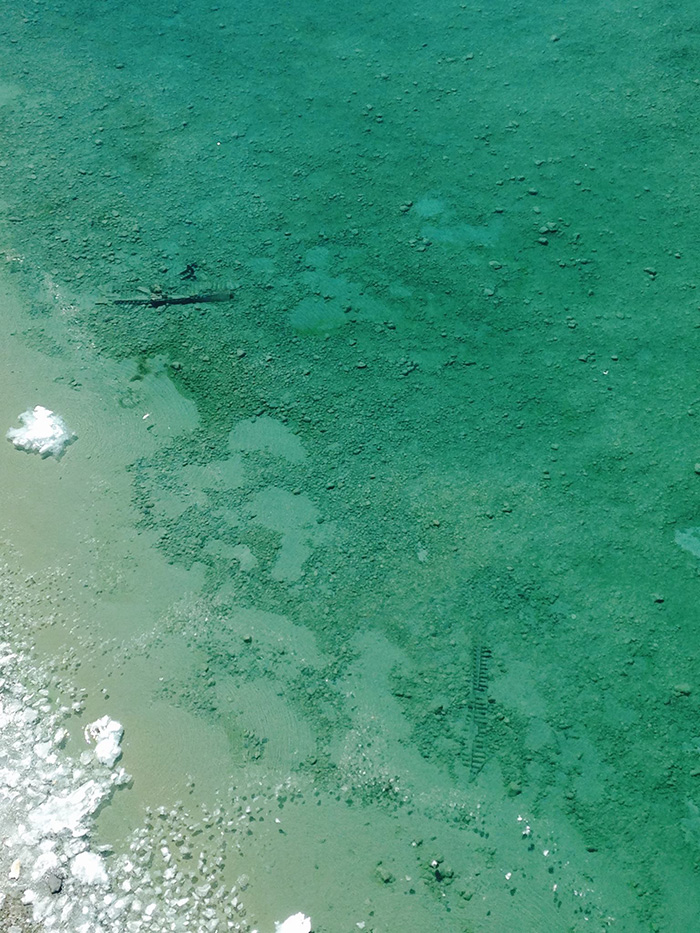 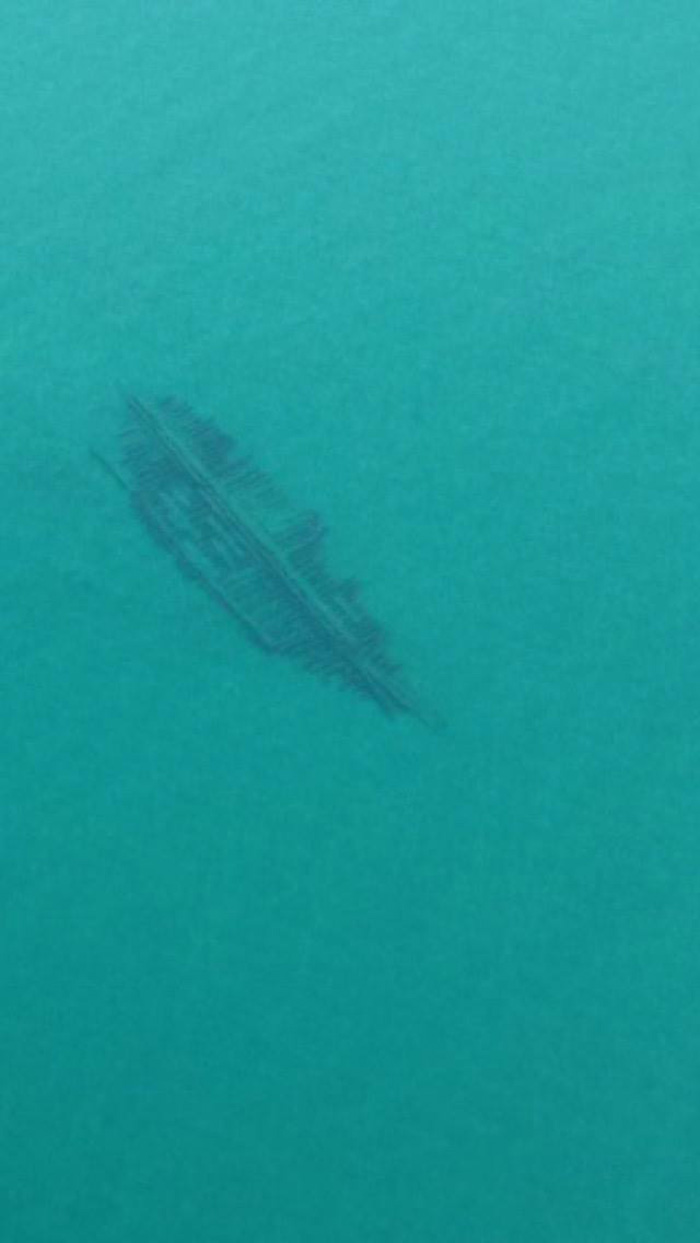