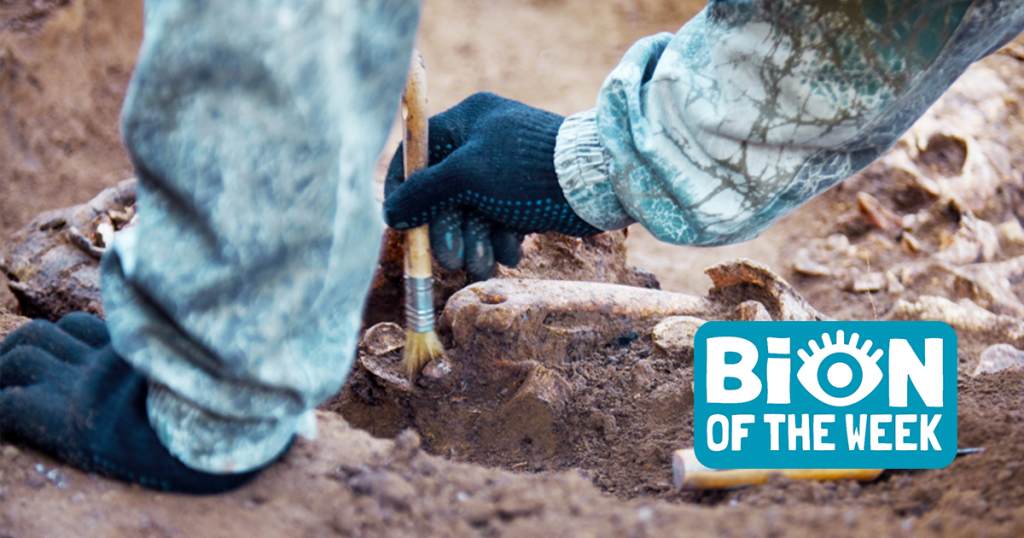 [May 3–May 9, 2021] International border blunder, marshmallow marvels, and a riveting river monster—all round-up in this week’s weird news from Ripley’s Believe It or Not!

Seven people were arrested in Colorado this week after the mummified remains of Amy Carlson, 45, leader of the “Love Has Won” cult, were discovered in a follower’s home.

An unnamed follower of the spiritual group discovered Carlson’s body in a bedroom of his Moffat, Colorado, home upon returning from a trip to Denver on Wednesday. Carlson, also known as “Mother God,” was wrapped in a sleeping bag and adorned with Christmas lights.

The follower reported his findings to the police, saying he believed the group of fellow “Love Has Won” devotees he had recently taken in had brought Carlson’s body along on their journey from California.

According to arrest affidavits, “the mummified remains appeared to be set up in some type of shrine” with “glitter type makeup” framing Carlson’s eyes.

Carlson claimed to have lived 534 lives, even those of Jesus Christ and Marilyn Monroe. She led her followers to believe she could communicate with angels, heal cancer, and bring about a “great awakening” of peace on Earth.

Tom Perrin, Saguache County Coroner, backdated Carlson’s death to around a month ago and a toxicology report is pending. Though foul play is not suspected, those arrested are facing charges of tampering with a corpse.

Her body was found in a shrine allegedly erected by her followers in her religious group “Love Has Won,” which some officials and former members have described as a cult https://t.co/8fniFGyXw8

A busy Belgian farmer fed up with a 330-pound stone blocking his path decided to take the logical next step and move it so he could get through. Except, this was no ordinary rock. It was one of a series of stones that have marked the French and Belgium border since the 1820 Treaty of Kortrijk.

While taking a stroll through the area, a local historian noticed the stone had been relocated by 7 ½ feet, pushed further into Bousignies-sur-Roc, France.

“He made Belgium bigger and France smaller; it’s not a good idea,” quipped David Lavaux, mayor of Erquelinnes, Belgium, adding, “I was happy, my town was bigger, but the mayor of Bousignies-sur-Roc didn’t agree.”

The oblivious farmer will not face legal consequences so long as he returns the stone—and border—to its rightful place.

A Belgian farmer accidentally extended his country’s border with France by moving a large stone erected more than 200 years ago — apparently because it was blocking the path of his tractor pic.twitter.com/U8szsgmCBV

This week, Utah YouTubers Dallas Anderson and Jon Paleka were awarded the Guinness World Record title for “farthest marshmallow propelled and caught in the mouth” with an impressive 225-feet 10-inch launch.

The brains and faces behind the Thrive On Vibes YouTube Channel began catching marshmallows in their mouths for the enjoyment of their viewers when inspiration struck.

The men set out to achieve their newfound goal of catching a marshmallow from a distance on a snowy December day, with Anderson in charge of a giant slingshot and Paleka mouth agape and at the ready on the other side.

After only two attempts, the duo accomplished their mission, far surpassing the previous record of 128 feet, 5 inches.

Aside from Paleka cutting inside of his lip while catching the marshmallow, the stunt went off without a hitch—a small price to pay for international acclaim!

A U.S. Fish and Wildlife Service crew surveying the Detroit River reeled in a winner last week when they caught a sturgeon the size of a professional athlete—the largest ever found in the state of Michigan.

According to the Alpena Fish and Wildlife Conservation Office, the 6-foot, 10-inch “river monster” was captured for tagging during a survey near the Grosse Ile, Michigan, and broke the state record for largest sturgeon ever seen in the state, as well as one of the largest in the country.

Catching the “river monster” was not an easy haul, taking three crew members to lure in the 240-pound fish, including 5-foot, 6-inch Jennifer Johnson, who posed for a quick picture of the massive creature before releasing it back into the wild.

The “once-in-a-lifetime catch” may be the size of a basketball player, but at an estimated 100-years-old, we don’t think the old gal would have it in her to compete on a professional level.

A Las Vegas couple looking forward to spending their days relaxing by their new pool were shocked when workers installing their oasis dug up a bit more than desert sand—a collection of animal bones dating back to the Ice Age!

After recently relocating to Las Vegas, Matt Perkins and his husband were settling into their home quite nicely until police officers showed up Monday morning. Upon hearing they were there to investigate bones buried in their backyard, the couple was rightfully “freaked out,” but their fears were stifled when they were told the remains were of thousands-year-old animals.

Perkins and his husband reached out to the Nevada Science Center’s Director of Research, Joshua Bonde, about the discovery, who determined the bones likely came from a horse, or similarly sized animal, up to 14,000 years ago!

Oddly enough, Perkins and his husband had recently joked about hoping a dinosaur would be discovered during installation that would pay for the pool. Manifestation, perhaps?