The random movements inside lava lamps are responsible for encrypting 10% of the Internet’s security systems. 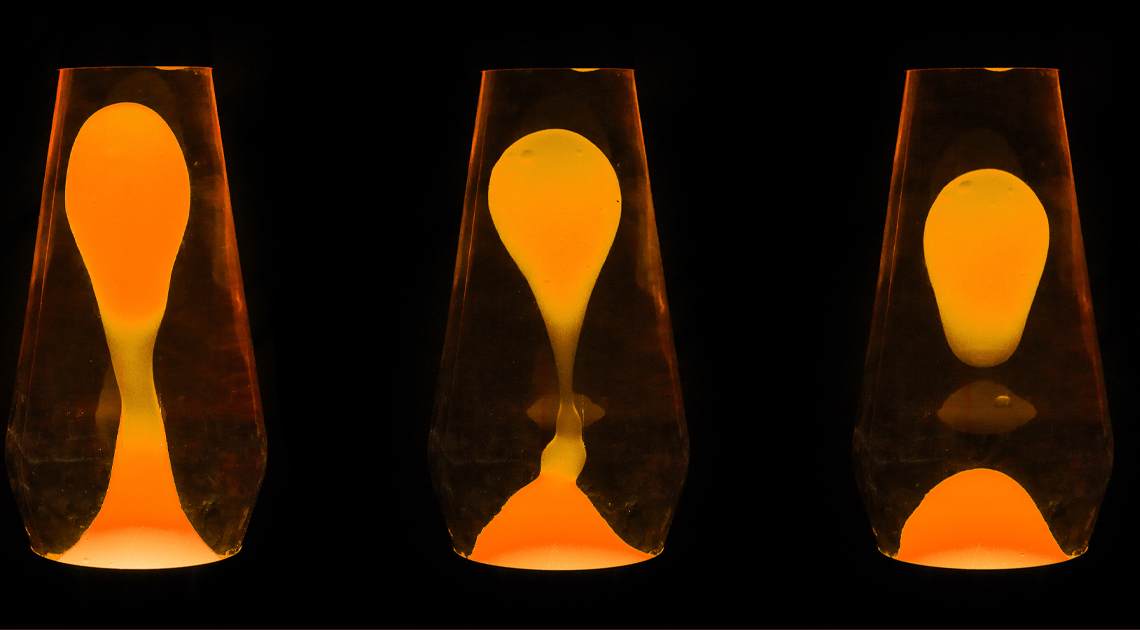 The next time you’re in San Francisco, California, visit the home office of Cloudflare, a cybersecurity company, and take a look at their wall of lava lamps. Then pride yourself on the fact that you just helped protect the Internet a little bit more from the threat of hackers.

Founded in 2009, Cloudflare currently works with a large number of companies requiring web security and encryption services. These services help conceal data by preventing unauthorized access and hackers. Between clients like Reddit, the Massachusetts Institute of Technology (MIT), and OK Cupid, Cloudflare is helping secure about ten percent of all web traffic. And while fun to look at, the 100 lava lamps in their lobby are not just decorative, but a necessary part of the company’s security model.

Filmed through a small camera in the lobby, images of the lava lamps are sent to the Cloudflare servers. The images are then repurposed into data, which is used to create the encryption keys for their clients. 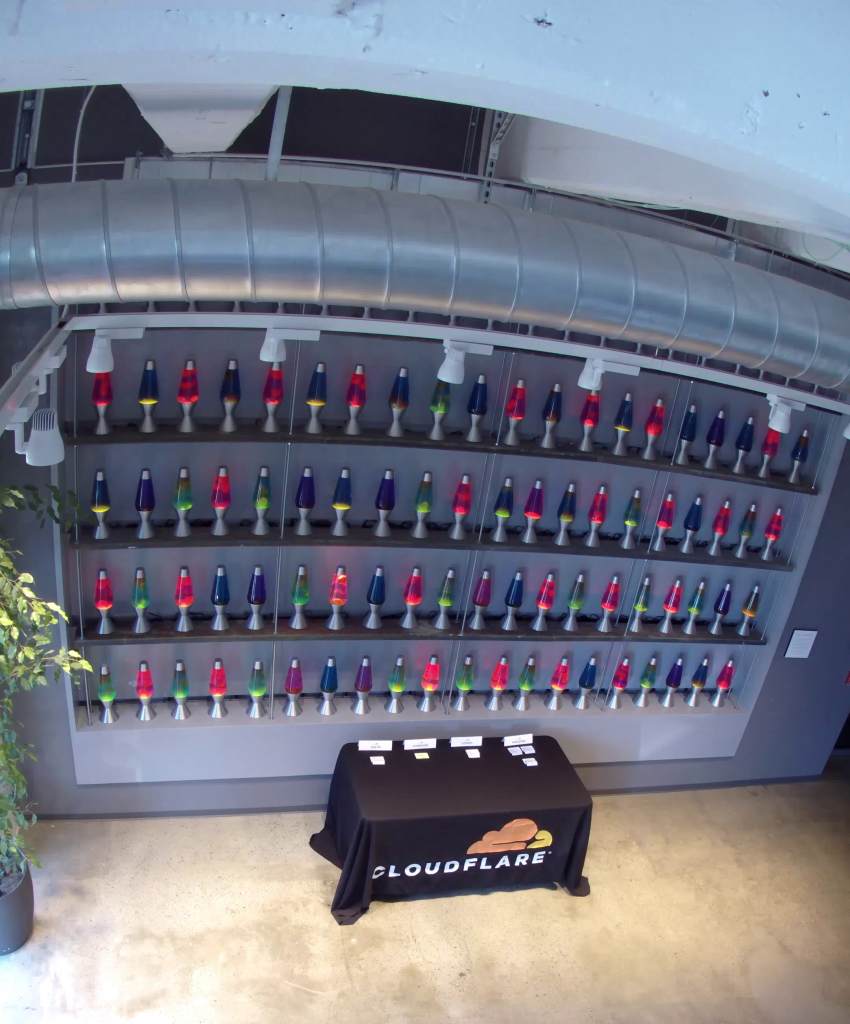 Courtesy of Cloudflare. Camera view of the lava lamp wall.

Randomness is key in encryption and coding. You don’t want the password to confidential or secure information to be something like “Password12345.” But, while this might seem like an obvious statement, it’s a bit more complicated than you may think. In the world of cryptography, random equals unpredictable, and unfortunately, computers aren’t equipped to create completely unpredictable sequences on their own because they are built to be logical, and logic follows patterns.

This is why companies like Cloudflare look to the real world to find random inspiration. They require arbitrary input that the computer can use as a jumping-off point, also known as a cryptographic seed. When the computer can take in this random output of the cryptographic seed, a program known as a pseudorandom number generator, or a CSPRNG, collects data from the output and converts it into a completely haphazard series of numbers that is different every time.

But, not every cybersecurity company uses groovy lava lamps to create random patterns to turn into encryption coding. Cloudflare’s London office uses a double-pendulum system that is filmed like the lava lamp wall. Other companies might use mouse clicks or typing on a keyboard, but according to Cloudflare’s website, these options are much more time-consuming.

The lava lamp wall is, as one would imagine, quite an attraction. People often stand in front of the wall to watch the lamps or to converse in the lobby. Fortunately, when the camera captures an image with people standing in front of the lamps, it only adds to the unpredictability of the images produced. So, when you visit the lava lamp wall, you’re doing your part to increase Internet security.

Previous post Getting Your Hands On The Ripley's Baby Makers