Lawn Chair Larry and His Balloon Trip to the Sky

He packed a pistol in case things went awry... They did. 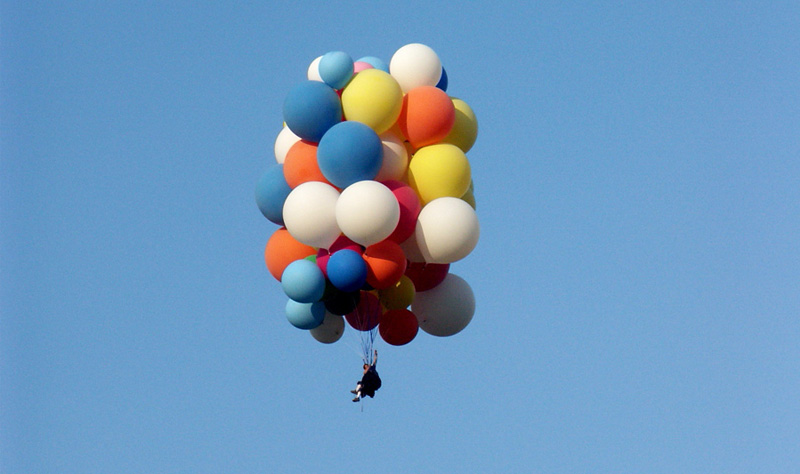 On July 2, 1982, Vietnam veteran and truck driver Larry Walters of California set out to fulfill his life-long dream of flying. The plan was simple: Attach the 42 helium weather balloons he had purchased at an Army Navy store to his trusty aluminum lawn chair. After strapping on some water jugs for stability, he packed a pistol to shoot out the balloons upon descent, a parachute, a CB radio, sandwiches and, of course, beer.

Larry expected to hover a leisurely 32 feet off the ground, but the balloons were caught by a gust of wind and surged to an incredible 16,000 feet!

After drifting into the path of airliners landing at Los Angeles International Airport, Larry decided it was time to descend and shot out several balloons. One jet on its way to land spotted Larry and radioed Air Traffic Control to report a man in a balloon waving around a gun. Radar technicians got a lock on the balloon chair as Larry dropped his pistol. He could no longer shoot out his balloons, but luckily the ones he had managed to puncture earlier led to a slow and steady descent.

Ninety minutes after lifting off (and becoming entangled in power lines, knocking power out for a an entire neighborhood!)  Inspiration I, as Larry christened his flying lawn chair, eventually touched the ground with its sole passenger intact. He hadn’t fallen to his death, been sucked into a jet engine, or even electrocuted; but he was under arrest.

After a welcome from law enforcement, Larry and his lucky landing earned their five minutes of fame, appearing on Letterman and The Tonight Show. His story, however, inspired a generation of lawn chair piloting balloonists.

Kent Couch has made several lawn chair voyages. In 2008, he flew 242 miles at an elevation of 16,630 feet from his home in Bend, Oregon, to Cambridge, Idaho. With his self-made lawn chair, a ballast system of three 15 gallon containers, a dual drain system and the assistance of 156 helium cluster balloons, he flew for nine hours!

Couch even raced another lawn chair balloonist, John Fris, winning for height, but losing for distance. You can find Couch’s chairs in our Newport, Prince Edward Island, Panama City Beach, and Baltimore odditoriums. Freis’ chair sits in our Amsterdam odditorium after its journey over 70 miles of Oregon. 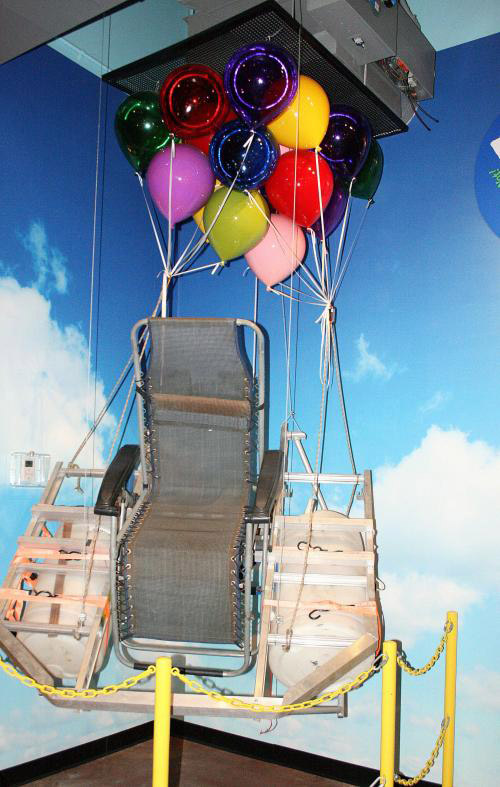 Balloon chair used by Kent Couch at Ripley’s Believe It or Not! Baltimore

Next post This Snake Covered Statue Will Leave You Awestruck!