The then-cheery Lisa Frank factory has gone from rainbow ’90s heaven to a place that has truly lost color.

We’re throwing it back to a truly bright time in life for you ’80s and ’90s kids—the era of Lisa Frank. For those of you who may not be familiar with the Lisa Frank brand, not to fret. We’ll start by giving you a true rewind of this colorful company, and we’ll end in a much grayer place than we began. The then-cheery Lisa Frank factory has gone from rainbow ’90s heaven to a place that has truly lost color.

The namesake for this nostalgic company is Lisa Frank, herself. An artist from Bloomfield Hills, Michigan, she grew up in this wealthy city. Her father was in the automotive industry and saw much success throughout his time running the Detroit Aluminum & Brass company. In fact, at the time, it was the only company in the United States to make engine bearings for tanks used in WWII. And aside from her father’s successes in the automotive world, he was also an avid art collector. Frank’s mother dabbled in the world of pottery, spinning pots and mugs on a kiln in the family’s basement. So, it’s no surprise that Lisa herself would soon enter the art world in some way or another.

In an exclusive interview with Urban Outfitters, Frank mentioned that from about age five on, her parents sent her to art classes. To keep her occupied, they would bring coloring books and crayons along everywhere they went. Self-classifying as a “girly girl,” Lisa Frank loved to read, weave, create, and participate in any kind of artwork she could get her hands on.

To no surprise, her success in the art world took off with flying colors—literally. During art school, she created and sold her paintings to earn a living and eventually began dabbling in the world of entrepreneurship. Quickly realizing she had a knack for commercial sense and consumer appeal, she started creating her own original designs. And in true, “girly girl” fashion, she began with jewelry.

Lisa’s first line was called Sticky Fingers—bracelets made by gluing mini plastic fruits on the piece as dangling charms. The demand for Sticky Fingers became so high that Lisa couldn’t keep up with all of the orders herself. The line was picked up by Neiman Marcus and Bloomingdale’s all before she was 20 years old. From jewelry, she moved on to the paintings and drawings we know the company best for today. In 1979, she renamed her company to Lisa Frank Inc.—the same year she received her first million-dollar order from Spencer Gifts. 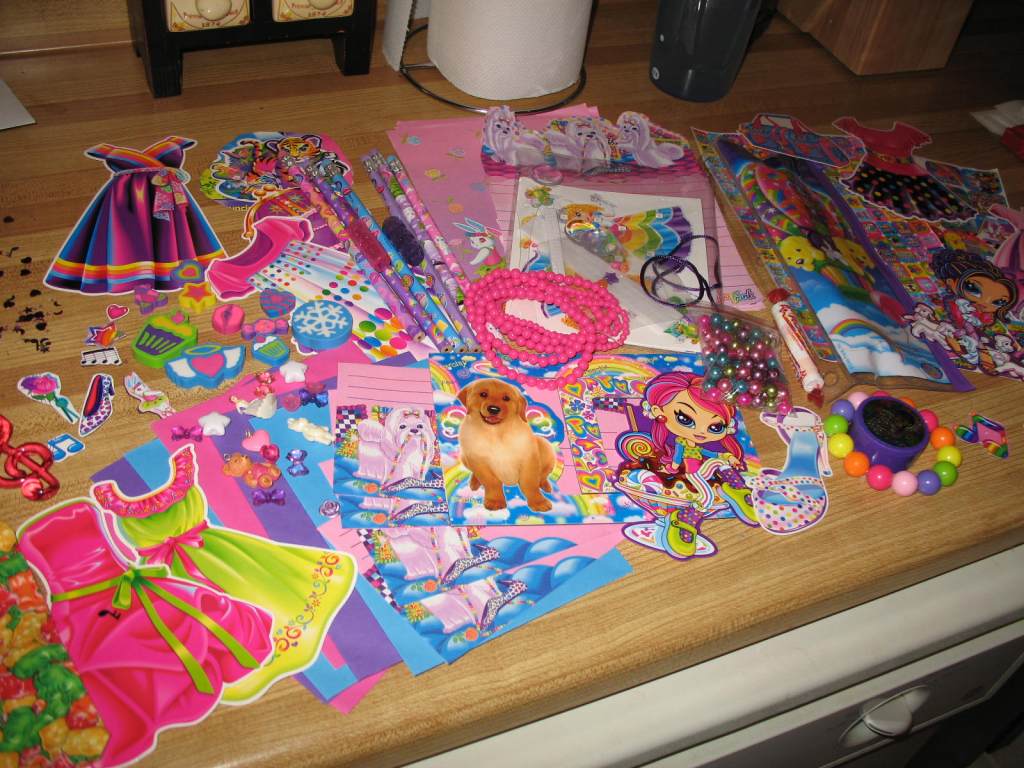 From unicorns to rainbows, Lisa Frank was a brand that every young girl wanted, needed, and simply had to have. The vibe of their folders, notebooks, and stickers was sure to bring a sparkle to even the dullest workplace. But, little did we know, the Lisa Frank HQ could take a page out of their own book when it came to company culture.

Since its peak between 1995 and 2005, the 320,000 square-foot building located in Tucson, Arizona, certainly lost its happy touch. Since then, former employees have given statements regarding their workplace experience and the supposed downfall of the cute and colorful company. 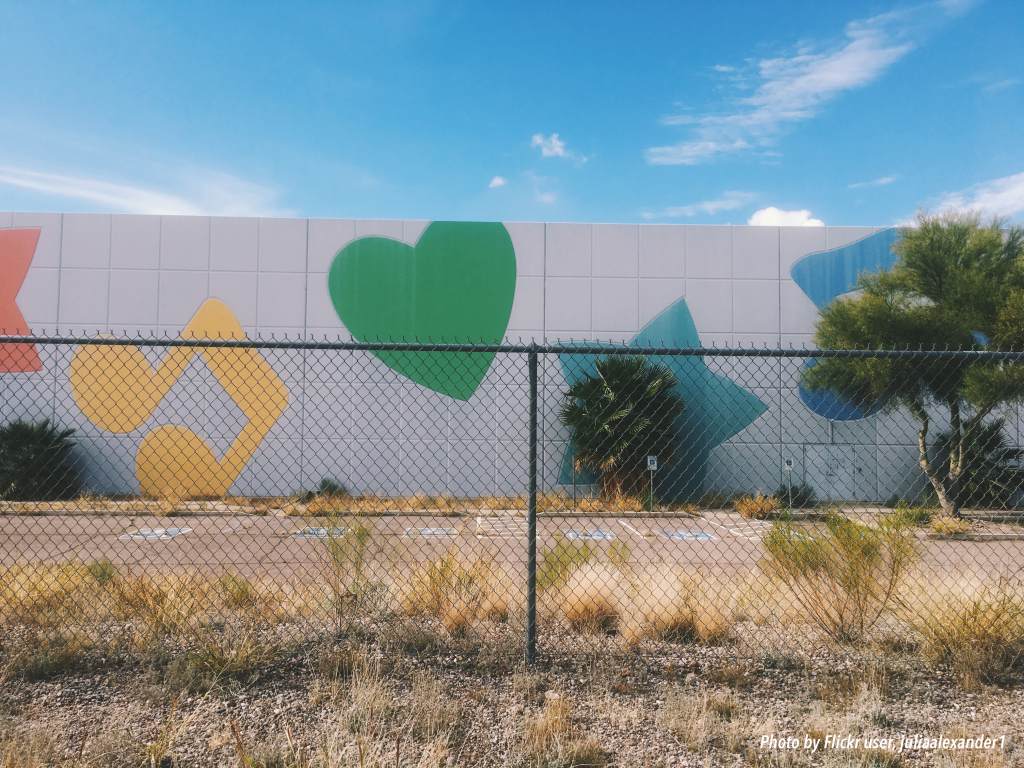 In an interview with Jezebel, a former illustrator of Lisa Frank Inc. stated, that while from the outside it’s all rainbows, stars, and hearts, inside the walls of the workplace was like, “an abusive alcoholic home.” The problem with Lisa Frank Inc. wasn’t the business—it was all personal.

By Lisa’s side in her workplace was her now-ex-husband, James Green—the man seemingly behind the downfall of the Lisa Frank atmosphere and cultivating work environment. It became a well-known fact in the Tucson area that Lisa Frank was undeniably one of the worst places to work. Aside from verbal abuse and harsh language from Green, they circulated an interoffice bi-monthly publication called Frankly Speaking.

This document outlined how employees were expected to behave, particularly how they were to interact with Green, their then-CEO. The penalty for any violations ranged from verbal abuse to name-calling to screaming to automatic termination. Surprisingly, aside from these bizarre outbursts, the office was a place of silence. Former employees recall not being allowed to speak to one another and the management secretly and illegally recording their phone calls.

After the birth of her two children, Lisa stepped away from the business, giving Green full and complete authority over the day-to-day operations. While Lisa herself admits to occasionally contributing to the not-always-happy environment during her time in office, the problems truly accelerated when Green took over. Once after discovering that someone had left the office just 10 minutes early, an enraged Green instructed the warehouse manager to put chains and padlocks on all the doors so that “the staff can’t escape.”

Numerous court documents outline every inch of the erratic and toxic behavior back in the heyday of Lisa Frank Inc.—needless to say, working for Lisa Frank was not even remotely close to sparkles and unicorns. 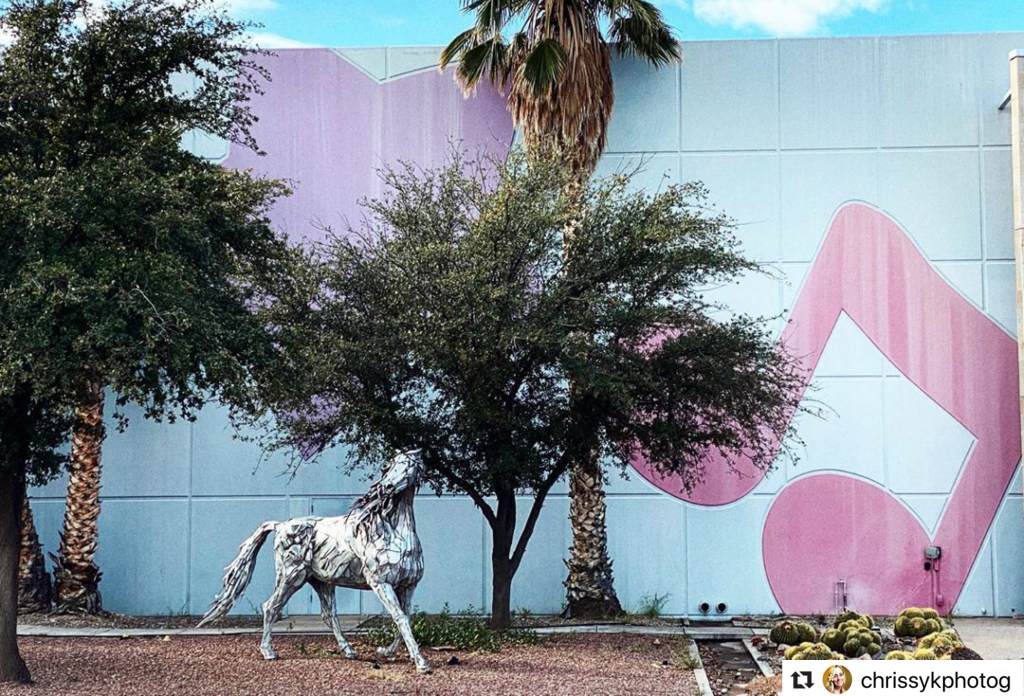 It’s no surprise that after the stories of this once seemingly-cheery workplace, the building itself has seen better days. On its exterior, shiny pink windows that once let in the colorful beams of sunshine have since been boarded up. The metal fence surrounding the perimeter, topped with colorful icons, is dulled and paint is slowly chipping away. 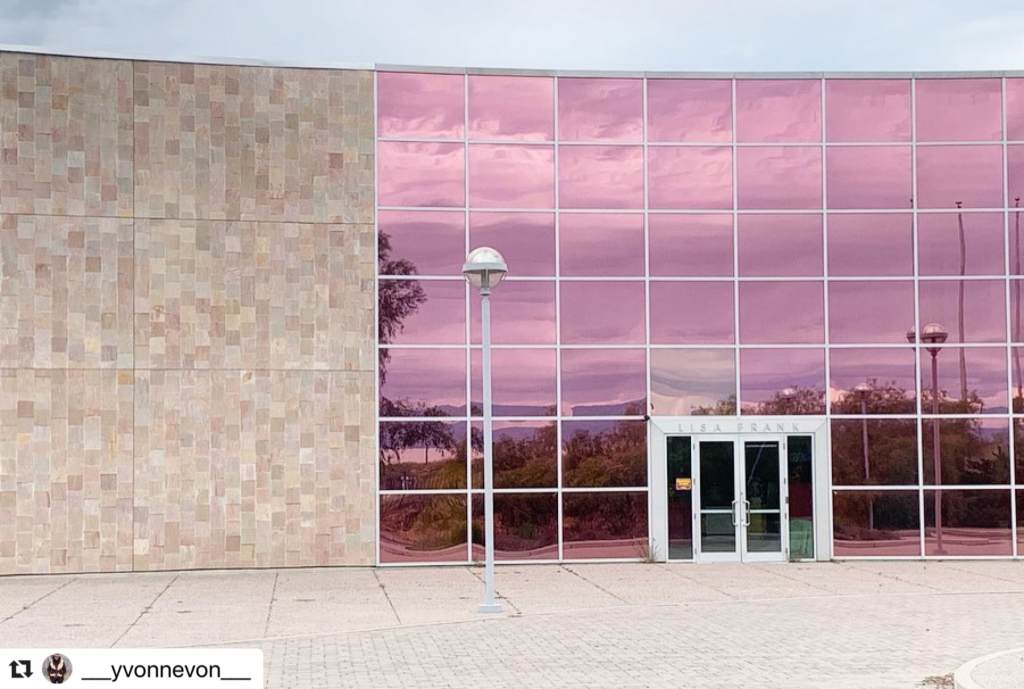 The painted musical notes and hearts have lost their color and have gone from vibrant pinks and greens to faded pastel. Around back, the rainbow loading docks are slowly deteriorating and have become overgrown with natural greenery. The mirrored unicorn guarding the outer perimeter has lost its horn, and perhaps its magical touch.

Inside though, you can still find Lisa’s iconic characters, ready to greet you with a smile. They haven’t moved from their original state, and add somewhat of a nostalgic ambiance to the abandoned space. The phones are still connected, instructions on call transfers remain at the front desk—but, there’s no one around to pick up. Though the factory is no longer open to tours or visitors, some lucky tourists find a way to get inside. Some hopping the fence, some admiring from the outside, and others casually strolling to the unlocked front door. 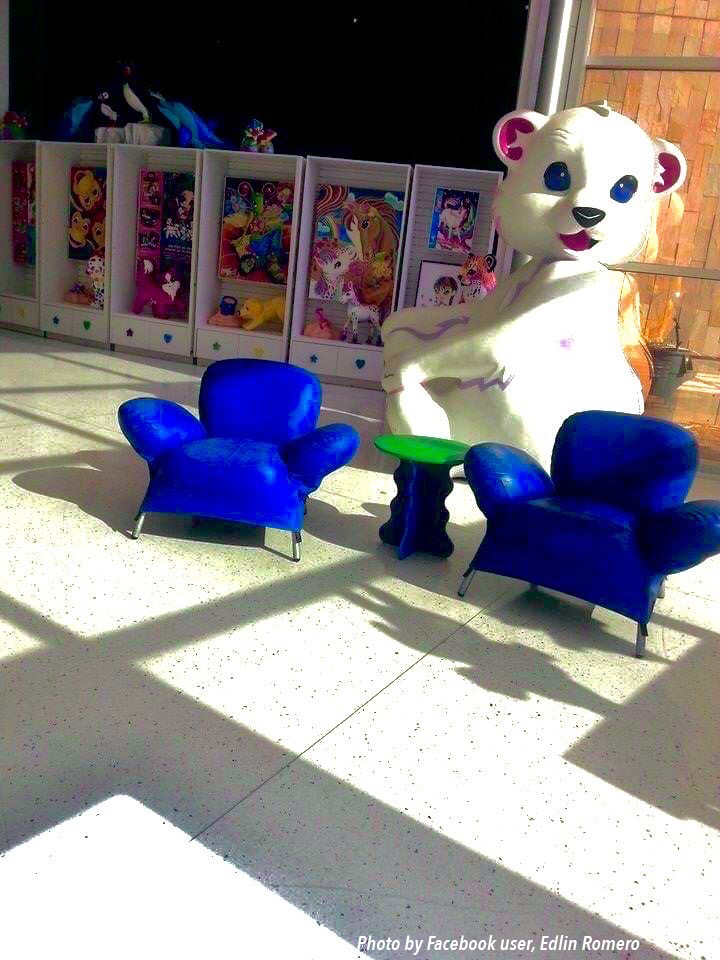 It seems the current state of this now-abandoned workplace is a true metaphor for the hidden behaviors that were once inside it. But, let us not allow that to detract from the unhindered joy it brought us ’80s and ’90s kids our entire childhood! Hopefully, we didn’t completely shatter the dreamland façade in your head that is Lisa Frank.

If you’re still storing away as many happy school supplies as possible somewhere in your childhood home, you may want to check out the Lisa Frank Hotel to keep that rainbow nostalgia alive! Or, you can find more Lisa-esqe creations inside the pages of Ripley’s 17th annual book, Mind Blown! Anaïs Hayden puts quite a creative spin on dog grooming that might just bring you back to the Lisa Frank dreamland.