His biggest arrangement used 30,000 US soldiers. 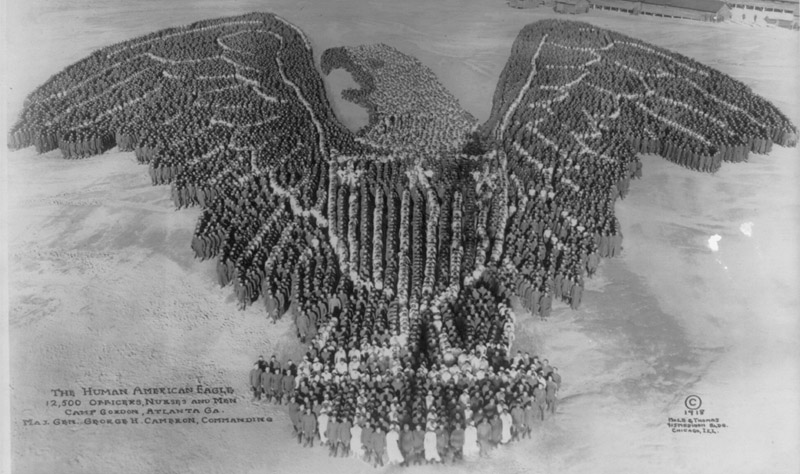 Photographer Arthur Mole was born in Lexen, Essex, England in 1889. After making his way to America in 1903, he became renown for his “living photographs” which used tens of thousands of soldiers to create patriotic photos during World War I.

Using up to 30,000 soldiers, in a variety of uniforms with hats on, hats off, and white shirts, he created stunning displays of America’s military organization and might. 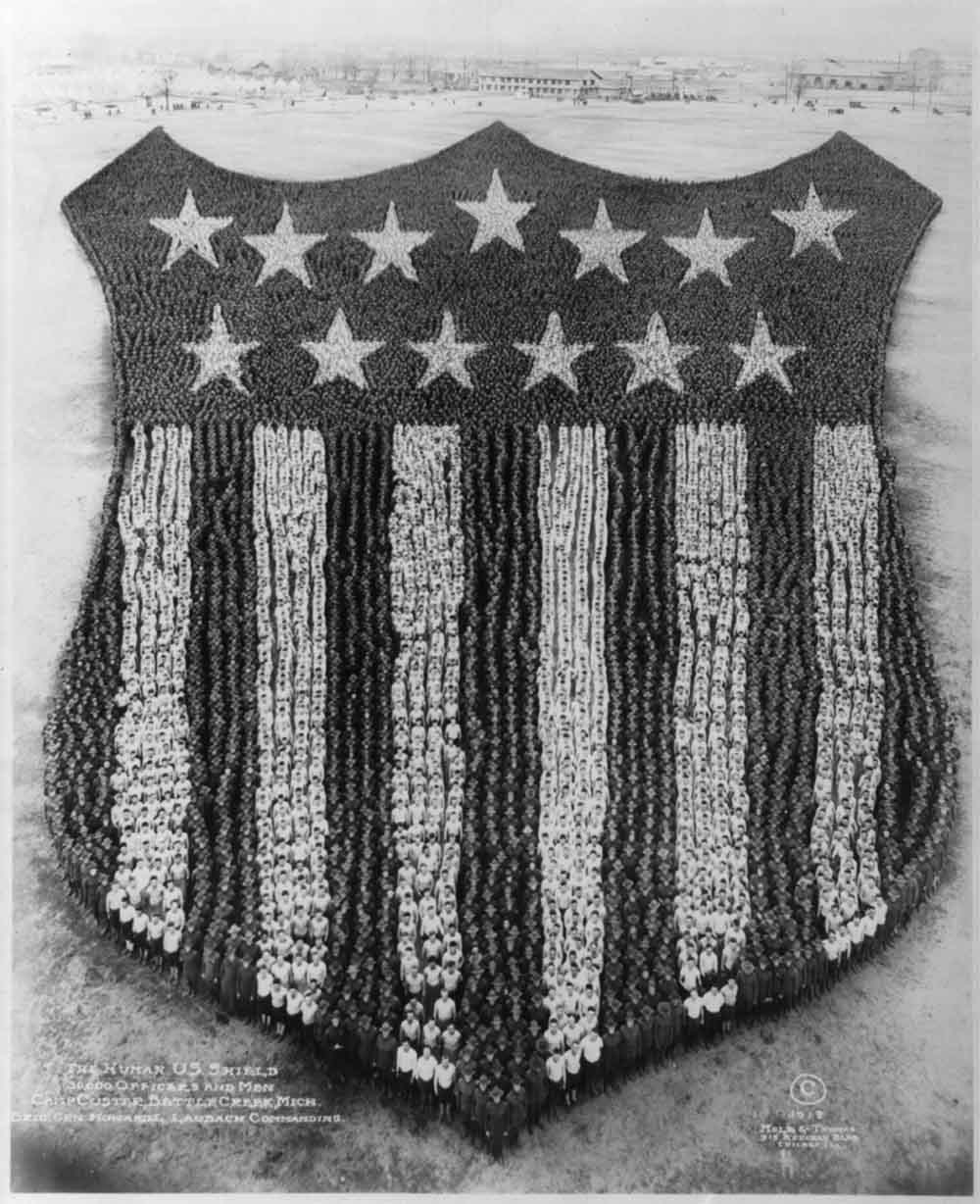 30,000 soldiers assembled to make this US shield.

A group photo pioneer, Mole’s photos weren’t as simple as organizing troops and snapping a drone photo. His photos rely heavily on the point of view. If viewed from directly above, the shapes are unrecognizable.

How It Was Done

Mole would climb to the top of a 75-foot tower, and take the photo at an angle. As the depth of his chosen portrait grew, so did the number of people needed to portray them. For example, because the front row was closer to the camera, it required fewer people, while the back row could require thousands of people to portray an equal portion of the photograph. 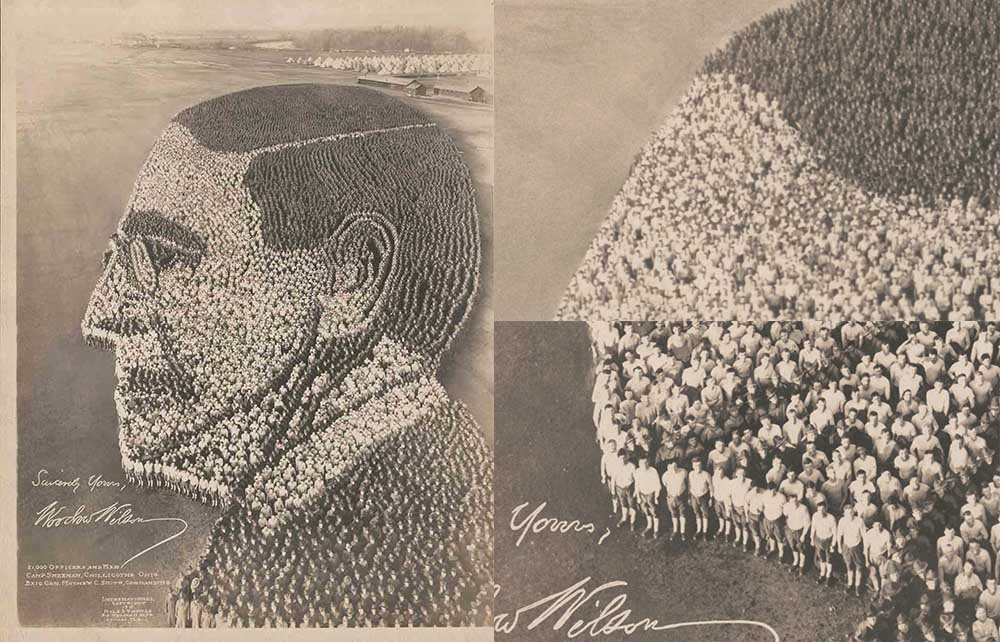 Woodrow Wilson made from 21,000 soldiers.

Each photo took months to prepare, with careful planning and testing required to make the shots work.

From his tower, the conscientious photographer would direct the thousands of soldiers below using a megaphone and stick.

He traveled to 18 different military installations to create these photos, which were meant to fight isolationist sentiment during the Great War.

Many soldiers complained about being in the photos, Navy officers were forced into white summer uniforms in the cold, and army officers were made to stand for hours in over 100-degree heat. 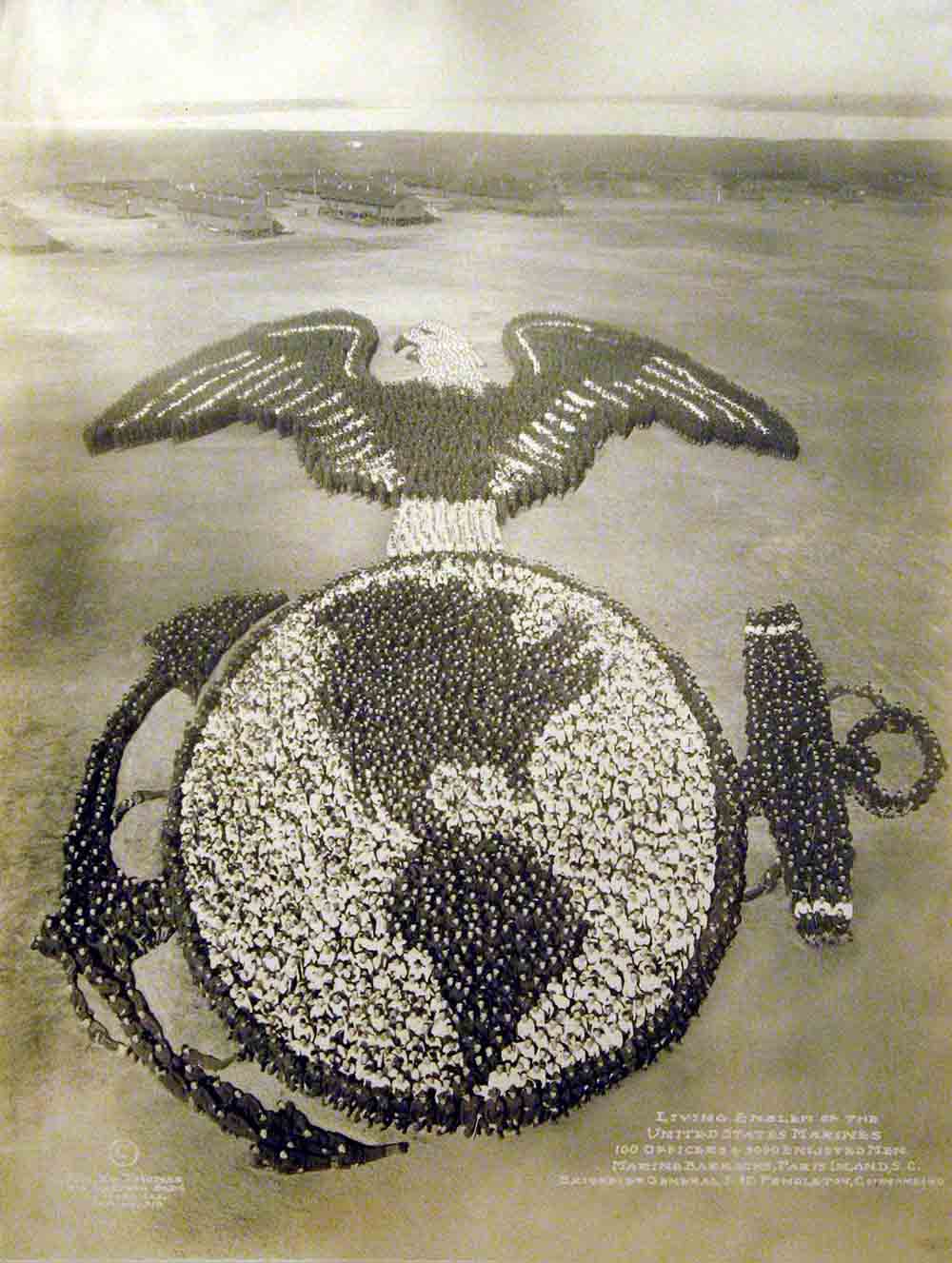 Influences to this Day

A symbol of collective will, many communist and fascist regimes would later be inspired by the symbolism in Arthur Mole’s work. The German display at the Olympic games in 1936, for example, are reminiscent of Mole’s living photographs. 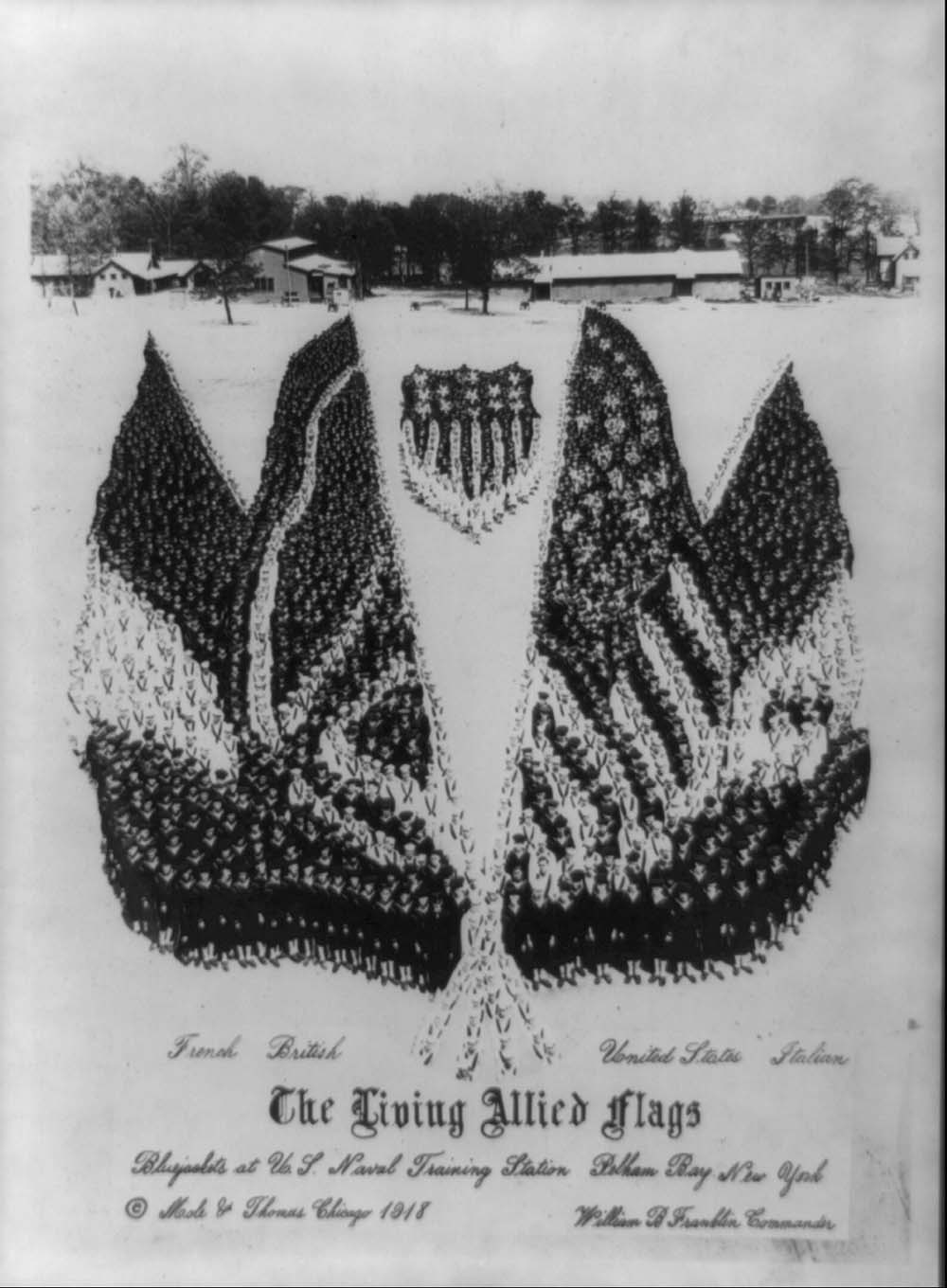 The influence of living photographs lives on to this day in the US military, with sailors forming “Nice to meet you!” in Japanese on the deck of the USS George Washington in 2008.

Hajimemashite (Nice to meet you)