To The Land Down Under, In More Ways Than One

You could say, it’s a whole lotta worm.

Up to nine feet of earthworm is a lot to wrap your head around, and Australia’s giant Gippsland earthworm—you might know it as Megascolides australis—is one of the world’s lengthiest wiggly worms. In fact, it even has its own dedicated parade.

“They live underground and have so many secrets,” Dr. B. D Van Praagh of the Building Capability to Manage Giant Gippsland Earthworm Habitat on Farms organization says. “It’s hard to get past their size; although often exaggerated, they are huge. While the average length is just over a meter, they easily reach two meters when relaxed.” What’s more, the giant Gippsland earthworm even makes its own unique sound. “When they move in their wet burrows, they make a gurgling sound that is very loud—it’s fascinating,” Van Praagh shares. 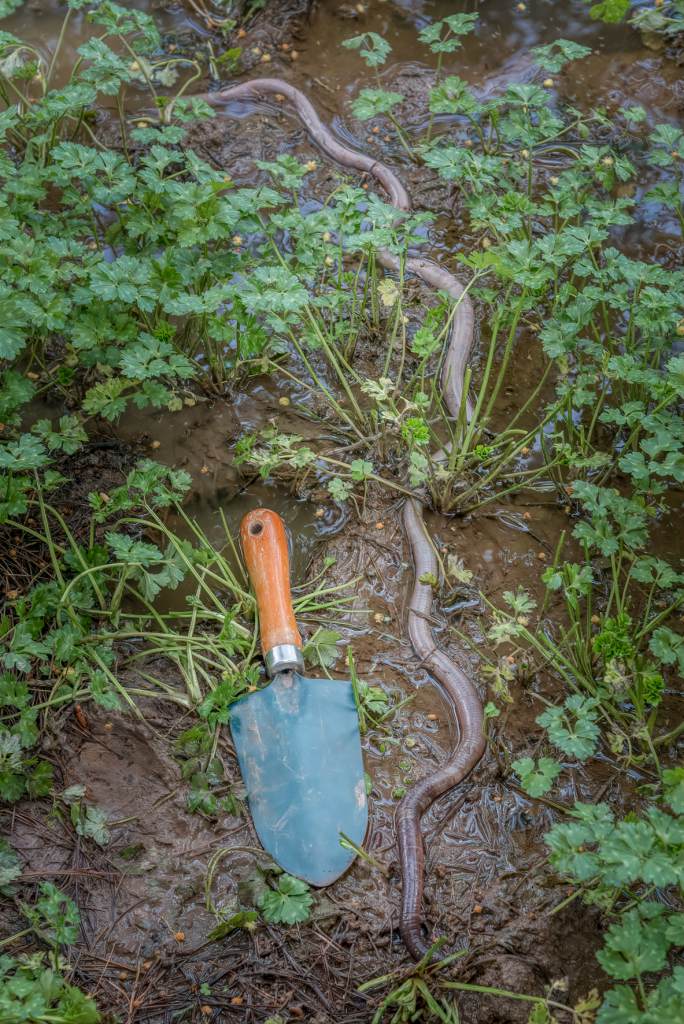 An extremely rare photo of the Gippsland earthworm flooded out of its burrow. The giant Gippsland earthworm is very vulnerable on the surface; it would most likely get picked off by predators or dried out from the sun over time. || Photo courtesy of Beverley Van Praagh

Van Praagh is a private consultant and specializes in threatened invertebrates, “mostly the giant Gippsland earthworm and burrowing crayfish in the South and West Gippsland region of Victoria,” she says. 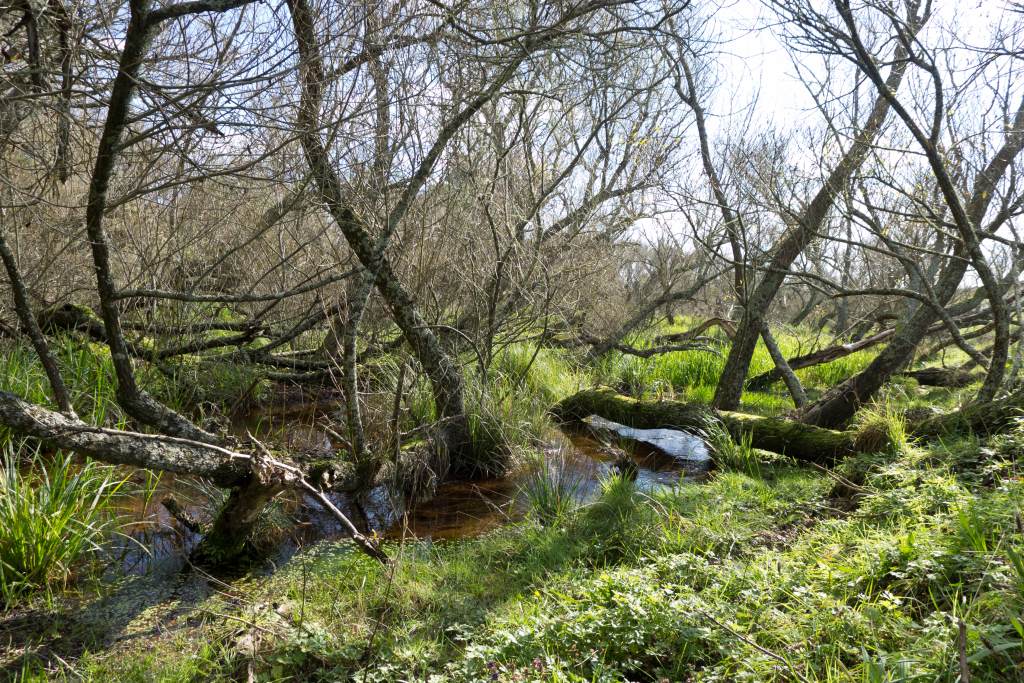 “They live in an area of about 40,000 hectares—a hectare is equal to 10,000 square meters—but are very patchy within that area,” Van Praagh reports. So their exact population size is unknown.

As you might expect, an authority like Van Praagh has gotten the pleasure of meeting Megascolides australis up close and is thrilled to detail the experience.

“It’s a privilege to hold one, as so few people have,” she says. “They feel cold and slippery. They are very gentle and do not move around much at all when out of the ground. No squirming like other earthworms.” 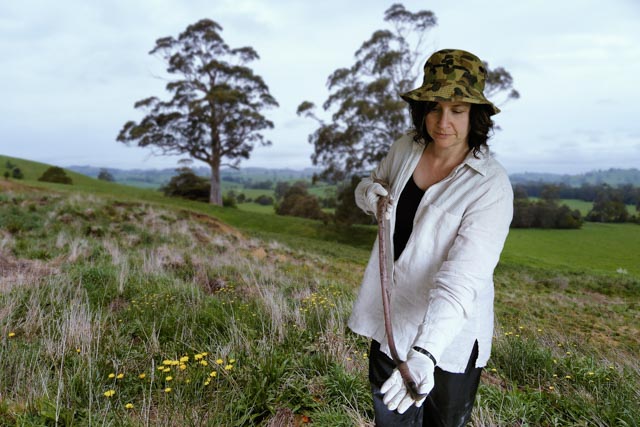 Curious? You’re not alone, and thankfully the town of Korumburra, about three hours away, has been known to celebrate the Giant Gippsland earthworm with pride. In fact, Korumburra has organized a number of worm-themed festivals in past years—one lucky lady would even walk home with the title “Earthworm Queen,” and there were plenty of games for the kids.

What’s more, there’s even a mascot, Karmai, with its own Facebook page. A wonder itself, the 148-foot pink Karmai took about three months to build from papier-mâché with the help of local schoolchildren. At one time, Karmai was the largest parade float of its kind in the entire world.

A fitting mascot for the giant Gippsland earthworm, we’d say.

“There are other giant worms around the world,” Van Praagh points out, in “South Africa, China, Ecuador and other parts of Australia. But I think the giant Gippsland earthworm is the most well known and perhaps the best studied. (There’s) little information about other giant earthworms.” Care to guess why? “They’re difficult animals to study!” she admits. 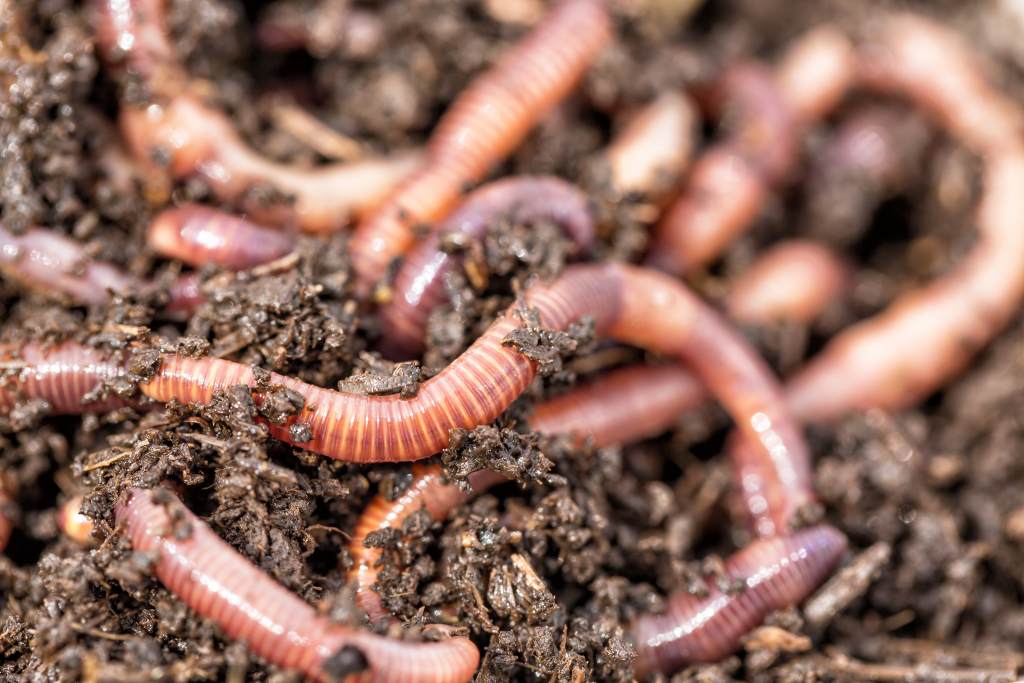 In America, the Oregon giant earthworm, Driloleirus macelfreshi, is found in—you guessed it!—Oregon. Then, there’s the giant Palouse earthworm, Driloleirus americanus, which tends to hang out in Washington and Idaho grasslands; it was originally thought to have gone extinct in the 1980s but has been observed in the wild since. Although both the Oregon giant earthworm and giant Palouse earthworm are believed to only grow to just over three feet, that’s still plenty to marvel at.

You could say, it’s a whole lotta worm.

Check out Dr. B. D Van Praagh’s organization’s website for more on this giant earthworm.

Next post Double Take! These Animals Have Two Faces