Ripley’s and Polycephaly (A.K.A., Two-Headed Animals)

Stan and Brandy McCubbin’s recently born two-headed calf named Lucky would be right at home in the Ripley’s stable.

Polycephaly is the condition of having more than one head, and Ripley’s has a long history with these animals. Farmers often wrote to Robert Ripley telling him of their two-headed animals.

Ripley was intrigued with these animal oddities and called them “pranks of nature.”

The Ripley collection today includes a horse with three legs, two-headed calves, pigs, rabbits, turtles, and kittens. We have albinos, giant snakes and alligators, a whole menagerie of multi-winged and multi-limbed birds, and even a headless chicken! 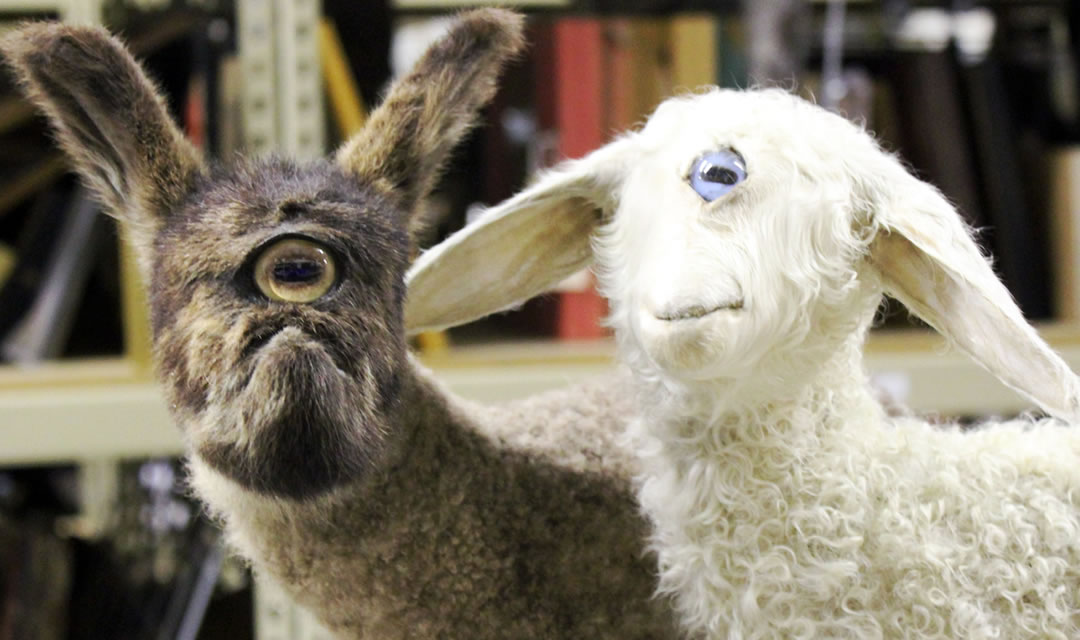 Lucky was born on a farm in Kentucky. In the seven years that the McCubbins have been operating the farm, they’ve never seen anything like her.

She has two mouths, two noses, and four eyes – two of which share one socket. The McCubbins think that although she has two faces, Lucky has one brain because when they feed her from a bottle, both of her mouths move in unison.

Lucky’s condition might not be true polycephaly. It’s more accurate to say she has two faces than two heads, but she’s still wonderfully unique all the same. 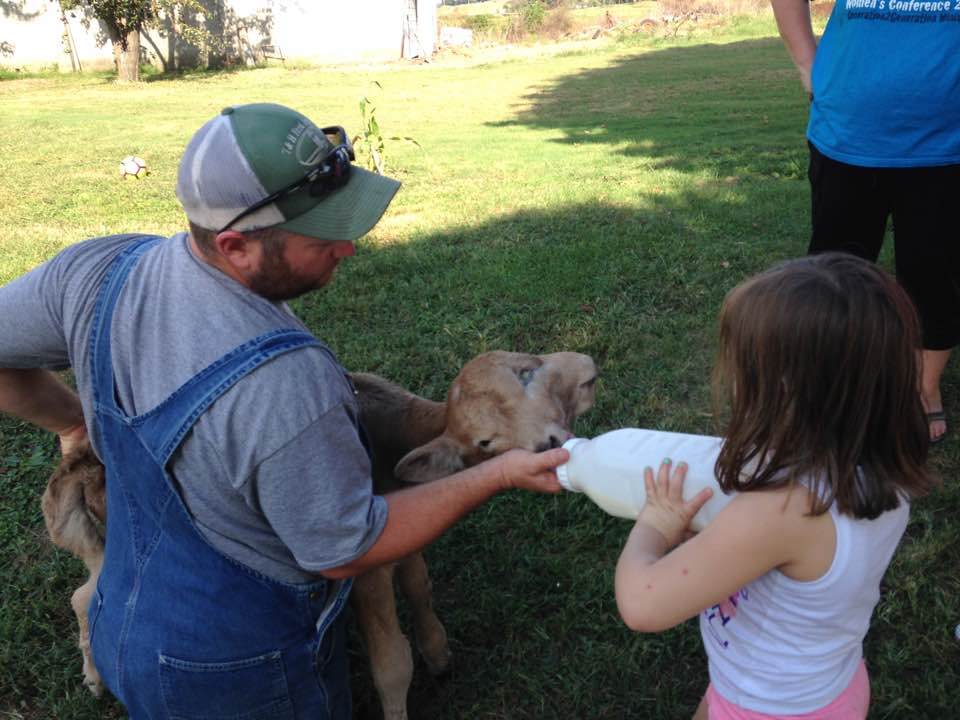 In most cases, people or animals born with two heads also exhibit two separate personalities. Todd Ray, the owner of the Vince Beach Freakshow, has a large collection of living two-headed animals. In the case of his bearded dragon, he notes differences between both heads. 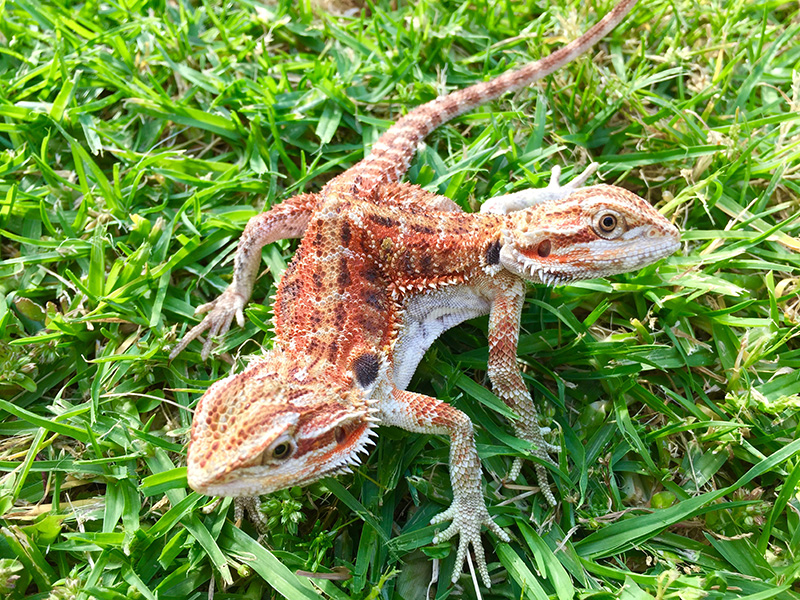 However, Lucky’s case is most likely different if she only has one brain.

One common aspect of calves with polycephaly is that sadly, they don’t live long. However, there are good signs for Lucky! She can stand on her own, although but she does have balance problems. She also has a tendency to walk in a circle, but she’s eating and making a strong effort. 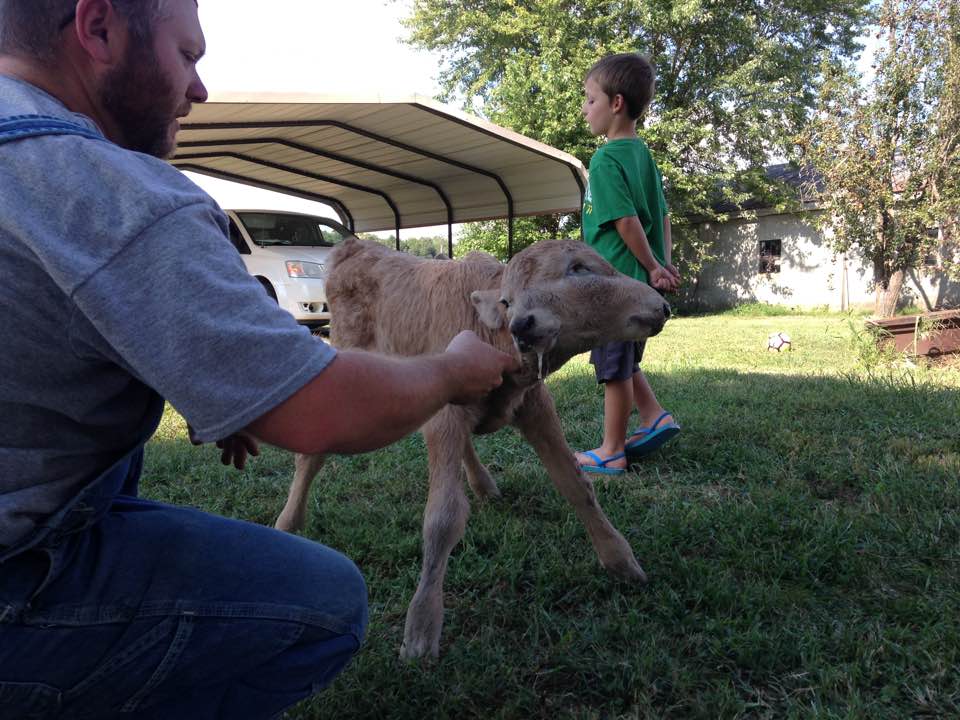 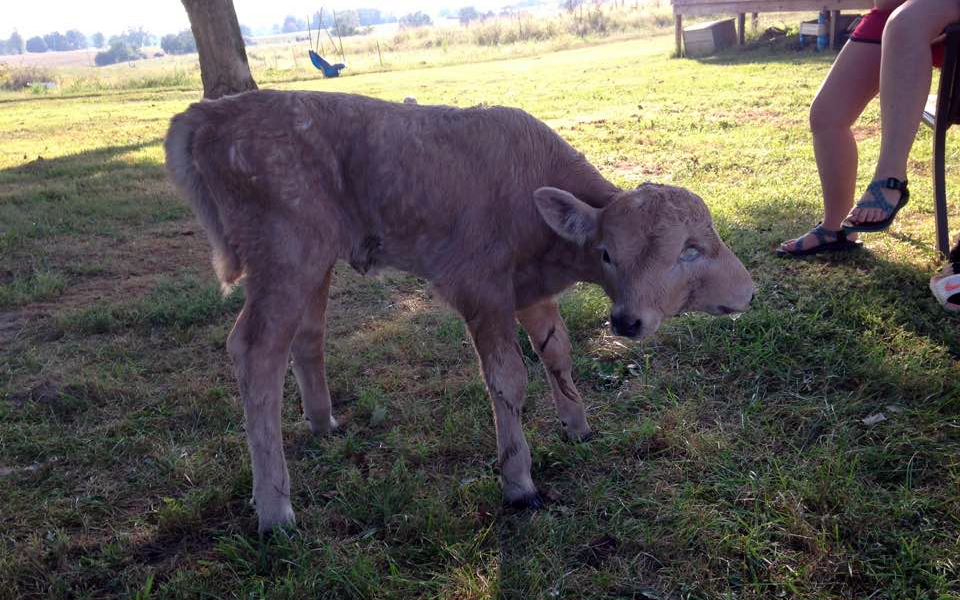