This shape-shifting robot is (almost) ready to make its way into your digestive system! 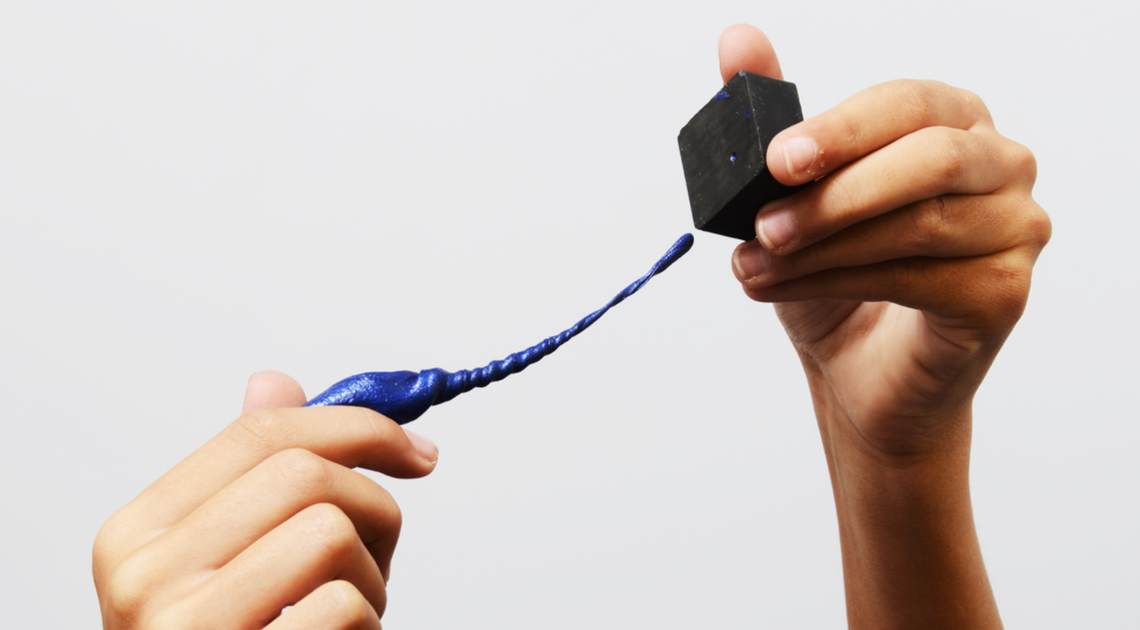 Each year, thousands of children swallow objects not suited for human consumption with no other option but to wait for time — and the digestive system — to work its magic. But that could soon change thanks to the invention of a slimy little magnet.

Researchers from the Chinese University of Hong Kong and the Harbin Institute of Technology published a study on March 25 in Advanced Functional Materials, revealing the creation of a magnetic slime that could potentially be inserted into the human digestive system to fish out foreign objects.

The study gaining traction online on April Fool’s Day and the substance’s odd appearance quickly lead to speculation about its authenticity. However, the blob’s co-creator Li Zhang, a mechanical and automation engineering expert, has confirmed that this malleable magnet is no prank.

A robot made of magnetic slime could be deployed inside the body to perform tasks such as retrieving objects swallowed by accident.https://t.co/EYpnx56vNO pic.twitter.com/zA3hMO80xQ

According to the study, Zhang’s scientific concoction is not far off from the glue-and-baking-soda slime recipes children worldwide use to turn their family kitchens into a disaster zone.

The resulting product is a “visco-elastic” substance that behaves like a solid when touched quickly and liquid when prodded slowly.

Despite a video in which the slime appears to move autonomously, it’s controlled entirely by external magnets, which, in practice, would be outside the patient’s body, guiding it through the GI system.

What Goes In, Must Come Out

From LEGO bricks and Barbie shoes to batteries and pennies, children — and adults — swallowing unsavory snacks is just another day at work for most doctors.

In fact, LEGO swallowing is so common that in 2018, six doctors sacrificed their colons for the chance to learn firsthand the effects the miniature builders could do on a child’s system. The results: not much. On average, the pieces passed in only 1.7 days as the doctors carried on with their business.

As always, some people insist on upping the ante and commit to their mishaps, finding ways to shock even the most seasoned medical professionals. 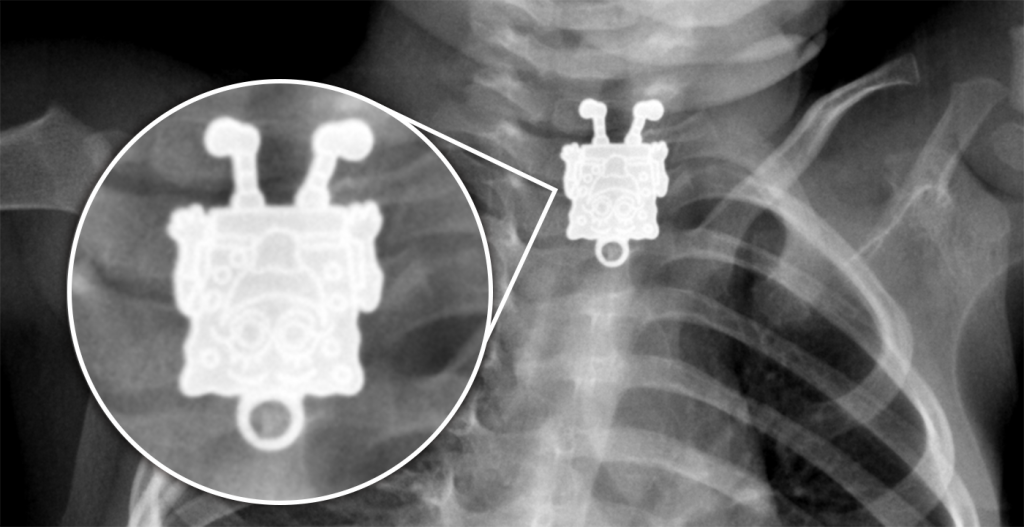 Some of the more jaw-dropping things people have swallowed would shock even the most seasoned physician, including lighters, a full-sized toothbrush, and a cellphone, some of which were in the patient’s body for upward of a decade!

For smaller items, doctors can use endoscopes to retrieve the foreign object, but in these instances, they are often forced to operate.

Get You a Robot That Can Do Both

Though elastic and fluid-based robots that can fit into a tight squeeze already exist separately, those that can do both are few and far between, making this little slime big on potential.

What the slime robot lacks in the ability to act alone, it makes up for with other talents, including self-healing, grasping smaller objects, and conducting electricity. The video shows the full power of the blob as it pulls wires together and navigates narrow passages before being chopped apart, only to pull itself back together.

These versatile traits could lend the slime to other useful tasks, like “circuit switching and repair” and “transporting harmful things.”

There are no immediate plans to put the slime to the test in a medical setting, as magnetic particles are definitely just as toxic — if not more so — as any object that would be accidentally ingested.

The researchers added a silica coating for safe insertion into the human body to address these concerns, but there’s still work to be done.

Zhang mentioned the possibility of encapsulating the substance with an additional coating to avoid toxic electrolytes leaking from the magnet before adding that the safety would “strongly depend on how long you would keep them inside of your body.”

The team plans to conduct further research on the slime’s uses and properties, including possibly adding pigment or dye to make it more visually appealing than its current hue, which gives it the distinct appearance of , as Twitter user Dave Walsh so pointedly put it, “magnetic turd.”

Next post Trilo-BITES: The World’s Earliest Cases Of Cannibalism