The Malaysian Orchid Mantis just might be the biggest trickster of the animal kingdom.

Look at the pretty flowers

The Malaysian Orchid Mantis just might be the biggest trickster of the animal kingdom.

This bug mimics real orchids so well, it deceives pollinating bugs into stopping by for a visit. Instead of collecting pollen and nectar, the bugs become a meal for the mantis.

The Malaysian Orchid Mantis was discovered in 1879 when an Australian journalist took a trip to Indonesia and returned with stories of bug eating flowers. What he actually saw was the orchid mantis. 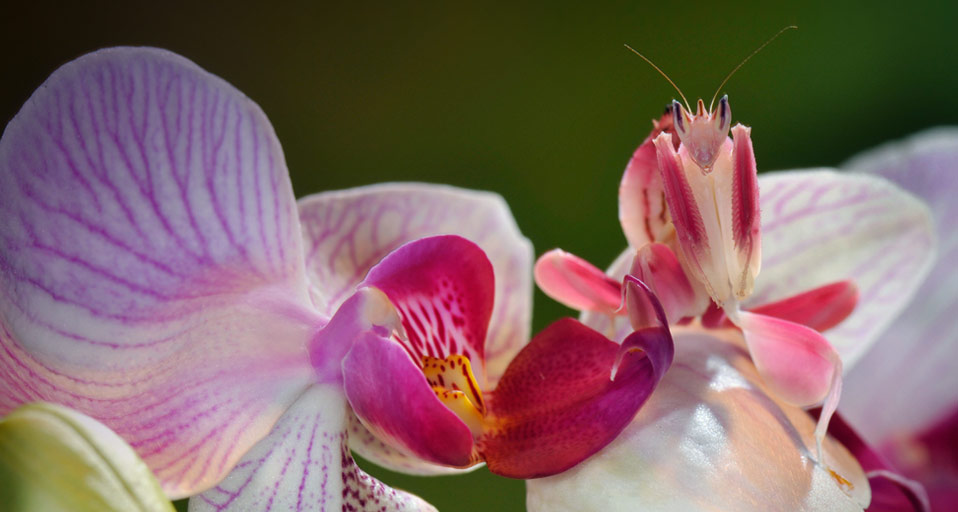 Better than the Real Thing

For over a century, it has been assumed that the orchid mantis is a master mimicker, but no one ever put them to the test…. until now.

In recent experiments, scientists have discovered that the mantis is not only an experienced camouflager, but they impersonate flora better than the real thing!

The fakers don’t even hang around the real thing. Orchid mantis are so confident in their ability to mimic flowers, they just hang out on leafy greens and let the prey come to them.

The orchid mantis comes in a variety of colors … from white, to yellow, to pink and purple.

Whatever their color, bees and wasps of the world beware! It’s not a flower … it’s going to eat you!