This Brady-broccoli-bunch of seven caterpillars blossomed into wild butterflies! 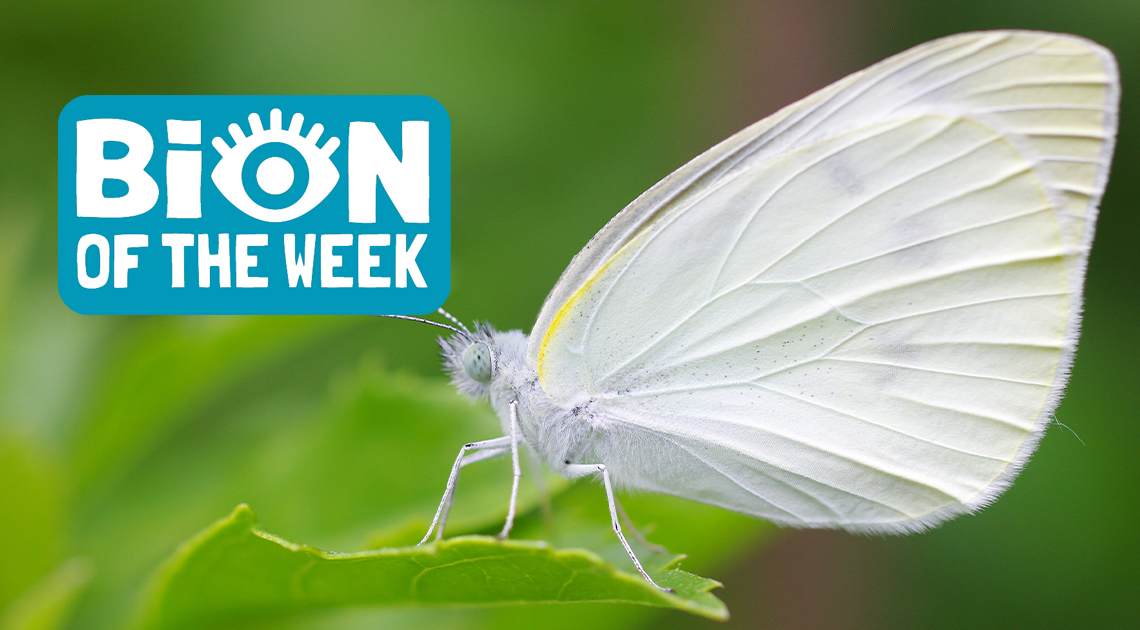 [June 22-June 28, 2020] Perfect pitch(er) plants, the Godzilla of dust bunnies, caterpillar families, and the rest of the week’s weird news from Ripley’s Believe It or Not!

The audience was firmly planted in their seats on Monday, when a full house graced the Gran Teatre del Liceu for its first concert since shutting their doors temporarily mid-March. Believe It or Not! Barcelona’s UceLi Quartet preformed for 2,292 plants at the opera house’s opening night! The string quartet serenaded its green guests with Giacomo Puccini’s “Crisantemi,” and even fiddle leaf figs and indoor snake plants around the world could tune in via a livestream. All plants in attendance came from local nurseries and will be donated to health care professionals at the Hospital Clínic of Barcelona as a way of recognizing their efforts and sacrifices made during the pandemic.

Tyler Woodbridge, a 32-year-old Columbus, Ohio, resident started a petition to rename the state’s capital after one of their very own—Guy Fieri. As a Food Network icon, Fieri’s classic phrase “Welcome to Flavortown” has made its way into nearly every episode of Diners, Drive-Ins, and Dives and Guy’s Grocery Games. But, fans of the Columbus-born celebrity admire Fieri for more than his contribution to the world of food, like his efforts to raise more than $20 million for restaurant workers during the COVID-19 pandemic. According to the petition website, Woodbridge believes that the city of Columbus can be described as a “melting pot” of different cultures and nationalities, and the name “Flavortown” would honor the city’s “proud heritage as a culinary crossroads and one of the nation’s largest test markets for the food industry.”

The city of Columbus, Ohio, has already vowed to bring down its statue of Christopher Columbus. But thousands are hoping to erase the city’s connection to Columbus’ legacy even further by renaming it Flavortown in honor of Columbus native Guy Fieri. https://t.co/YRGyE2QnEC

The Largest Dust Bunny Ever is Coming for Us!

A massive dust cloud from the Sahara Desert made its way to the United States this week. Believe It or Not! it is the largest and most concentrated dust cloud in the past 50 years! Experts have dubbed it the “Godzilla dust cloud” and it is due to cover the entire Gulf Coast in all its dusty furry this weekend.

Trade winds regularly carry dust clouds from the Sahara across the Atlantic Ocean, and they play an important role, from building Caribbean beaches to fertilizing Amazon soil and putting the brakes on tropical storms. The current cloud, however, is abnormally large and affecting air quality.

Gordon Precious of Ontario is a rad granddad. He celebrated his 95th birthday by setting a Guinness World Record for being the world’s oldest heli-skier. Precious took a trip to the Cariboo Mountains in British Columbia, where he was lifted by a helicopter to the top of a ski run and made his way down the mountain—his first run by helicopter in five years!

Ripley’s has come across many peculiar produce finds—from frozen frogs to black widows—but never have we ever come across someone who has taken in their hitchhiker and cared for it as their own. British media personality Sam Darlaston did just that with the seven caterpillars he found in his veggies! Documenting the entire process on Twitter, Darlaston decided to raise his caterpillars to maturity—from larva to chrysalis, and finally, butterfly.

It all started with one caterpillar found in his Tesco broccoli. He named it Cedric. First, Darlaston did his research and discovered that Cedric was a cabbage white, or cabbage butterfly. He crafted him a cute little home and gave him all the broccoli he could ever dream of.

Darlaston went back to Tesco, who refunded him for the cost of the caterpillar-contaminated broccoli. He used that refund to purchase more broccoli and, Believe It or Not!, unknowingly adopted five more caterpillars. To top it all off, Darlaston’s roommate’s broccoli also contained a caterpillar, so this Brady-broccoli-bunch grew to seven caterpillars overnight!

Every little, quite literally, does help ! Thanks @Tesco 🐛🦋 pic.twitter.com/DOuHLJE2YA

Previous post Mysteries of “The Eye”: Could Argentina’s Unusual Island Have Occurred Naturally?