Man Survives Chainsaw To The Neck! 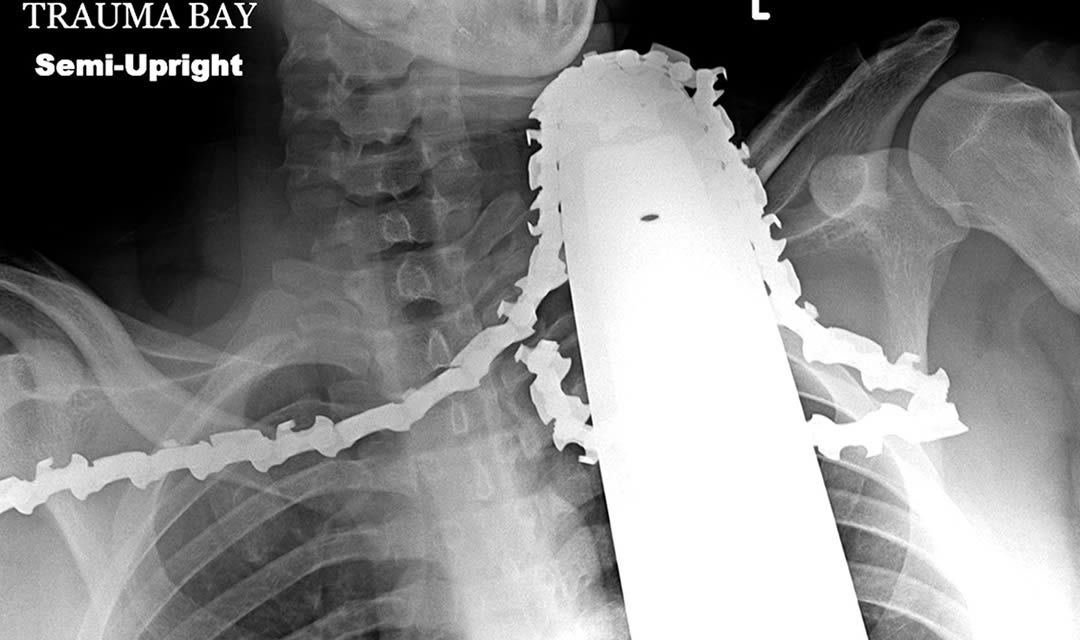 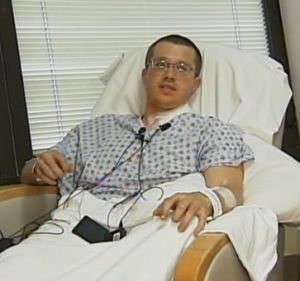 James Valentine is a 21-year-old tree trimmer from Pittsburgh. He was trimming a tree last Monday when somehow his chainsaw kicked back and became imbedded in his neck.

Even more amazing is the chainsaw that almost took his life also helped save his life! The chain became lodged in his neck and helped control the bleeding.

James was trimming at an awkward angle in order to not hit nearby power lines.

Valentine’s coworker helped him get down from the tree, chainsaw and all.

Miraculously, James missed a major artery by a mere centimeter.

30 stitches and one hour of surgery later, and James was recovering in stable condition. He says he is going to take a few days, then go right back to the job.

X-Ray via AP | Video and stills via CNN