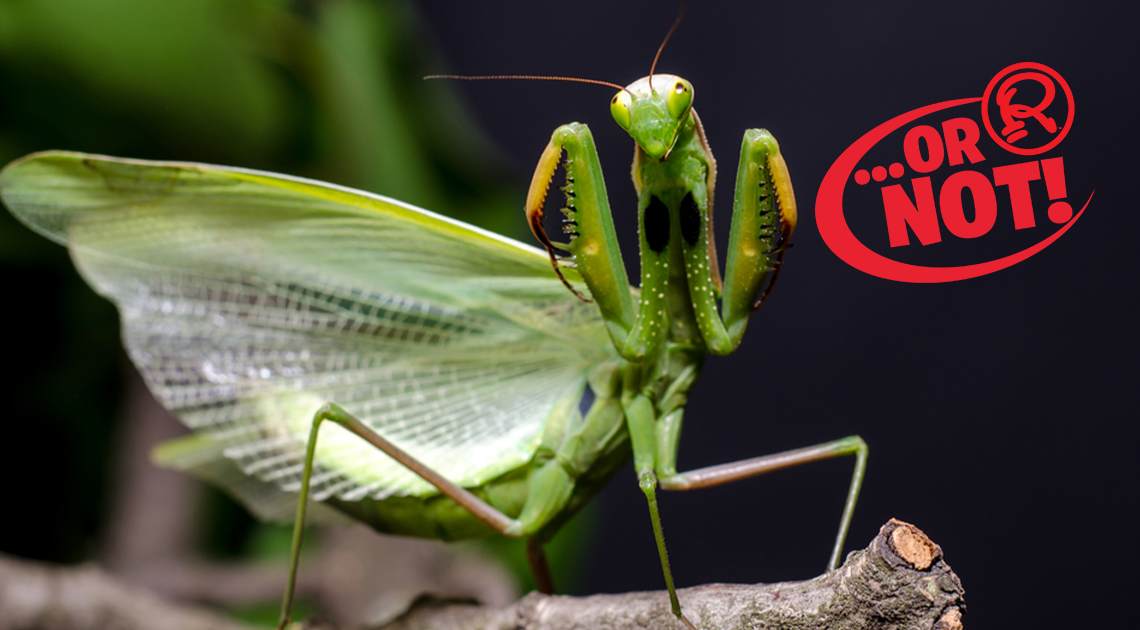 Female praying mantises have gotten a bad rap over the years for being two-faced lovers. They’re known to sidle up next to an unwitting male mantis and go through a courtship and mating ritual with him. But instead of pillow talk or a little cuddling post-coitus, they prefer “sexual cannibalism.” In other words, they bite off the male’s head and then eat the rest of his body.

Keep reading for the lowdown on mantis mating and why it only sometimes evolves from a rom–com into a horror flick.

For male mantids, decapitation after copulation is far from a certainty. Only about 13 to 28 percent of male mantises die in the jaws of their lover. Nonetheless, this would still be a startling figure among other populations.

For instance, there are currently 7.7 billion people on the planet. Let’s assume half, 3.8 billion, are of reproductive age and that half of those, 1.9 billion are males. If the other female half suddenly decided to start playing by mantid mating rules, it would result in 250 million to 539 million sex-related male deaths per year. Yikes!

In other words, even though most boy mantids don’t meet their demise as a result of fatal attraction, male mortality rates still prove significant during breeding season.

Unlike some male spider victims of sexual cannibalism, whose reproductive organs are permanently damaged by mating, male mantises can and do go on to mate again. That is if they manage to survive their last tryst. 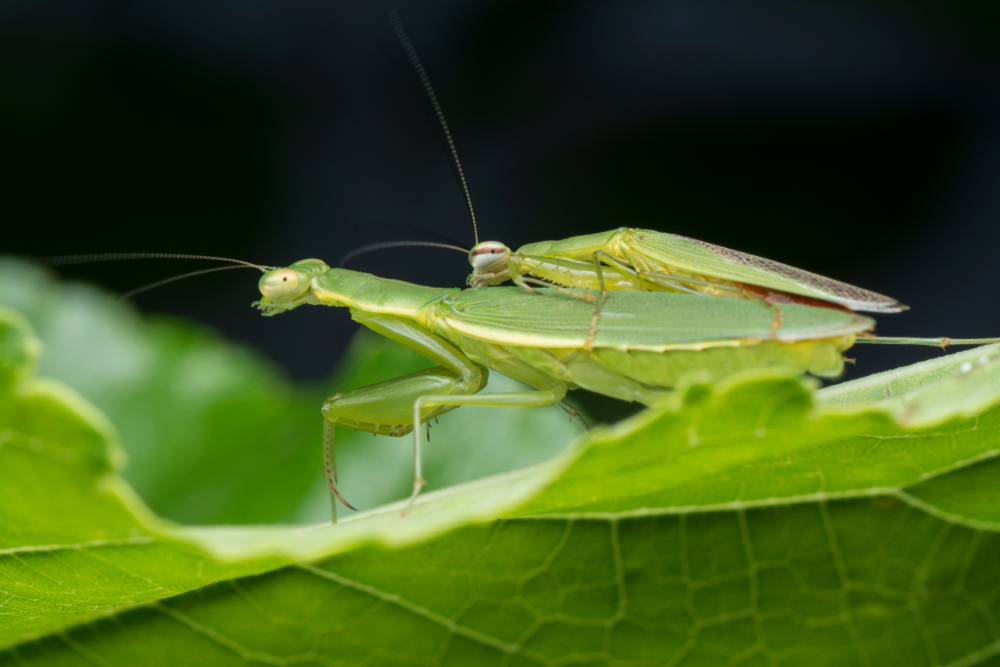 The Hungry Nature of Fatal Attraction

Myriad explanations exist for why sexual cannibalism occurs among praying mantises in the first place. Among the most obvious is that the female is hungry.

The result? Well-fed ladies cannibalized no males. But in the case of the hangry gals, only one male managed to mate unscathed. What’s more, during the mating season, 63 percent of a female’s diet is often comprised of her male lover’s body. In other words, mate eating may represent a quick way for a female to score some nutrients during a crucial time in her reproductive cycle.

When scientists have studied the differences between female mantises who eat their mates and those who don’t, more fascinating facts emerge. Using radioactive proteins, researchers have tracked the contribution of recently devoured males to their offspring. And the parental investment runs deep.

Males eaten by their lovers pass on almost 90 percent of their amino acids to their babies, whereas those who survive only pass on about 25 percent. In the ultimate act of “child support,” the cannibalized males nourish developing baby mantises from the get-go.

And this results in a significant increase in egg production. The average cannibalistic female produces 88 eggs as opposed to 37 from girlfriends who let their boy pals live.

Of course, male mantids who manage to keep their heads can make up for the loss of eggs by copulating with more females. That is, if they’re lucky (or unlucky) enough to find them. It’s a fascinating evolutionary tension that scientists continue to study.