The famous Marilyn Monroe dress she wore to sing Happy Birthday to JFK is now part of the Ripley’s collection for a mere $4.8 million. 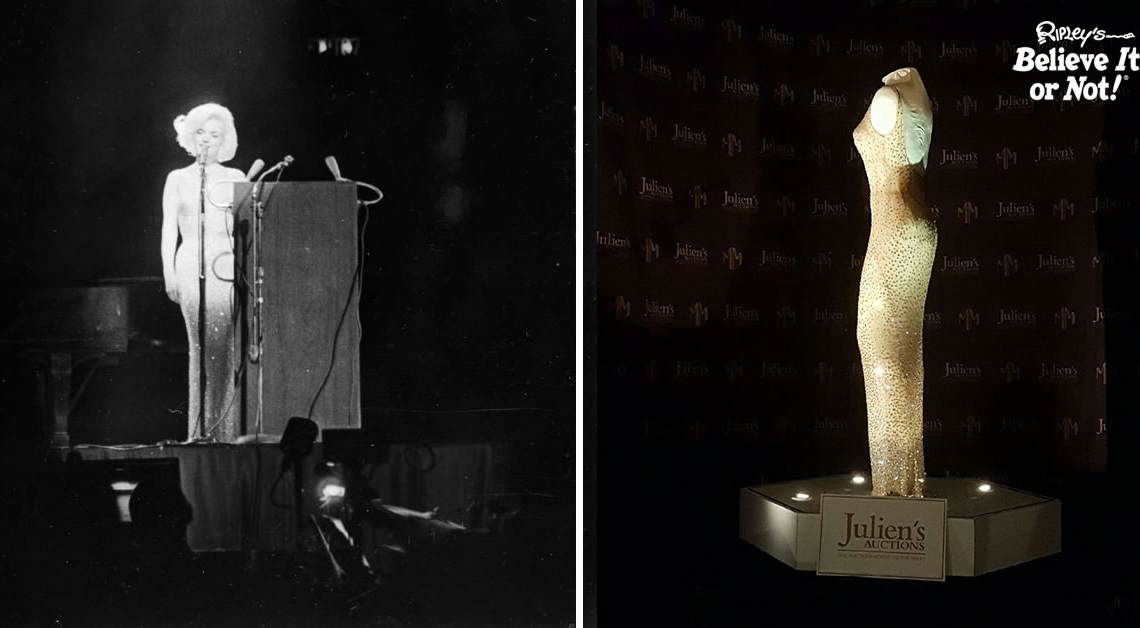 In a time where the word “viral” was not part of the American lexicon, her performance certainly qualified as it swept the media by storm. With her sultry voice and commanding stage presence, it is still one of the most talked about and remembered acts of her career.

The dress designer was Jean Louis, and the original sketch of the dress was done by none other than a young Bob Mackie in his first job out of college. The dress has over 6,000 hand-sewn rhinestones.

The dress she wore is now the world’s most expensive dress purchased at auction, and it has a new home with Ripley’s Believe It or Not!

At its last auction, the dress sold for $1.3 million to collector Martin Zweig. The second most expensive dress ever sold at auction also belonged to Marilyn Monroe. It was the dress she wore in the film The Seven Year Itch, and sold for $4.6 million. 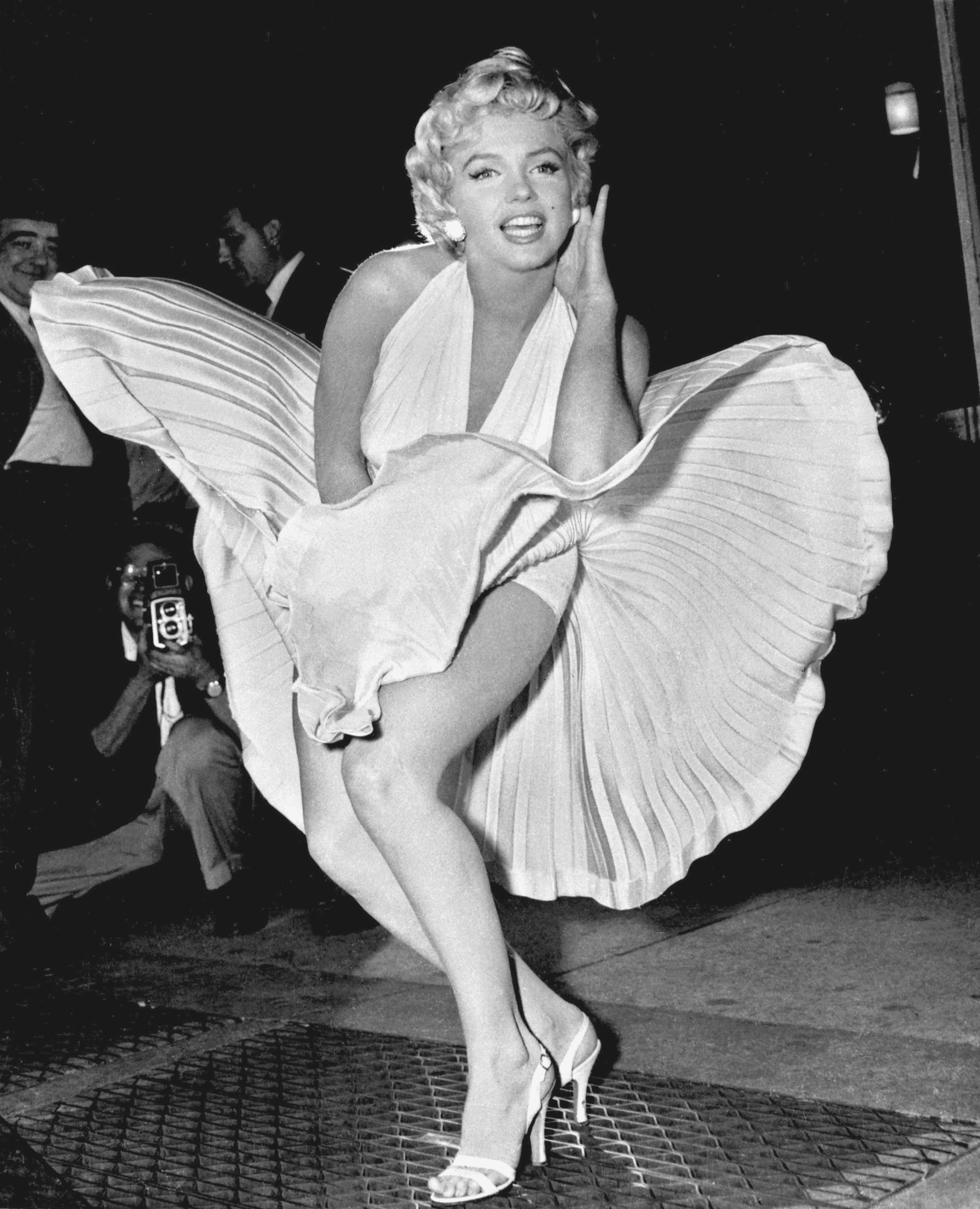 On November 18, 2016, we were the winning bidder for the dress at Julien’s Auctions event in Los Angeles. 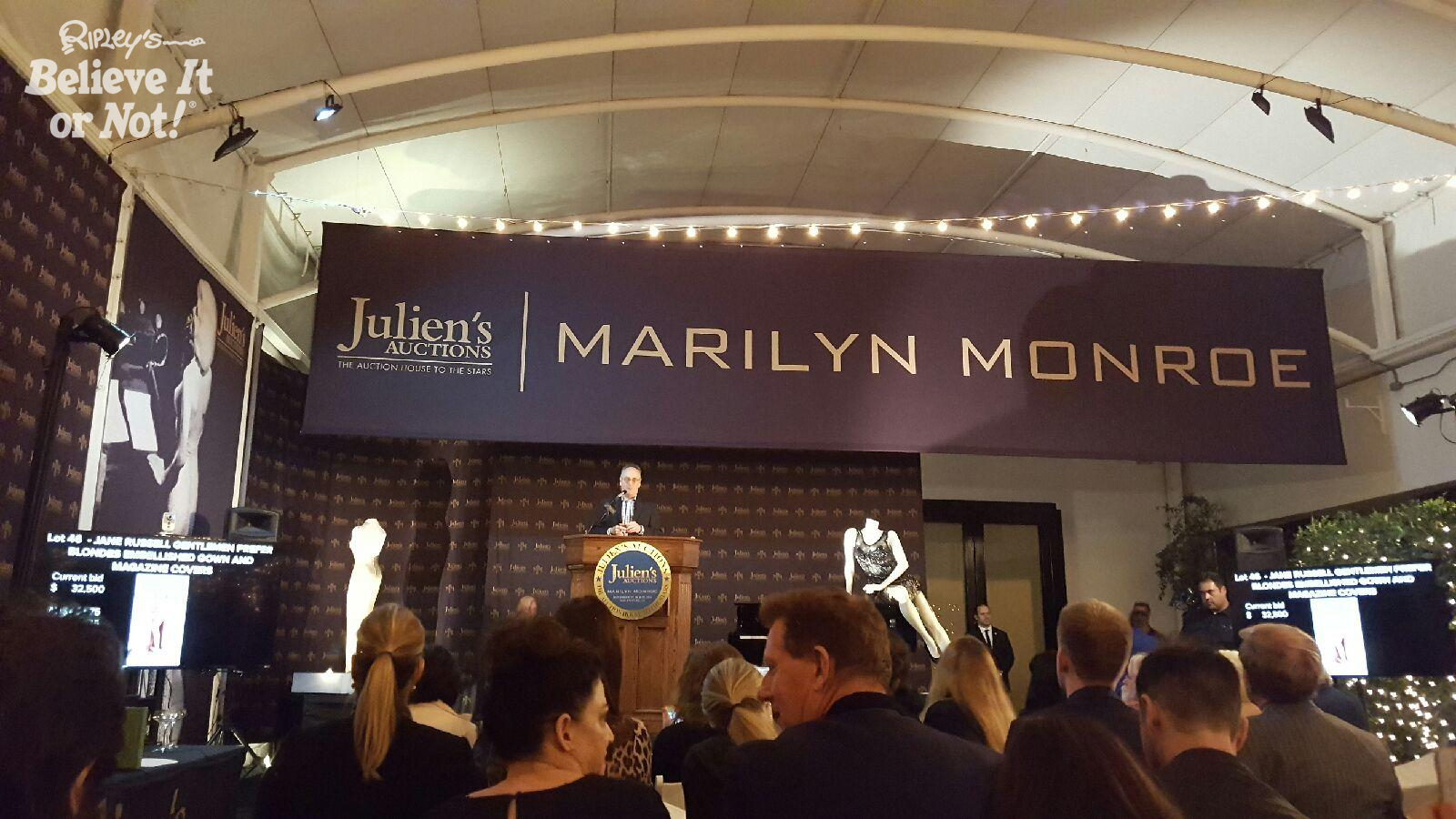 Edward Meyer, Ripley’s VP of Exhibits and Archives – who has been acquiring items for the company for more than 35 years – placed the winning bid for the iconic dress.

This is the most famous item of clothing in twentieth-century culture. It has the significance of Marilyn, of Hollywood, of JFK, of American politics. Any museum in the world would love to have it on display, and now it belongs to Ripley’s Believe It or Not! 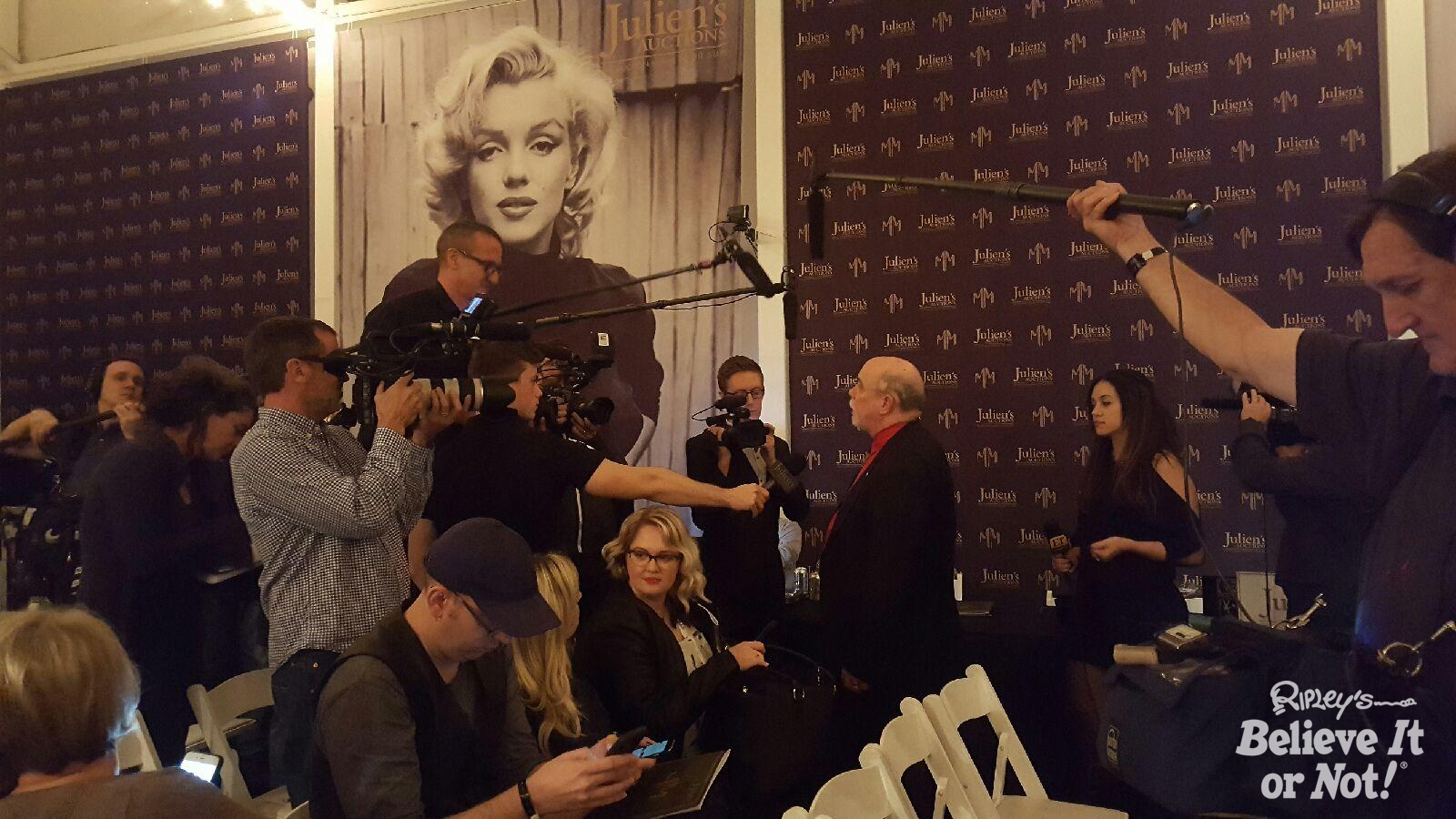 The night full of glitz and glamour

Meyer got to hobnob with one of the most well known Marilyn Monroe impersonators, Suzie Kennedy. She was wearing a pair of earrings and brooch that were also part of the auction. 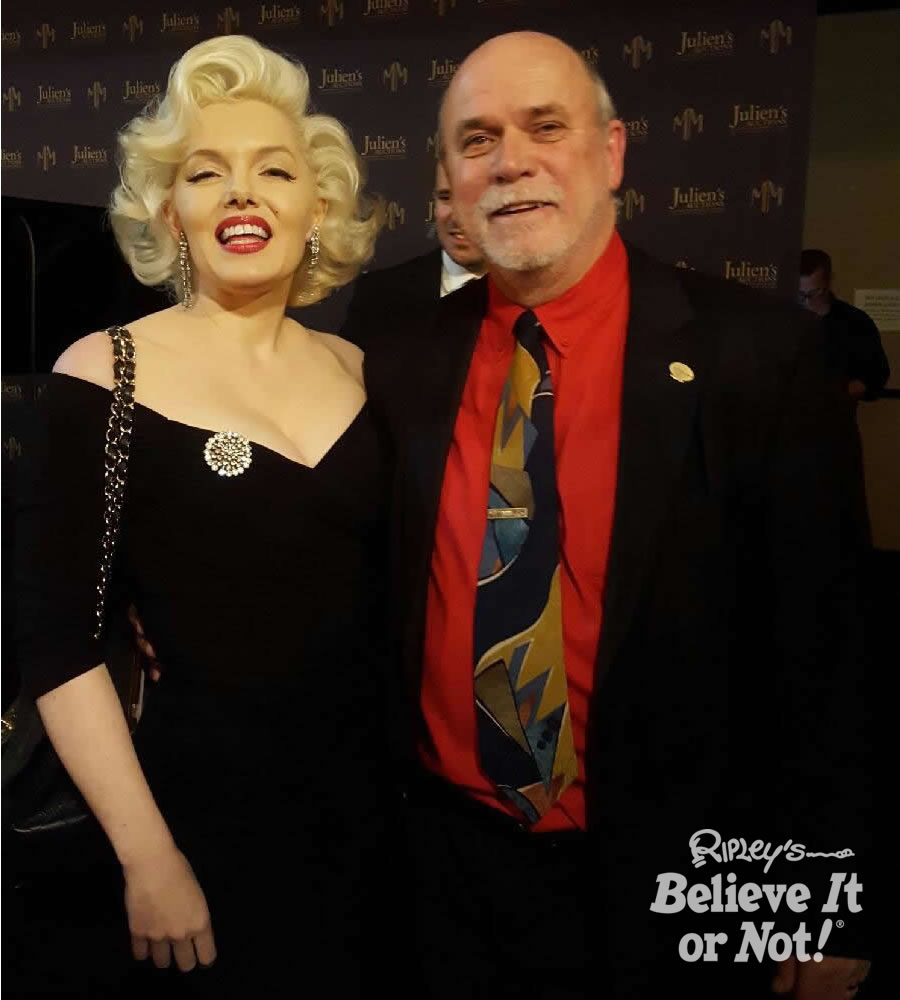 Edward Meyer, VP of Archives and Exhibits for Ripley’s Believe It or Not! with Suzie Kennedy, a Marilyn Monroe impersonator. She is wearing a pair of earrings and a brooch that were part of the auction. 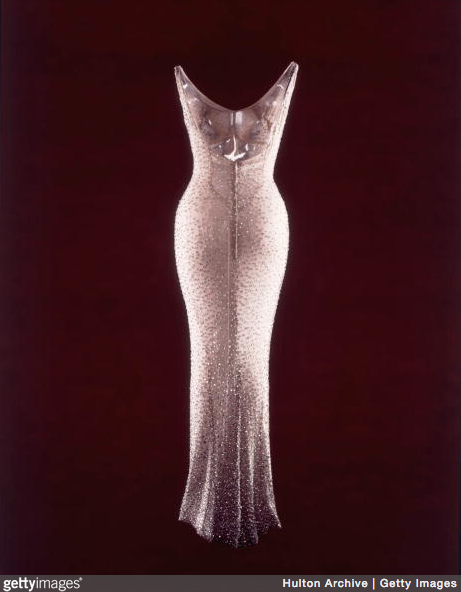