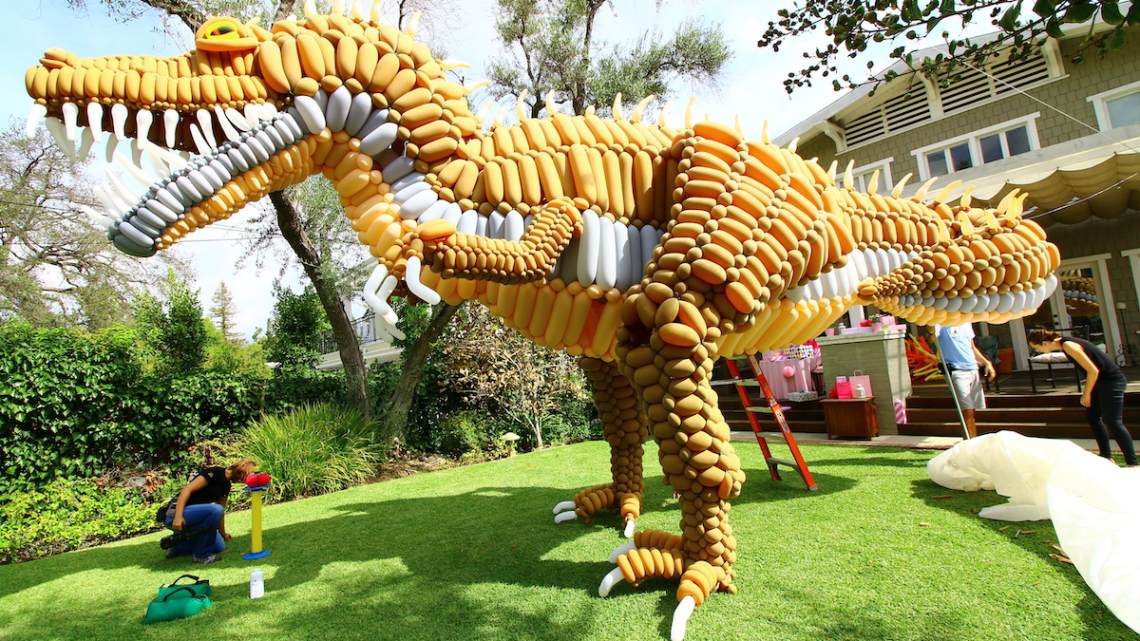 Mark began twisting balloons about 30 years ago and has placed first in a dozen global competitions and is an eight-time, world champion balloon artist! Today, he offers his unique set of skills through his appropriately named business, Xtreme Balloons.

Some of his incredible creations include a life-size car from The Flintstones (complete with Fred and Dino), Bumblebee from Transformers, Baymax of Big Hero 6, the titular characters from Alien vs. Predator, and so many more. 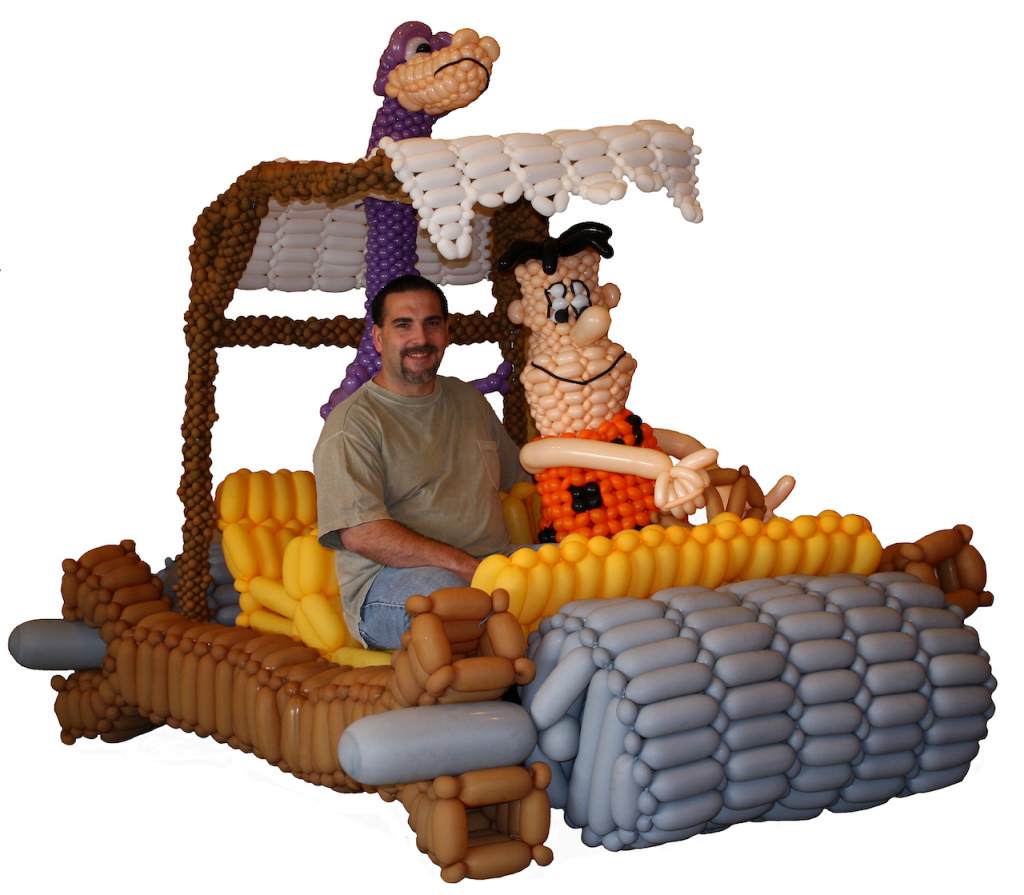 However, Mark’s most popular designs are his life-size dinosaur creations! His first prehistoric beast was a T. rex skeleton made of more than 1,400 balloons. Believe It or Not!, the dino measured 39 feet long and took 55 hours to create! Some of Mark’s other balloon dinos include Stegosaurus, Utahraptor, Allosaurus, and Spinosaurus.

Mark’s balloons have popped up all over the place. The Royal Ontario Museum in Canada has commissioned dinosaur skeletons from Mark twice: a 39-foot long T. rex in 2008 and a 20-foot long Triceratops in 2015.

South of the border in the U.S., Mark created a T. rex for Field Station: Dinosaurs, and on the other side of the world he made a T. rex balloon costume in Shanghai. 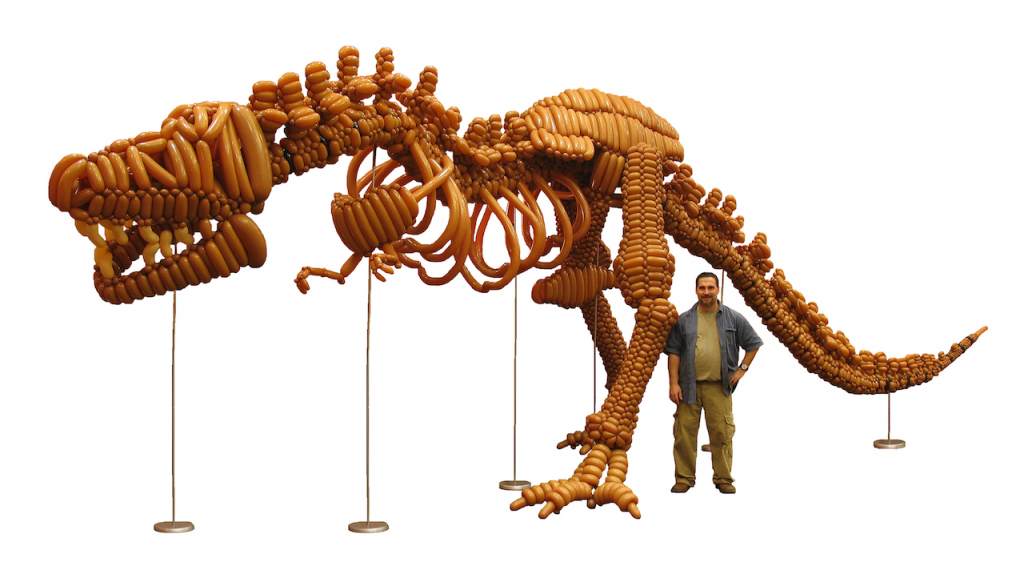 Mark has made a variety of costumes, life-size dinosaurs, and even interactive creations but has said that his favorite sculpture to make was a 10-foot-tall Bumblebee, from the Transformers movie. 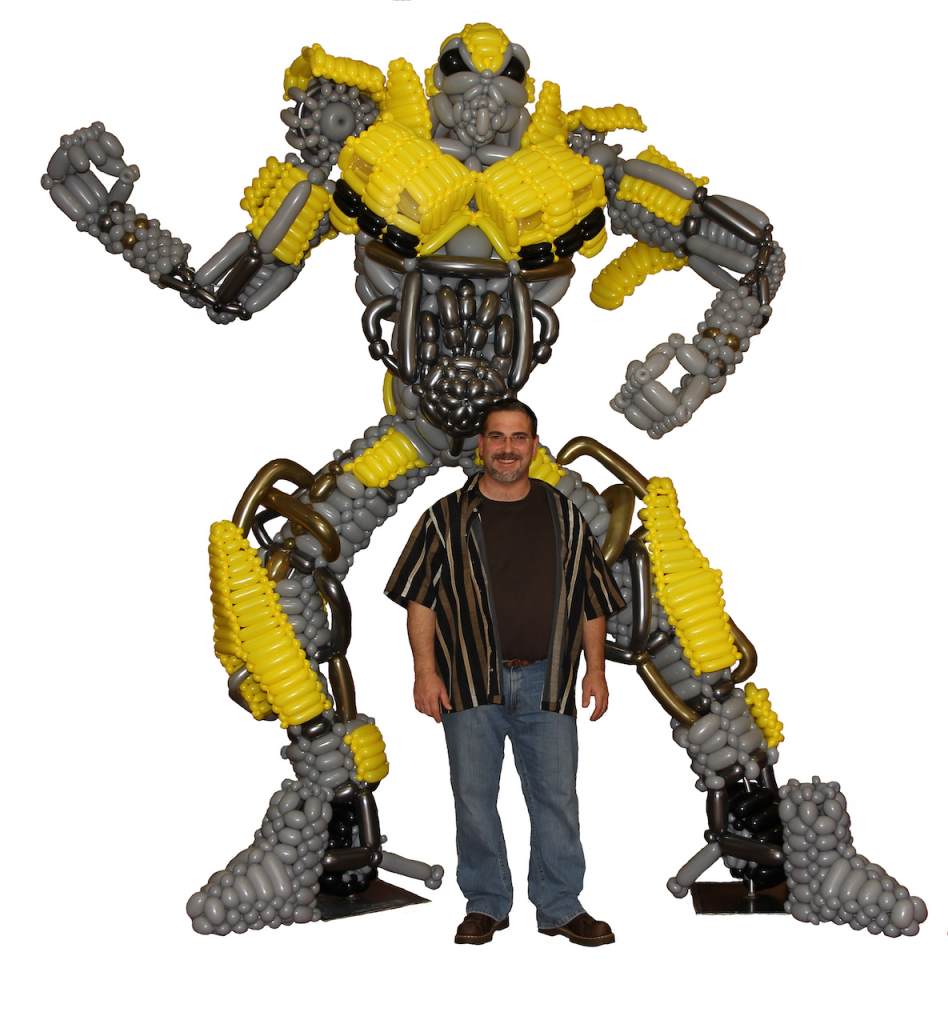 Check out Mark’s Instagram to see more of his incredible work from throughout the years. We, here at Ripley’s, think you’ll find it poppin’!

Previous post Trees are Migrating West, and Scientists Aren’t Exactly Sure Why