In today’s show we take a look at few authentic torture devices like the Italian Pear of Agony, lovely chastity belts, iron masks, and the fiendish Iron Maiden of Nuremberg. Let’s explore that together!

If it was attached to your body, a torturer had some device to crush it. You name it: fingers, toes, feet, necks, heads, wrists … torturers would crush anything to get a confession … anything.

In Europe, thumbscrews—devices meant to crush fingers—were often used as a means to coerce confessions out of suspected heretics, but in China they would just crush the whole hand.

The head crusher was a German implement used to extract confessions, but while you can survive a broken finger or toe, being a tough nut to crack was fatal in this case. 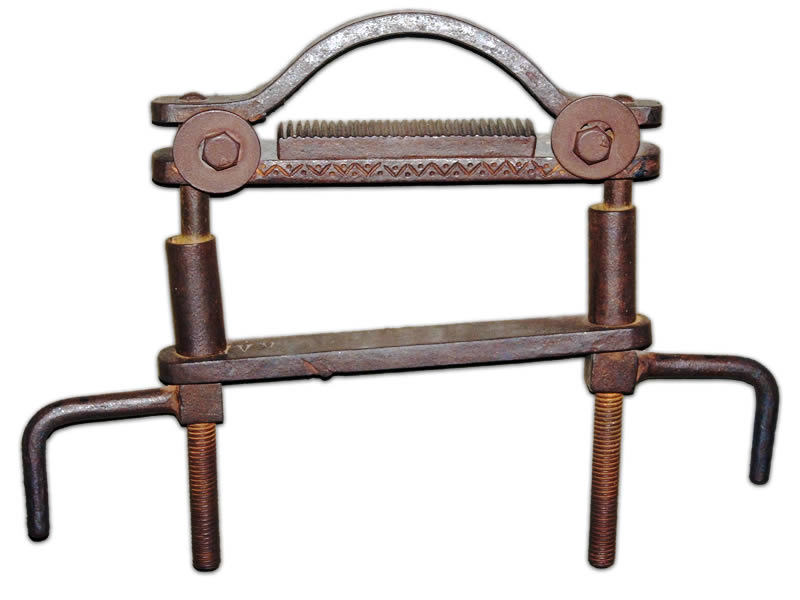 The Italian Pear of Agony

Not as exotic or delicious as you may have thought. Originating in 16th Century Italy, the agony pear is one of the cruelest means of torture found in the Ripley collection.

The pear would be placed in the mouth—or any other orifice a creative torturer chose—and then a screw mechanism would expand the pear’s unfolding metal arms. The sharp metal would stretch the victim’s insides causing exquisite pain and bleeding.

If left inside for too long, the victim would slowly suffocate to death without even being able to scream.

As you may have guessed, torturers weren’t really all that interested in getting a confession — after all, how do you confess with a pear in your mouth?!

The Truth About Chastity Belts

Chastity belts were historically designed for women, mainly for the purpose of chastity, to protect women from rape or to keep potentially unfaithful women and their partners from sexual temptation.

The device consisted of metal plates that locked over the nether-regions keeping business separate from pleasure.

The husband kept the key, safeguarding the woman until his return home from war, or whaling, or whatever else people never returned from in the 18th century.

This is probably why so many children at the time looked suspiciously like the town’s locksmith.

Brank Masks—or Scolds Bridles—were iron masks/muzzles locked over the heads of women to publicly torture and humiliate them for nagging, gossiping and sometimes witchcraft (allegedly).

The muzzles could vary from plain cages, to wrought-iron animal faces, like wolves, donkeys, or pigs.

The mask would feature a spiked metal plate that was forced inside the mouth, making it impossible for the victims to speak or eat. Some would even have a bell on to ensure the victim couldn’t hide from public shame.

Once being declared a scold, the woman would have the mask locked to her face, led through the town, and often was beaten before being chained to the town square. 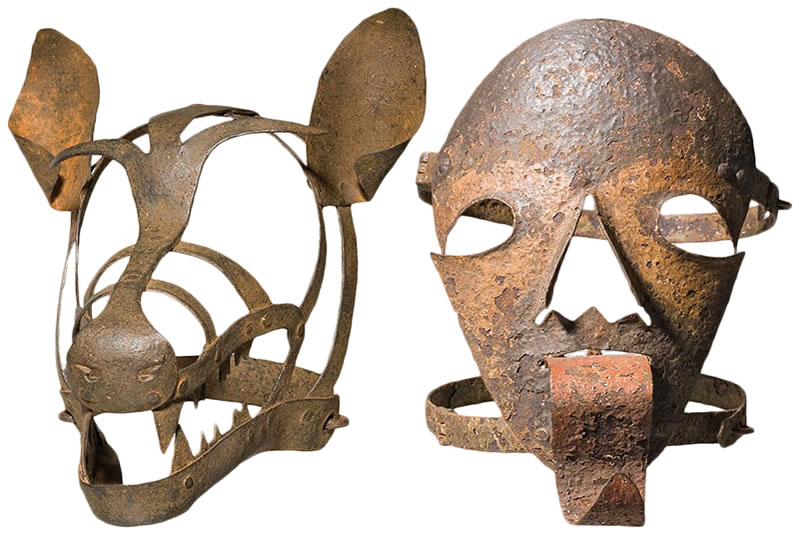 The Iron Maiden was a device so fiendish it was once thought to be fictional. The most famous is the Iron Maiden of Nuremberg, Germany.

Double doors open on the front, allowing entrance for the victim. In one example, eight spikes protruded from one door, 13 from the other. 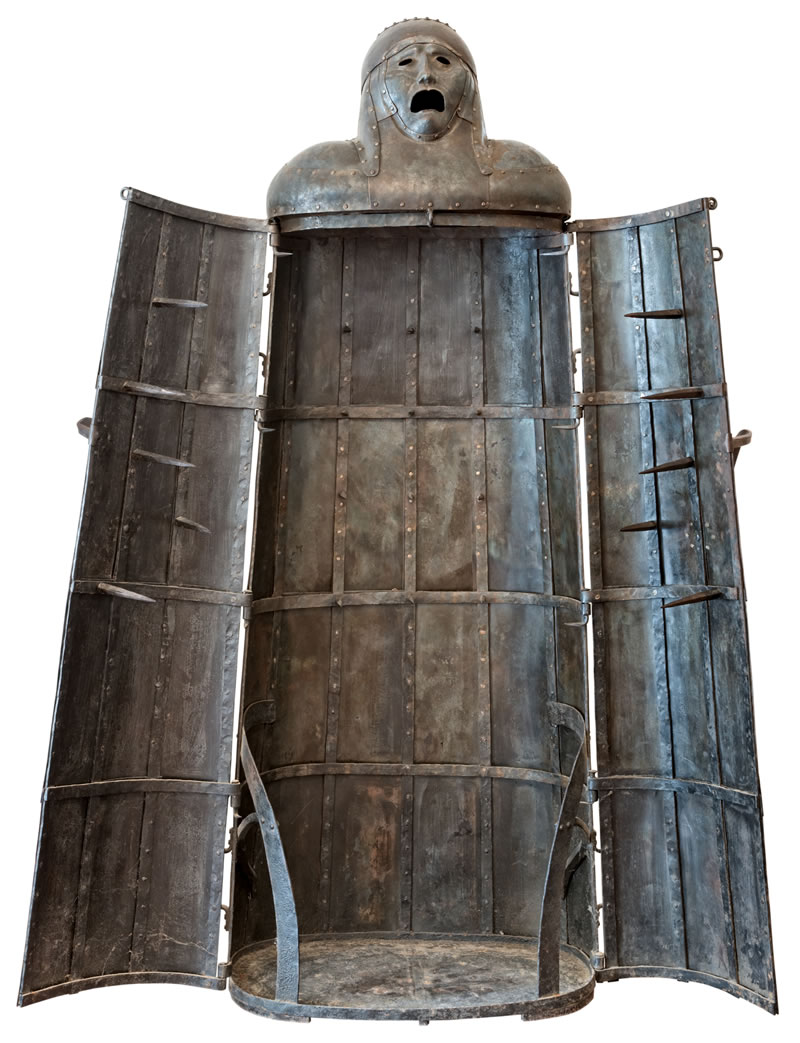 It’s an upright sarcophagus with spikes on the inner surfac­es.

Once the victim was inside, the doors were closed. There, the strategically placed spikes would pierce several vital organs. The wounds wouldn’t be instantly fatal. Instead, the victim would linger and bleed to death over several hours. Believe It or Not!