Medieval Vampire Burials Found in Poland Will Frighten You 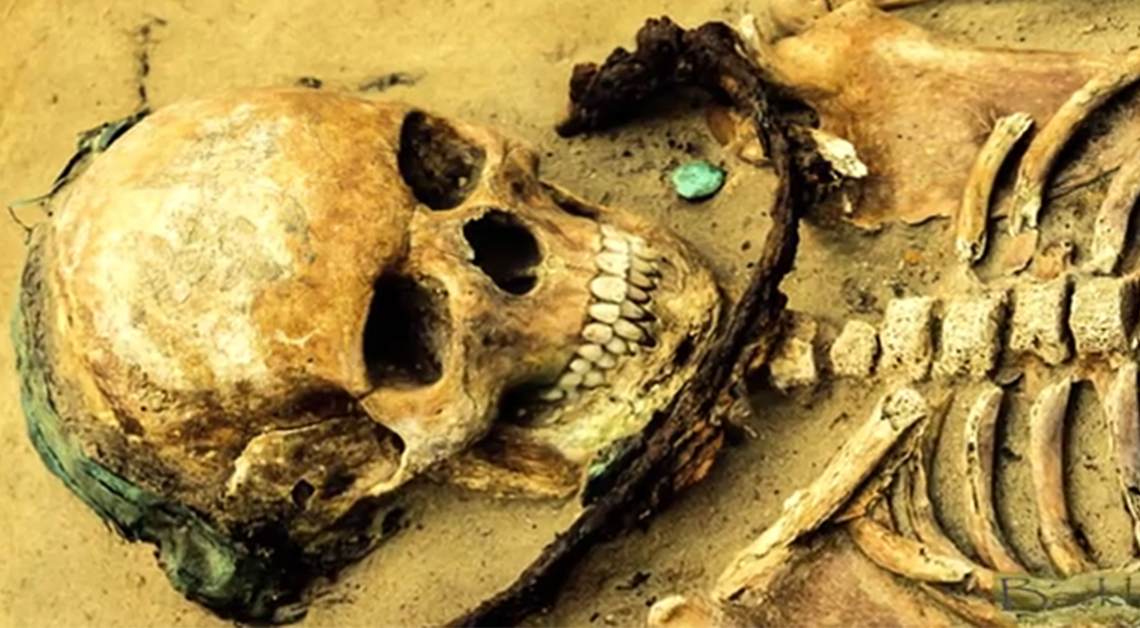 Believe it or not, the three graves date back to the 13th and 14th centuries. They were not buried in the cemetery but at the town’s edge in the village of Górzyca. Polish archaeologists say that the mangled corpses displayed holes in their spines, what others like to consider: a stake to the heart. These graves were not a coincidence. They were strategically concealed vampire burials.

Apotropaic practices—practices meant to subvert evil—were common in post-medieval Poland and were used on anyone who was thought to become a vampire or was ‘already’ one. Locals used sharp instruments to bind the neck and sometimes, the abdomen. It’s been said that locals believed this would damage the body enough to prevent the vampire from rising from their grave.

Out of the three mutilated skeletons, the archaeologists found the female had the worst punishment. Her knees were forcefully broken before they buried her face-down and pinned her head with stones. One of the male skeletons was found decapitated and dismembered.

Why did they consider these individuals vampires in the first place? It looks like they suffered from kyphosis. This condition gave them an exaggerated rounding of the back. As for the other male? It looks like his bones were in healthy condition; however, he too was buried with his head confined by two stones and a hole in his spine.

Yes, these were people who just happened to have health problems.

Did you know that in northwestern Poland, specifically Drawsko, around 285 human skeletons were found? Only six of the remains were vampire burials. One adult male, three adult females, one adolescent girl, and one skeleton of unknown sex was found. Most of the remains were pinned down with a large stone under their chin or with a sickle across their neck. These tools were intended to prevent the dead from biting and feeding on the living. 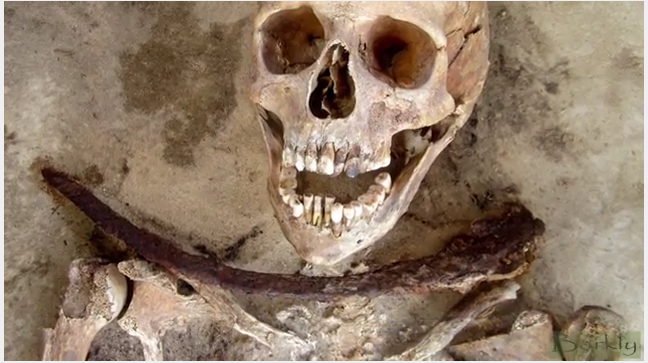 Vampire Folklore originated from pagan traditions that spread throughout Eastern Europe; however, Roman Catholicism didn’t accept such beliefs. It was a turbulent time during the Reformation period in Poland, but it seems that priests were willing to accept pagan funeral rituals. Churches believed it helped encourage people to follow their doctrine.

Unlike the movies, vampires weren’t always made; they were born. They were also never aristocrats, how convenient, but average people.

At Ripley’s, we have one of the world’s largest collections of Vampire Killing Kits. No two kits are exactly alike! Sold in the 19th-century, Vampire Killing Kits contained items considered necessary for the protection of people who traveled to countries of Eastern Europe, where the populace was known to fear Vampires. These kits usually included a wooden stake, cross, and garlic powder. Rupert Giles would be proud! 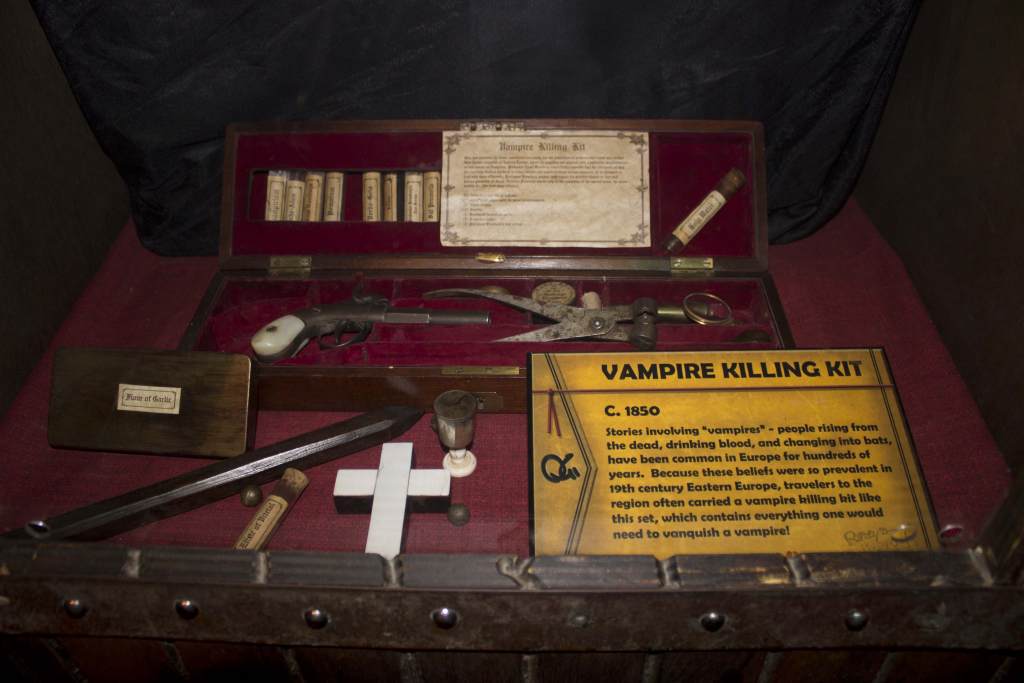 You can find this Vampire Kit in our Orlando Odditorium