Meet The First Woman Of The Ejection Club 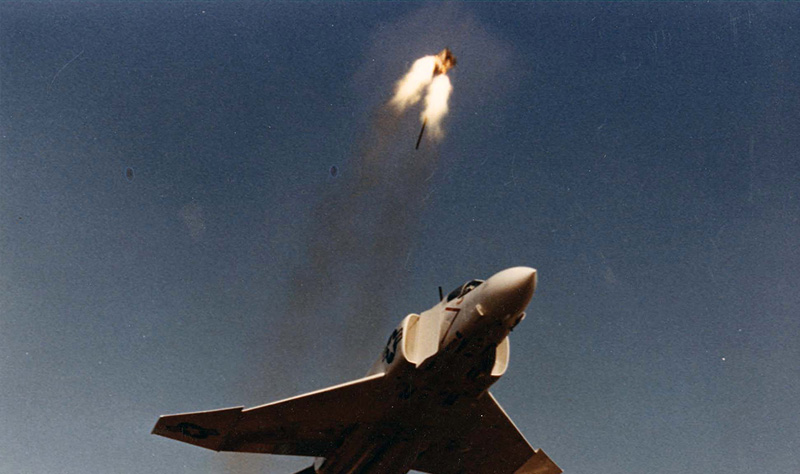 Lieutenant Linda (Heid) Maloney is the first woman in history to be ejected from an aircraft while flying a mission. She’s also the first woman to be inducted into a club where you have to have been thrown out before you can be let in.

On a warm and sunny winter day in 1991, just minutes into its ascent, the vintage Northrop-Grumman EA-6A Intruder was acting sluggish and began fishtailing. Co-pilot Lt. Linda Maloney remembers the pilot saying the words she had hoped she’d never hear:  “I don’t have control. Eject!” She looked at him in shock as he repeated, “Eject!” 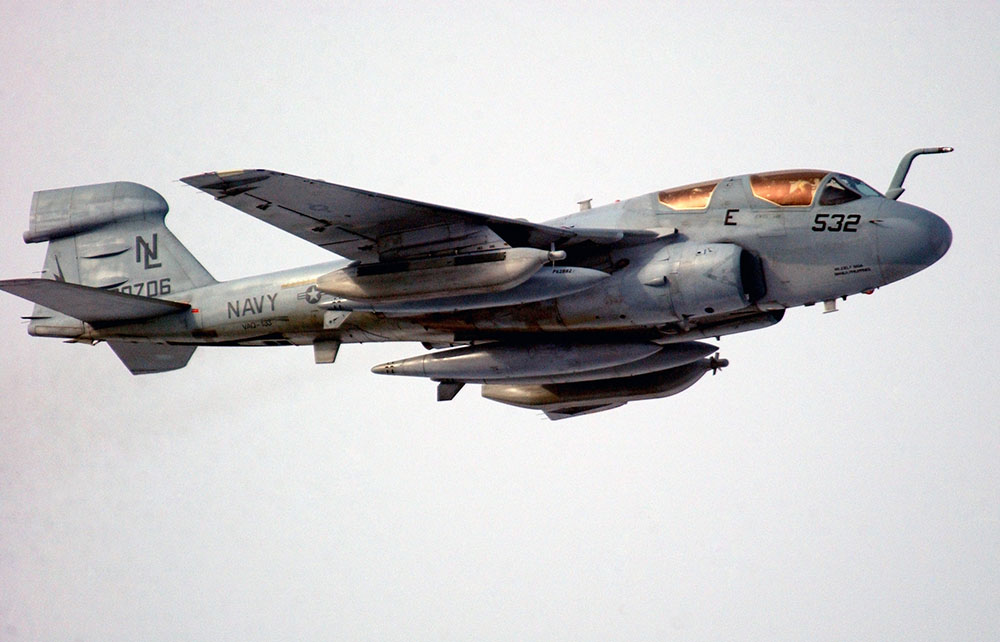 It all seemed to happen in slow motion.  Linda pulled the upper ejection handle and her seat exploded through the canopy glass.  She recalls a powerful explosion and riding up the rails of the ejection seat. She’d had a pad full of paper on her lap and it was flying everywhere, giving her the sensation of yellow confetti flying throughout the cockpit. Linda lost consciousness briefly and came to when she was hanging in her parachute…drifting down towards the ocean.   Her helmet visor had ripped off during the force of the ejection and her glasses were gone as well, rendering everything fuzzy.  She could not see the airplane or the pilot who had ejected seconds after she did.  All she could see was the ocean below and the shoreline far in the distance.

“After I hit the water,” Linda recalls, “I quickly got into my raft, which is part of the ejection seat that you deploy manually while in the parachute.  I sat there contemplating my situation, lit off a few flares and released an orange dye marker into the water, and pulled out my radio only to find it was dead.  Then I briefly scanned my body to see if I had any injuries.  My chin was bleeding and I remembered the upper ejection handle smacking into my face after I pulled it. My hands and knuckles were cut and bleeding, but I didn’t seem to have any other injuries.”

“Later the pilot told me that after he ejected, he saw the aircraft continue to roll and then nosedive into the water with a formidable crash.  I remember feeling very grateful to be alive and glad that the ejection seat actually worked as advertised.”

Linda soon realized that a maritime surveillance aircraft had been directed to the scene to find survivors.  “I knew that they saw me because they were doing a figure eight and rocking their wings.  I felt so relieved!  As the aircraft approached my raft, a crew member motioned to ask if I was ok. I gave a ‘thumbs up’ and saw he was very surprised that I was a woman.”

A few weeks after the incident, Linda received a call from a Martin-Baker representative in the UK congratulating her on a successful ejection and informing her that she was being inducted into the Martin-Baker Ejection Tie Club. He asked if she wanted the commemorative tie that they bestowed upon all Martin-Baker ejectees or, something else since she was the first woman to ever be awarded this accolade.

“Not sure that I wanted a tie so I left it up to the company to decide,” Linda explains.  “Soon after, I received a letter in the mail inviting me to England to officially receive a Martin-Baker pewter pin, specially designed for the first woman ejectee, to be presented by Diana, Princess of Wales.  However, the Navy denied my request to travel to England for the presentation, stating that military members couldn’t be perceived as endorsing a company or product.”

Linda was very disappointed with the decision but respected it with grace. Shortly thereafter, she attended a gala in Washington, D.C. paying tribute to Martin-Baker Ejection Seats saving 6,000 lives, where she was honored and presented the commemorative pin. 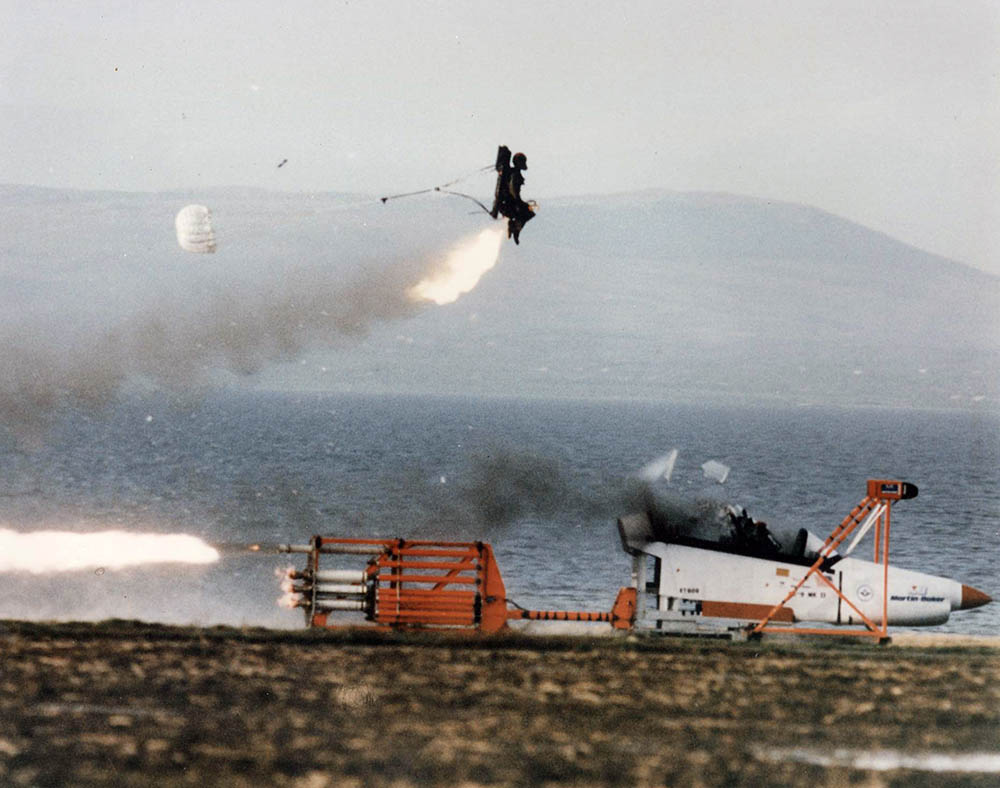 In the nearly three decades since that fateful yet fortuitous flight, Linda has built a business, Women Vets Speak, published a book, Military Fly Moms ~ Sharing Memories, Building Legacies, Inspiring Hope, gotten married and is happily raising two boys, Ethan and Aron.  She says, “I loved my career in the Navy and I always say that I could never give the Navy back what they gave me. I’m honored to have served and am glad to pass that legacy down to my kids.” Of course, Linda still has her pin but she’s also looking into getting two Ejection Club ties…one for each of her sons.

Next post The Limelight That Lit The Swedish Nightingale