Grace's show-stopping feats began as a hobby in college. 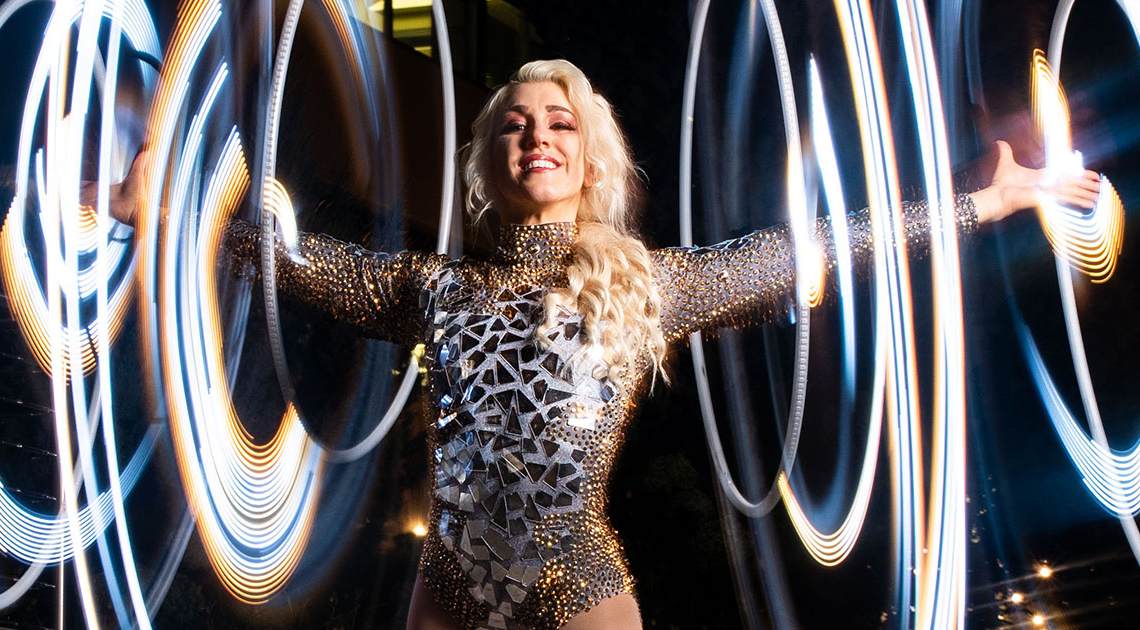 World-renowned circus artist Grace Good astonishes audiences with aerial feats and fiery stunts, as well as impressive hoop and balancing acts — sometimes combining them all into one jaw-dropping spectacle!

Grace began her circus journey teaching herself hoop tricks as a hobby in college, but she soon grew to love the art and began adding extra hoops and fire. Determined to make a career out of hooping, she left school and began performing on the streets of Nashville, Tennessee. 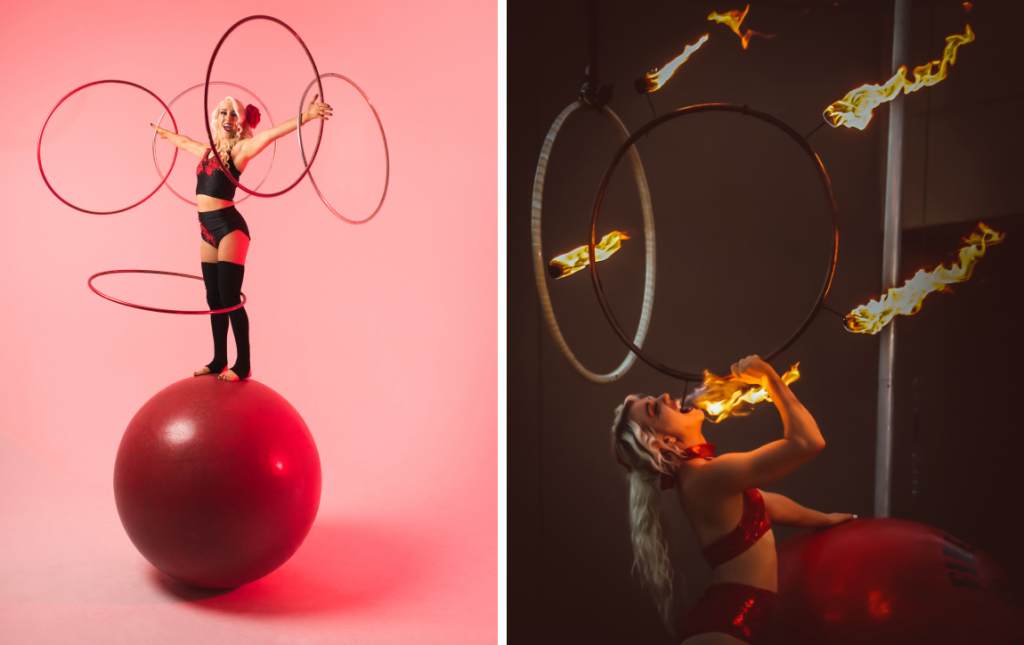 It wasn’t long until Grace was approached by a circus aerialist, who took Grace under her wings. What followed was a whirlwind adventure of learning other circus acts, joining a touring company, going viral on social media, and even performing on national television!

Although Grace has earned great success, that doesn’t mean she has stopped pushing herself. One of her most recent tricks, and biggest challenges to date, involves her hanging from an aerial silk by one hand while keeping multiple hoops spinning around her body! Believe It or Not!, Grace begins the feat while balanced atop her iconic “big red ball,” which is almost as tall as she is! 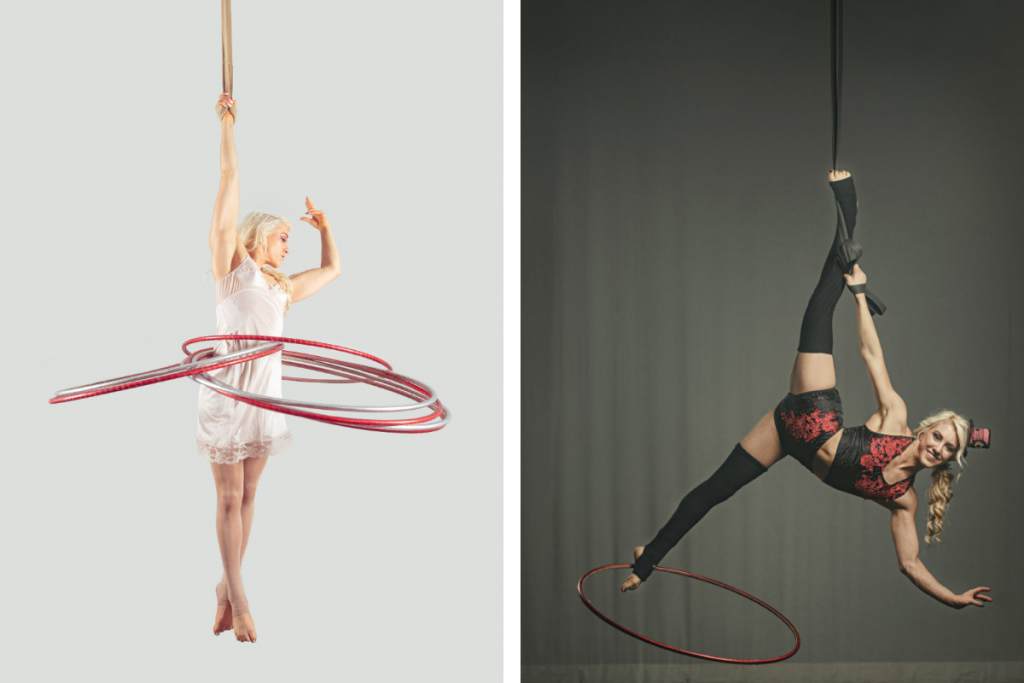 From touring internationally with Cirque Dreams, appearing across national television and even performing at various NBA halftime shows, Grace is an unbelievable talent and is able to captivate audiences all over the world.

Grace has also found major success on social media as her videos continue to go viral showcasing some of her incredible and eye-catching abilities. With over 3 million followers on TikTok and Instagram, Grace’s addicting content is not to be missed! Catch one of her live performances in Las Vegas or Nashville, or follow the link for upcoming tour dates and see when Grace is coming to a city near you!

@gracegoodcirqueTake me higher! 😍 I am having an absolutely blast performing at the Ansar Shrine Circus this weekend! I performed so many new tricks and made amazing new circus friends, plus got to perform for thousands of beautiful people! Thank you Springfield IL!♬ Take Me High – Kx5 & deadmau5 & Kaskade

Next post Lost for Decades, Wallet and Ring Returned to Original Owners

Previous post Is the Phrase 'Saved by the Bell' about Being Buried Alive?