Willard Wigan is a sculptor, but his sculptures are the size of an eyelash.

Willard Wigan of Birmingham, England may have the most precise and steady hands of anyone in the world.

He’s a sculptor, but his sculptures are the size of an eyelash. 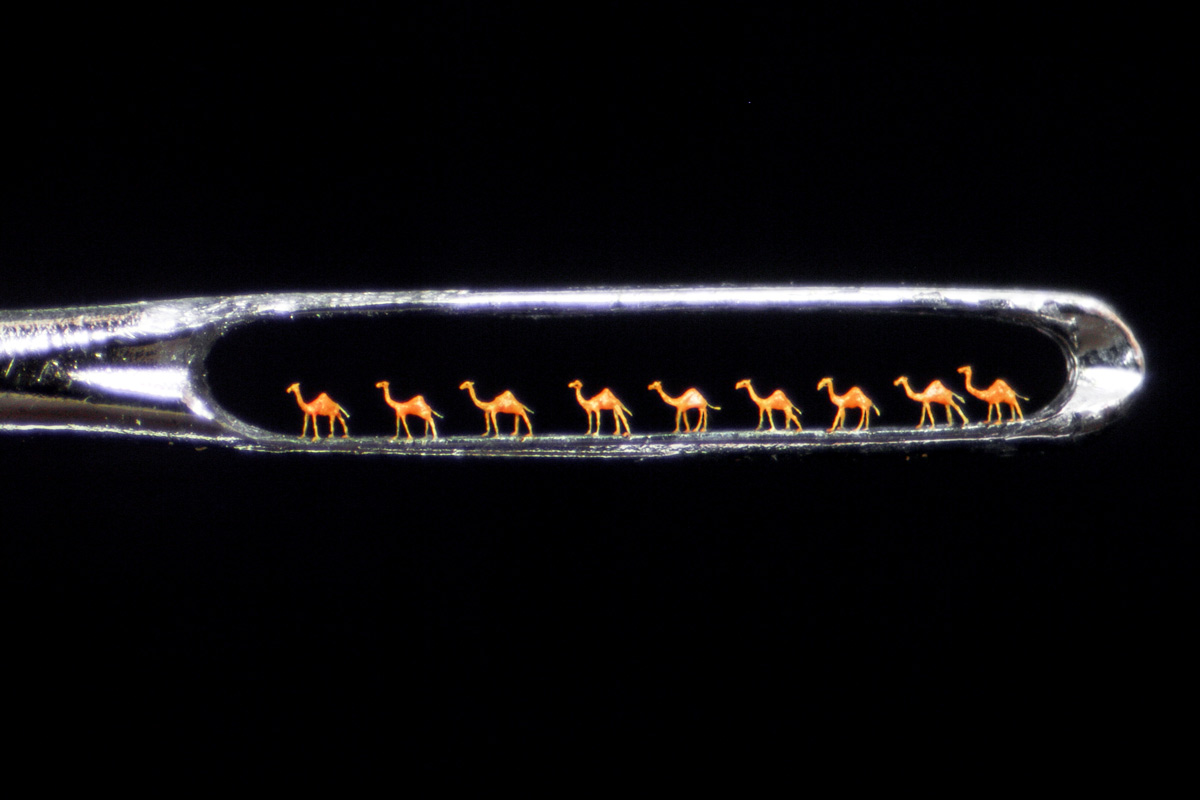 9 Camels in the Head of a Needle

In fact, his sculptures can’t be seen with the naked eye. To see his creations you’ll have to look through a microscope that can zoom in at least 400 times. That’s close enough to see a split in a hair.

The sculptures are often made from glass or fabrics modeled into shape. There’s no lack of creativity here, one of his first sculptures was made out of the nylon tag of a t-shirt.

The paint and details on Willard’s statues is measured in microns! 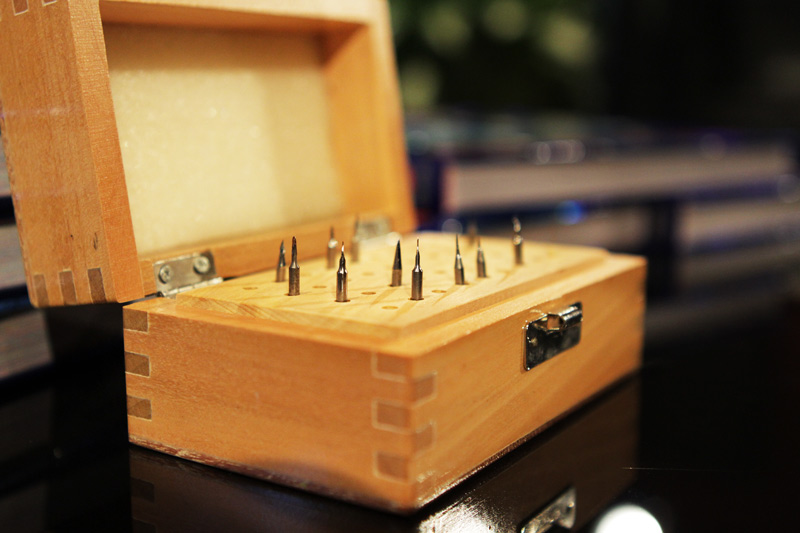 In last week’s blog post, the woman who uses giant yarn had a similar problem to Willard: The same way that she had to fashion her own pair of giant knitting needles, he had to be inventive and construct his own tools.

He also gets creative with his mediums. The ropes and strings you see in his work are made from spider webs.

As you can imagine, microscopic paintbrushes aren’t a popular item in art supply stores. Willard’s clever solution was to pluck one of his own hairs (and later a hair from a fly) and use the tiny filament as his paint brush.

To paint something so tiny he has to work in the second and a half pauses between his heartbeats.

The whole process of sculpting and painting can take 6 weeks to 3 months of working through the lens of a microscope.

Ripley’s Believe It or Not! now has almost 100 of Willard’s pieces, and they are going to tour!

Tour dates will be announced soon. In the meantime you can read Willard’s full story and more in Ripley’s 9th edition of odd, “Download the Weird.”

See More of His Work Below! 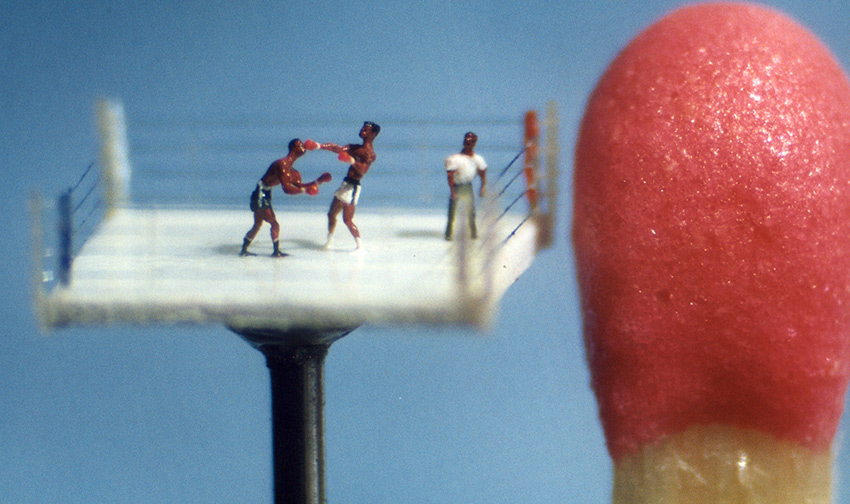 Ali vs Liston on the Head of a Pin 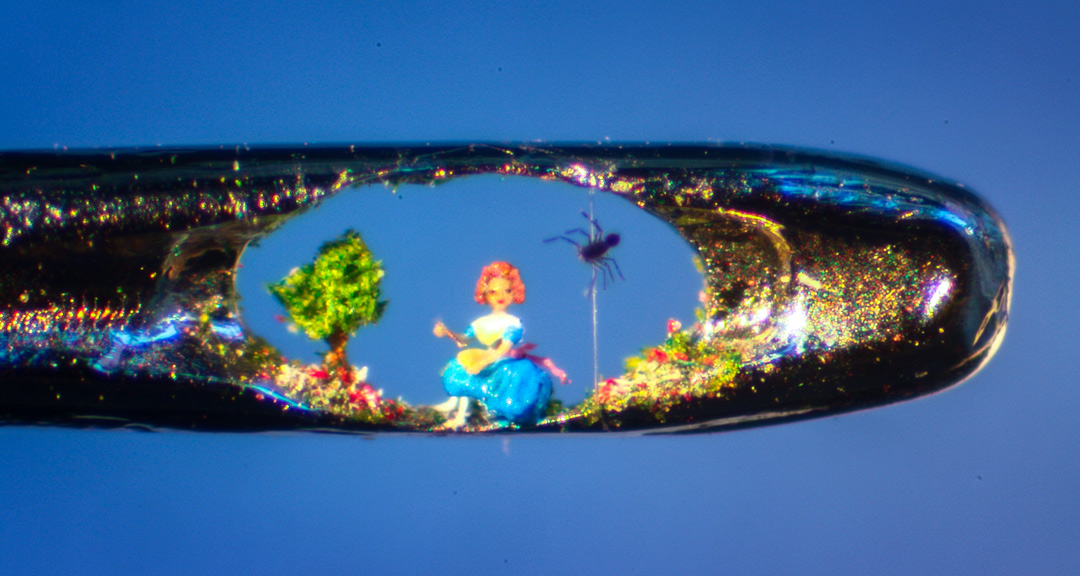 Little Miss Muffet in the Eye of a Needle 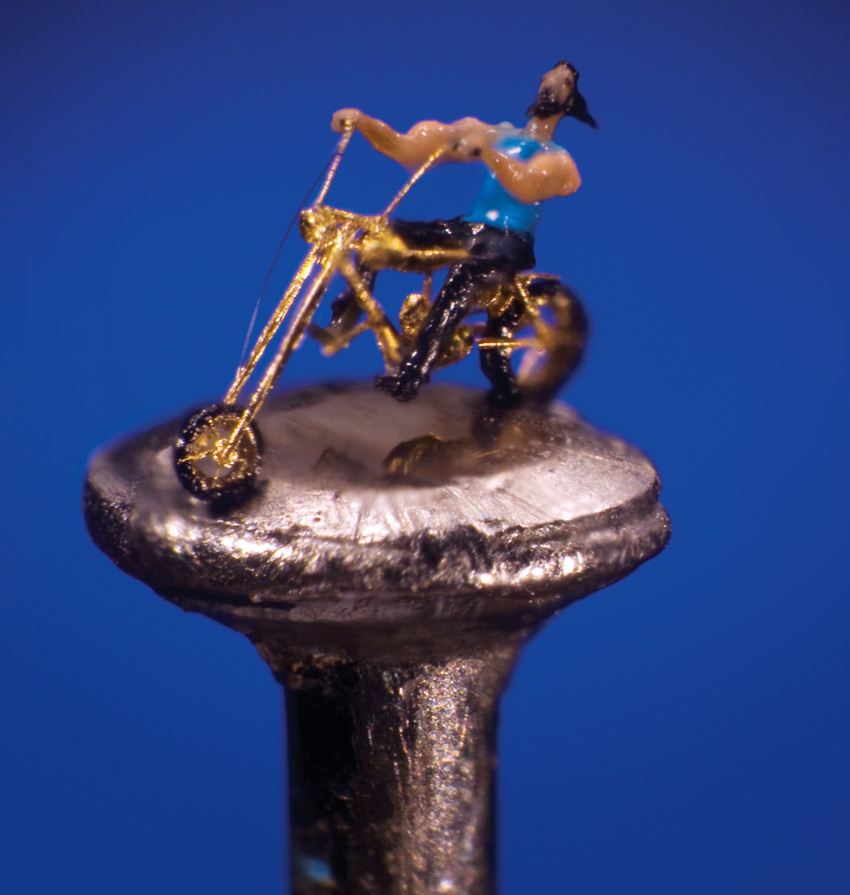 Harley Biker on the Head of a Pin 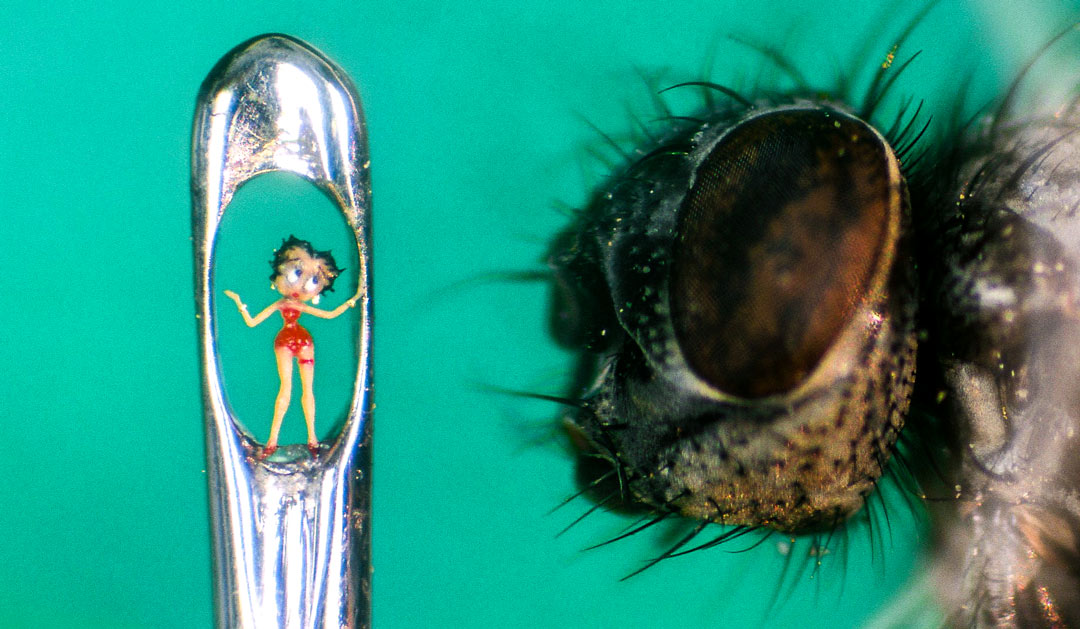 Betty Boop in the Eye of a Needle 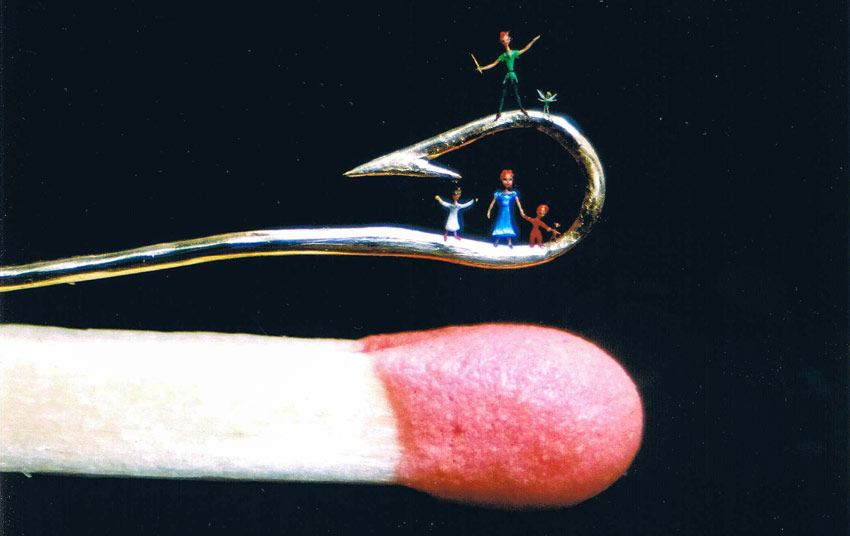 Peter Pan on a Hook! 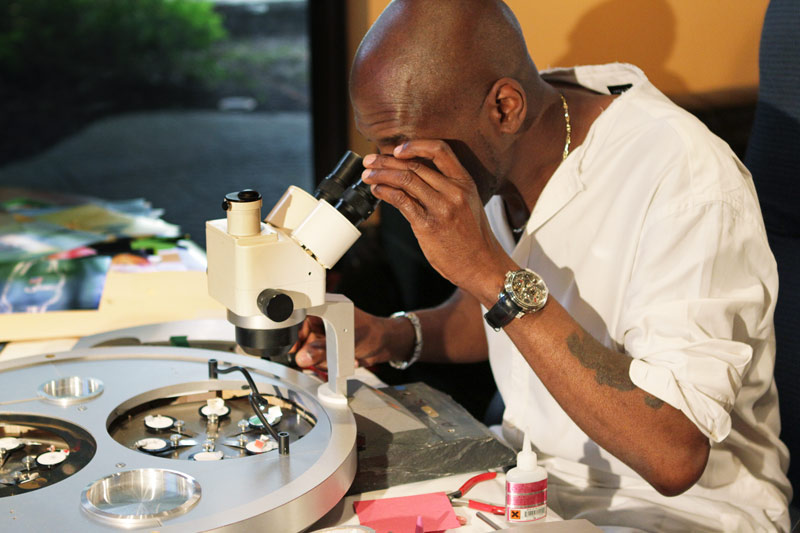 Willard inspecting his own work under a microscope. 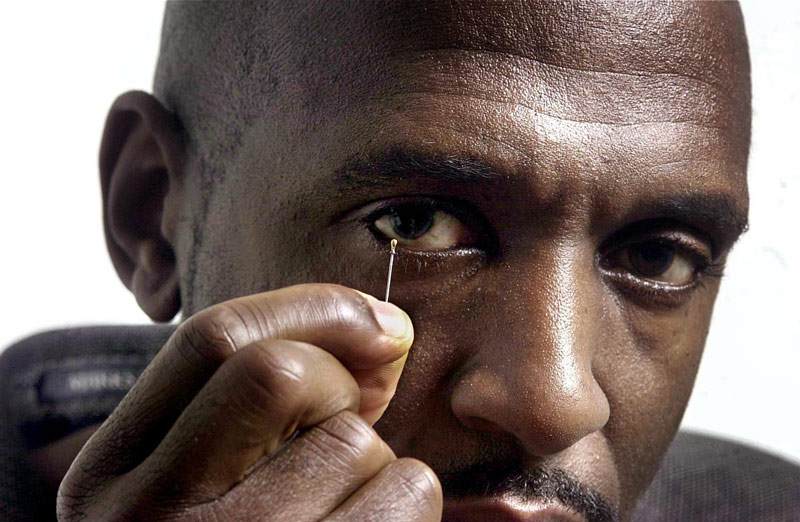 Next post Brothers Build Towering Animals Out of Snow