Ready to get a mile high? 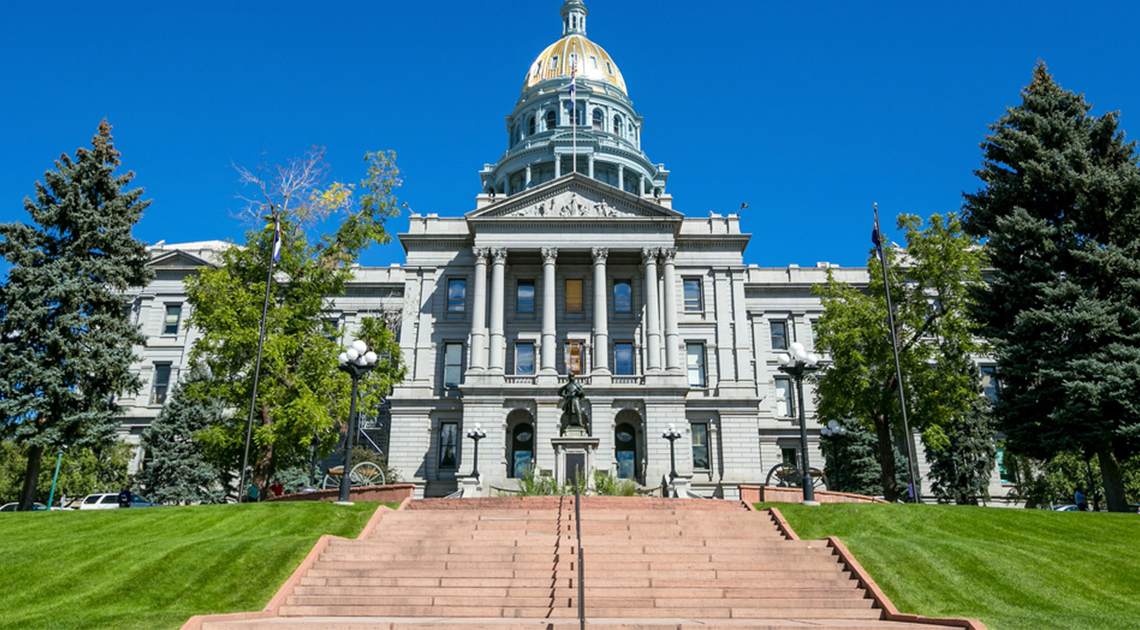 Ready to get a mile high? It’s where the golf balls travel farther, the alcohol makes you drunker and the sun burns you more — because you’re closer to it. Not kidding.

Well, you can do it in Denver, the Mile High City, if you know exactly where to go. Locals will tell you that you must seek out the Capitol Building, specifically the West Side entrance, and only when you’re on the building’s steps will you officially be at 5,280 feet, or a mile high, in the sky.

Because somewhere along the way, the people who created the markers got confused. As of today, there are actually three separate granite steps — at three separate elevations — marking where the official Mile High spot should be. So which one is correct?

The 15th step says “One Mile Above Sea Level,” which it apparently was from 1909 to 1969. Then a group of Colorado State students remeasured, and they decided the marker should be placed on the 18th step. So they put a marker there. 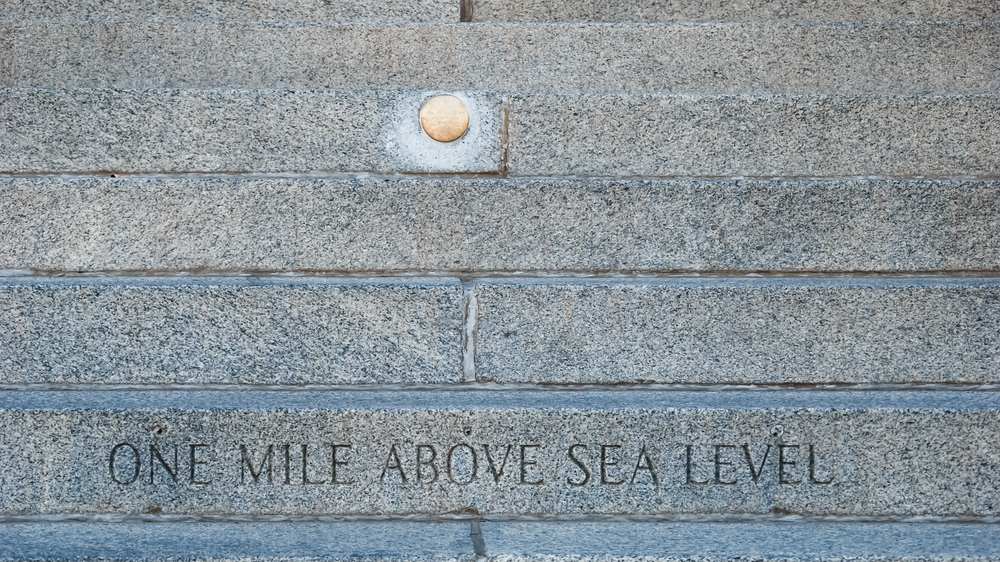 This lasted until 2003 when a separate group of researchers again measured and discovered the 13th step to be correct. So a ceremony was held and the governor gave a speech, and a brass medallion was installed as a marker on the 13th step. It all took place a few feet away from the other markers.

The discrepancy here seems to lie in the method of measurement being used. The North American Vertical Datum is the standard measurement of orthometric height in the U.S., but in the 1960s, measurements were done using a different standard.

Maybe in a few years, we can use another measurement system to install yet another marker on the steps.

Dozens of rumors still exist attempting to explain the reason for the three markers. One person said the building is actually sinking a bit, causing officials to name a new official elevation. But don’t believe the hype.

It hasn’t deterred scores of tourists from visiting the capitol every day to get a selfie at exactly one mile high. That is, except for the Europeans, who always seem a bit less than enthused — possibly because they don’t care what a mile is. They don’t use it.

But for those who do make it part of their trip, it’s worth noting: Elevation sickness is a real thing, and it can make you disturbingly ill. Doctors advise to drink lots of fluids and take breaks if you’re going to be hiking up to high elevations (or if you’re doing any kind of activity). 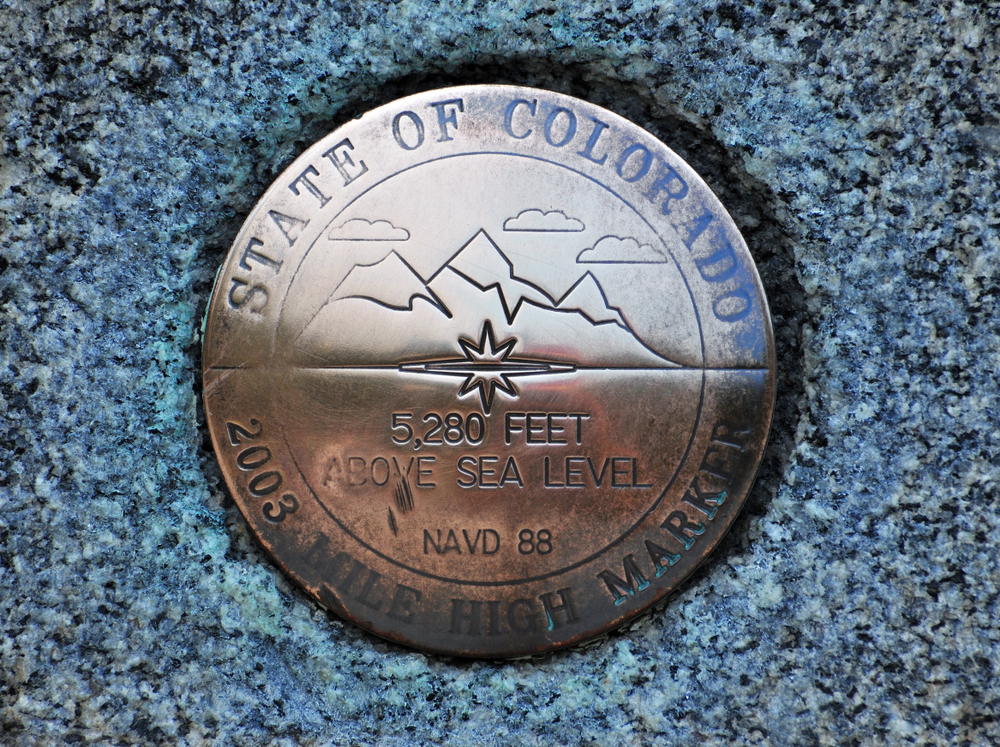 Interested in other Mile-High markers? Visit these places in the city for more Mile-High views:

Everything, it seems, is a mile high in this town. Of course, as we now know, it really depends on who’s doing the measuring.

Next post How Many Spiders Are You Swallowing While You Sleep?