Nine out of 10 people alive today were born after she became queen! 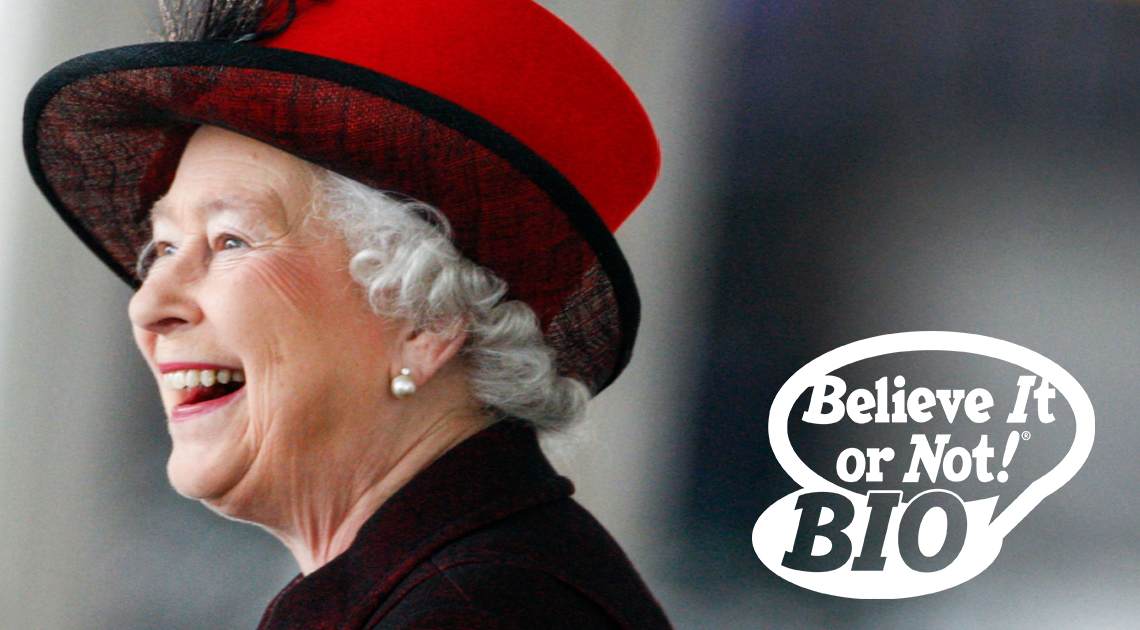 Queen Elizabeth II spent 70 years of her 96-year-long life reigning over the British Isles and the Commonwealth. During her extraordinary lifetime, Elizabeth II broke the record for the most currencies printed featuring one ruler. And despite the fact she carried very little (if any) cash in her signature Launer patent leather top handle bag, she ranked as the wealthiest Queen on the planet. But that’s just the tip of the iceberg when it comes to mind-boggling facts about one of the most fascinating figures of the 20th and 21st centuries.

During World War II, Queen Elizabeth II (then Princess Elizabeth Windsor) became the first female royal family member to serve in the military. As inductee No. 230873, she volunteered as a truck mechanic with the Auxiliary Territorial Service. This role required passing a six-week training course and earning the rank of Junior Commander. Along the way, she learned how to read maps, repair engines, and pass a military driving test.

The Sisters Partying in Disguise

On May 8, 1945, the streets of Great Britain flooded with people ready to celebrate the end of World War II in Europe. Among the revelers were future Queen Elizabeth II and her sister Margaret, who gained permission from their parents to get festive with commoners. But there was one condition: They had to go incognito and remain unrecognized. In 1958, Elizabeth described the scene, “I remember lines of unknown people linking arms and walking down Whitehall, all of us just swept along on a tide of happiness and relief… I think it was one of the most memorable nights of my life.” This incredible story inspired 2015’s A Royal Night Out.

In 2017, Queen Elizabeth II and Prince Philip celebrated their 70th wedding anniversary. Having married in 1947, two years after the end of World War II, they considerably toned down the pomp and circumstance associated with royal nuptials. Times remained austere, and Elizabeth used ration cards to purchase her wedding dress, receiving 200 extra from the government. Countless brides-to-be also mailed her their cards, but she sent these back to the original donors since it was illegal to transfer card ownership to another person.

Traveler Without Driver’s License or Passport

The most well-traveled monarch to reign in Great Britain, Queen Elizabeth II visited more than 100 nations, some multiple times. For example, she traveled to France 13 times and spoke French fluently, thanks to her childhood governesses. She also visited Canada a whopping 22 times. Despite so many whirlwind adventures, she didn’t hold a passport or a driver’s license because, as sovereign of Britain, she was the only person in the nation who didn’t require these documents.

Most of us have never posed for a painted portrait and never will. The closest we get is picture day in school. But the life of a monarch includes LOTS of image snapping. All told, Queen Elizabeth II sat for more than 200 official portraits — both photos and paintings — leaving many lasting impressions for her family and nation. The first portrait she ever sat for was in 1933 at seven. For context, that was six years before The Wizard of Oz came out in theaters!

Serving as the sovereign leader of a nation comes with many weighty duties. But did you know card writing was among them? During her reign, Elizabeth II sent more than 300,000 birthday cards to Brits celebrating their 100th birthday. And she penned more than 900,000 messages to couples commemorating their 60th wedding anniversaries. While it’s a shame she didn’t make it to 100 herself, she and Philip did celebrate their diamond wedding anniversary and many more.

A Mountain of Corgis

The Queen loved her precious corgis, owning more than 30 of these short-legged shepherding canines throughout her lifetime. The love of these big-eared, foxy-looking little critters began when she was seven and encountered a friend with one. After begging her father for a similar pup, Elizabeth named the little guy Dookie. Then, in 1944, she received another corgi named Susan for her 18th birthday, sealing her lifelong devotion to the breed. Among her other iconic pets were Monty, Candy, and Lissy, and they received royal treatment, including chef-prepared meals and visits to pooch psychologists!

Thanks to Queen Victoria, Queen Elizabeth II’s great-great-grandmother, royal wake-up calls have long included a surprising element: 15 minutes of playtime by royal bagpipers. The pipers performed outside the Queen’s window at 9 a.m. sharp every morning for decades, whether she resided at Windsor, Buckingham Palace, Holyroodhouse, or Balmoral. Apparently, a quarter-hour of boisterous drones does the trick, no snooze button permitted.

Although corgi dogs remain synonymous with Queen Elizabeth II, most people don’t realize she also owned TONS of wild animals. As Her Royal Highness, Elizabeth laid claim to all whales, dolphins, and mute swans in the United Kingdom’s territories. Although it’d be easy to assume her love of animals motivated the tradition, it stems back to a decree from 1324, which declared whales and dolphins “fishes royal.” As for mute swans, they’ve been prized as delicacies for feasts and banquets since the 12th century, entitling them to protection from the Crown. But these are just the beginning when it comes to the royal menagerie, which also includes a colony of bats!

Queen Elizabeth II’s birthday was in April, but her official party happened annually on June 11. Why the yearly delay? Because of previous sovereigns whose birthdays occurred during the cold-weather months. No matter how devoted subjects have been to their monarchs over the centuries, the United Kingdom is notorious for harsh winters. So, 260 years ago, the British designated June 11 as the official monarch’s birthday. The event is marked each year by Trooping the Color, which includes 1,400 parading soldiers, 400 musicians, and 200 horses.

Portrayals in 100 TV Shows and Movies

As the longest-reigning Queen in British history, people have remained intrigued by Elizabeth II since her birth on April 21, 1926. So, it’s little wonder that various actresses have played the iconic leader in at least 100 dramatic depictions on the silver screen and in television dramas. Among the most famous are those by Helen Mirren in The Queen (resulting in an Oscar win for Mirren) and Claire Foy for Netflix’s The Crown.

The Need for Countless Hats

Her Royal Highness drew a crowd wherever she went. People lined up for hours to catch a glimpse of Her Royal Highness on parade. So, she quickly developed the habit of wearing eye-catching hats wherever she went. Sophie, Countess of Wessex, explained, “She [needed] to stand out for people to say… they saw a bit of The Queen’s hat as she went past.” But this created another problem. Members of the Queen’s staff started betting on which colors she’d wear next based on the hats lying around. So, the royal dresser, Angela Kelly, started leaving random “decoy” hats at royal residences to ensure no one but she and the Queen knew which ensemble would debut next.

At her 21st birthday, four years before she would be come queen, Elizabeth stated, “I declare before you that my whole life, whether it be long or short, shall be devoted to your service, and the service of our great imperial family to which we all belong.” Of course, she could have never known just how long that service would be. After all, nine out of 10 people living on the planet today were born after she became queen!

Next post Check Out the 'Mewseum' With Over 13,000 Cat Figurines